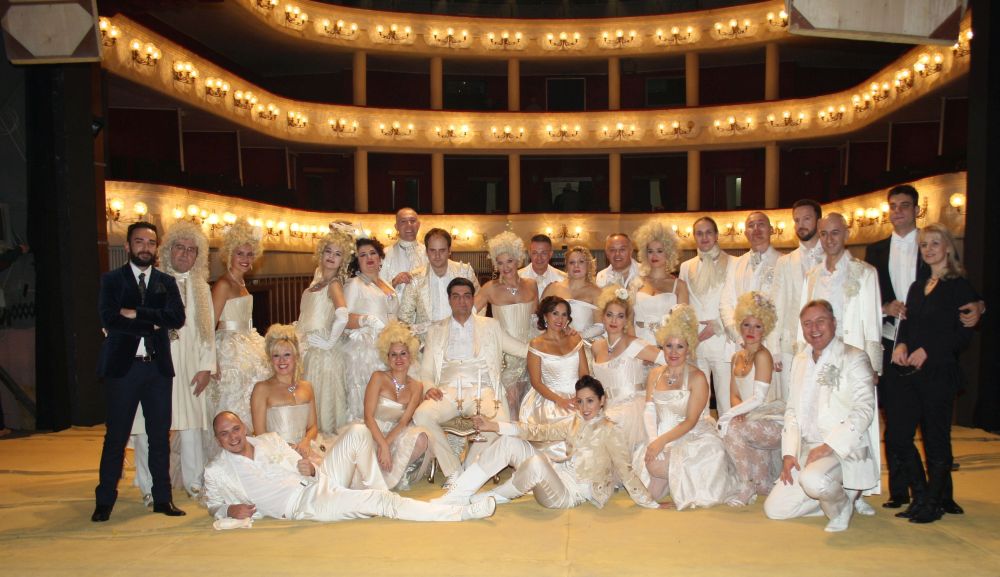 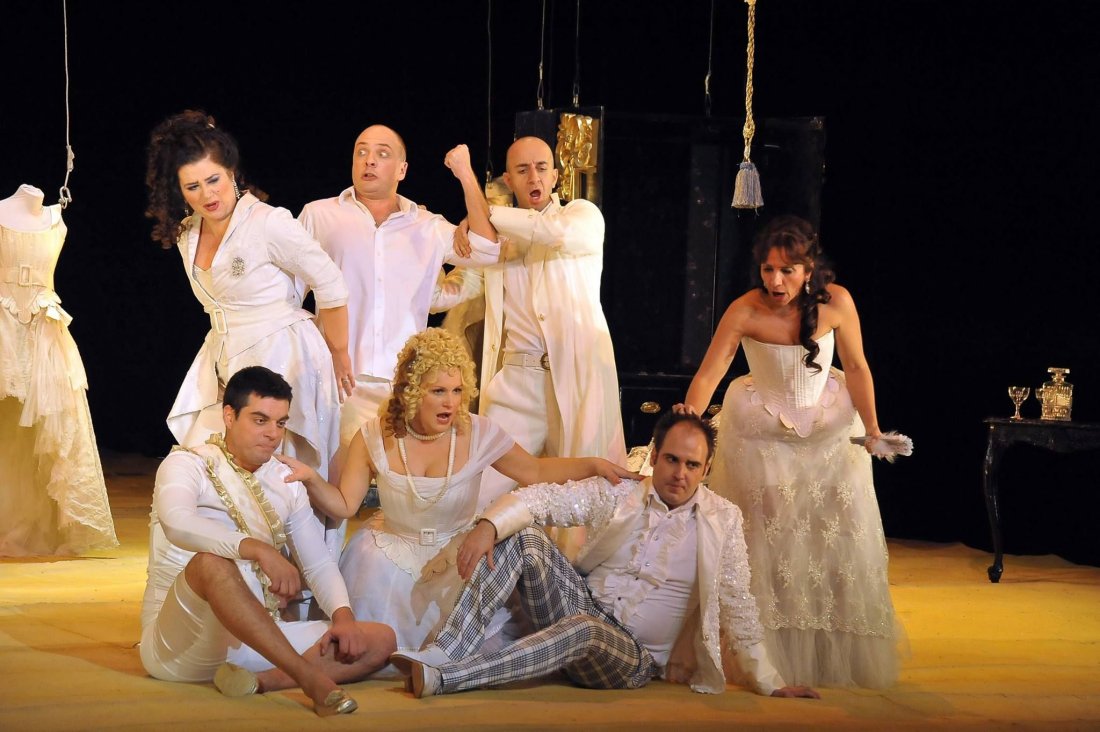 The Opera Company of the National Theatre in Belgrade toured the Romanian Opera in Craiova and performed Mozart’s opera The Marriage of Figaro with much success at the 14th Elena Teodorini International Festival on 15th November.
With their impeccable performance, our artists delighted the audience in the hall filled to capacity, thus continuing a series of successful tours to the neighbouring country in the course of last year (Rigoletto, The Flying Dutchman…). The performance closed this year’s Elena Teodorini International Festival in the best manner possible. Numerous theatres and ensembles from Romania and Europe performed in the Festival, which lasted for more than a month.
In the performance, Stefan Zekić held the baton and the cast were Vuk Zekić (Count), Sofija Pižurica (Susanna), Aleksandra Stamenković-Garcia (Countess), Nebojša Babić (Figaro), Ljubica Vraneš (Cherubino), Ivanka Raković Krstonošić (Marcellina), Dragoljub Bajić (Bartolo), Danilo Stošić (Basilio), Igor Matvejev (Don Curzio), Jovana Belić (Barbarina) and Pavle Žarkov (Antonio).
Orchestra and Choir of the Opera Company of the National Theatre in Belgrade performed as well.
Boris Maksimović designed the set and Bojana Nikitović designed the costumes.
The Marriage of Figaro had its world premiere in Vienna on 1st May 1786. The opera’s libretto is based on the famous comedy written by Pierre-Augustin Caron de Beaumarchais. Beaumarchais and Mozart were similar in temperament, intelligence, abundant talent, wit, sense of comedy and satire, remarkable power of observation, free and rebellious spirit. It was not by accident that the combination of these two great artists, with the assistance of Lorenzo Da Ponte, an Italian librettist, produced one of the best and most frequently staged operas.
For three hours, the audience enjoyed the magic music by Mozart, performance of remarkable soloists and exceptional Orchestra and Choir while the picturesque masquerade on stage, with many intrigues and schemes and comedy of situations and characters, have often called for applauses and laughter during the performance. When the performance ended, the audience rewarded our artists with long standing ovations.
Opera The Marriage of Figaro, directed by Jagoš Marković, premiered on 21st October 2010 within the 42 BEMUS Festival. In the meantime, Marković’s stage directing has been revived by Aleksandar Nikolić.
The 14th Elena Teodorini International Festival was opened on 10th October; besides the Romanian Opera of Craiova and the National Theatre in Belgrade, the following theatres also participated in the Festival: Sofia National Opera and Ballet (Bulgaria), National University of Music Bucharest (Romania), Opera Theatre Magdeburg (Germany), Chisinau National Opera and Ballet (Moldova), National Chamber Choir Madrigal from Bucharest, etc.
The Elena Teodorini International Festival stems from the initiative of a bunch of enthusiasts and educated servants of the marvellous lyrical art, aiming at providing a genuine homage to the great world-renowned soloist and guide of young vocal talents – Elena Teodorini (1857-1926).
This region’s powerful cultural tradition triggered the search for new means to promote genuine musical values, thus the Festival became one of large-scale artistic events in a European cultural context.
This Festival helps promote the Romanian school of canto, emblematically represented by the Craiova-born Elena Teodorini, among many other illustrious names, also stimulating the proliferation of vocal arts within the much more ample context of the European Union.
M.B.

Click HERE to see photographs from the tour to Craiova