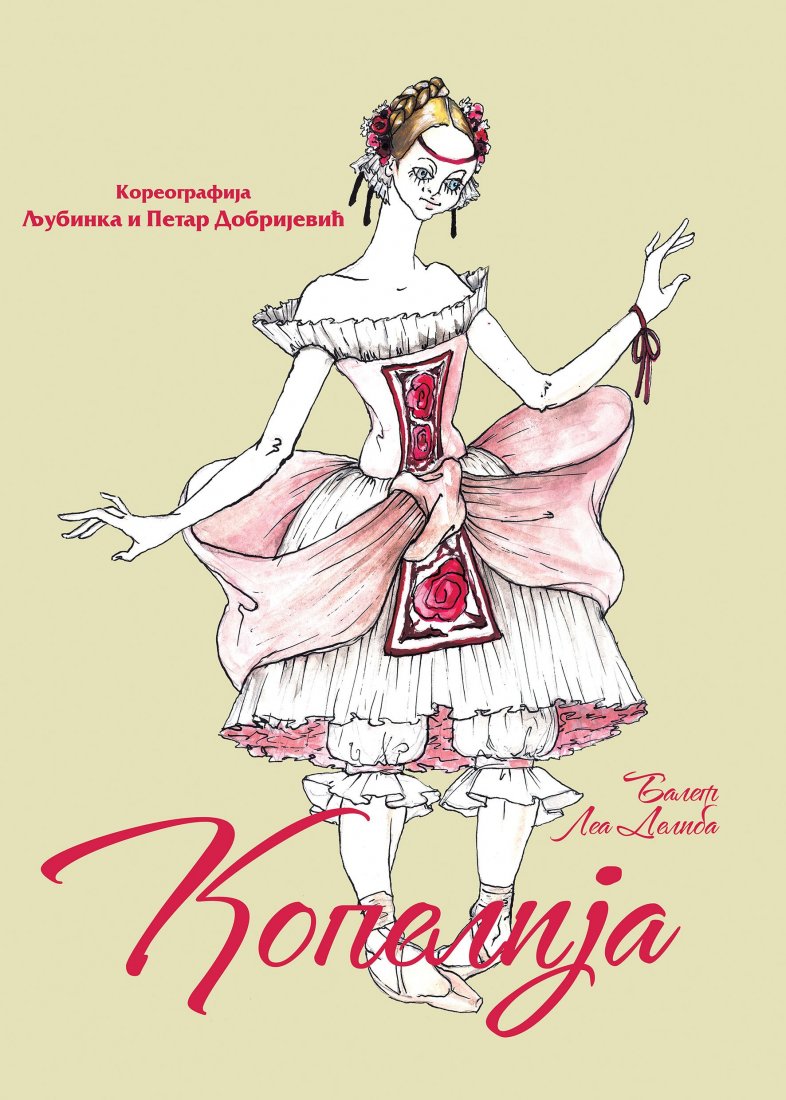 PREMIERE OF COPPELIA BALLET, CHOREOGRAPHED BY LJUBINKA AND PETAR DOBRIJEVIĆ, TAKES PLACE ON THE MAIN STAGE ON 15 DECEMBER 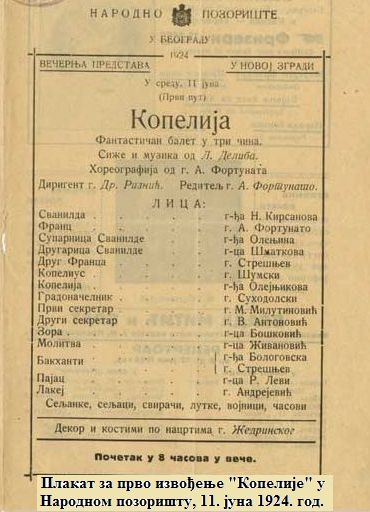 Coppelia, a ballet in two acts to the music by Leo Delibes, will premiere on the Main Stage on Tuesday, 15th December (19:30 h). The ballet is choreographed by Ljubinka and Petar Dobrijević. This production will be the sixth staging of Coppelia in the National Theatre.
The original choreography for this sentimental ballet with comical elements was done by Arthur Saint-Leon; he was a renowned dancer and a ballet librettist, choreographer and composer. He and Charles Nuitter wrote the libretto for the ballet based on The Sandman, a story by Ernst Theodor Amadeus Hoffmann, famous German writer, conductor and painter.
Main roles are being rehearsed by Ana Pavlović, Tamara Ivanović, Teodora Spasić, Tatjana Tatić (Swanhilda), Jovan Veselinović, Jovica Begojev, Igor Pastor, Miloš Marijan (Frantz), Milan Rus, Dejan Kolarov, Aleksandar Ilić (Coppelius).
The whole ensemble of the Ballet Company of the National Theatre in Belgrade will take part in the performance. Maestro Đorđe Pavlović will conduct the Orchestra.
Miraš Vuksanović designs the set and Katarina Grčić Nikolić designs the costumes.
Wilhelm Wunder, Duška Dragičević, Svetozar Adamović, Marija Vještica and Paša Musić are coaching the dance rehearsals.
First performance of Coppelia in the National Theatre took place on 11th June 1924. The first production of the ballet was choreographed by Aleksandar Forunato. The role of Swanhilda was interpreted by great ballerinas of our Ballet Company in alternation: Jelena Poljakova, Nina Kirsanova and Nataša Bošković. Vasilije Šumski interpreted the role of Coppelius, while Fortunato interpreted Frantz. Later on, the role of Frantz was interpreted by Max Froman and Anatoly Zhukovsky.
The following premiere was on 21st June 1948. Dimitrije Parlić choreographed the ballet and, in alternation with Alexandar Dobrohotov, interpreted the role of Frantz. The role of Swanhilda was interpreted by Ruth Parnell / Vera Kostić / Dušanka Sifnios, while the role of Coppelius was interpreted in alternation by Drago Pogačar and Branko Marković.
Almost a decade and a half later, Coppelia had another premiere in the National Theatre – on 27th February 1963. This time, both the choreography and the stage directing were done by Vera Kostić, who gave the leading roles to Lidija Pilipenko (Swanhilda), Žarko Prebil (Frantz) and Milan Momčilović (Coppelius).
Thirty-two years later, Dimitrije Parlić, famous ballet dancer, choreographer and pedagogue, decided to produce another staging of Coppelia in the National Theatre (premiere 14th February 1980). Main roles were interpreted by renowned dancers of the Belgrade Ballet – Ljiljana Šaranović Nikolić / Milica Bijelić (Swanhilda), Dušan Simić / Radomir Vučić (Frantz) and Vladimir Logunov (Coppelius).
The last one of the previous premieres took place on 19th November 1991. The performances of the ballet were given on the National Theatre’s stage in Zemun and the stage in the Theatre’s building on Square of the Republic. Choreography and stage directing by Dimitrije Parlić were revived by Višnja Đorđević, Dušan Simić and Vladimir Logunov, while the main roles were interpreted by Milica Bijelić / Duška Dragičević (Swanhilda), Ranko Tomanović / Nenad Jeremić (Franz) and Stevan Hadži Slavković / Ratko Petrović (Coppelius).
The world premiere of Coppelia took place in the Paris Opera House on 25th May 1870.
M.B.