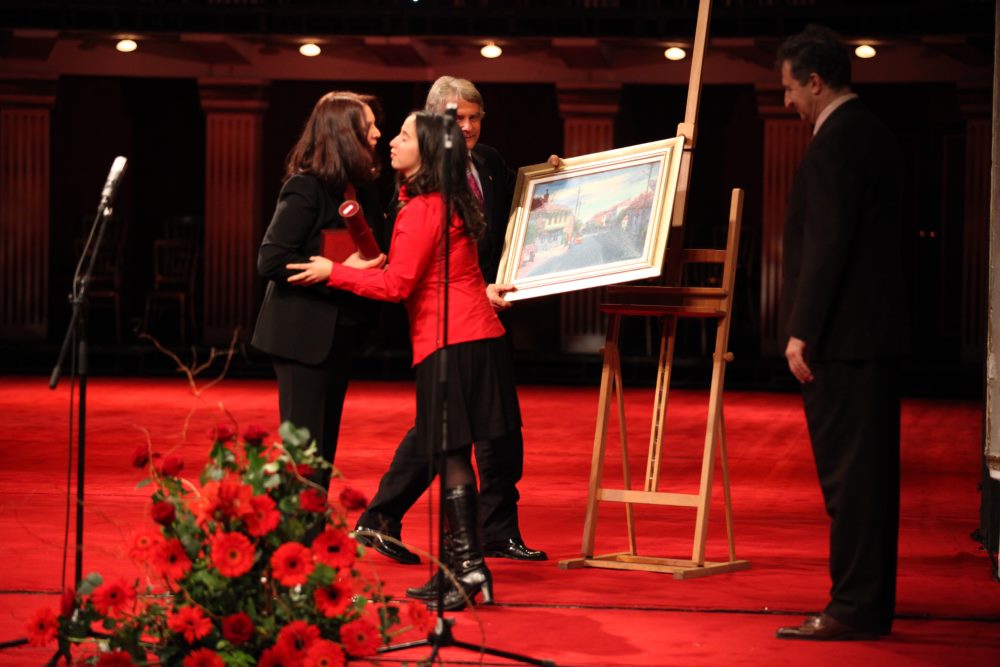 The National Theatre in Belgrade celebrated its 146th anniversary with a formal program titled “22nd November Is the Day of Our Theatre” and recognitions for artistic and professional achievements were presented at the occasion.
The “Raša Plaović” Award for best actor in all Belgrade theatres was presented to Ms. Dara Džokić, while the award for best production of the National Theatre was given to Mother Courage and Her Children.
According to the Jury’s decision, presented by the chairperson Mr. Dejan Mijač, Džokić was awarded for her interpretation of Violet Weston in August: Osage County, a production of the Atelje 212.
The Jury, amongst other things, pointed out that her interpretation contributes to promotion of high criteria endorsed by the “Raša Plaović” Award.
The Award was presented by representatives of the Ub Municipality, the hometown of the great Serbian actor and his great-granddaughter Irena Plaović, a student of literature.
Ms. Dara Džokić said that the Award represents an honour and joy to her, as well as encouragement and confirmation that the challenging and beautiful profession is worth the hard work. “Plaović was one of great actors who left us a great heritage, therefore I have an obligation and responsibility towards new and young actors, who are already here but have nowhere to show what they think and feel”, she said.
On occasion of the National Theatre’s 146th “birthday”, Mr. Dejan Savić, Acting General Manager, summed up the successes from the previous year. He mentioned the ten premieres and one revival by the Drama, Ballet and Opera ensembles, numerous tours both in country and abroad, as well as awards won by members of the Theatre’s ensembles. “We are satisfied with the season. We have a good cooperation with the new Managing Board. The National Theatre has to serve as an example regarding repertoire policy, organisation, using of budget funds, as well as regarding our relationship with visitors”, said Savić. He reminded that the National Theatre started an initiative to rename the Main Stage after Branislav Nušić, and added that the final decision will be made in consensus with the public.
The Managing Board presented the Award for Best Production in the National Theatre in the past year to Mother Courage, written by Bertolt Brecht and directed by Ana Tomović, and the Award for Best Artistic Achievement to Ms. Dušanka  Stojanović Glid, who interprets the title role in the production. Jovan Tarbuk, a designer in the National Theatre’s Publishing Department, was awarded for exceptionally significant artistic contribution.
Also, based on the Managing Board’s decision, Annual Awards for the National Theatre’s productions were presented to actors Nebojša Kundačina (for interpretations in productions At the Eternal Tap Inn and Mother Courage) and Nebojša Dugalić (At the Eternal Tap Inn).
Awards were presented to Bojana Žegarac and Igor Pastor from the Ballet Company for their roles in The Nutcracker; and to Miodrag Jovanović (The Flying Dutchman) and Ana Rupčić (The Flying Dutchman and Tosca) from the Opera Company.
The National Theatre Plaques, awarded by the General Manager, were presented to Theatre’s business partner Visan Company and Dejan Miladinović, stage director in the Opera Company.
Stamp of the National Theatre, also awarded by the General Manager, was presented to Sonja Jauković, principal actress in the Drama Company; while the National Theatre’s Silver Coin was given to Milica Zajcev, ballerina in the NT and a critic.
Public commendations, recognitions to retired staff and golden badges for 20 years of career in artistic, technical and other sectors of the Theatre were also presented at this formal occasion.
M.B. 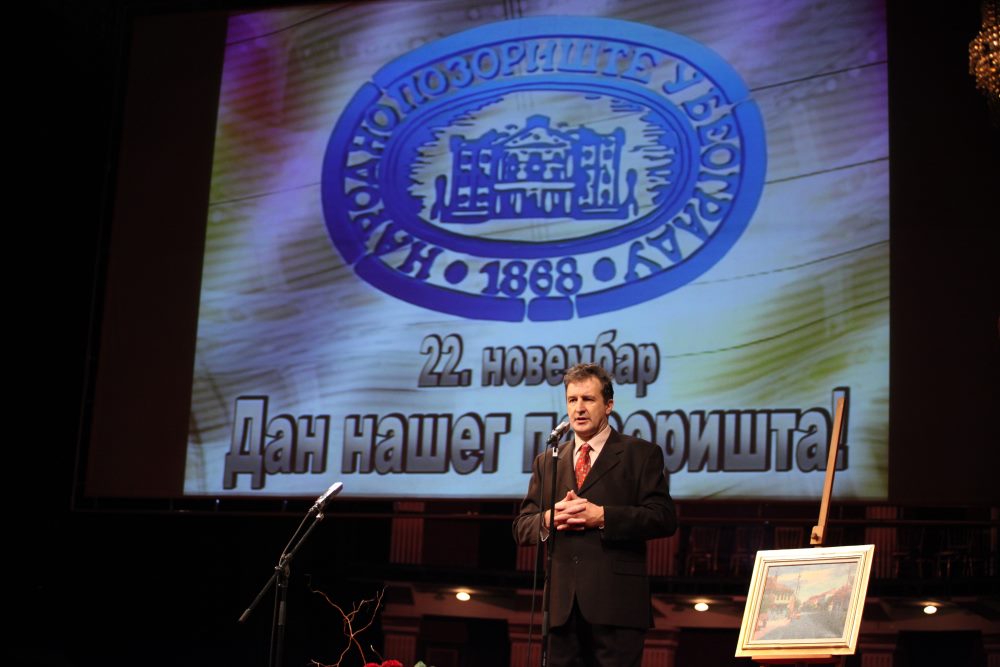 PREMIERE OF THE ROAD TO DAMASCUS, DIRECTOR NIKITA MILIVOJEVIĆ