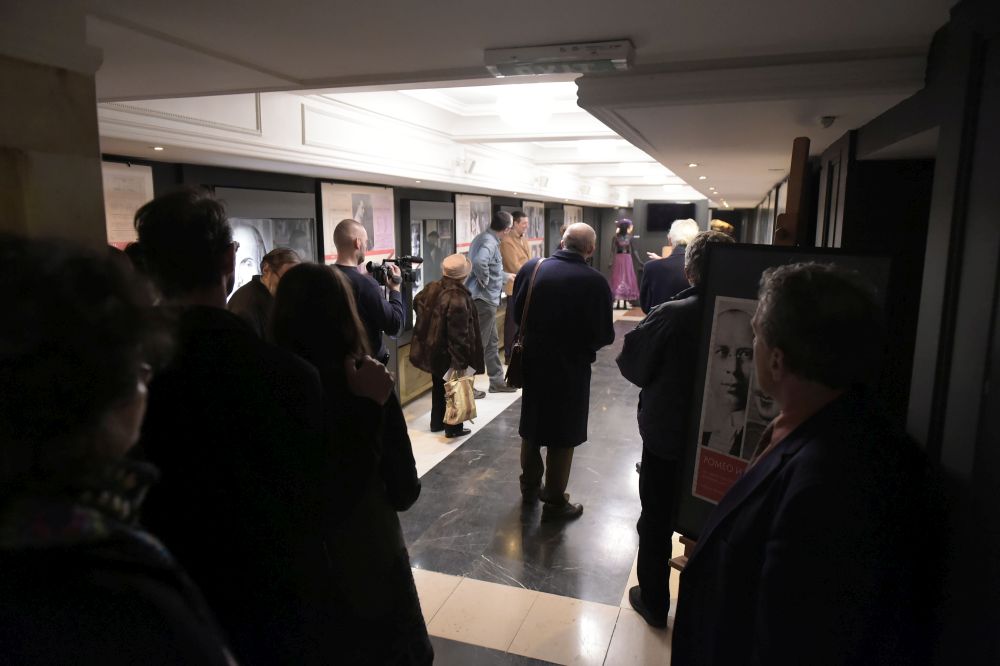 Exhibition ‘Romeo and Juliet’ on Stage of the National Theatre in Belgrade – Drama and Ballet (Jubilees of Shakespeare, Prokofiev and Parlić), prepared by Ms Jelica Stevanović and Ms Mirjana Odavić, has been opened in the Museum of the National Theatre in Belgrade on Thursday, 15th December.
The exhibition features playbills, photographs, set design sketches, costumes by Božana Jovanović, programmes for the performances, Parlić’s choreographer’s notes, etc.
Ms Biljana Parlić, Dimitrije Parlić’s daughter, opened the exhibition and said that she was very pleased to see all these “artefacts of the National Theatre’s past” in this show.
“I would like this exhibition to be seen by as many people as possible; and not only this one, but all the future exhibitions which will be opened here on various occasions. Because, in a manner of speaking… if people do not look back to see what happened before, it is questionable if they would be able to choose the right path to follow,” said the daughter of one of the most prominent Serbian ballet dancer and choreographer while the guests showed their appreciation with a cordial applause.
Ms Stevanović said that the title of the exhibition results from the fact that this year is the year in which several jubilees have been marked, namely – 400 years since the death of William Shakespeare, 125 years since the birth of Sergei Prokofiev and 100 years since the birth of Dimitrije Parlić. According to Ms Stevanović, Romeo and Juliet is the link that connects these three great artists.
“The National Theatre was established in 1868, and the very next year, the first Shakespeare’s play The Merchant of Venice premiered, only ten days after the theatre building, the same one where we still produce our performances, had been opened. Since then, Shakespeare’s plays have been the backbone of the Theatre’s repertory. According to a research by our renowned authority on Shakespeare, Mr. Dušan Mihailović, Shakespeare’s plays were produced most frequently on the National Theatre’s stage, and it seems that the trend had not changed to this day. This could be a unique situation worldwide – that a foreign author holds the first place on the repertory. The best-known love story of all times, Romeo and Juliet, was the fourth Shakespeare’s play staged for the Belgrade audience; the play premiered in 1876, namely 140 years ago,” said Stevanović.
When speaking about Prokofiev, Stevanović put an emphasis on the fact that the famous Russian composer and pianist was unpopular in his country at the time when he wrote music for Romeo and Juliet.
“He was mocked at; his music was ridiculed, because it, allegedly, was not melodic to the ears of his contemporaries. However, in Belgrade, the situation was different. As soon as Parlić used Prokofiev’s score for the 1949 repertory, both dancers and audience instantly fell in love with the music and the chorography… This exhibition represents a tribute to Shakespeare, Prokofiev and Parlić, and at the same time a tribute to Romeo and Juliet, but not a farewell to Romeo and Juliet. Because, if we have reached the time when a romantic love cannot be appreciated, I wonder what would become of Romeo from now on,” said Stevanović.
Ms. Odavić thanked Mr. Dragan Stevović, Director of the Museum of the National Theatre, on behalf of the Museum of Theatrical Arts of Serbia for the invitation for cooperation and clarified that the exhibition materials have come mainly from the funds of the Museum of Theatrical Arts of Serbia.
Odavić thanked all associates who participated in realization of the exhibition, especially Mr. Jovan Tarbuk, a designer, for whom she said that on this occasion as well, he “managed to incorporate his youth and freshness into such a beautiful historical and romantic theme”.
The exhibition will be open until the end of March.
M.B. 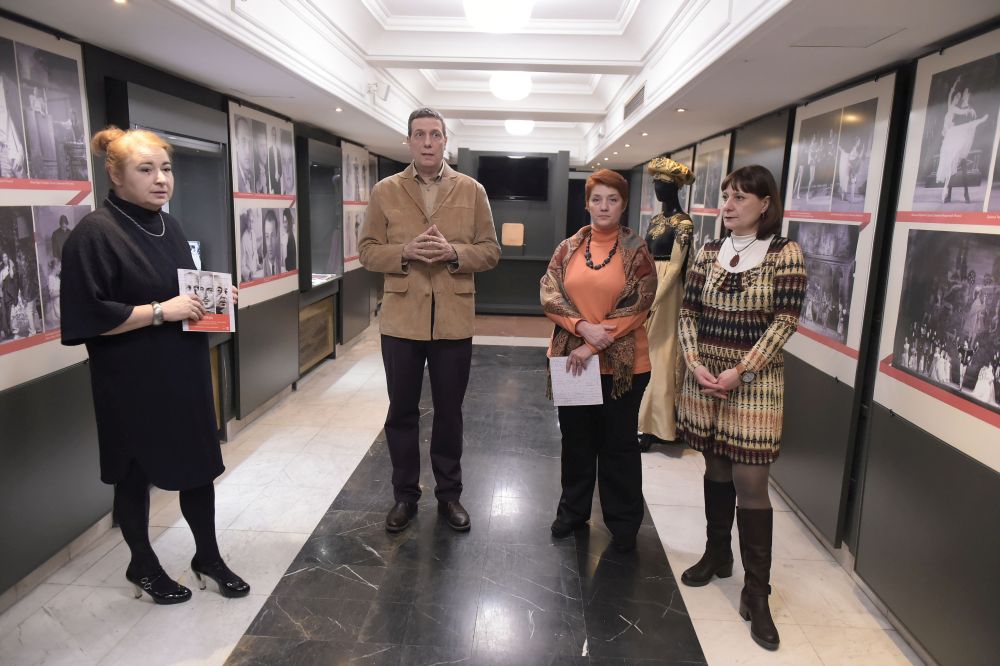