Musical and multimedia outdoor spectacle, Theatre on the Square – Portal to Centuries, was held on 8th September on occasion of finished reconstruction of Square of the Republic. About 300 artists of the National Theatre in Belgrade took part in the event.

This unique event, which lasted throughout the day, was attended by thousands of Belgrade residents, who expressed their appreciation during and after performances of various artistic programmes, and rewarded the performers with cordial applauses for the wonderful atmosphere they created.

Central part of the programme started at 8 PM with mapped projections on the National Theatre’s and the National Museum’s façades, which featured history of the square’s architecture and presented the process of reconstruction and development of Belgrade since building of the National Theatre in 1868 until today, presenting the square as a place to meet in the new ambience and in the cultural centre of Belgrade.

Half an hour later, Gala Concert was held for numerous people at the square. The Gala Concert was conducted by Dejan Savić, Đorđe Pavlović and Đorđe Stanković; it was directed by Ivana Dragutinović Maričić, while principal artists, the Orchestra and the Choir of the National Theatre’s Opera performed.

The end of the event was reserved for performance of the cult ballet Who Is Singing Over There?.

The performance, with the libretto done after the film script by Dušan Kovačević (used for one of the best Serbian films, directed by Slobodan Šijan), to the music by Voki Kostić, choreographed and directed by Staša Zurovac, was given at Square of the Republic, near the tree-line towards Kolarac Street, at 10:30 PM.

This appealing performance, which does not feature central and supporting roles, the music that makes the performance special, superb choreography and stage directing that present our mentality, are only some of the details that give the performance its cult status.

Owing to its universal thread, the ballet (which premiered on 22nd December 2004) has been understood and loved by not only national public, but also the audiences in numerous tours throughout the region, Europe and the world. The Belgrade residents, who crowded the renovated Square of the Republic during this part of the programme, expressed their immense appreciation during and after the performance.

During the day-long artistic spectacle that started at 11 AM, other interesting programmes took place as well, some of those programmes were Promenade Concert Dedicated to Serbian-Japanese Friendship, Best Serbian Fairy Tales for Children, Circus of History, Jazz and Authored Music, as well as an interactive opera performance for children and young people by Wolfgang Amadeus Mozart, Bastien and Bastienne, produced by the National Theatre, under the baton of Stefan Zekić and directed by Ana Grigorović.

Throughout the day, the National Theatre was open for free tours of the building and the visitors were given badges with images of our most renowned people connected to the Theatre, and with images of theatre throughout history. 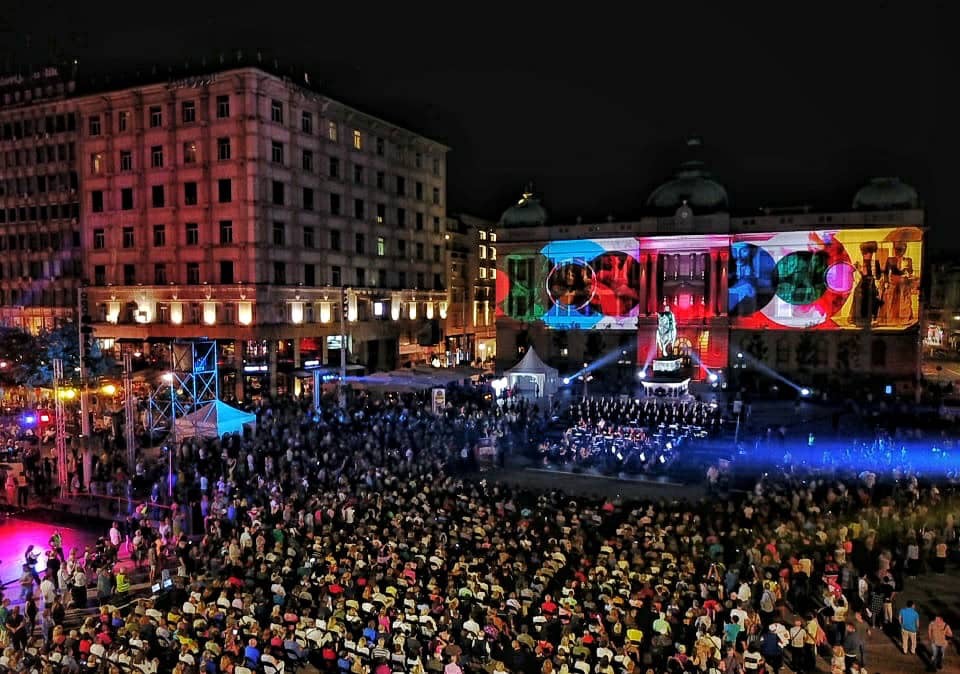