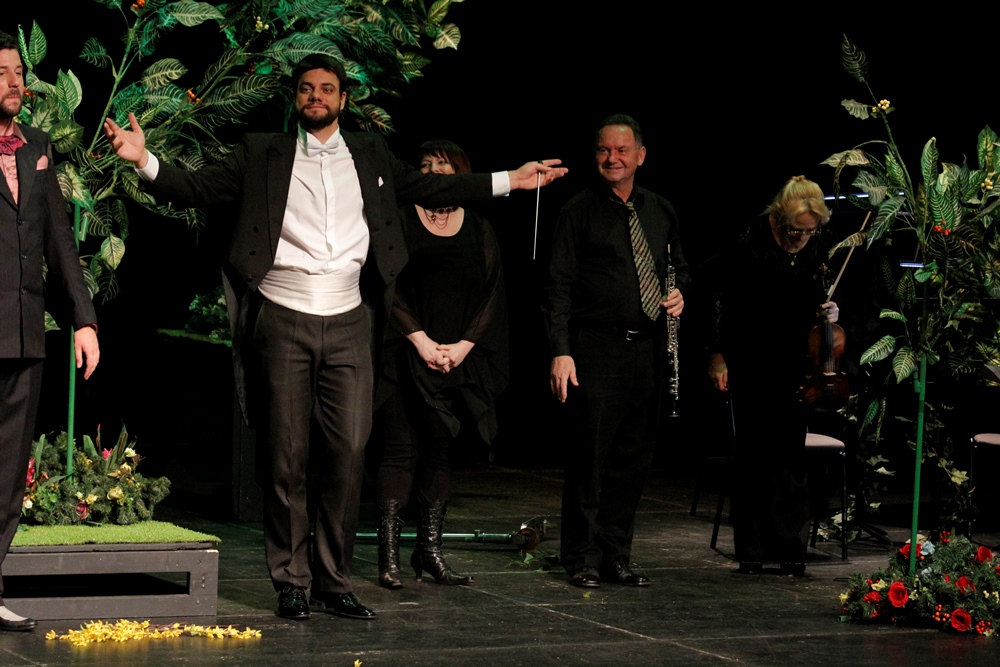 Premiere renewal of interactive opera performance for children Bastien and Bastienne by Wolfgang Amadeus Mozart, under the baton of Stefan Zakić, directed by Ana Grigorović, with new protagonists and dramaturgical and stage directing adaptations, took place on 20th March at noon on the “Raša Plaović” Stage.

In the hall filled to capacity, the audience, comprising mainly of children under the age of 12, has rewarded the cast with long applause at the end of this fifty-minute performance.

Bastien and Bastienne (premiered on 15th May 2016 on the “Raša Plaović” Stage) is an interactive performance for children and, as one of first Mozart’s operas, is ideal for introducing young theatregoers to opera.

Bastien and Bastienne play love games devised by Colas, and in order to test their love they even use social networks which simultaneously bring them closer and more apart. Colina also participates in these games while observing the performance together with audience and discloses secrets of opera to them…

Libretto adaptation that was done in order to make the plot closer to the children and the young, as well as the introduction of educational elements and the new character, Colina, have the purpose to introduce the youngest audiences to this theatre genre in a stimulating manner.

Interaction with the audience took place throughout the performance and after it; there were discussions with authors moderated by members of the project team “Young Theatre Experts”, whose goal is to educate the children and try to bring the opera genre closer to them. 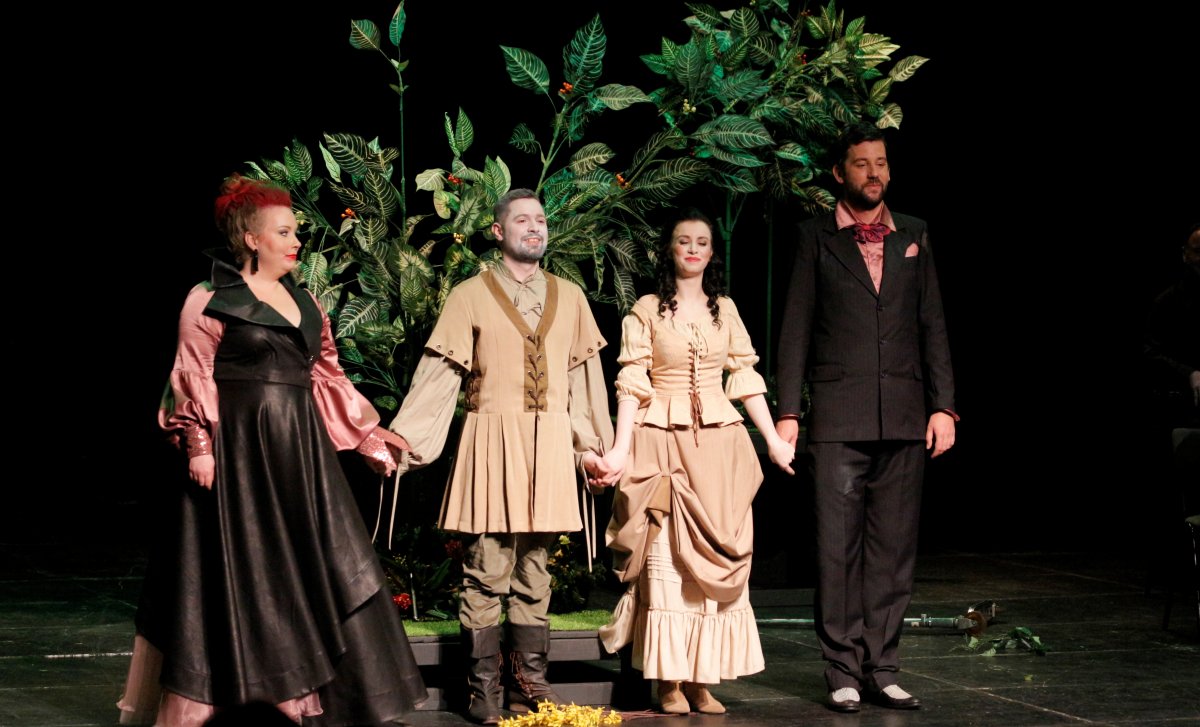