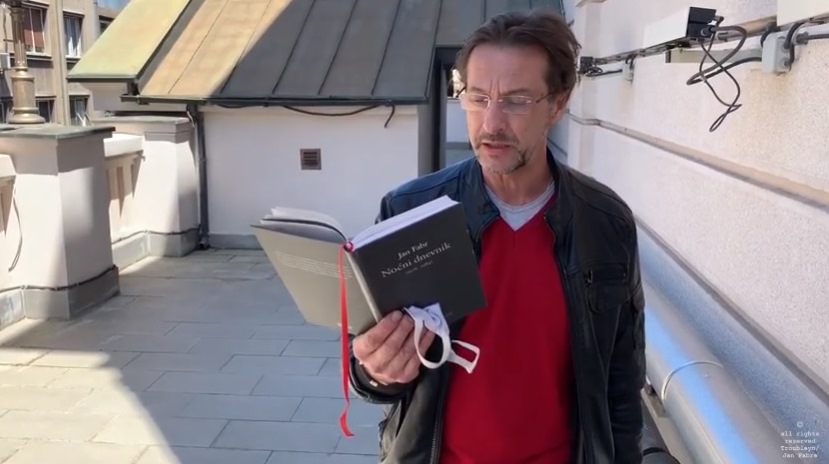 Jan Fabre’s company Troubleyn from Antwerp recently launched a new project on their YouTube channel. The project consists of public readings of The Night Writer by international actors who have cooperated with this versatile Belgian artist of worldwide reputation.

The Corona Readings project was launched with a goal to provide the chance to audiences, via virtual means, to experience again the magic of theatre, since theatres are still closed due to the Coronavirus pandemics.

It has been planned that recordings, which last several minutes, be streamed once a week, and so far, there have been three recordings posted at the Troubleyn’s channel (you can watch them HERE).

As of yesterday, you can watch a recording of Slobodan Beštić, principal actor of the Drama Company of the National Theatre in Belgrade, and prior to that one, recordings of Lino Musella, an Italian actor, and his colleague from Russian Bolshoi Theatre, Andrey Feskov, have been posted.

Performance of The Night Writer, written, designed and directed by Jan Fabre, in which the only role was cast to great Slobodan Beštić, was given on 22nd February this year at the “Raša Plaović” Stage.

The Night Writer is a visionary and disarming hymn to the subversive and intriguing artist Jan Fabre, where instead of introducing the audience to the visual artist or the theatre maker, The Night Writer concentrates on an aspect of Fabre that has remained in the shadows: his texts.

Like his drawings, Fabre’s texts reflect his intimate experiences, his recurring desires, ideas and obsessions. They are frequently written in the night-time hours (when all is silent and solitude sets in), in his very own, original language. They open the door to a world full of fantasy and surprising insights.

It’s a journey in strong colours, from the artist’s youth to today. The audience will be engulfed in a flow of thoughts connecting day-time activities, bubbling with irresistible ideas and ambitious projects, and night-time existence, when creativity merges with fury and reflections on life, love and sex speak of the visceral energy of the body. 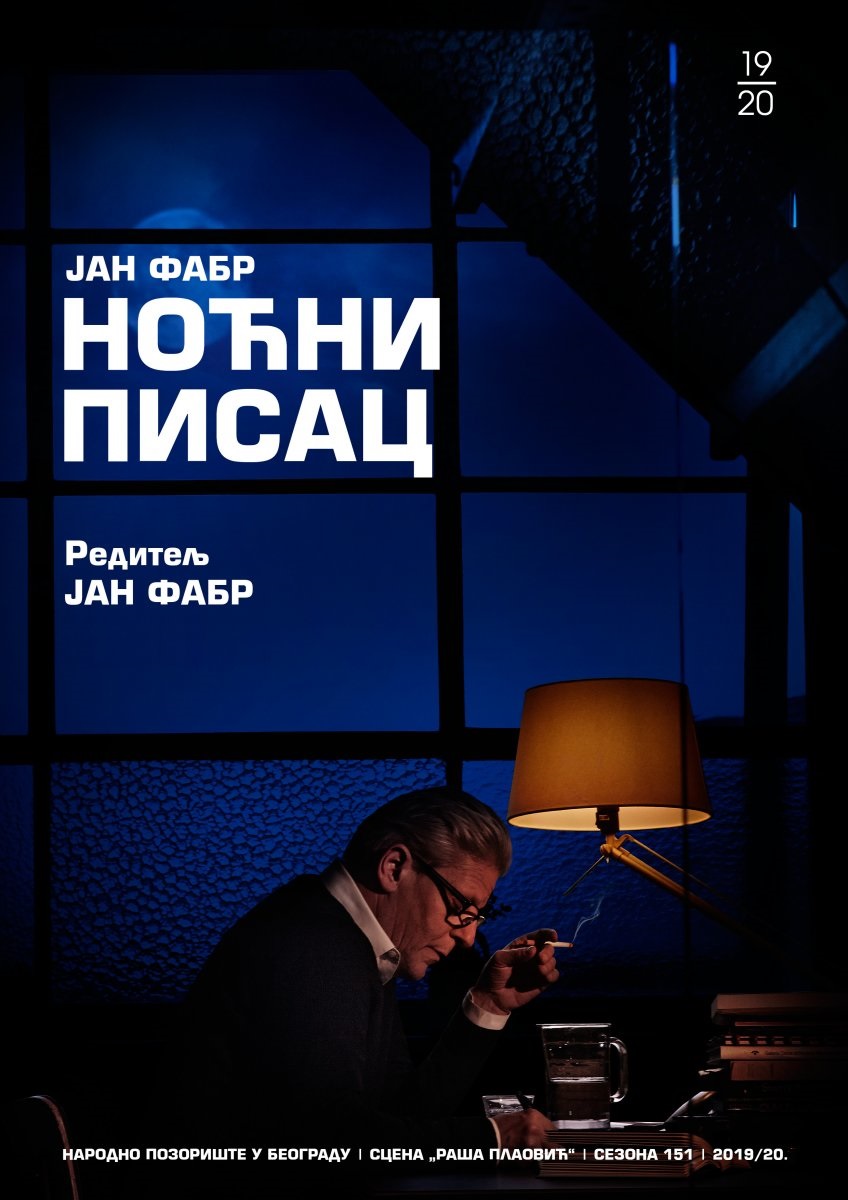