THE NUTCRACKERbalet by P. I. Tchaikovsky 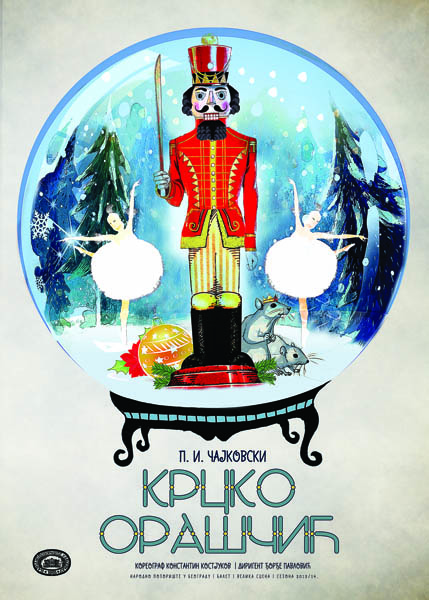 ORCHESTRA OF THE NATIONAL THEATRE TAKES PART IN THE PERFORMANCE

THE BALLET PRODUCTION FOR THE EMPEROR
Upon the success of The Sleeping Beauty, the director of Russian Imperial Theatres commissioned Tchaikovsky to compose a double-bill program featuring a ballet (The Nutcracker) and an opera (Iolanta). For the ballet, Tchaikovsky again joined forces with choreographer Marius Petipa, with whom he had collaborated on Swan Lake and The Sleeping Beauty. The material Petipa chose for the libretto was a story by Alexandre Dumas, The Tale of the Nutcracker, an adaptation of E.T.A. Hoffmann's story The Nutcracker and the Mouse King, written in 1819. The main character, Masha (Marie in the original, or Clara in other versions), experiences a classical clash between the good and the evil, as initiators of fantastic events and child’s vivid emotions. Duality of male characters, Mouse King and Drosselmeyer, in contrast to the wooden doll Nutcracker and the Prince, just like the contrast between darkness and light, communicate her desire for a happy love and security of the magic boat. In the little girl’s dream, the banal space of her room becomes a battlefield, or far and exotic countries. After the rehearsals started, in summer of 1892, Petipa became ill and his assistant, Lev Ivanov, took over to rehearse the ensemble and make certain adjustments in the choreography: just like the composer, Ivanov had to adhere to Petipa’s detailed instructions.  Nonetheless, Ivanov expressed his talent in the Waltz of the Snowflakes, which he choreographed for The Nutcracker, and later on, in the second act of the Swan Lake. The Nutcracker premiered in the Mariinsky Theatre in St. Petersburg on 18th December 1892. Russian Emperor, Alexander III, watched the premiere. Audiences deemed the first performance of The Nutcracker a success, while the critics described the choreography of the battle scene as weak and boring… Nonetheless, the grand scenes with the ensemble were praised, “abstract, but lyrical constructions, together with forceful score, reveal the talent of Lev Ivanov.” Tchaikovsky was not keen on writing music for ballets. His artistic vision was greatly limited by required tempos, forms and periods. In a letter to his brother, when he wrote about this ballet, especially when the score for the second act is concerned, he was wondering “How can I write the score for Confiturembourg?” However, score of this third and last Tchaikovsky’s ballet became tremendously successful and its popularity remains and even increases in the USA as the time goes by. George Balanchine, who danced and choreographed this ballet, said “The Nutcracker features music of Slavic origin. Also of other origins, like the Grandfather Waltz (Grossfatertanz) of German origin. The overture shows how much Tchaikovsky admired Mozart. The march in the first act was composed in Mozart-like style. Everything in The Nutcracker was created in pleasant style. People of St. Petersburg enjoyed eating cakes popular in Vienna at the time, and The Nutcracker is like one of them! Stravinsky loved the Chinese Dance, since Tchaikovsky first uses a small orchestra, but continues adding instruments until the full great orchestra is engaged, without changes in volume of sound.” 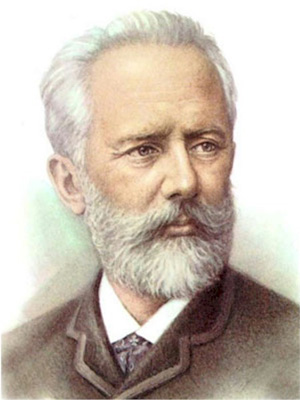 PETER ILICH TCHAIKOVSKY (1840-1893)
”One can not say what is the most admirable thing in Tchaikovsky’s work: the symphony value of his ballets, their dancing qualities or the strength of expression and emotion. They are real dancing dramas.” – Serge Lifar
While searching for vivid, real dramatics and psychological truth in opera, Tchaikovsky thought that ballet art was represented by fantasy of a fairy-tale. In this sense, Tchaikovsky follows the line of the romantic ballet based on numerous fantastic scenes and theatrically-expressive effects. With this in mind, he has creatively understood and approached the problem of ballet and reformed the traditional basis of this genre. Tchaikovsky followed two main lines in developing style characteristics of the romantic ballet. First of all, he has invented the pure chorographical principle by using extraordinary elastic and characteristic diversity. Tchaikovsky revived the known types of dance giving them extraordinary freshness and abundance of rhythmic and music plasticity, and, at the same time, showed a great talent for finding out the characteristic forms of dance movements required in specific tasks. In this sense, he used accomplishments of modern French ballet, and, especially, the art of Delibes, whom he appreciated very much. Another Tchaikovsky’s novelty in the area of ballet music was the development of symphony mime elements. Tchaikovsky has shown the way to ballet symphonisation, the path later followed by Glazunov and Stravinsky in Russia, and by Ravel and his followers in France. Tchaikovsky is probably best known for his ballets composed in his mature years. Those ballets brought him the recognition of his contemporaries.
1872 – Swan Lake (Op.20) is his first ballet performed at first with some shortcomings, which the author straightened out later on. First performance took place in the Bolshoi Theatre.
1890 – The Sleeping Beauty (Op.66), a ballet performed for the first time in the Mariinsky Theatre in St. Petersburg. Tchaikovsky believed that this ballet was his best.
1892 – The Nutcracker (Op.71), a ballet commissioned from Tchaikovsky under the condition that the score adheres to detailed choreographer’s instructions by Marius Petipa. 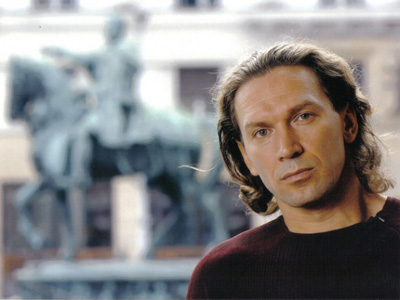 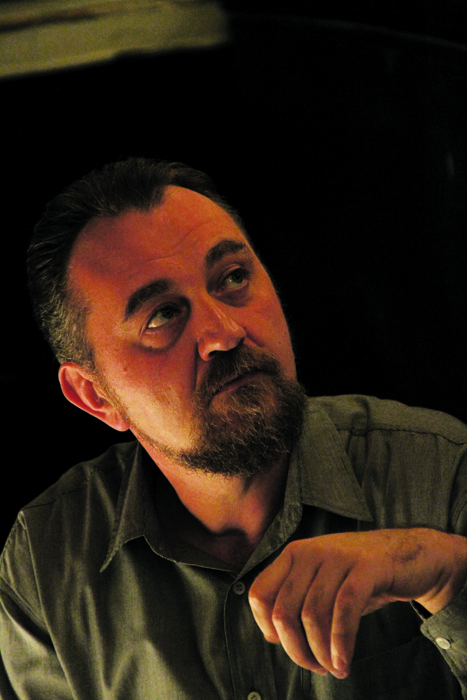 ĐORĐE PAVLOVIĆ
Đorđe Pavlović was born in 1965 in Loznica. He obtained his BA and MA degrees in conducting at the Faculty of Music Art in Belgrade in the class of Professor Jovan Šajnović. Pavlović has been working in the National Theatre Opera since 1992, where he conducted in operas The Bat, The Barber of Seville, The Troubadour, Traviata, Rigoletto, Attila, Nabucco, Don Carlos, Adriana Lecouvreur, La Boheme, Eugene Onegin and ballets The Sleeping Beauty and The Taming of the Shrew. In period 2000 – 2006, with the Choir of the Opera, Pavlović staged first productions of three comprehensive pieces, Heavenly Liturgy, Liturgy of St. John Chrysostom, and Holiday Evening Service by Svetislav Božić. Besides his work on operatic repertoire, he has been very active in concerts in our country and abroad, where he was engaged in promotion of Serbian music. Some of his performances outside the country were with the Ukrainian Radio Orchestra at Kiev Music Fest, as well as with Oxfordphilomusica Orchestra at the concert in Regent Hall in London. He has been a permanent guest conductor of State Symphony Orchestra from Zaporozje; besides giving numerous concerts with the Orchestra, he also produced a CD with them. Since May 2006, he has been working as a head conductor in Borislav PašćanYouth Philharmonic. He gave numerous concerts with the Youth Philharmonic and won the Gold Plaque of Kolarac’s Legacy Award, at the celebration of 130th Anniversary of the cultural institution (in 2008), and Golden Ring of the Cultural and Educational Community of Serbia for his permanent contribution to culture (in 2009). He belongs to a generation of Serbian conductors who focus their spiritual and artistic growth on incessant source of national music by enriching their repertoire with pieces of spiritually similar music cultures.