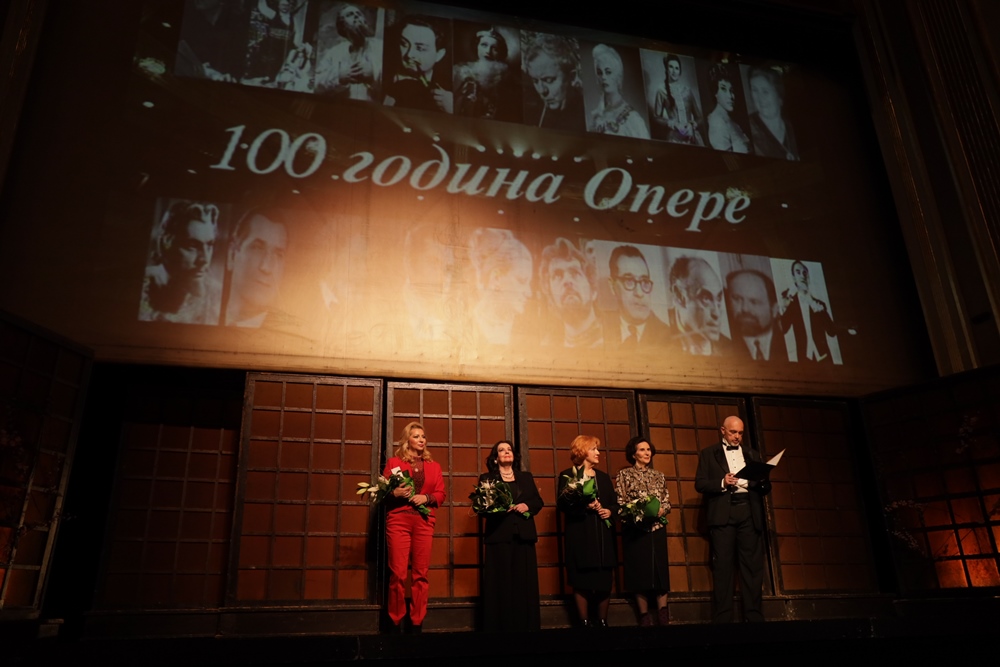 Puccini’s opera Madam Butterfly was performed to mark one hundred years since opening of the Opera Company of the National Theatre in Belgrade. The performance took place on the Main Stage, 11th February. It was conducted by a Romanian guest conductor Adrian Morar. The same opera, performed exactly one century ago on the same day, was the first opera opening by the newly-formed company of the Belgrade Opera.

In this opera by Puccini about tragic destiny of a Japanese geisha, her true and pure love filled with longing, disappointment and suffering, the roles were cast also to soloists Svetlana Lovčević (Kate), Darko Đorđević (Goro), Pavle Žerkov (Commissioner) and Mihailo Šljivić, who interpreted the role of Yamadori for the first time, as well as the young Leonida Bokan (Cio-Cio-San’s Son)

Edit Makedonska was the concertmaster and Đorđe Stanković was the choir leader.

The Orchestra and the Choir of the Opera of the National Theatre in Belgrade also took part in the performance.

In the hall filled to capacity, the delighted audience rewarded the cast with a long and cordial applause.

This has been 106th performance of Madam Butterfly. The premiere took place on 15th December 1984; it was originally directed by Dejan Miladinović, however, in the meantime his stage directing was renewed by Ivana Dragutinović Maričić.

Before the performance, actor Andreja Maričić addressed the audience and reiterated that the performance had been organised in order to mark the hundredth anniversary since opening of the National Theatre’s Opera.

Afterwards, prima-donnas of the National Theatre in Belgrade, who used to sing the title role in this opera masterpiece – Radmila Bakočević, Radmila Smiljanić and Vera Mikić, as well as the current Director of the Opera, Jasmina Trumbetaš Petrović, who still performs the role, were presented with bouquets of flowers.

Maričić reiterated that the title role in this production was also interpreted by prima-donnas Gordana Jeftović Minov and Suzana Šuvaković Savić, who unfortunately are no longer with us, as well as Višnja Pavlović Drakulić, who was unable to attend the celebration of the jubilee.

During the formal program, the audience saw a short film on history of the Opera of the National Theatre in Belgrade made by Petar Antonović.

When the Opera Company was officially established as an independent sector of the National Theatre in Belgrade at the beginning of season 1919/20, and Stanislav Binički was appointed for its first Director, the first opera premiere that took place on 11th February 1920, was Madama Butterfly by Giacomo Puccini.

The premiere, under the baton of Stanislav Binički, was held in the hall of former Manjež (at the time, due to damaged theatre building, the National Theatre gave its performances in the adapted hall of former riding school until 1922; later on, the Yugoslav Drama Theatre was built at the location) and was quite successful. Jelena Lovshinska sang the title role, Teodora Arsenović interpreted Suzuki, while the role of Pinkerton was sung by popular Vojislav Turinski, who also directed the production. It is interesting that the set design for the production was done by our well-known painter, Jovan Bijelić. 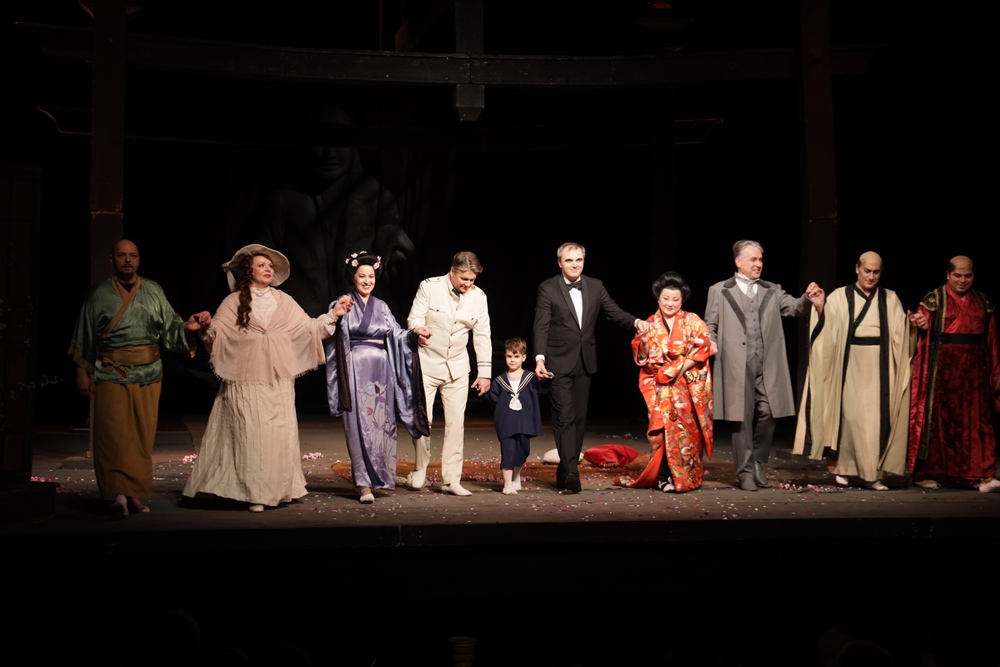 Rehearsals of Vassa Zheleznova by Maxim Gorky and Others Start, Adapted and Directed by Zlatko Sviben, Premiere on the Main Stage in April