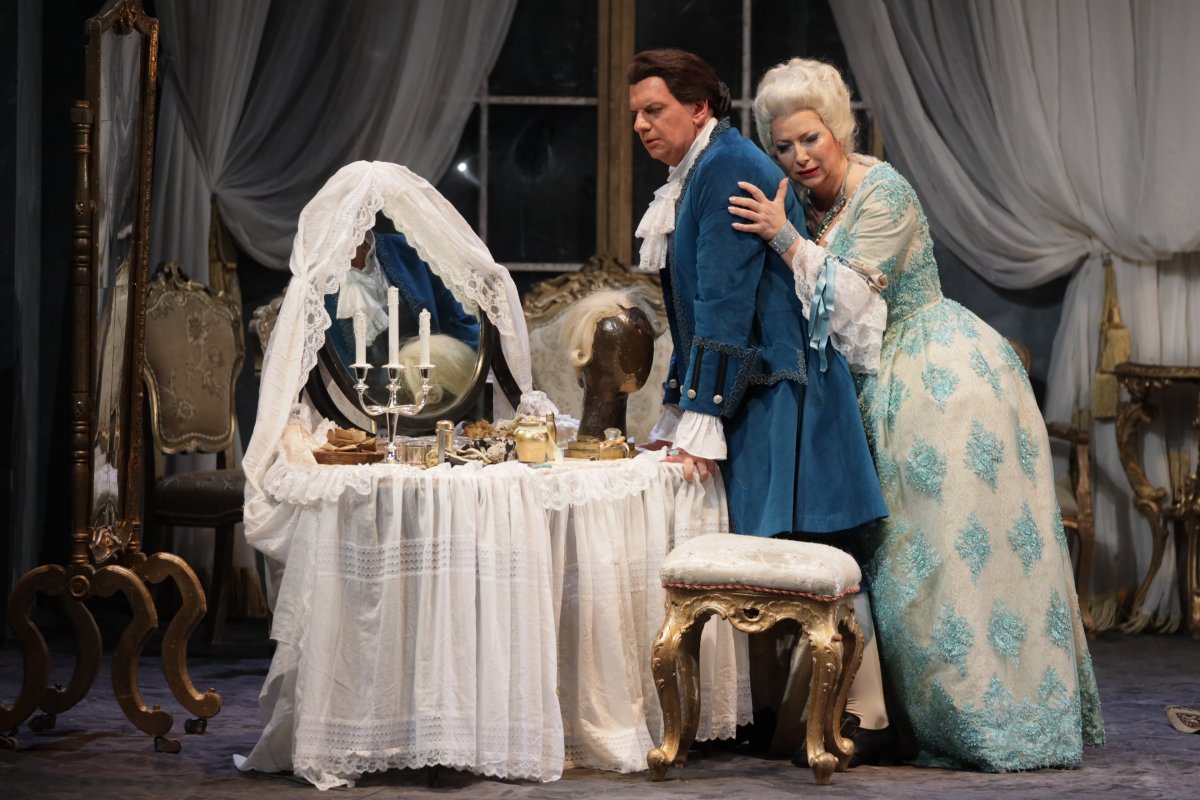 Opera by Giacomo Puccini, Manon Lescaut, which has not been performed in the National Theatre for more than half a century, premiered on the Main Stage on 26th February. The premiere was conducted by an Italian maestro, Stefano Romani, and directed by an Italian director, Pier Francesco Maestrini.

In this opera in four acts, written in period 1890-1893, which is still considered one of the most captivating pieces of operatic literature, other roles were cast to Milan Obradović (Innkeeper), Siniša Radin (Edmondo / Dance Master / Lamplighter), Nataša Rašić (Singer), Mihailo Šljivić (Sergeant of the Guard), Milan Obradović (Naval Captain) and Luka Pređa (Hairdresser).

The Choir, Orchestra and members of the “Borislav Popović” Opera Studio of the National Theatre in Belgrade took part in the performance as well.

Edit Makedonska was a concertmaster, and Đorđe Stanković was the choir leader.

The libretto was based on the eponymous novel by Antoine (Abbé) Prévost from 1731 (original title, History of Chevalier De Grieux and Manon Lescaut) and written by Domenico Oliva, Marco Praga, Giuseppe Giacosa and Luigi Illica.

When the performance ended, the cast was rewarded with standing ovations and shouts of “Bravo!”.

This has been only the second staging of this opera in the National Theatre in Belgrade. The first and only previous premiere took place on 5th May 1967, under the baton of Nino Verchi, a conductor from Italy and directed by Serge Vafiadis from France. 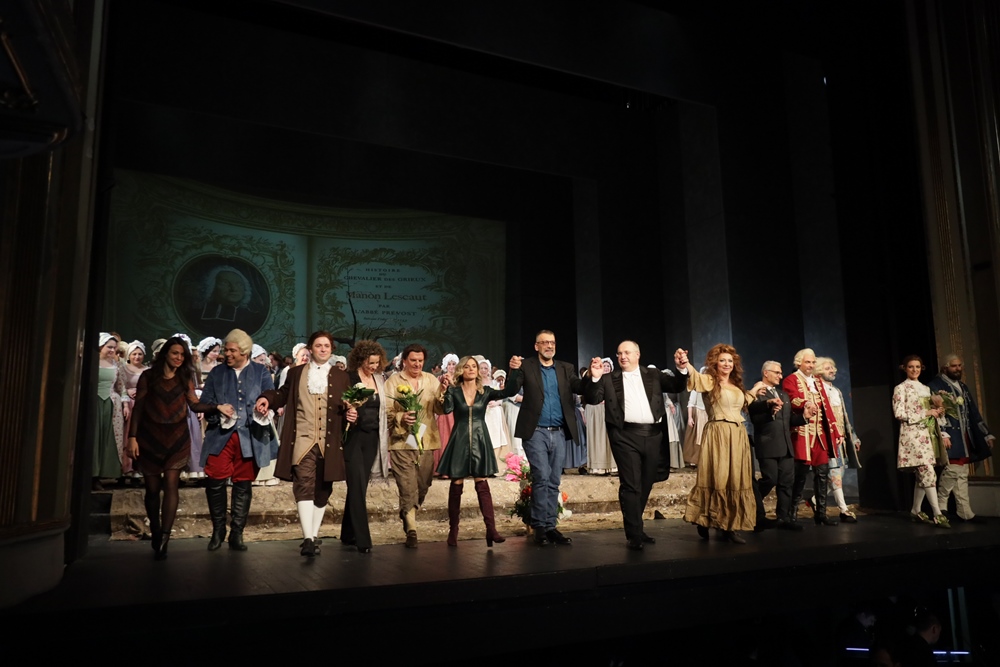 Renowned Nobel Prize Laureate’s Play for the First Time in the National Theatre; The Stadttheater Klagenfurt Gives a Tour Performance of Peter Handke’s The Hour We Knew Nothing of Each Other