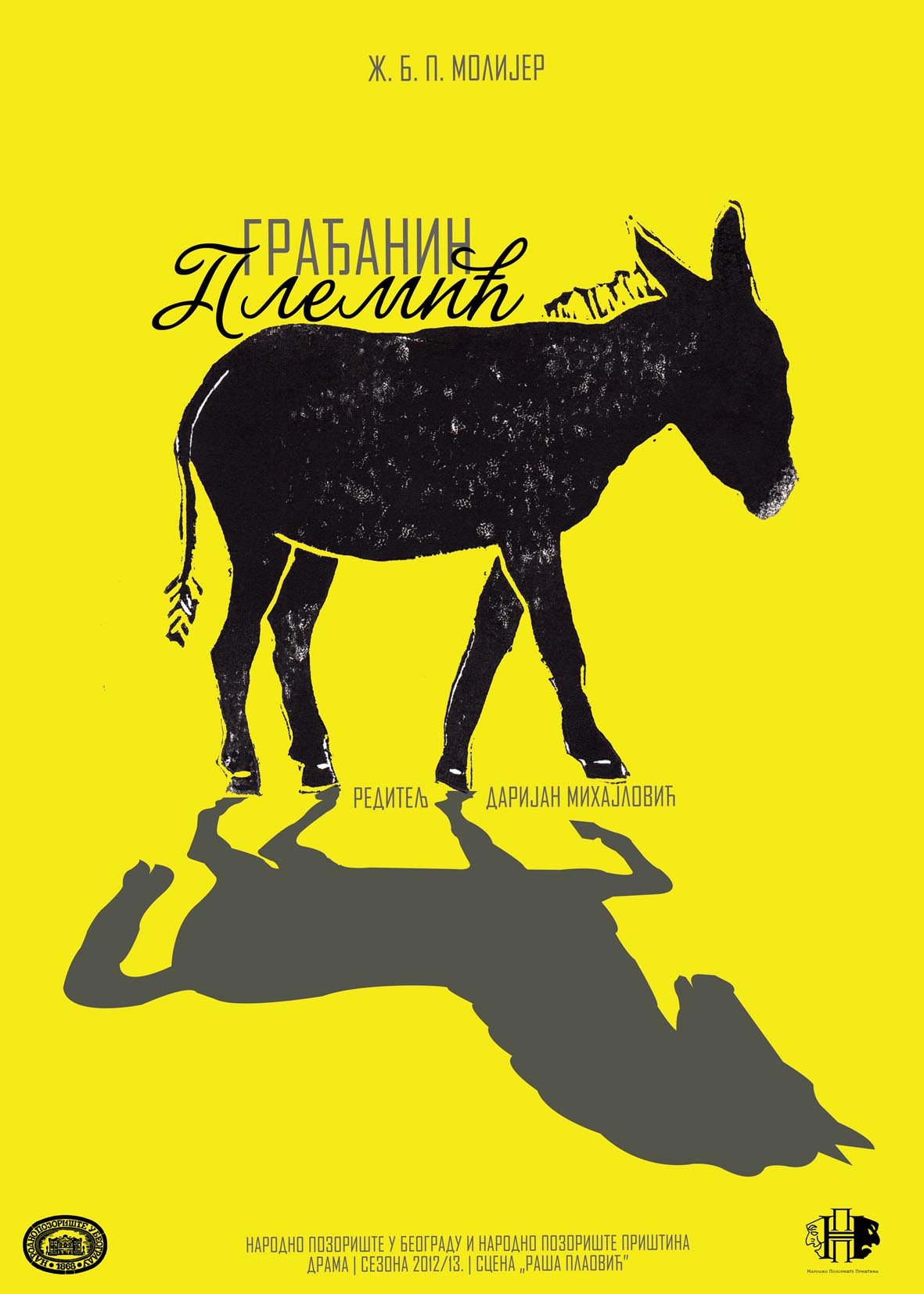 COSTUMES WERE MANUFACTURED IN THE NATIONAL THEATRE

Molière, The Bourgeois Gentleman
Molière’s comedy (with ballet) in five acts in prose, The Bourgeois Gentleman was performed for the first time on 14 October 1670, with much success. The very title clearly indicates that the theme of the play is about the would-be aristocrats. The protagonist, a rich man, Monsieur Jourdain, wants to become noble with the help of his money. Therefore, he hires teachers of music, dance, fencing, philosophy and tailors to make him clothes that the noblemen wear. He becomes friends with a cash-strapped nobleman Dorante, who uses him to get money in order to win the heart of a noble widow Dorimene, promising to introduce Jourdain to Dorimene and eventually to the king. The plot starts rather late in the comedy when Jourdain, who falls in love with Dorimene, decides to propose marriage to Dorimene regardless of the fact that he is already married, then he wants to become a Turkish nobleman and to marry his daughter to a Turkish prince. However, he is stopped by the common sense of his wife, maid and young Cleonte, his daughter’s suitor.

Adaptation
Having in mind that the director, Darijan Mihajlović, had an intention to direct the play with a small cast of actors from the Serbian Drama Company of the National Theatre of Priština, situated in Kosovska Mitrovica, and since the Company does not have a stage to perform and the comedy is supposed to be performed on squares in Serbian enclaves, the length of the play and numerous characters had to be significantly reduced. Therefore, I did the following: I followed the director’s intention in which Madame Jourdain is the one with the money, because she became rich quickly and in a dubious manner. I reduced the characters only to the main ones, which resulted in eight characters – Monsieur and Madame Jourdain, Cleonte and Lucile, Dorante and Dorimene, Cleonte’s lackey and Madame Jourdain’s maid. Cleonte and his lackey pretend to be teachers of all skills Monsieur Jourdain cares about, while they use their frequent presence in the household to court Jourdain’s daughter and maid. Therefore, all the teachers, as well as the tailor and his servant, do not appear in this production. Hence, the scenes become shorter and the main plot significantly moves towards the beginning of the play. The plot then remains without all preparations for the dinner, which is the central part of the plot. During the dinner, when Jourdain courts Dorimene, Dorante actually courts her, until Madame Jourdain’s unexpectedly returns and interrupts the party. Subsequently, Jourdain decides to confront his wife and marry his daughter to an aristocrat. Cleonte’s sharp lackey devises a plan in order to bring all things to their proper state. Cleonte, the lackey and Madame Jourdain’s maid pose as Turkish officials who bestow Jourdain with the title of “Mamamushi”, Turkish aristocrat. Hence, the ballet scene and characters of the Turkish group do not appear. Next, Lucile is married to the “Turkish Prince”, who is actually Cleonte in disguise, and Dorante is married to Dorimene, on the same occasion. Eventually, Monsieur Jourdain is punished for his upstart ambitions. He stays with his wicked rich wife, without a hope to become an aristocrat. 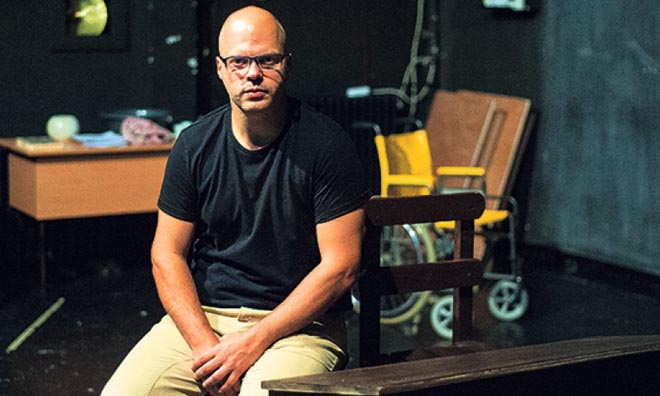 DARIJAN MIHAJLOVIĆ
Darijan Mihajlović was born in 1972 in Belgrade. He graduated from the Department of Theatre and Radio Directing at the Faculty of Dramatic Arts in Belgrade. He was a recipient of “Madlena Janković” Fund scholarship for dramatic arts. He was Artistic Director of “Dadov” Theatre in period 1994-2000, where he led the acting studio. Mihajlović was one of the founders, director and producer of the “Torpedo” Theatre Company, which toured Europe, including some of the most renowned European festivals. Mihajlović is the Assistant Professor at the Faculty of Dramatic Arts in Belgrade, Department of Theatre Directing. He has received numerous awards, namely:
- “Joakim Vujić” Award for Best Director, for production The Spear of the Užice Theatre  (1998);
- “Golden Turkey” Award for Best Director, for production Easy Piece by the Kruševac Theatre (Jagodina, 2001);
- “Golden Plaque of the City of Belgrade”, Award for the Best Director and for the Best Short Film at the Festival of Short, Documentary and Animation Films;
- Special Award by the jury and “Golden Orange” at the Festival of Short and Documentary Film in Antalya;
- Annual Award for the Best Performance in the Serbian National Theatre in Novi Sad for Verdi’s opera Macbeth, 2002;
The opera Macbeth was selected to be the best opera production of the decade by the music critics in FR Yugoslavia. Mihajlović directed more than 40 dramas and three operas. He authored two dramas, which were published and produced. He also directed two TV series, namely Podijum (The Stage) and Na slovo, na slovo (I spy with my little eye, something beginning with…), several TV videos and shows, as well as two documentaries which toured all relevant festivals of documentary films (UNESCO production).

A NOTE BY THE DIRECTOR
The Bourgeois Gentleman is an oxymoron according to the theory of literature. The very act of producing the play at this time adds to the title and produces new oxymoron. The possibility of this Theatre’s impossible production of the play in its hometown. Ugly beauty of the set design, which is not one, comprising of partly collapsed buildings in which this production is being performed. Finally, was it only Molière who realised that after the end of aristocracy there will still be pretentious people, liars, swindlers, hypocrites, frauds and that they are still being equally distributed both geographically and historically…