THE GOLDEN CALFGoran Marković, as per Ilf and Petrov’s novel 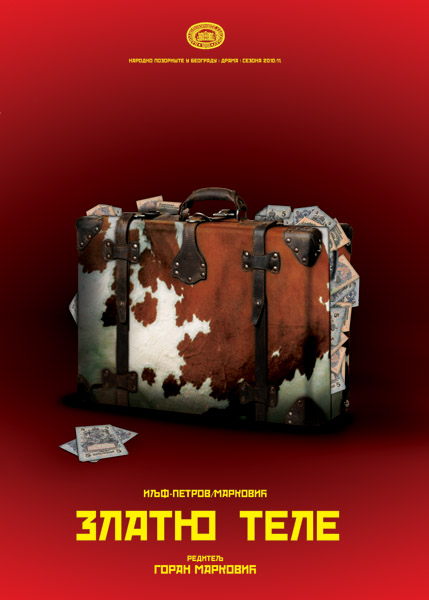 INTERVIEW WITH THE DIRECTOR 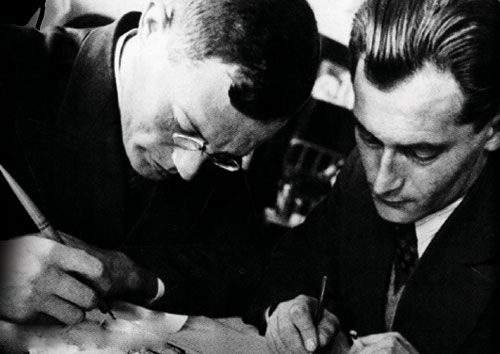 ILF and PETROV
Ilf (Ilya Arnoldovich Faynzilberg, 1897-1937) and Petrov (Yevgeni Petrovich Katayev, 1903-1942) are Russian writers. They did most of their writing together and their most popular novels The Twelve Chairs (1928) and The Little Golden Calf (1931) feature Ostap Bender, a character representing a modern con man whose adventures are portrayed in satirical sketches of reality. 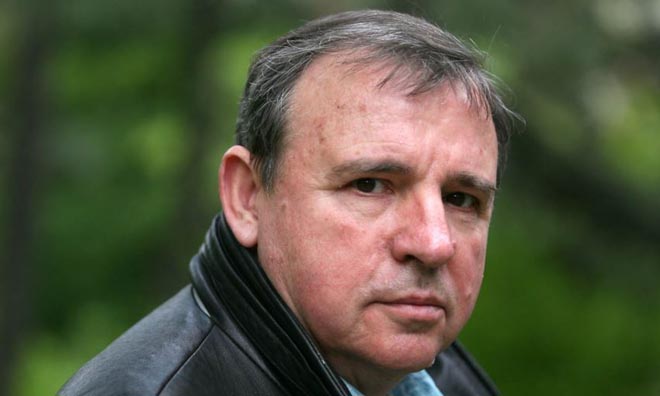 GORAN MARKOVIĆ
Goran was born in Belgrade in 1946. He graduated in film directing at the Film Academy FAMU in Prague, Czechoslovakia. Upon graduation, between 1970 and 1976, he made documentaries for television; he produced approximately fifty documentaries. Since 1976, he has been engaged exclusively in writing and directing films. He has produced eleven films and one TV series so far, mostly according to his own scripts. In 1978, he started working at the Faculty of Dramatic Arts in Belgrade, as an Assistant Professor and taught actors. Subsequently, he became a standing Professor of Film Directing and he now teaches students attending master studies at the same school. FILMS: Specijalno vaspitanje (The Special Discipline), Nacionalna klasa (The National Class), Variola vera (Variola Vera), Tajvanska canasta (Taiwanese Canasta), Već viđeno (Déjà vu), Sabirni centar (The Meeting Point), Tito i ja (Tito and Me), Urnebesna tragedija (The Tragedy Burlesque), Srbija nulte godine (Serbia, Year Zero), Kordon (The Cordon) and Turneja (The Tour). The films have won numerous awards in festivals of Venice, Berlin, San Sebastian, Valencia, London, Montreal, Montpellier, etc. There have been three retrospectives of Goran Marković’s films organized in France so far, in La Rochelle, Montpellier and Strasbourg. In 1987, at the retrospective of Yugoslav films in Pompidou Centre, Paris, Goran Marković has been presented with three films. In 2002, the Rotterdam International Film Festival, Kinoteka in Ljubljana and Kinoteka in Zagreb have organized a comprehensive retrospective of the author’s films. THEATRE PRODUCTIONS: Goran Marković’s theatre opus consists of the following dramas: Turneja (The Tour), Govorna mana (The Speech Defect), Osma sednica ili Zivot je san (The Eighth Convention or Life Is a Dream), Pandorina kutija (Pandora’s Box), Parovi (The Couples), Vila Sasino (Villa Sashino), Delirium tremens (Delirium Tremens) and Falsifikator (The Falsifier). He won Sterija’s Award for The Tour in 1997. At the competition organized by Goethe-Institut, on occasion of the twentieth anniversary of the fall of the Berlin Wall, his play The Falsifier made it into the six best plays in Europe and was performed at the review in Dresden, in 2009. Goran directed several productions: Pazarni dan (A Market Day) by A. Popović, Beogradska trilogija (The Belgrade Trilogy) by B. Srbljanović, Pomorandžina kora (The Orange Peel) by M. Pelević (he received the best director award at the Yugoslav Theatres’ Festival in Užice this year), Terapija (The Therapy) by J. Cvetanović; as well as his own plays: Pandora’s Box, Delirium Tremens, The Eighth Convention or Life Is a Dream, The Falsifier and The Golden Calf – his own dramatization of the novel by the same name, written by Ilf and Petrov. BOOKS: He wrote the book named The Czech School Does Not Exist, a short novel Tito and Me and A Year, novel in the form of a diary. Goran published a collection of his plays The Eighth Convention and Other Dramas and a novel Little Secrets.