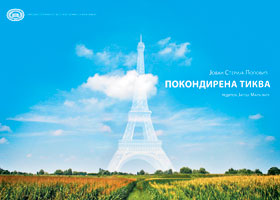 THE UPSTART
Of all Sterija’s plays, the most complicated for accurate evaluation is The Upstart. Apart from its true limitations, it is characterized by the qualities which seem to us, accustomed to modern comedies, as imperfections; since there are lots of them, they are quite noticeable and therefore spoil our general impression of the play; for that reason we are ready to disapprove the whole Sterija’s comedy, and to declare that The Upstart is of no value at all. However, no statement is as selective and untrue as this one. Sterija’s opus generally (this piece particularly) should not be judged by contemporary criteria; Sterija shouldn’t be expected to be precise and detailed in building character images as contemporary authors are; he shouldn’t be expected to be always on high level of humor and never to slip into banality. If we applied the same criteria on Moliere and demand of him the same we are demanding of Sterija, what would happen with the great French author? It doesn’t mean that essential difference between Moliere’s immense geniality and Sterija’s splendid gift is not already recognized: what is intended with this text is to pay readers’ attention on similarity between two comediographers, on their similar techniques in building character images, on their similar procedures in obtaining the comical effects. Both of them belonged to the same genre; used the same ways and procedures typical for Old Comedy. Finally, if we respect the qualities of Old Comedy when evaluating Moliere, we should do the same when evaluating Sterija: Sterija should be judged by the same criteria that are applied on Moliere. Only then many of the things which we previously perceived as imperfections shall be recognized as common and adequate procedure of a comediographer (…) 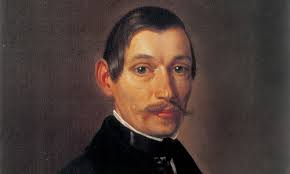 JOVAN STERIJA POPOVIĆ
J.S. Popović was born on January 1, 1806. His father was a merchant, Tzintzar by nationality and his mother was very educated women from an artistic family, Serb by nationality. Mother’s background and his poor health from an early age disabled him to fulfill his father wish and to takeover family business. Instead, he devoted himself to studies. He graduated from the University of Budapest, where he had first important contacts with theatre, which would soon after become his great love and obsession. In Budapest he has written and published his first poems that were followed by tragedies. On return to Vršac, as a graduated jurist, he became a professor of Latin language and after that a lawyer. During that period he was very much occupied with his literary career. His first comedy The Liar and the Archiliar revealed him to be a brilliant comediographer. His long-lasting wish to come to Serbia and to help his people in organizing the new liberated state was finally fulfilled in 1840. He was appointed as a professor at the “Liceum”, located in Kragujevac. There he helped his colleague Atanasije Nikolić, also Serb from Vojvodina, to start the student theatre company. At the same time he was caught by the idea to found the “Learned Society”. The following year, when the “Liceum” was relocated to the capital, he came to Belgrade where he deepened his cultural, social, and educational activities. He took part in founding of the “Theatre at Djumruk”, and the theatre “At the Deer’s”. He wrote and translated texts, taught actors how to act, wrote critics and helped the theatres in administrative and juridical matters…He was deeply devoted to the improvement of school system in Serbia, he wrote schoolbooks, prepared guidelines for school administration system, set up founds, started to publish educational magazine “Prosvetne novine” and took part in bringing of the first education law… He was one of the most fervent promoters of the “Society of Serbian Letters” (later, the “Academy of Sciences”). Also, he was a great advocate of the idea to incorporate the native language into the literary one (although not so radical as it was the case with Vuk Karadžić). He was among the first who organized collection and preservation of the valuable antique subjects, and was one of the founders of the National Museum. He held the position of a Head of the Ministry of Education for several years… and all of these in eight years only. However, during the regime of so-called “Defenders of the Constitution”, when the first generation of Serbian students graduated from various European universities came back to their fatherland, the outcry at Serbs from Vojvodina, the so-called “pro-Germans”, who were the only educated group in Miloš’s Serbia, became even more louder. Sterija couldn’t bear such circumstances and pressed with the other difficulties as well, decided to resign from his duty and in 1848 returned to his native town Vršac. Rather disappointed, tired, and ill, he was primarily concentrated upon his literary work. His best bitter comedy The Patriots, as considered to be by most of the critics, was written at that time, as a reaction on a conflict between Hungarians and Serbs in Vršac at the time of the Hungarian rebellion against Austrian regime, in 1848-49. J.S. Popović died on February 26, 1856, leaving behind himself everlasting influence in the culture of Serbia. During 137 years of the National Theatre history, eighteen plays written by Sterija were put in repertoire, as well as several plays inspired by Sterija’s biography. In the first three decades of XX century, his birthday was marked each year by organizing the so-called “Sterija’s Night” on which his plays were performed. Among the latest “Sterija Awards” which were granted to our House, those of the very special importance were for Kir Janja in 1993 and for The Upstart in 1998. 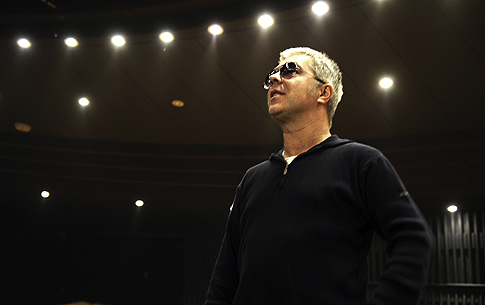 JAGOŠ MARKOVIĆ, director
Instead of a biography
I am so very honored and proud to have been appointed to present to Jagoš Markovic “Mica Popovic” Art Award from the Fund for the Promotion of Creativity. By his black canvases, films, books, public activities, as well as by his whole life, Mica Popovic was a challenge and a provocation. In another way, Jagoš Markovic is also a challenge and a provocation, by his specific, fantastic, wild, reach theatre. When working on a play, Jagoš always makes something that no one before him has ever done. He throws new light even on the old and already known issues. He succeeds in that by using some unnoticeable gesture, but with that gesture he changes everything. Jan Kott once wrote Godot in small g, thus transforming the name of man or God into the name of term. In that way he gave it unexpected meaning, unexpected domain and volume, as well as unexpected consequence. Jagoš uses the similar procedure: his Miser does not count, nor fondle, nor hug, nor devour golden coins, but glass balls. Through those glass balls the classical drama and the classical problem is turned into an unexpected direction. Radically, by his great courage, Jagoš changes the metaphors found in the text. However, he does not do that only as a director, for he is not only a director in the theatre. In fact, he is everything in the theatre: he is an actor and a whole ensemble, he is the audience, the stage and the theatre box, the first, the second and the third gallery, he is the theatre library, he is the brush and the paint, the hammer and the nail, the ropes and the lights, the silk and the fire, the sets and the curtain. Probably, he is all of that only to show us that the world without love is only dry, salt and lifeless sea bottom, which is the same what apostle Paul says in The First Epistle to the Corinthians. Tonight we are bestowing “Mica Popovic” Art Award to the man who is the whole, alive theatre, theatre without intermission, theatre without working time, theatre that never closes its door nor put out its light. Jagoš Markovic deserves this award in the same way as Mica Popovic deserves that this award bears his name; because of his gift, given by God, but which must be realized on his own, without God’s help, with the highest persistence and exclusivity serving only to that he loves and believes in.

A WORD FROM THE DRAMATURGUE
At the beginning of the 21st century, in Belgrade, in Serbia, we are reading The Upstart, comedy written by J. S. Popovic. On the one hand, we have great respect for the famous piece of our dramatic literature and at the same time we are aware that in the last century several legendary performances of this play were staged. On the other hand, a fact that the last century ended in this region with a large devastation of value system bound us to read this comedy that treats break down of values within the family - here and now.  “The time is out of joint”, but nevertheless Fema wants to make it better, in her own way. Should we be laughing at that? A woman, who spent years in a smell of cobbler’s workshop, with a husband who beat her and forced her to work hard, becomes a widow with quite a property. Longing for kindness, beauty and tenderness, she tries to do everything to overcome the past and to ensure better life for her only daughter, a life that will be far different from her. Should we be laughing at that? However, there is a great difference between irony and humor laugh, as Lesing taught us in Hamburg’s Dramaturgy. The humor of The Upstart arises from the way in which Fema makes the changes in her life – she learns French, tries to make Jovan a noble’s servant, changes her manners and habits… She believes that “she is born to nobility” and that finally she has a chance to live as she diserves; only if her family could understand her. She is not to be blamed for her ambitions and aims. And that’s why she wins at the end. She acquires a son-in-law who “speaks” French (whether he is rich or not, it just doesn’t matter) and believes that her daughter shall have a better life than she had. Comedy is the embodiment of happiness, says Susan Langer in her famous study The Great Literary Forms and therefore, in this setting, Fema is shown as someone who enjoys when “her family is talked about”. Thus, the system is established. Comme il faut.