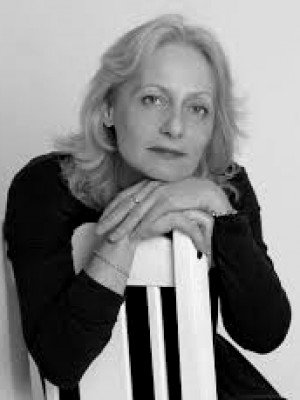 Productions in current Repertoire of the National Theatre:
• The liar and the archiliar
• The Importance of Being Earnest
• Antigone
• White Coffee
• Cyrano
• The Folk Play
• The Power of Darkness
• A Suspicious Person
• The Bereaved Family
• Impure Blood

Graduated from the Dramaturgy Department of the  Faculty of Dramatic Arts in Belgrade in 1985. Started working as a dramaturge in the Drama Programme Editorial Board  of Television Novi Sad that same year and worked as a dramaturge, editor of domestic drama and serial programme, editor of foreign drama and serial programme and editor-in-chief of the Drama Programme Editorial Board over the following years. During that period she signed about forty TV dramas, TV films and series produced by the Drama Programme of Television Novi Sad (The Balkans Express – Part 2, The Black Bomber, Most of All in the Whole Wide World, Tito and I, Hot Salaries, The Summer, The Violin Clef, The Wild Saint...). In 1989, as JRT /Yugoslav Radio and Television/ representative, she was a member of the international jury for TV film and drama of the Berlin Prix Futura Festival, on which occasion the TV film The Harms Case of Television Belgrade was awarded the Grand Prix. In 1990 she was the youngest participant in the Drama Experts Conference in Antwerp.
In 1982, after the TV drama The Land directed by Nikola Lorencin had already been realised according to her script, the same drama was staged in the Serbian National Theatre in Novi Sad, directed by Radoslav Doric. She is the author of several radio dramas, pieces for children and a few television adaptations of texts of other authors (The Love Letter by Kosta Trifkovic, How to Entertain Mr. Martin by Borislav Pekic…).
For a short time she was editor in the Feature Film Programme of Television Belgrade and as of 2002 dramaturge of the National Theatre in Belgrade. She worked on performances with a number of eminent theatre directors such as Jiri Mencl (The Merry Wives of Windsor), Vida Ognjenovic (The Three Sisters, Troubles With Freedom, The Uninvited Guest, Emperor Oedipus), Jagos Markovic (The Upstart, Dr., Antigone, Pig’s Father – Zvezdara Theatre), Ivana Vujic (Hamlet), Nikola Zavisic (The Importance of Being Earnest, Hard To Please), Milan Neskovic  (At the Everlasting Tap, Café au lait). Between 2003 and 2011, in addition to her work as dramaturge,  she was assistant  director of Drama of the National Theatre in Belgrade. From June 2011 to February 2013 she was director of Drama of the National Theatre. During that period, in May 2012, the Drama section of the National Theatre for the first time in the history of Serbian theatre staged a premiere (Shakespeare’s  historical chronicle Henry VI, directed by Nikita Milivojevic, in the Serbian language) on the boards of the famous London Globe Theatre (at the Cultural Olympiad).
She works as a pedagogue from time to time.