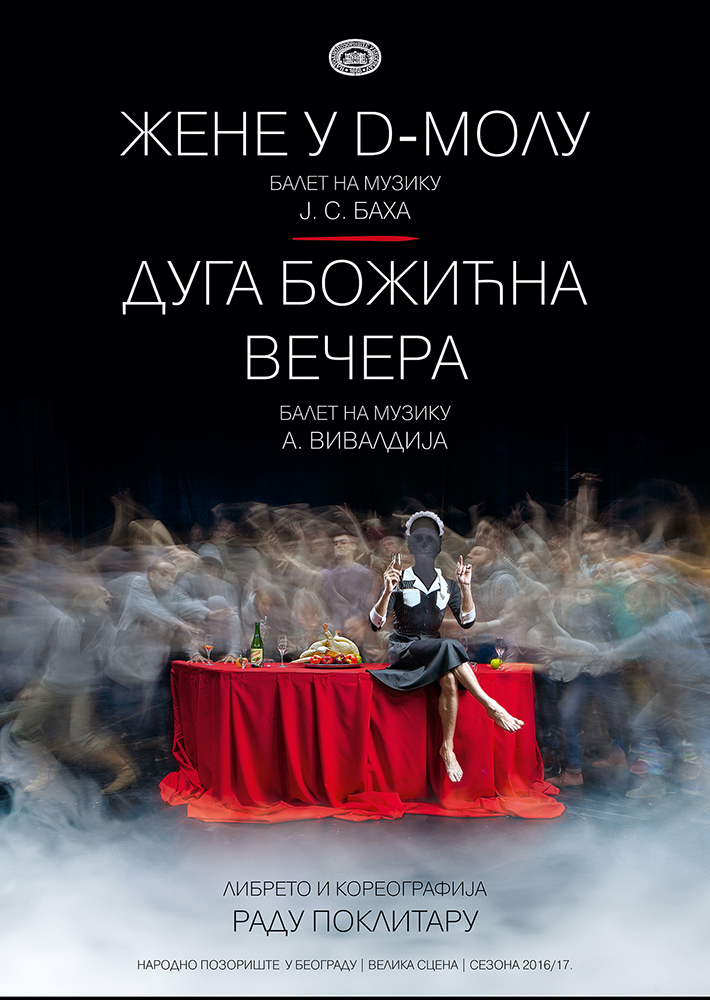 WOMEN IN D MINOR
The ballet Women in D minor is permeated with the admiration of J. S. Bach’s genius. It is Bach’s polyphony that was the source of the choreographer’s inspiration: “The whole plastic texture of the ballet is entirely polyphonic. The tragic story of a non-existent women’s friendship is but a pretext for the unfolding of sophisticated multi-figural compositions and poignant duets”, says Radu Poklitaru. The final part of the ballet, owing to the combination of Bach’s cosmic music and modern expressive plastique, can be compared in its scale to a Biblical tragedy. The costume designer Dmitriy Kuriata succeeded in solving the choreographer’s task set before him – he managed to reproduce the atmosphere of the age of Bach. According to the story, there are 16 main heroines in the ballet – the women’s parts are performed by men.

THE LONG CHRISTMAS DINNER
It is a ballet-contemplation about the fugacious life, filled with futile and useless actions which rob us of the precious moments, hours and years of our earthly existence. The story focuses on the ninety years in the life of the Bayard family, the years fleeting as a chain of Christmas dinners. The fates of the people are passing in a number of feasts and banquets. Like ephemeron butterflies, they dissolve in some non-existence leaving nothing to be remembered by in the future. Vigorous, grotesque choreography finds its easy way to each spectator’s heart without any dogmatic moralizing and may start the audience thinking if they are any different from the characters on the stage. 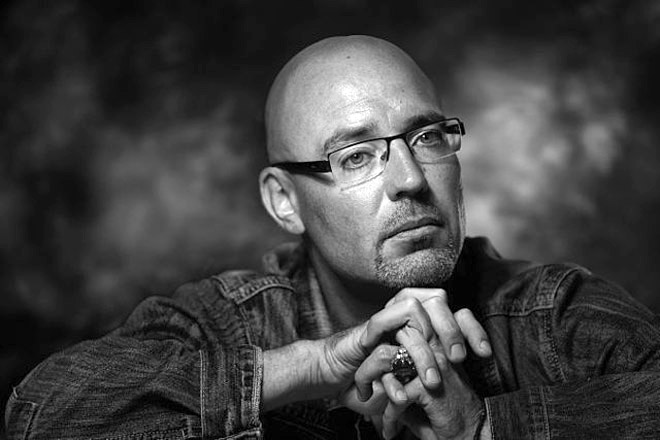 In 2006, at the initiative and with the financial support of V. Filippov, a Ukrainian patron of Arts, Radu Poklitaru founded his own inimitable theatre, The Kiev Modern Ballet, in which he brought about the following productions:
Carmen.TV, a two-act ballet to G. Bizet’s music, 2006.
Romeo and Juliet (SHAKESPEARIMENTS), to the music of P. Tchaikovsky, G.F. Handel and the Renaissance artists, 2007.
Bolero, M. Ravel’s music, 2007.
The Nutcracker, P.I. Tchaikovsky’s music, 2007.
№6 Ward, to A. Piart’s music, 2008.
Underground, to P. Vasks’ music, 2008.
Quartet-a-tête, to A. Maas’s music, 2010.
In pivo veritas, to the Celtic folk music and the music of Renaissance, 2011.
Intersection, a ballet-triptych to M. Skoryk’s music, 2012.
Hereven, to V.Nikolayev’s music, 2012.
Swan Lake, to P.I. Tchaikovsky’s music, 2013.
Women in D Minor, to the music of J.S. Bach, 2014
The Long Christmas Dinner, to A. Vivaldi’s music, 2014.
Giselle, to Adolphe Adam’s music, 2016.
In 2012 – 2013 Radu Poklitaru was the creative director of the Municipal Academic Opera and Ballet Theatre for Children and Young People in Kiev. In 2014, Radu Poklitaru was invited as a choreographer for the opening and closing ceremonies of the Olympic Games in Sochi. For the opening ceremony he produced a mini-ballet “Natasha Rostova’s First Ball”, to the music of several composers, with present and past stars of the Bolshoi taking part – Svetlana Zakharova, Vladimir Vassilyev, Ivan Vassilyev and Alexander Petukhov among them. In 2016, Radu Poklitaru received Shevchenko National Prize in the Performing Arts. Up till now the choreographer has authored over thirty one-act and full-length productions, performed at international musical festivals and on tours in Great Britain, France, the Netherlands, the United States, Japan, China, Poland, Estonia, Thailand, Spain and other countries. Each of projects of Radu Poklitaru is a challenging experiment and a daring quest, which attracts with its unconventional reading of world-known theatrical plots, as well as its renewing and enriching the form and vocabulary of modern dancing, and which is always subject to music and unveils the complicated inner world of a human personality.