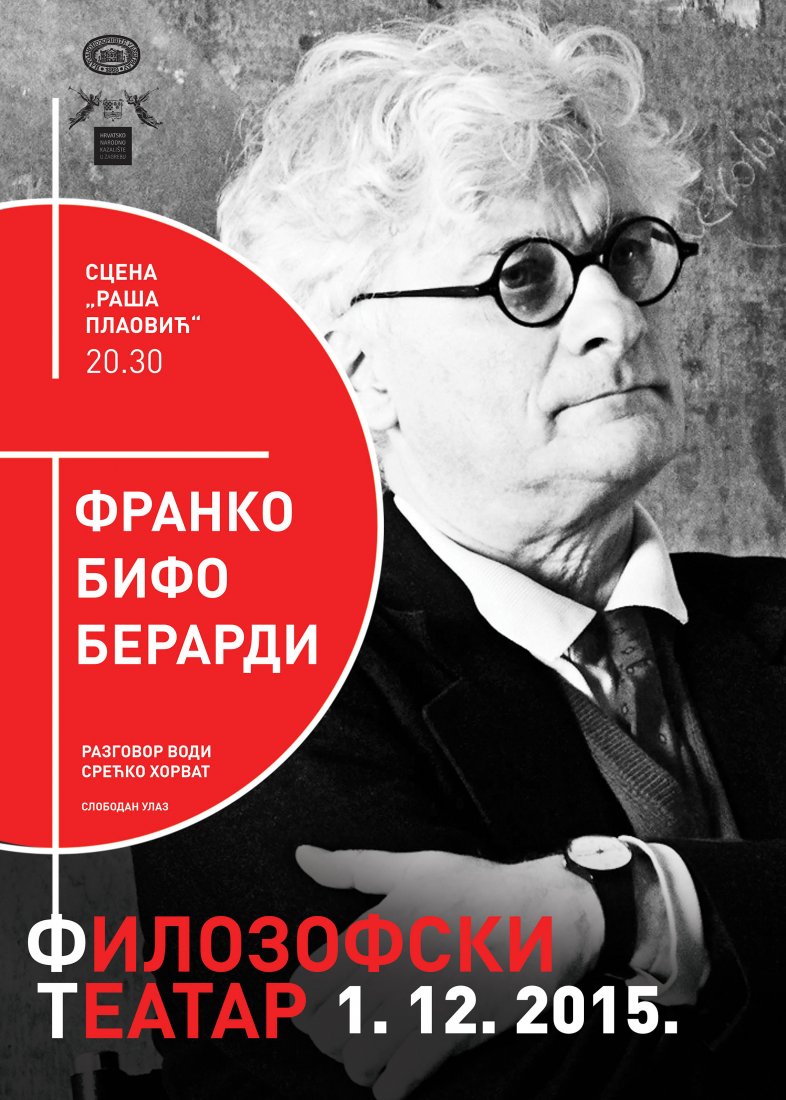 Philosophical Theatre is a project initiated by the Croatian National Theatre from Zagreb in 2014 in order to re-establish close connection between philosophy and theatre. The initiator of the project, Srećko Horvat, says, ‘connection between philosophy and theatre has always been stronger than between philosophy and any other media. Undoubtedly, best-known and most influential works by Jean-Paul Sartre have been his plays, just like Bertolt Brecht approached contemplation on radical politics through theatre and used it to establish his epic theatre’. Theatre has always been a place for active meditation on society and social processes, the Philosophic Theatre gives an opportunity for public discussion and it does so in the National Theatre, which is more than necessary at the moment. With this in mind, Horvat reminds, ‘If we do not leave the theatre as different people, then what is the point of theatre? And why go to a theatre if we do not expect something to happen to us, to feel something, to change our opinion; to observe ourselves and get to know other people.’ Thus, theatre becomes a place to convene and meet the most inspirational contemporary philosophers, sociologists, psychoanalysts, writers and economists who speak of today in different manners and propose and contemplate social changes. The audience in this case is not treated as a silent observer; instead, it is an active participant in a public debate that takes place after every Philosophical Theatre.
In the previous season (2014/2015), guests of the Philosophical Theatre in CNT were philosophers Slavoj Žižek and Julija Kristeva, writer Niccolo Ammaniti, sociologists Saskia Sassen and Richard Sennett, economist Thomas Pikkety and actress Vanessa Redgrave. Guests expected in the following period are Tariq Ali, Alain Badiou, Eva Illouz and many others, who will visit Zagreb, as well as Belgrade and Sarajevo. Žižek wrote his first play Antigone for the Philosophical Theatre; the play will be performed in the CNT in the course of the next season.

FRANCO BIFO BERARDI
Franco ‘Bifo’ Berardi (born in Bologna, 1948) is one of the most prominent and, certainly, one of the most interesting Italian philosophers and activists. Berardi has written numerous books and essays. He founded the magazine A/traverso and was part of the staff at Radio Alice, the first pirate radio station in Italy; in addition, he is a member of Autonomismo movement. During 1970s, he cooperated with Felix Guattari in the field of schizoanalysis. Currently, Berardi is working with the magazine Derive Approdi as well as teaching social history of communication at the Accademia di belle Arti in Milan.
Berardi’s work mainly focuses on the role of media and information technology in post-industrial capitalism. He uses psychoanalysis, schizoanalysis and communication theories in order to show how subjectivity and desire are bound up with the functioning of capitalism. He believes that events such as the financial crisis of 2008 cannot be understood only through the contradictory logic of capitalist accumulation. Thus, he argues that the problem is more complex and says that ‘the solution to the economically complicated situation cannot be found in economic means: the solution is not economic.’ Human emotions and communication become a central issue in production and consumer patterns that sustain flow of capital in the post-industrial society.
In his book The Soul at Work: From Alienation to Autonomy, published in 2009, Berardi says, ‘When compared to Kant’s opinion of an intellectual as a figure independent from social experience, or Sartre’s definition of an engaged intellectual, the role of an intellectual in modern society has been redefined: namely, they are no longer a class independent from production, nor free individuals assuming the task of a purely ethical and freely cognitive choice, but a mass social subject, tending to become an integral part of the process of production.’
His latest book Heroes: Mass Murder and Suicide theorises on the relationship between capitalism and mental health. By embarking on an exciting journey through philosophy, psychoanalysis and current events, Berardi searches for the roots of poor mental state of the society today. He uses the examples in recent history like Breivik case in Oslo, the Columbine High School massacre in the USA, the suicide epidemic in Korea and Japan and the recent outbreak of suicides in Europe due to austerity measures. He explores the darkest parts of obsession with merciless competition and hyperconnectivity. 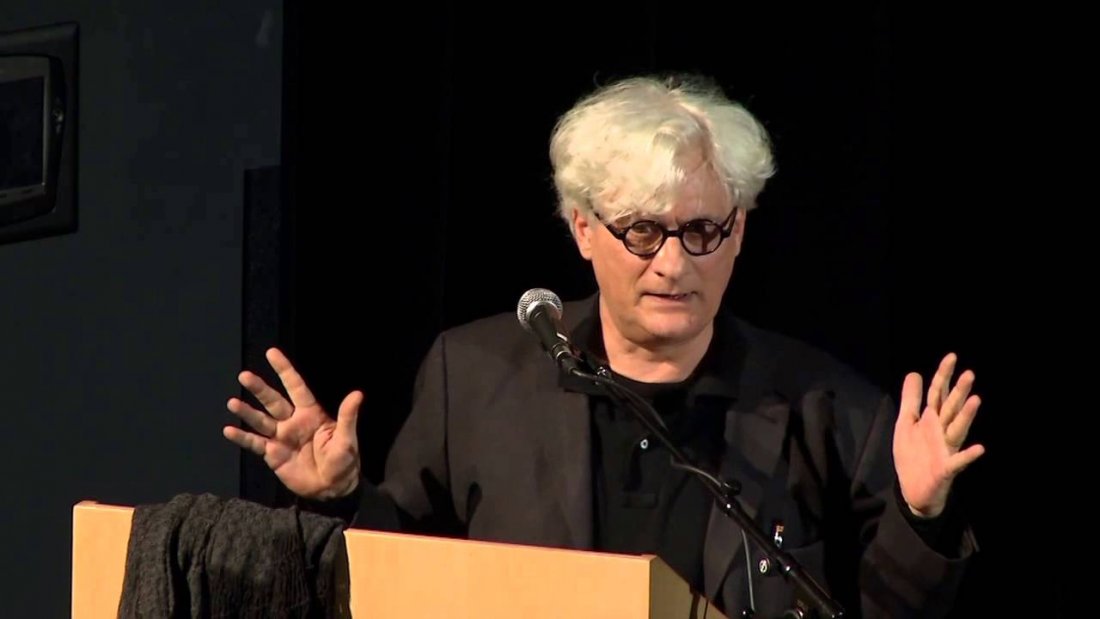 CELEBRATION OF THE NATIONAL THEATRE’S DAY AND PRESENTATION OF AWARDS