MARY STUART BY SCHILLER, DIRECTED BY MILOŠ LOLIĆ, PREMIERES ON THE MAIN STAGE 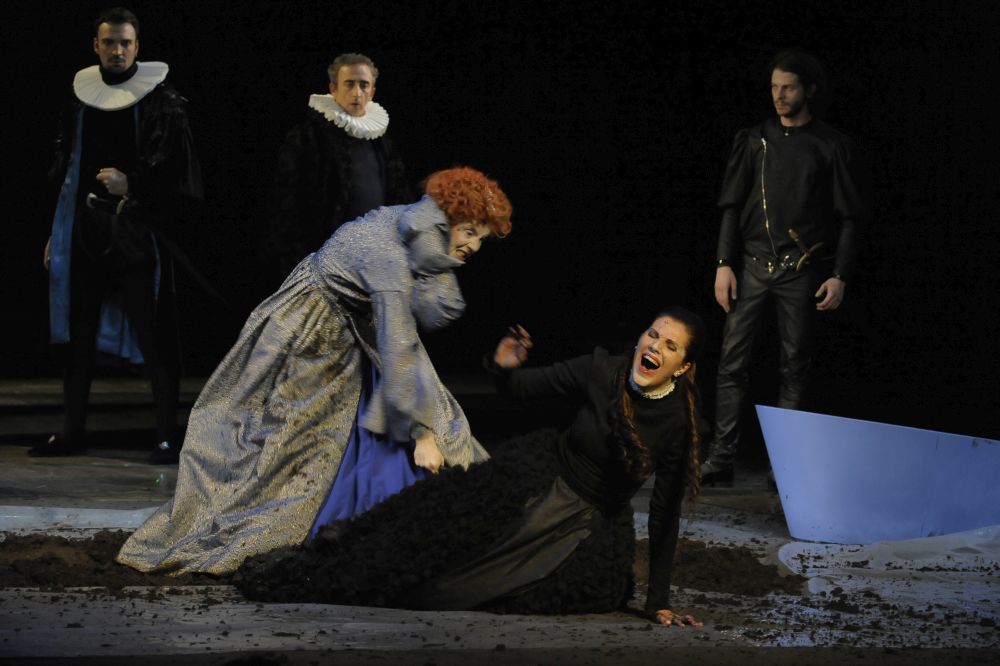 Mary Stuart, written by Friedrich Schiller, stage directed by Miloš Lolić, premiered on the Main Stage on Wednesday, 2nd December.
The young and talented stage director, who has been engaged by the National Theatre for the first time, has entrusted Sena Đorović with the interpretation of the title role– Mary, Queen of Scots, and Nada Šargin with the interpretation of her cousin, Elizabeth, Queen of England.
The cast in this classical piece of German Romanticism also include Gojko Baletić (Amias Paulet, Knight, Mary’s warder), Miloš Đurović, guest artist (Mortimer, Paulet’s nephew), Branko Vidaković (William Cecil, Lord Burghley, High Treasurer), Ivan Bosiljčić (Robert Dudley, Earl of Leicester), Nebojša Kundačina (George Talbot, Earl of Shrewsbury) and Zoran Ćosić (Wilhelm Davison, Undersecretary).
Schiller’s play reveals the conflict between Elizabeth of England and Mary Stuart, Queen of Scots, due to the conflict of their two religions – Catholicism and Protestantism, as well as the final days of the unfortunate queen just before her death sentence.
The famous German writer skilfully reveals mechanisms of political games in the incessant fight for getting and keeping power, both by an individual and by interest-based groups.
In addition, this complex play reveals deadly vanity of the two women, their tragic childhoods and lives, as well as their fears, destinies, strengths and weaknesses.
The audience has watched this more than two-hour long performance with pleasure and positive reception regarding the whole cast’s interpretation and they awarded the actors with a long and cordial applause when the performance ended.
Slobodan Obradović is the dramaturge, Jasmina Holbus designed the set, Marija Marković designed the costumes, Nevena Glušica was in charge of music, while Ljiljana Mrkić Popović has been in charge of stage speech in this production.
The production team also consists of Vuk Miletić (Executive Producer), Nemanja Konstantinović (Organiser), Miloš Obrenović (Stage Manager), Danica Stevanović (Prompter) and Jug Đorđević, a student of the FDU in training (Assistant Director).
Branimir Živojinović translated the play into Serbian language.
Maria Stuart, written by Schiller in 1800, has been produced three times in the National Theatre in Belgrade so far. The first production, staged by Laza Popović, took place on 11th May 1869, the following one was directed by Miloš Cvetić (19th November 1882) and the third one by Čiča Ilija Stanojević (1st June 1906).
M.B. 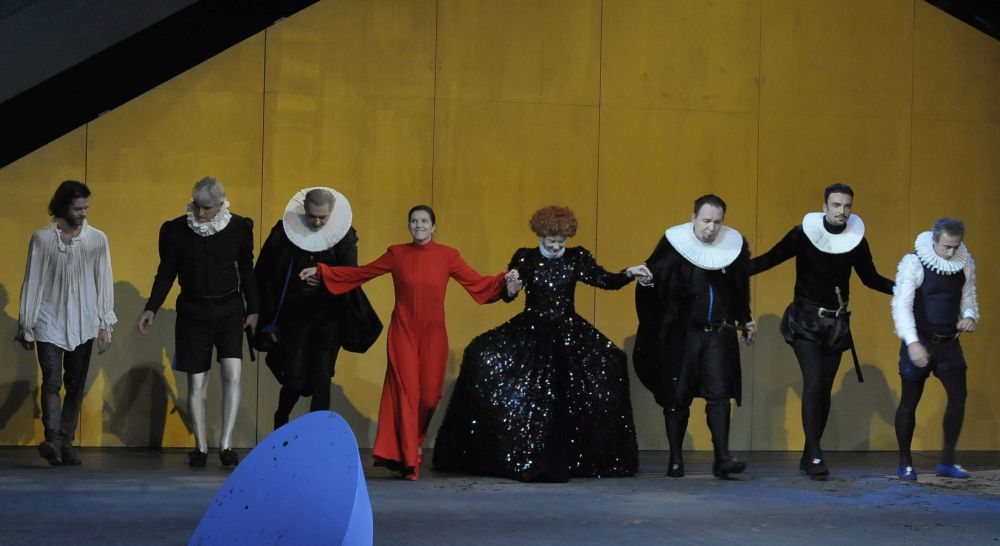