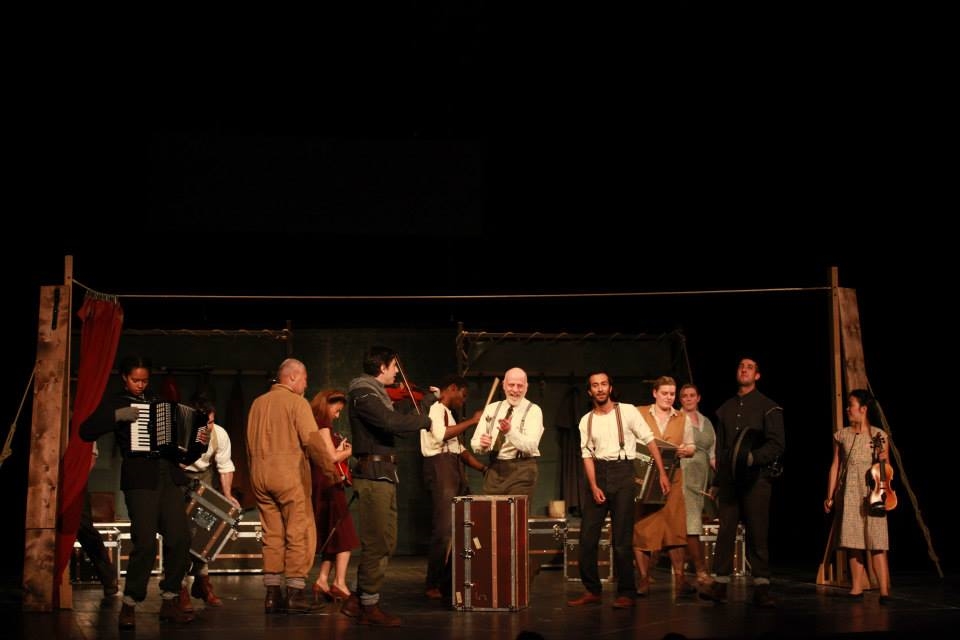 On 18th June, the famous Globe Theatre from London toured the National Theatre in Belgrade and performed Hamlet, directed by Dominic Dromgoole and Bill Buckhurst, on the Main Stage. The company is on a world tour, which started on 23rd April in order to celebrate 450th anniversary since Shakespeare’s birth.
In the auditorium filled to capacity, the audience enjoyed the two-hour and forty-minute performance of Shakespeare’s well-known classical tragedy, which features concealed humour, politics, violence and philosophical issues.
A cast of 8 actors who interpret more than 20 roles performed inspiringly the play with elements of tragedy, vengeance, murder, introspection and supernatural intervention.
Theatre critics have appreciated production that celebrates English language and the genius of Shakespeare. Review in The Independent states that it is “a wonderfully engrossing production”; while The Guardian asserts that “Good things often come in small packages, and so it is with Dromgoole and Buckhurst’s speedy, pared-down Hamlet.”
Serbia is the 21st state where the performance has been given since the beginning of the world tour.
After the performance, the cast and journalists had the opportunity to talk to each other in Hotel In in Novi Beograd (Click HERE), which together with Mačkov podrum and the Printing House Zemun supported the touring performance of the London company in the Serbian capital.
In the course of this two-year theatre adventure titled Globe to Globe: Hamlet, one of Shakespeare’s best known and most often produced tragedies will be performed in all 205 countries in the world, as announced by Mr. Dromgoole.
The troupe will tour Europe first, then the Caribbean, Northern and Southern America, from where the troupe will proceed to the west coast of Africa, Australia and islands in the Pacific, then Indonesia, Japan, China and Asian countries, upon where they will proceed to the east coast of Africa and back to Europe.
The tour will start and end in the Globe Theatre, a replica of Elizabethan theatre built on the Thames' south bank in London.
The tour will end with the final performance on 23 April 2016, the date signifying four centuries since Shakespeare's death, as the Globe Theatre is dedicated to Shakespeare and his plays. Mr. Peter Brook, director, finds Hamlet the most universal play out of all Shakespeare's plays.
"The six words in English of which everybody has heard are 'to be or not to be'. There can hardly be a place on this planet where these words were not translated. To produce Hamlet in its original language everywhere in the world is a very brave and dynamic endeavour", said Mr. Peter Brook.
The National Theatre performed on stage of this cult theatre on 11 May 2012, during the Cultural Olympiad event and performed King Henry the Sixth with success; the play was produced by the National Theatre in Belgrade and directed by Nikita Milivojević.
Special importance of this performance is in the fact that it was the first time Serbian language was spoken on stage of the famous theatre since it had been established, 400 years ago, which represents an honour and a privilege for the National Theatre, and Serbia.
The Cultural Olympiad started on 23 April as an introduction to the 2012 Summer Olympic Games in London. In the course of six weeks, theatre companies from 37 countries performed all 37 Shakespeare’s pieces in their own languages.
M.B.

Click HERE to see photographs and two footages from the performance 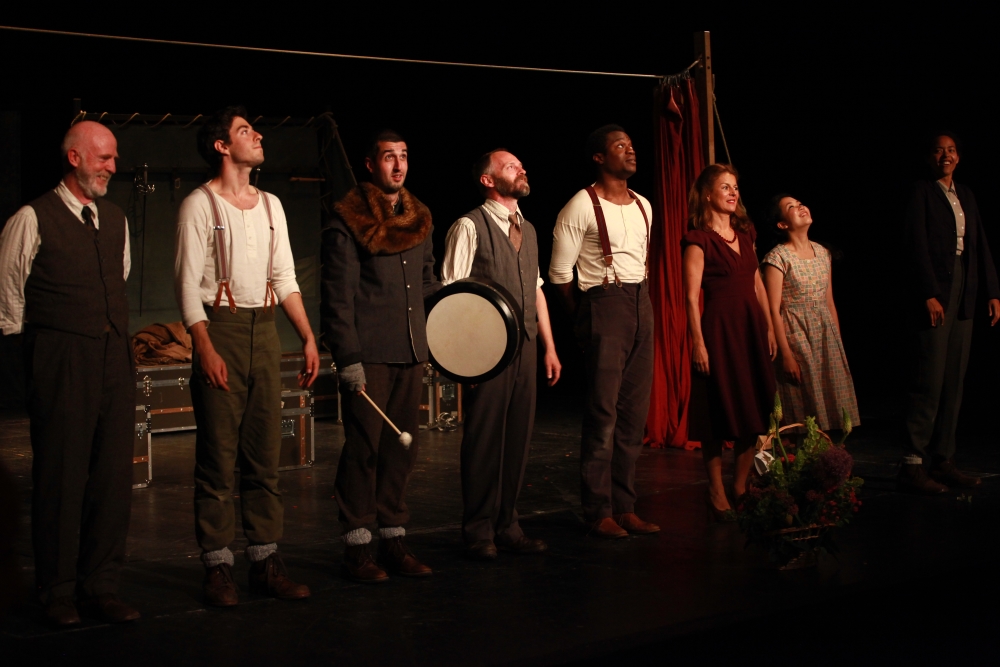 LIST OF CANDIDATES WHO HAVE SUCCESSFULLY PASSED THE AUDITION WHICH WAS HELD ON JUNE 5, 2014.