World premiere of opera Melancholic Dreams of Count Sava Vladislavić by Svetislav Božić, conducted by Đorđe Pavlović, directed by Aleksandar Nikolić and choreographed by Aleksandar Ilić, took place on the Main Stage, Saturday 28th February.
In the hall filled to capacity, the audience watched the piece with much concentration and appreciation; secular and sacral motifs, melancholy and restrained joy interlace in this piece.
At the end of the opening performance, the audience rewarded the authors and crew with a 15-minute long applause and ovations. The cast: Ivan Tomašev (Sava Vladislavić), Marko Kalajanović (Nikola Tesla), Sanja Kerkez (Ellen, Muse, White Dove), Jadranka Jovanović (Empress, Angel of Temptation), Nenad Čiča (Emperor, Young Tesla), Igor Matvejev (Meandžić ) and Slobodan Živković (Buda).
Orchestra, Choir and Ballet Company of the National Theatre in Belgrade take part in the performance; the Chorus represents the voice of people throughout the epochs.
The libretto was written by Božić, based on the life of Count Sava Vladislavić – Ragusinski (1668 – 1738), a Russian diplomat of Serbian origin at the court of the Russian Emperor Peter the Great and Catherine I.
In his book about the “Serbian diplomat at the Russian Court” and founder of the Russian Intelligence Agency, Jovan Dučić said, “For one quarter of a century, he was involved in all important events of the Russian Empire” - military alliance with Moldova, peace with the Turkish Sultan, understanding with the Pope, agreement on border position between China and Russia, and owing to his support, the first Orthodox Christian church was built in China.
Dučić puts special emphasis on the fact that Count Sava Vladislavić was “the first Serb who, at the end of the dark 17th century, established interest of Orthodox Russia and Emperor Peter the Great himself for liberation of the Serbian people and the Balkans.”
According to Božić, this is not a historical opera, nor an opera of intensive dramatic plot; instead, it is an opera of situation in which individual lives are presented in the words of great poets Crnjanski, Dučić, Nastasijević and Dejan Medaković in a possible stream of situations about a man who was successful and never a servant to his master.
Besides the poetry, the libretto has been inspired by fragments from Miloš Crnjanski’s drama Nikola Tesla.
Boris Maksimović designed the set, Katarina Grčić designed the costumes and Petar Antonović was in charge of video production.
M.B. 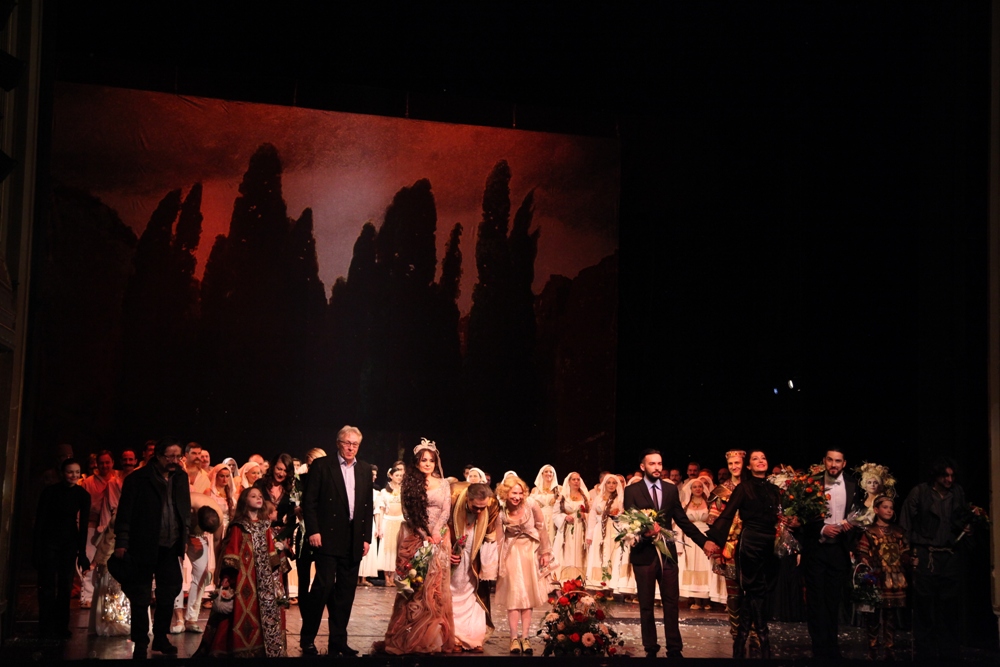