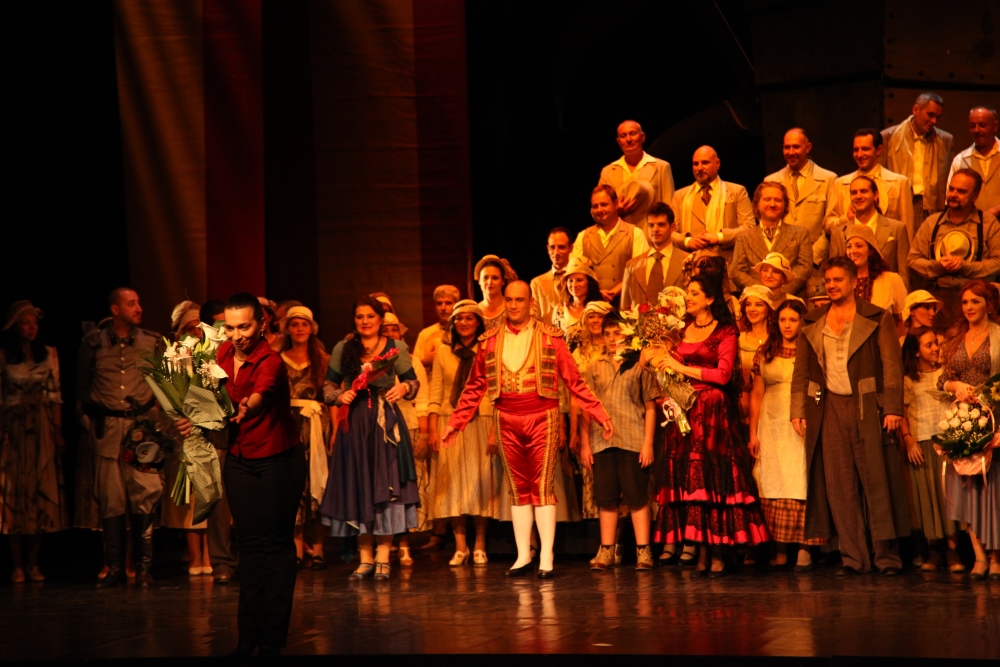 Performance of opera Carmen, by Georges Bizet, opened the 146th season of the National Theatre in Belgrade on Wednesday, 1 October, on the Main Stage.
In the hall filled to capacity, the audience rewarded the artists who performed in this three-hour spectacle with a long applause and standing ovations.
The title role was sung by Jadranka Jovanović, a mezzo soprano, who performed the role for the first time in the production; the character of Micaëla was interpreted by Suzana Šuvaković Savić, a soprano; while Dejan Maksimović, a tenor, had his debut in the role of Don José.
Under the baton of Ana Zorana Brajović, the following singers performed as well: Aleksandar Stamatović (Escamillo), Ivanka Raković Krstonošić (Frasquita), Ljubica Vraneš (Mercédès), Danilo Stošić (Le Remendado), Pavle Žarkov (Le Dancaïre), Aleksandar Pantelić (Moralès) and Vuk Matić (Zuniga).
The Orchestra, Choir, the Ballet Ensemble of the National Theatre in Belgrade and Children’s Choir “Horislavci“ also participated in the performance.
Geroslav Zarić designed the set, Katarina Grčić Nikolić designed the costumes and Emilija Jovanović choreographed the production.
Carmen, opera in four acts, directed by Nebojša Bradić, had three premieres – 24 and 25 March and 7 April 2012, on the Main Stage.
Director Bradić placed the plot in the time of the Spanish Civil War and created special atmosphere by engaging a part of Ballet Company and by using traditional fights which are always associated with Carmen, as well as by introducing elements of flamenco.
The extraordinary Bizet’s score, interpersonal relationships, love, passion, death… are always present in this piece, regardless of where and when the plot has been placed at and this is what makes Carmen one of the most popular operas of all times.
The story of a striking Gipsy girl, a symbol of sensual, passionate and independent woman, whose love for freedom remains prevalent even in the face of death – Carmen, was written based on Prosper Merimee’s novella.
The opera was composed to the libretto written by renowned librettists, Meilhac and Halevy, as commissioned by the Parisian Opera Comique in 1872.
The first performance took place in Paris on 3 March 1875. Belgrade audiences heard a performance of the opera in 1911 for the first time, when Zagreb Opera was on tour in Belgrade. The National Theatre’s first production of Carmen took place in 1923.
M.B. 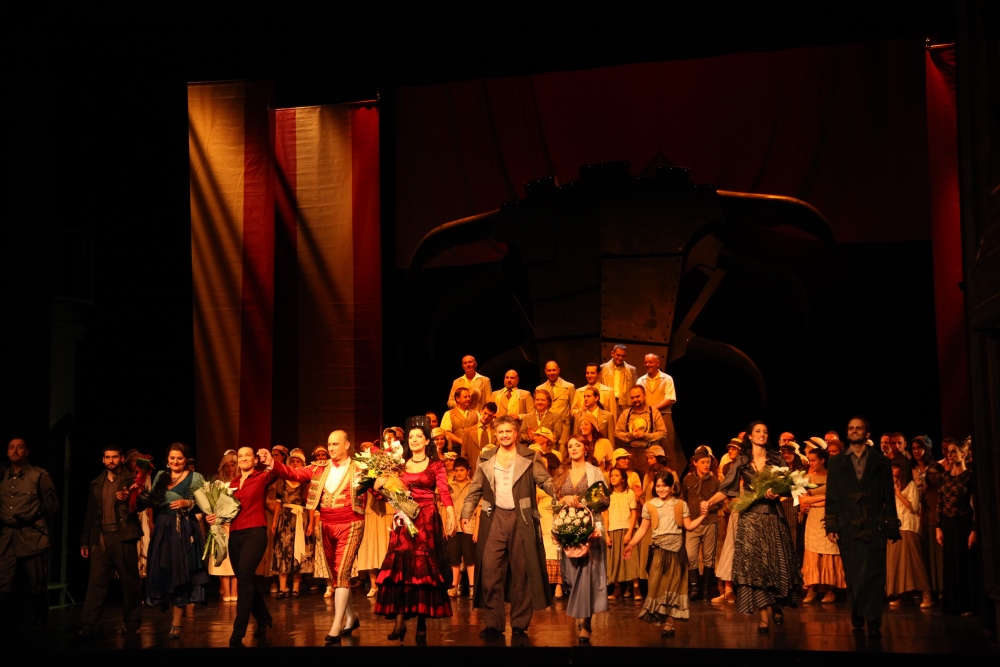