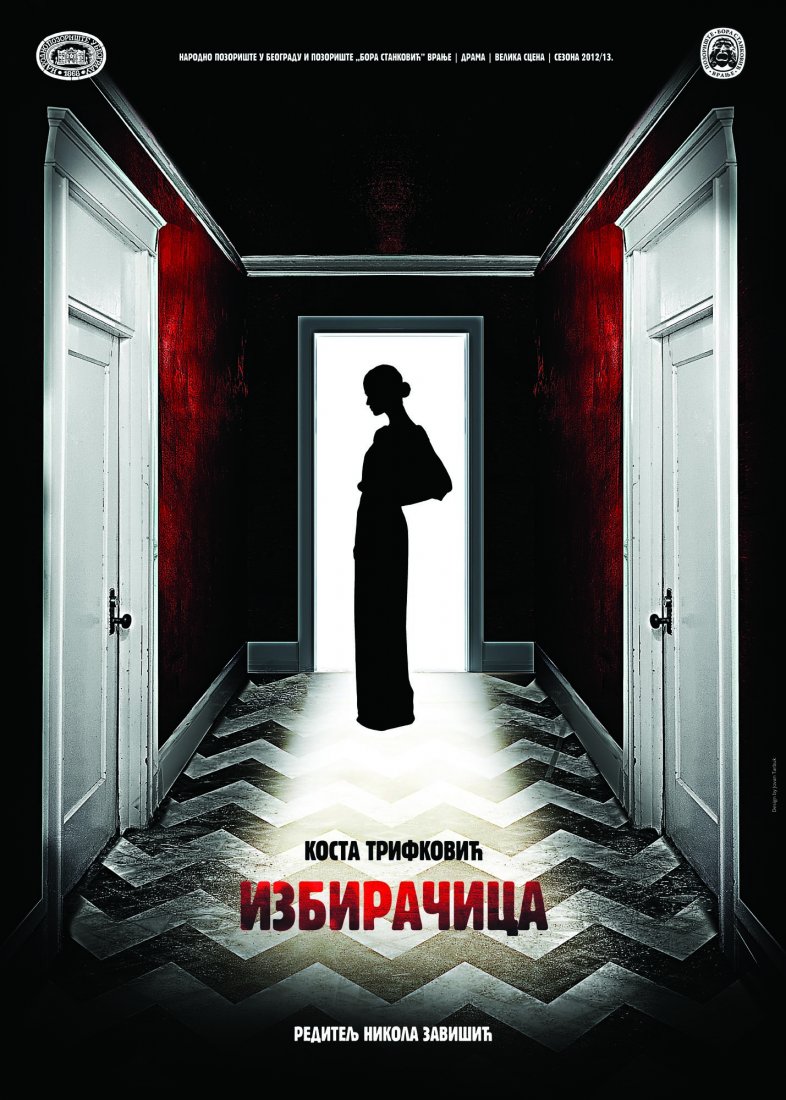 A SHORT CONVERSATION ABOUT THE CAPRICIOUS GIRL
DOING NOTIHING
At the time when Kosta Trifković wrote his plays, he acted as a witty critic of a stale social environment. Is it possible to interpret The Capricious Girl the same way today?
Yes, it is possible to interpret The Capricious Girl the same way today. It’s possible to focus on it furthermore and see some other things, the things that are maybe not visible at the first glance. The team that produced The Capricious Girl tried to look into it as much as possible.  This production of The Capricious Girl is about the things that all of us, people who live in this country, have failed to do in order to enable ourselves to live better. Our lack of action resulted in many outcomes, first of all on the personal level, there are numerous bad things. But it’s our own fault. What we need to do is to understand what mistakes have been made and, maybe, to act on it. We have to wake up all those dormant minds which linger in the limbo of lack of interest. The production laughs at this artificial state of inactivity. Because, it is better to laugh at it than to lament over it. Njegoš says in The Ray of the Microcosm:
“The sleep has come over mankind,
In their dream, they see terrifying apparitions
And they cannot make their mind
Whether their being is beyond those dreams.”
Kosta Trifković presents a story, in a funny and joking but also warning manner, about a young girl who finds herself under a lot of pressure, about society which has no understanding and hurts and spies on itself with a lot of vengeance and hardship. Trifković ends the play with an artificial happy end, but is it possible in real life? I think that we still linger around same themes, issues and repeat mistakes we have always made, without learning from them.  The play has a message that maybe it is the only way, until something else, bigger, stronger and more powerful than us decides to put an end to this. Therefore, we wait, choose and change nothing. That’s the way it is. So be it!

Perpetuum mobile dramaturgy of vaudeville? Simulacrum?
By doing nothing, with a clear decision not to do anything, we have condemned ourselves to endless dwelling in simulacrum of repeated mistakes. Hans Magnus Enzensberger says that we have been living in the Middle Ages to this day. We (the production team of The Capricious Girl) have tried to present a world consisting of as many dimensions as there are characters in the play. We wanted to cross the dimensions of these characters’ reiterated mistakes and to make a melancholic vaudeville of intermingled and eternally linked characters. Without depriving the comedy of comic situations designed by Kosta Trifković, we merely wanted to tackle the possibility that the characters finally should experience something new. Something hyperreal.
Jean Budrillard says in Simulacrum and Simulation: “It is the generation by models of a real without origin or reality: a hyperreal.” Our model was a comedy by Kosta Trifković.
Molina Udovički Fotez 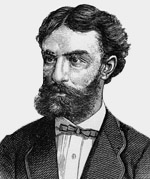 KOSTA TRIFKOVIĆ
Kosta Trifković was born in Novi Sad on 20 October 1843. At the time, Novi Sad was the centre of cultural life in Serbia. He grew up in a family in which everyone read a lot. He finished the renowned Novi Sad Grammar School as the best student of his generation at the time when Jovan Đorđević was one of the most important teachers in the school. Trifković was a good friend of Laza Kostić. He spent a year in Pest where he socialised with Serbian scholars who gathered around the Matica Srpska and Tekelijanum. During the stay, he often visited theatres and watched plays by Shakespeare, Goethe, Molière, as well as operas, operettas and ballets. Influenced by Hungarian tendencies towards France, he focused his attention to French literature. Trifković was a student in maritime school in Rijeka and for a short time, he sailed the Adriatic and the Black Sea. During his short seafaring career, he studied Italian drama literature. During period 1864-1867, he studied law in Debrecin, Požun and Košice. Upon his return to Novi Sad, he worked as a town notary, a senator, a judge and a lawyer. He became the Vice President of the Matica Srpska, which moved to Novi Sad in 1864, and was a member of the Board of Serbian National Theatre, established in 1861. When he was quite young, Trifković started writing poetry and soon after, he turned to playwriting. He became a popular comedy playwright during his short lifetime. His first comedy was Franco-Prussian War, followed by My Congratulations, The School Inspector, The Capricious Girl, The Love Letter and finally, a comedy finished by Bogdan Čiplić, A Member of the Parliament at all Cost. Owing to his originality and uniqueness in comedy writing, at the period when comedy writing was scarce, Trifković made his way into literature history and into repertoires of numerous theatres. During his lifetime, his plays were performed in theatres in Novi Sad, Pančevo, Belgrade, Zagreb, Ljubljana, Maribor; and at he end of the nineteenth and the beginning of the twentieth century in Budapest, Sofia, Naples, Leipzig, Krakow, etc. He died at the age of thirty-two in his hometown, on 19 February. One of the last things his wrote was the Venetian Prison, published in The Javor Magazine no. 4 in 1875, where he said, “… because the day has to come and will come, when the same stupid nation will become aware and conscious and then they shall put the blame on all those who have prevented their progress in such an inhuman way for centuries. That day will be the day of freedom, real freedom.”
Biography written by Molina Udovički Fotez 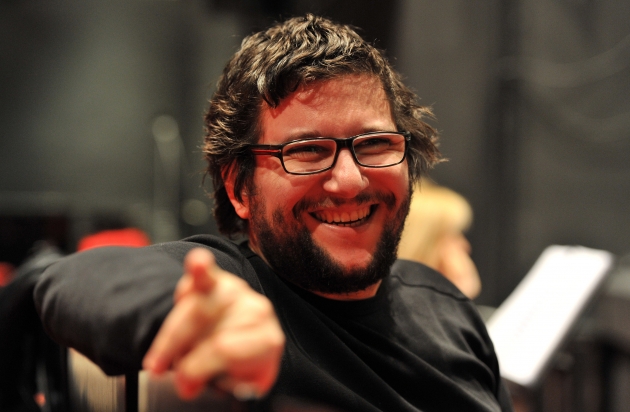 NIKOLA ZAVIŠIĆ
Nikola Zavišić was born in Bela Crkva in 1975. He is a stage director, dramaturge, writer and lighting designer. In 2003, he received his Master’s Degree from the Department of Directing in Alternative and Puppet Theatre at the Theatre Faculty of the Academy of Performing Arts (DAMU) in Prague. Zavišić has worked in Serbia, Croatia, Slovenia, Montenegro, Czech Republic and Holland. He has won numerous awards in festivals in the country and abroad: Children’s Theatre Festival in Kotor; Puppetry Gatherings Festival in Novi Sad; Puppetry Gatherings Festival in Niš; Festival of Professional Theatres of Vojvodina; Festival “Golden Lion” in Umag, Croatia; TIBA Festival in Belgrade; ASSITEJ Festival of Professional Croatian Theatres in Čakovec, etc. Zavišić is very interested in experimenting with light and various light sources in the informal artistic group “Radio.Nica” (Work.Shop), which he has led for years.