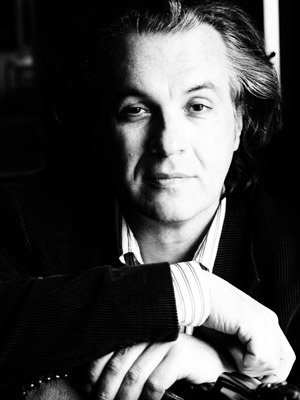 He was born in Belgrade.
Jovanović graduated from the Fifth Belgrade Grammar School and Secondary Music School ''Stanković'', and subsequently, from the Music Art Academy in Belgrade (Dpt. of String Instruments – Violin)
He has studied singing at the Music Art Academy in Belgrade, as well as at “Giuseppe Verdi” Conservatory in Milan, Italy. Jovanović has also undergone advanced training with renowned vocal trainers in Milan and Piacenza. He obtains his masters degree in solo singing at the Music Art Academy in Belgrade (class of Professor Radmila Bakočević).
Jovanović receives the Music Art Academy award for the most likely to succeed young opera singer from Danica Mastilović Fund.
In 1993 he is one of award winners at international competition “Puccini e il suo tempo” in Milan, and a finalist in International Competition “Flaviano Labo” for Young Lyric Voices in Piacenza. In 2006 he receives the award for special contribution to the National Theatre’s Opera as an Opera Manager in the National Theatre.
In 2007, he receives the Madlenianum Opera and Theatre biennale award for superb artistic creation for The Tales of Hoffmann by J Offenbach (Lindorf, Coppélius, Miracle and Dapertutto). The same year he receives the annual National Theatre’s award for the role of Tonio in Pagliacci by R. Leoncavallo.
In 2009 he receives the annual National Theatre’s award for the role of Don Carlo in The Force of Destiny by G. Verdi.
He has worked for some time as a violin and chamber music teacher in Secondary Music School ''Dr.Vojislav Vučković'' in Belgrade. He has moved to Italy where he works as a professional violinist in several chamber, opera and symphony orchestras.
Starting from December 1982, until February 2002, he has been a free lance artist (singer). He is currently engaged in the National Theatre in Belgrade’s Opera as a principal opera artist. In period April 2005 – November 2006, he held the position of Opera Manager in the National Theatre in Belgrade.
He has sung a number of baritone roles on many opera and concert stages in the country (Belgrade, Novi Sad, Niš, Smederevo, etc) and outside the country (USA, Germany, Austria, Switzerland, Italy, Romania, Moldavia, Greece, Slovenia, Macedonia, Korea, etc.).
He has recorded for National Television - RTS.