The National Theatre in Belgrade Celebrates Its 149th Anniversary 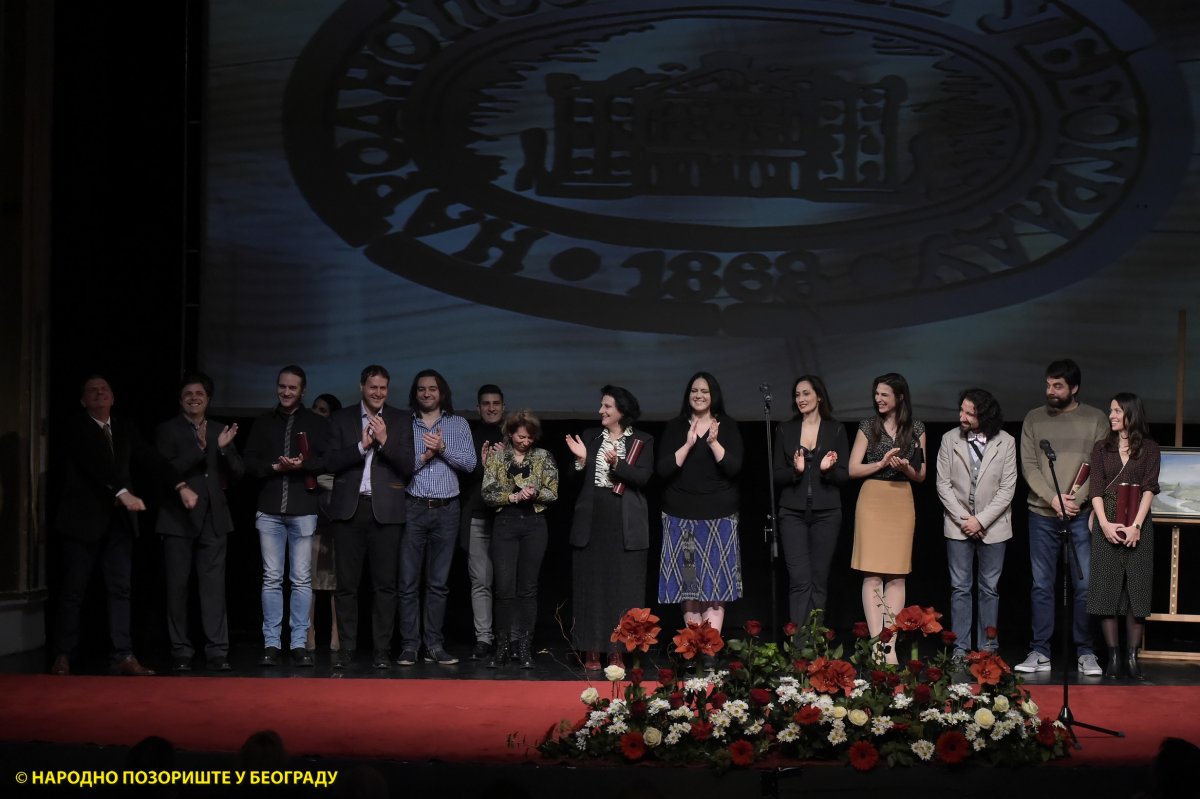 The Day of the National Theatre in Belgrade was celebrated on the Main Stage with presentation of annual awards, reiteration of seven premieres, numerous recognitions and tours that happened during the past year.

The “Raša Plaović” Award, which confirms best achievements in theatre acting in the region of Belgrade for 2016/2017 theatre season, has been presented to Mrs Olga Odanović, a principal actress of the Drama Company. Puccini’s opera Gianni Schicchi, stage directed by Ana Grigorović, has been proclaimed the best production of the season.

General Manager of the National Theatre, Mr Dejan Savić, welcomed everybody and said that they can be proud of achieved results.

Mr Savić reiterated that, due to systematization, the number of National Theatre’s employees was reduced for 111 jobs and approximately thirty additional ones that were vacated for various reasons, and stated that even in that situation, the Theatre remains firm in adhering to two fundamental principles in its activities – maintaining high artistic level and giving two performances a day.

He supported the construction of a new concert hall at Ušće, because it leads to the goal of constructing a new building of the National Theatre at the location of Staklenac at Square of the Republic, which would be one of priorities of the country and the city.

“In that period, it will be our duty and our task to present the best we have got, national authors and works, and to confirm our dominant position in Serbian culture. We will save names of the people who took part in development of the National Theatre and its progress from oblivion,” Savić emphasized.

Annual Awards of the National Theatre, Plaque of the NT, Recommendations for achieved results, Gold Badges for 20 years of career and Charts to retired staff have been presented during the event.

Odanović said that standing on stage on that occasion was very difficult for her, although she has stood on both stages of the National Theatre numerous times, because recognitions from the Theatre where she is engaged mean a lot to her.

She also highlighted the results of the National Theatre in the course of previous two years, thanking Željko Hubač, Manager of the Drama Company, and her colleagues without whom, as she emphasized, she could have not succeed on stage.

She said that after “Žanka Stokić” and “Ljubinka Bobić” Awards, the “Raša Plaović” Award represents a great responsibility for her.

Puccini’s opera Gianni Schicchi, stage directed by Ana Grigorović, has been proclaimed the best performance of 2016/2017season. The best individual artistic achievements at premieres were proclaimed the ones by principal actresses of the Drama Company Dušanka Stojanović Glid and Nataša Ninković and a principal actor of the Drama Company Igor Đorđević, soloist of the Opera Dubravka Filipović and a principal singer of the Opera Nenad Jakovljević.

Numerous members of all three ensembles and staff of the Technical Department and the Professional and General Affairs Department received Recommendations for achieved results of extraordinary and special importance for successful functioning of the National Theatre.
M.B. 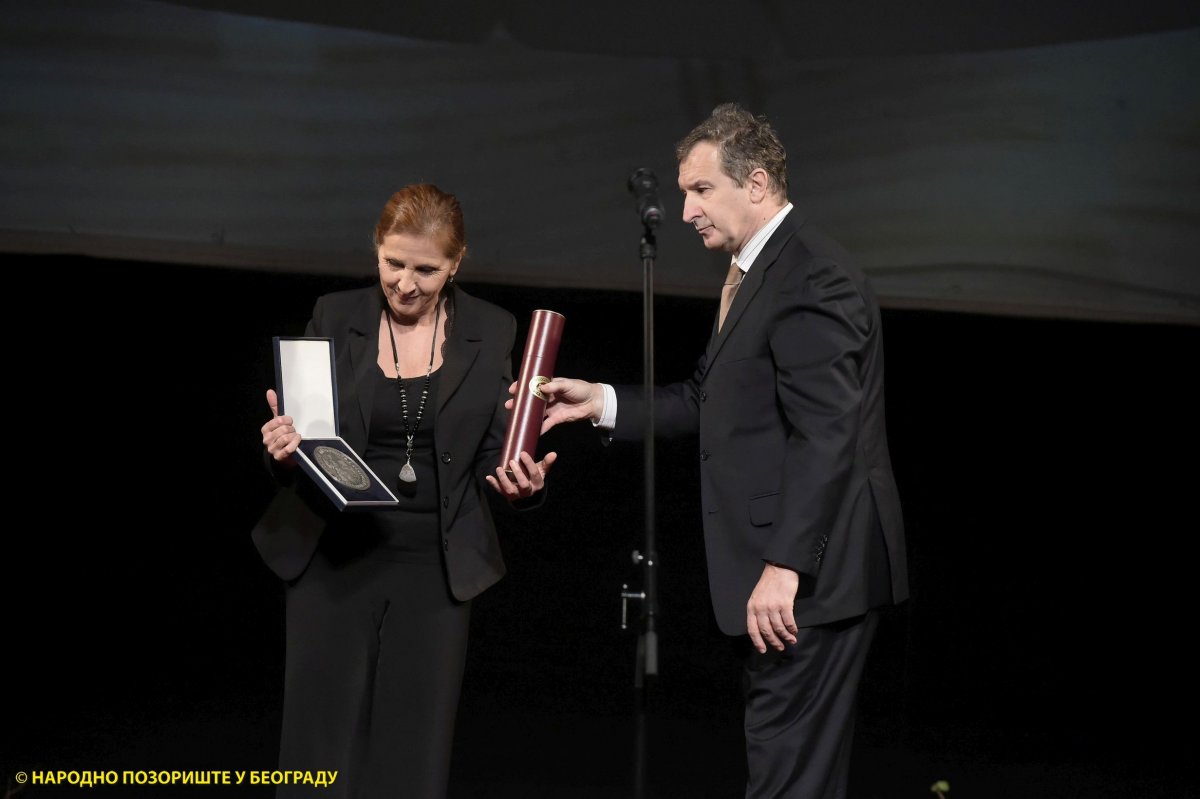