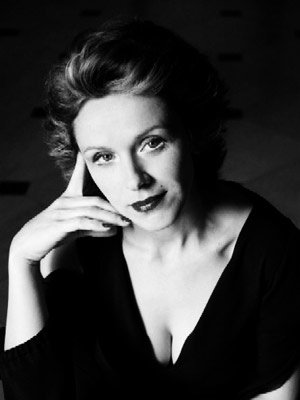 In the begining
Since the very young age she showed a big musical sensibility. After first musical studies she specialized the classical accordion, achieving soon the virtuosity. As a teenager, in years 1984-85, Suzana won five international contests, and for some years she continued her solo carrier with this instrument.

Soprano
In the beginning of the nineties, her professor of piano advised her to start the studies of singing on the University of the Musical Arts in Belgrade. Even before the end of the course she got the engagement from the Opera of the National Theatre of Belgrade. Soon, she won the first prize on the international contest "Petar Konjovich" in Belgrade. Suzana continued her artistic improvement achieving the Master degree with the famous Serbian singer as professor, soprano Radmila Bakochevich. For the Italian repertoire she studies with maestro Carlo Ventura.

Belgrade
From her debut as Tebaldo she continued performing the principal roles of lyrical soprano at The Nationel Theatre of Belgrade as Mimì (La Bohème), Liù (Turandot), Tatiana (Eugene Onegin), Eurydice (Orpheus and Eurydice), Micaela (Carmen), etc. She has also performed in numerous concerts with the Philharmonic Orchestra from Belgrade and the Orchestra of Serbian Radio Television, recently The Fourth Symphony by Gustav Mahler conducted by Maestro Urosh Lajovich and one concert organized by Italian Embassy in Belgrade, conducted by Maestro Marcello Rota.

Italy
From 2002 Suzana starts her Italian carrier and she performed on the stages of Ascoli Piceno, Bassano del Grappa, Latina, Rieti, and Civitavecchia. Soon she will appear in Teatro Dell’Opera in Rome.

The World
Christmas 2003: The spectacular performance in Seoul, where Suzana was Musetta in "La Bohème", with the audience of 10,000 people in Olympic Gymnasium, was only the beginning. Next stop was Olympic Athens in May 2004 with "Pinocchio".


Some dear and important experiences ...