THE GLASS MENAGERIEdrama by Tennessee Williams 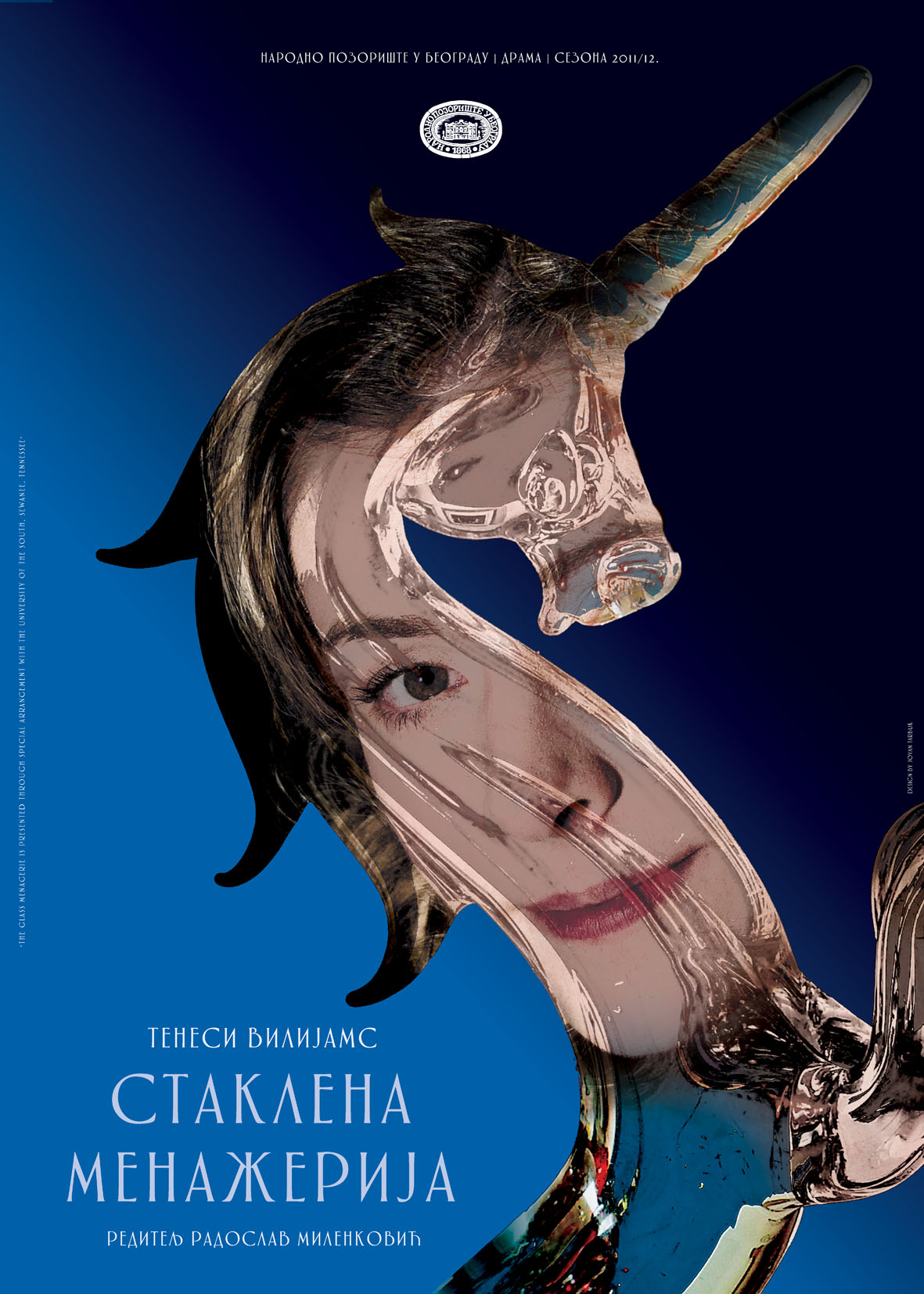 Why have you chosen to produce The Glass Menagerie by Tennessee Williams now?
In order to direct a drama, be it one of the greatest pieces of world literature, or national one for that matter, I find the most important reason is the one that answers to or relates to the last word of your question. Next to all reasons regarding the undoubted and numerous qualities of The Glass Menagerie, the most important reason for me is the way this drama resounds here and today. I don’t have any illusions that this drama or this production is going to change what is here today. However, I have a need to fight for the rights of the weak, for the right to weakness. The Wingfield family has already been destroyed. The play has started many years before the first act takes place; the play is resounding with brotherly love towards sister and the brother’s wish to protect this fragile flame in the world which is “lit with lightning” today. The right to weakness and powerlessness actually represent the right to profound humanity.
What does the unicorn figurine in Laura’s collection symbolize?
Unicorns are an extinct species in our world and have no right to be unique and different. The unicorn is actually a symbol of every Laura Wingfield today; its gentleness proves cruelty of the world, viciousness of people. The moment when a gentleman caller breaks the unicorn glass figurine is actually the moment when all gentleness and every extraordinary thing are sentenced to extinction. It is the proof of redundancy of every fragile creature, something like “the sixth finger” which was already poignantly and profoundly spoken about by the Prozorov sisters by Chekhov. This is how Laura’s humanity becomes an anomaly in modern times. If we were to suppose what happened with Laura Wingfield after the play, I am sure that she did not just die; she became extinct.
To what extent is Tom an autobiographic character?
According to what we know about Williams’ biography, obviously there are numerous similar moments in the author’s life and in Tom’s character and fate. The greatness of Tennessee Williams’ talent lays in the fact that there is universality in these concrete and individual biographic moments. Therefore, I believe that every person in audience will recognize Tom’s departure as their own tendency to leave and abandon their lives, as well as a personal hope that freedom can be reached after all. Whatever we might expect from future, the past cannot be changed and our sorrows, if we are human, come from our living both in past and in our dreams of future at the same time. Maybe life can be organized without looking back, but if that is life, then there is a question if we are human beings in that case.
What idea does Amanda’s character convey in your staging?
Amanda confirms uselessness and fatality of self-delusions in everyday life. The terrible strength she uses to suppress, to wipe out her own and her children’s suffers, has a fatal outcome. Her inability to come to terms with the world makes her seemingly a romantic character, but the blindness of fate has not been conquered even by Prometheus, let alone by one poor and insignificant woman from Saint Louis. Therefore, instead of being romantic, her case becomes tragic; consequently, sentimentalism of The Glass Menagerie becomes poignant and opens possibility of catharsis.
One of the first versions was titled The Gentleman Caller, why?
I believe that this title suits the plot better, but time has shown that The Glass Menagerie is the title that functions for the drama much better. The Gentleman Caller would compel us to stage this drama in vibrant tones, while The Glass Menagerie asks for sad perspective. I can imagine directing the play The Gentleman Caller in a way that suits this title in every aspect of director’s work. However, I find it more demanding to try and reach the aspects that make it The Glass Menagerie. Namely, I believe that lyric moments still have hope and appeal for audiences. 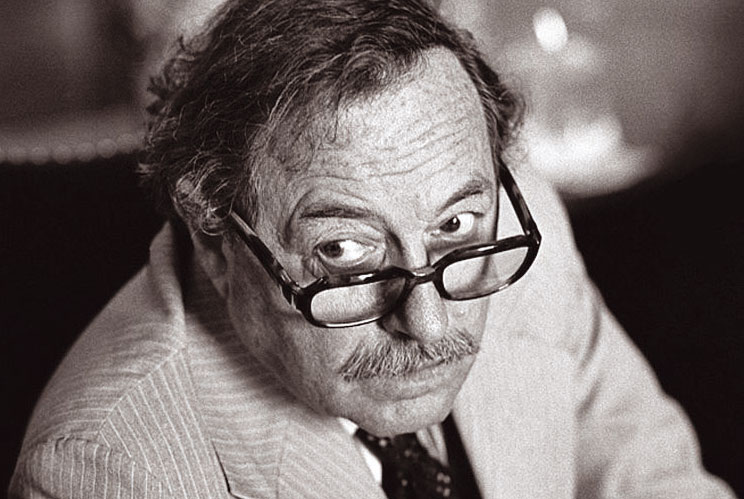 TENNESSEE WILLIAMS (March 26, 1911 — Feb. 25, 1983)
Tennesse Williams ranks after Eugene O’Neill as the greatest playwright in the history of American letters. He was born in the small town of Columbus, Mississippi on March 26, 1911, as Thomas Lanier Williams, the second child, and first son of Corneilious and Edwina Williams. His father was an international shoe salesman, a heavy drinker and a strong gambler. At seven, Tennessee was diagnosed with Diphtheria, and for two years he could do almost nothing.  His mother encouraged him to use his imagination so he began to write. At the age of 13, his mother gave him a typewriter. He became a published writer at the age of 16, winning third prize (and $5) for his essay Can a Good Wife Be a Good Sport? in a contest run by the magazine “Smart Set”. Next year, the family moved to St. Louis, where it existed in reduced circumstances during the Great Depression. Williams became interested in playwriting while at the University of Missouri (Columbia) and Washington University (St. Louis) and worked at it even during the Depression while employed in a St. Louis shoe factory. He wrote his first play Cairo, Shanghai, Bombay in 1935. Little theatre groups produced some of his work, encouraging him to study dramatic writing at the University of Iowa, where he earned a Bachelors Degree in 1938, but allso the nickname Tennessee (due to his deep southern accent) wich he decided to keep: “It’s better then being called Mississippi,” he joked. His first recognition came when American Blues (1939), a group of one-act plays, won a Group Theatre award. Williams, however, continued to work at jobs ranging from theatre usher to Hollywood scriptwriter until success came with The Glass Menagerie (1944). Williams’ next major play, A Streetcar Named Desire (1947), won a Pulitzer Prize. Affter  a commercial failure of his Camino Real (1953), his Cat on a Hot Tin Roof (1955), allso was awarded a Pulitzer Prize and was successfully filmed, as was The Night of the Iguana (1961). He was said to have a deep feeling for mystery in people’s lives. His plays reveal a world of human frustration in which sex and violence underlie an atmosphere of romantic gentility. Many of his characters were based on his own family and life. His other major plays include Summer and Smoke (1948), The Rose Tattoo (1951) and Sweet Bird of Youth (1959). He traveled to Europe, Africa, Mexico, and finally settled in Key West. Later in life, he was insecure that he could not duplicate his early works’ success and used sleeping pills and liquor to quiet his restless mind, problems that he struggled to overcome after a severe mental and physical breakdown in 1969. Loneliness followed him around like a shadow and never left him. Allso, he suffered from depression through his entire adult life. His later plays were unsuccessful, closing soon to poor reviews. Williams did not settle well into the role of a senior statesman of the theater. His critique of society was more intimate, and with the explosion of civil rights in the 1960s, he seemed out of place. He died during the night, 25 February 1983, New York City, after choking on a drug bottle cap. Besides 38 plays, Williams wrote two novels, The Roman Spring of Mrs. Stone (1950) and Moise and the World of Reason (1975), essays, poetry, film scripts, short stories, and an autobiography, Memoirs (1975). That his plays continue to be revived successfully on Broadway and on stages all over the world more than a half-century after their debuts is testament to his greatness as a dramatist. In addition to his two Pulitzers, he won Tony Award for Best Play for The Rose Tattoo (1951), four Drama Critics’ awards (The Glass Menagerie, 1944/45; A Streetcar Named Desire, 1947/48; Cat on a Hot Tin Roof, 1954/55; The Night of the Iguana, 1961/62). 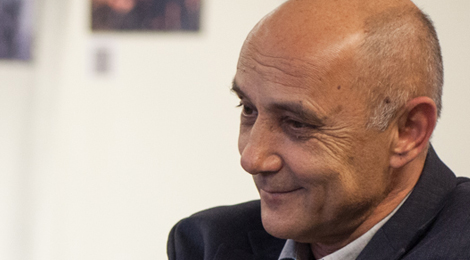 RADOSLAV MILENKOVIĆ
Radoslav Milenković was born in Novi Sad on 17 February 1958. He graduated from the Acting Department at the Academy of Arts in Novi Sad, the class of Professor Branko Pleša in 1980; and in 1990, he graduated from the Department of Theatre and Radio Directing at the Faculty of Dramatic Arts in Belgrade, the class of Professor Dejan Mijač. He also attended the Ladislav Fialka’s Summer Course of Pantomime (Dubrovnik, 1978) and the Jacques Lecoq’s Summer School of Stage Movements (Paris, 1979). In the course of his prolific career, Milenković was one of founders of the MM Theatre in Zagreb; he acted in the Theatre &TD in Zagreb (1984–87), Yugoslav Drama Theatre in Belgrade (1987–2005); he taught acting and speech at the Academy of Arts in Novi Sad (1989–93); he was a Drama Company manager in the Serbian National Theatre in Novi Sad (1995–96), where since 2005, he has been permanently engaged as a director. In addition, he was an artistic consultant in the National Theatre “Toša Jovanović” in Zrenjanin in 2006 and 2007; and since 2010, he has been an artistic consultant at the Cultural Institution “Vuk Karadžić”. Milenković is a guest director at Csiki Gergelyi színház in Kaposvar, Gardonyi Géza színház in Eger and Miskolci nemzeti színház. He has played more than 50 roles in the most prominent theatres in Belgrade, Novi Sad and Zagreb, as well as at the Dubrovnik Summer Festival, out of which his most outstanding ones have been in plays dramatized after national writers’ pieces (J. S. Popović, G. Stefanovski, A. Popović, D. Kovačević, Lj. Simović, S. Kovačević, S. Selenić, D. Ćosić, B. Pekić). He has also played numerous roles in TV dramas and films directed by the most prominent national directors (Zdravko Šotra, Emir Kusturica, Srđan Dragojević, Oleg Novković, Srđan Koljević, etc.), as well as by internationally renowned directors (Ferdinando Orgnani, Alberto Sironi, Lamberto Bava, Ralph Fiennes). He has directed plays by Mrozek, Kohout, Weiss, Schisgal, Beckett, Roger Vitrac, Jari, Strindberg, Ostrovski, Gorky, Kolyada, Razumovska, Petruševska, von Horvath, McDonough, Kretzu, Nabokov, Sartre, Camus, Ionesco, Moliere, Shafer, Voltaire, Chekhov, Bulgakov, Lorca, Shakespeare, Držić, Popović, Stefanovski, Romčević, Krečković, Domanović, Bećković, etc. in theatres across Serbia, Hungary, Sweden, Croatia and Macedonia.  Milenković has received numerous awards for acting and directing in many festivals in Yugoslavia and Serbia.  In his career, he has dramatized pieces by Bećković, Domanović, Sremac, Kočić, Ranko Marinković, Greene, Kafka, Kolody, Bulgakov for theatre and radio productions. He is the son of Ljuba and Ðorđe. He is the father of Natalija and Arsenije. He lives in Belgrade.