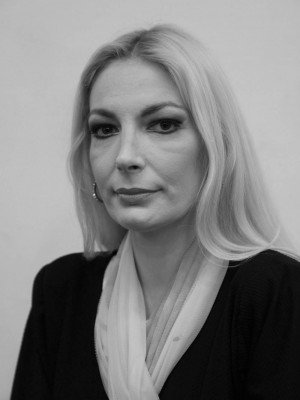 During her schooling, she won several first and second prizes at festivals, national and federal competitions in solo singing and chamber music.

She earned a master’s degree in solo singing at the Faculty of Music in Belgrade.

Since 1994, she has been a permanent member of the National Theatre choir ensemble.

In 1997, she gained pedagogical experience as a professor of chamber music at "Kosta Manojlović" Secondary School of Music in Zemun.
In the period from 2006 to 2012, she was a regular part-time associate of the Serbian Broadcasting Corporation choir.

In 2010 she performed at eight concerts as a soloist of Slobodan Trkulja band and Balkanopolis, at EXPO World Exhibition in Shanghai, PRC. As a soloist, with the same band, she had notable performances with the WDR Funkhouse Orchestra in Cologne and Essen in 2016.

In 2006, with the National Theatre Choir ensemble, she participated in the performance of the opera "Violet Fire" by R. Word within Belef Festival, as well as at the New Wave Festival in New York.

In the period from 2015 to 2019, as a soloist of “Belo platno” ethno band she performed at several festivals in the country and abroad.

The crowning achievement in the preservation of traditional Serbian music was her tour of Russia in 2019.

In the same year, she performed as a vocal soloist with the Belgrade Grooovz band at the Days of Belgrade in Budapest, organized by the Tourist Organisation of Belgrade.

During the same year, until March 2020, she was engaged in educational work with children with special needs, within the music workshop organised by the Music Opera Theatre Organisation (MOTO), under the auspices of the American Embassy in Belgrade.