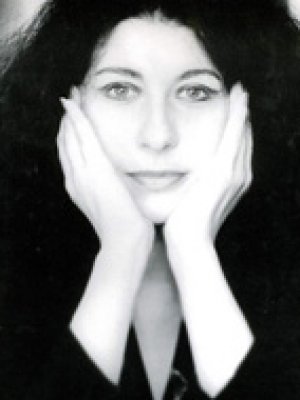 He teaches at the Faculty of Dramatic Arts in 1990. She was elected a full professor in 2005.

1981 - graduated from the Department of Theater and Radio Directing under Professor Milorad Belović at the Faculty of Dramatic Arts.
1983 -1984. - completed postgraduate studies at the Institute dEtudes Théâtrales, Sorbonne, Paris
in 1984 - ended workshop video work, Nancy Festival, Theater of Nations
from 1989 to 1990. - was a Fullbright scholarship fund at the Tisch School of the Arts, NY

2012 founded the Studio of Performing Arts Laboratory at the Faculty of Dramatic Arts.

For several years she was Director of International summer school of the University of Arts (in cities - Novi Pazar, Subotica, Negotin, Sremski Karlovci).

For contribution to the development of education and culture has gained high recognition of the Ministry of Science and obrazovnaje France - Order of Academic Palms - do commander knight of the order of 2010.
He won the silver plaque of the University of Arts in 1995.

He actively wrote for newspapers Scene literary word, Teatron. He is a member of the editorial board of the journal Interdisciplinary, Novi Sad.

With its projects, has opened up the scene in Belgrade: evening scene Radovic Little Theater Dusko Radovic, scene 5th floor at the National Theater, the scene of Bel Etage in Madlenianum.

He is the founder and director of the theater Beton hala Theater in Belgrade.

On the scenes Serbia, Slovenia, Germany, Italy set up over 80 play. She worked throughout the former Yugoslavia: Belgrade, Novi Sad, Subotica, Zrenjanin, Sombor, Pancevo, Kragujevac, Pristina, Ljubljana, Maribor, Podgorica. She has directed in Germany and in Italy.

She did more than 15 happenings, performances, site specific projects and installations.

Some of them are:

The dream of flying , festivals and Belef Bitef
room my mother
visual installation - Show me your heart and I shall tell you who you are , Mobile Academy, Bochum
"What are the people who will save the world" - a procession, Bitef festival

Author of more than 50 radio drama.

It has a daughter, Helena.

By decision of the Government of the Republic of Serbia, on November 21, 2018, she was appointed Acting Director of the National Theater in Belgrade.