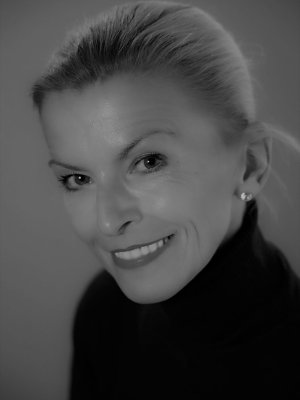 She graduated from the "Lujo Davičo" Ballet High School in 1989 in the class of Zineta Musić Atanacković.

During her school years, she won numerous awards at national and federal competitions in the former Yugoslavia.

While still in school, at the invitation of Jelena Šantić, she participated in the play "Oresteia", which ceremoniously opened the reconstructed National Theatre.

As a scholarship holder, in 1990 she went to St. Petersburg where she graduated from the Vaganova Ballet Academy in the class of N. Sahovskaya.

Although she was accepted at auditions for other theatres, she decided to accept the engagement at the National Theatre Ballet, where she became a permanent member in 1991 and was engaged as a performer in the entire repertoire.

She soon became a prominent member of the ensemble.

In 1994 she became the III soloist of the Ballet.

Operas:
"Adriana Lecouvreur", "The Bat", "Eugene Onegin", "Carmen"...
Dramas at the National Theatre
"A Midsummer Night’s Dream", "The Mask", "Life is a Dream"

She has participated in many cultural and artistic shows.

In 2007, in addition to her engagement in the theatre and at the invitation of the Ballet School, she began working as a ballet teacher in primary and secondary ballet school.