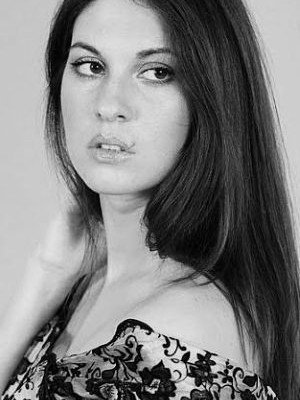 Pavlovic has a comprehensive performance experience in a variety of musical and vocal styles: Italian song and aria, French melody, English and American song, German Lied, Russian song.
Since 2015 Pavlovic is the  resident soloist of the National Theater of Belgrade.She  recently debut in the titile  role of Sister Angelica in Puccini's opera Sister Angelica.
For the forthcoming performances she is preparing the principle  roles  of Bastienne in Bastien and Bastienne ,Tatyana in Eugenie Onegin , Desdemona in Otello, Micaela in Carmen for the season 2016/2017

Pavlovic made her American debut in the summer 2015 in the National Opera Centre of America
performing the role of the Countess in Marriage of Figaro under the conductor Benoit Renard
directed by award winning director Louis Walker.

On 2014 Pavlovic made her house debuted in the National Theater of Belgrade in the role of Susanna in Marriage of Figaro.
As the Special Guest, Soloist, Pavlovic performed at the Vienna Ball in Belgrade as well as at the official ceremony of the 50th anniversary of the Belgrade Youth Center.
Pavlovic sang at the official 4th of July 2014 ceremony in the residency of the U.S. Embassy where she performed American and Serbian national anthems.
Pavlovic has opened the ART diaspora 2014 with the solo recital “Notes of Love”, organized in collaboration with the Government’s office for Diaspora.
Alongside operatic roles Pavlovic has performed widely in concert and recitals in the United Kingdom, Italy, Spain and Serbia.
Some of the concert includes: National Opera Center in NYC, Burgh House in London, Lauderdale House in London , Christ Church Spitafields in London , St Giles Church in London, Hayd Park Chapel in London , Proms at St Mary church in

Henley on the Thames and many other venues.