after Thomas Bernhard's novel, a project by Maja Pelević and Slobodan Beštić 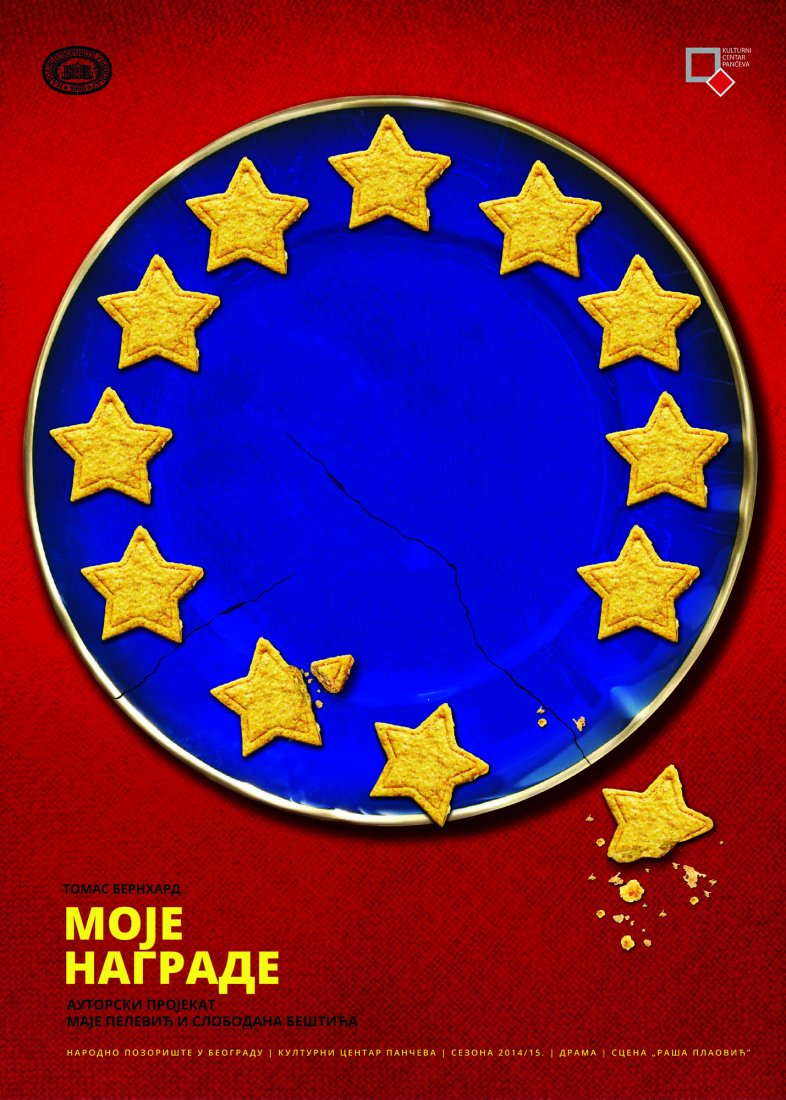 PROHIBITION
I prohibit my German publisher Unseld, effective immediately, to distribute my books in Austria for as long as I shall have the copyright, namely starting from today until seventy-five years upon my death. The prohibition of distribution shall be applied to the whole territory of Austria and to all of my books. Since Austria’s interest in me and my work seems to be concentrating only on taking me and my work to court every once in a while for decades, my decision is more than logical. This is the fourth and probably not the last time that they are getting ready to put me through one of those ridiculous and long court procedures for which the state takes responsibility. Having in mind my health, I am not in a situation to make myself go through a yet another insulting and underrating court process that could never occur in any other Mid-European country

Question: Have your experiences with the Burgtheatre in Vienna been bad?
Thomas Bernhard: My experiences with the Burgtheatre have been nothing but bad, but I don’t take it seriously. I only don’t want them to produce any of my pieces.
Question: Is this the prohibition to perform your work in theatres in Vienna?
Thomas Bernhard: Prohibition, it sounds more than magnificent.
Question: Let’s go back to the issue of Austria. You never hesitated to reprimand Austrians very firmly. In an article on occasion of a state holiday in 1977, you wrote that your governments have been at the ready for any possible type of crime against Austria in the past decades. The governments have “committed every imaginable crime against Austria, by using its naturally dormant nation, by creating malice and brutality in art they admire and with which they are obsessed.” This is actually an invitation to general lack of trust towards any Austrian government.
Thomas Bernhard: Yes and against all people who are used to be in power and who abuse the power.

(Excerpt from an interview dated 23 June 1980: I Could Kill Someone on Paper,
Taken from Searching for the Truth – Speeches, Letters, Interviews, Articles;
Prepared by Wolfram Bayer, Raymund Velinger and Martin Huber, Suhrkamp Verlag Berlin, 2011; p. 185-186) 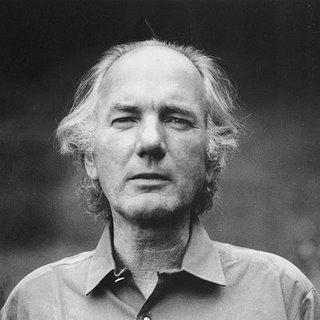 THOMAS BERNHARD
1931 Thomas Bernhard was born in Heerlen (Netherlands) as an illegitimate child of Herta Bernhard, daughter of Johannes Freumbichler, a writer, and of Alois Zuckerstätter; Bernhard never met his father.
1931–1935 He lives in Vienna with his mother and maternal grandparents; economic situation is dire; he develops a close relationship with his grandfather Johannes Freumbichler.
1935 They move to Seekirchen am Wallersee (Salzburg region).
1938 They move to Traunstein (Bavaria); his mother gives birth to two more children – Peter (1938) and Susana (1940), with her husband Emil Fabian.
1949–1951He suffers from tuberculosis on several occasions and stays in hospitals, sanatoriums and spas (Grafenhof Sanatorium near Sankt Veit, Salzburg).
1956 Thomas meets Hedwig Stavianicek, a woman with whom he established a long lasting friendship; his mother dies.
1952–1955 He works as a journalist for the Demokratische Volksblatt in Salzburg; he writes court reports, as well as book, theatre and film reviews; his first literary work: poems, stories from his first travel to Yugoslavia with Hedwig Stavianicek.
1955–1957 He attends the School for Music and Drama “Mozarteum” in Salzburg, the Departments of Music, Stage Directing and Acting.
1963 His first literary success, novel Frost; his first journey to Poland.
1964 Amras; Julius Kampe Award
1965 Literary Award from the Free Hanseatic City of Bremen
1967 Verstörung; Prose; he had an operation at the hospital for lung disease Baumgartner Hoe in Vienna
1968 Ungenach; Austrian Award for Literature in 1967; Anton Wildgans Prize
1970 The Lime Works; A Party for Boris – first performance in Hamburg, directed by Claus Peyman, who directed most of his plays: TV film Three Days – directed by Feri Radaks; series of lectures in Yugoslavia and Italy
1972 Franz Theodor Csokor Award, Adolf Grimme Award, Grillparzer Award
1974 The Hunter’s Association (Die Jagdgesellschaft); The Power of Habit (Die Macht der Gewohnheit)
1975 The Cause (Die Ursache) – the first part of his five volume autobiography; published together with the remaining volumes by the Residenz Verlag, Salzburg, at the time Wolfgang Schaffler was in charge of the publishing house; Correction  (Korrektur); The President (Der Präsident)
1979 The World Fixer (Der Weltverbesserer), Eve of Retirement (Vor dem Ruhestand); he decided to leave the German Academy for Language and Literature.
1983 The Loser (Der Untergeher)
1984 Death of Hedwig Stavianicek; Woodcutters (Holzfällen) – the novel was temporarily confiscated based on Gerhard Lampersberg’s request; Histrionics (Theatermacher), Ritter, Dene, Voss (Ritter, Dene, Voss)
1985 Old Masters (Alte Meister)
1986 Extinction (Auslöschung); Simply Complicated (Einfach kompliziert)
1988 Heldenplatz (Heldenplatz) – public discussion on Bernhard’s play that premiered in the Burgtheatre Vienna on occasion of 50th anniversary of the anschluss of Austria by Nazi Germany
1989 He dies on 12th February in Gmunden (Austria) after a long and severe illness; he was buried next to Hedwig Stavianicek at the Grinzing Cemetery in Vienna 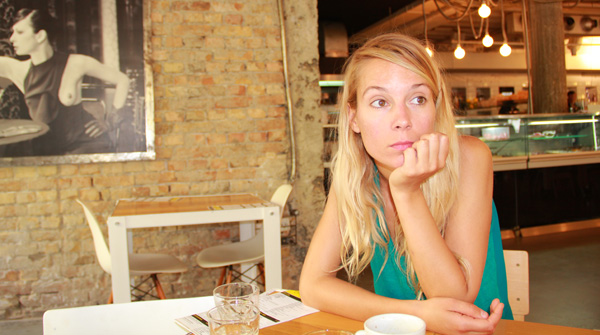 MAJA PELEVIĆ
Maja Pelević was born in Belgrade on 13th February 1981. She graduated from the Faculty of Dramatic Arts in Belgrade in 2005 and obtained her Ph. D. Degree at the Interdisciplinary Studies at the University of Arts in Belgrade in 2012. Maja is a member of the New Drama Project. Her staged plays: ESCape, In Neutral Gear, Be a Lady for a Day, Belgrade-Berlin, Orange Peel, I or Someone Else, Jumpgirl, Hamlet Hamlet Eurotrash (with Filip Vujošević), Fake Porno and Fakebook (group of authors), Maybe We Are Mickey Mouse, Strange Loves, Consequences and A Fully Abridged History of Serbia (with Slobodan Obradović). In 2012, Maja implemented the project They Live – Searching for the Zero Text. She has written, directed and performed the play Consequences at the Bitef Theatre Festival in 2013. Maja won the following awards: Borislav Mihajlović Mihiz Award for dramatic work; Slobodan Selenić Award for Best Graduation Play; Sterijino Pozorje Festival Competition Awards for original dramatic text for Maybe We Are Mickey Mouse; Sterija Award for best dramatic text for Orange Peel in 2010. Maja Pelević lives and works in Belgrade and Bečići. 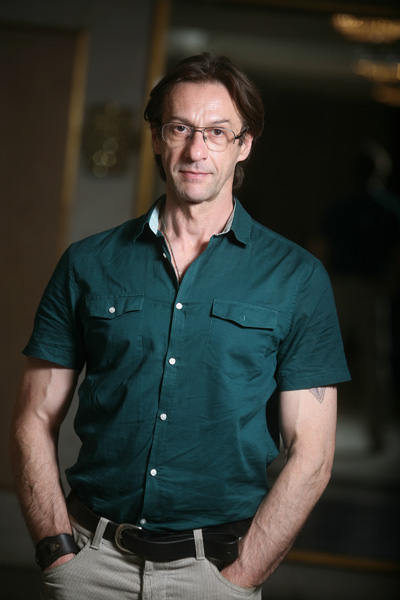 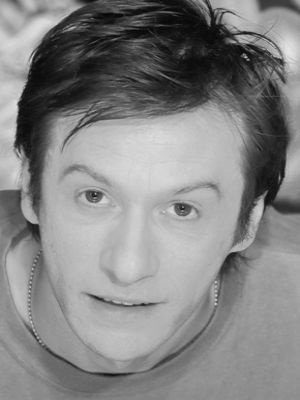 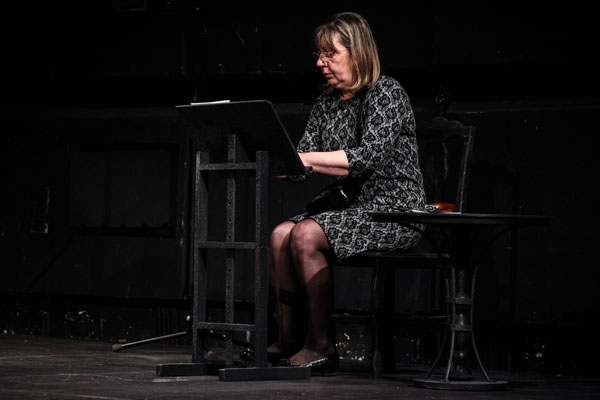 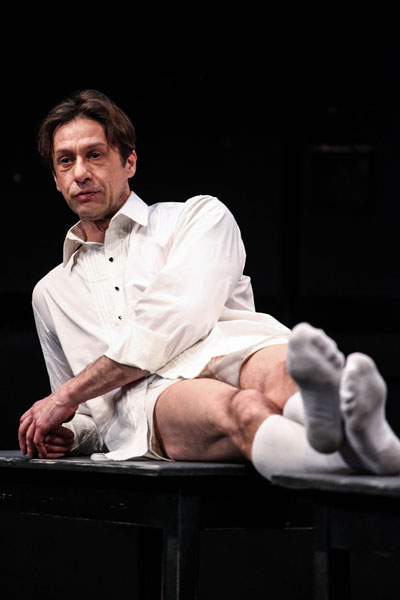 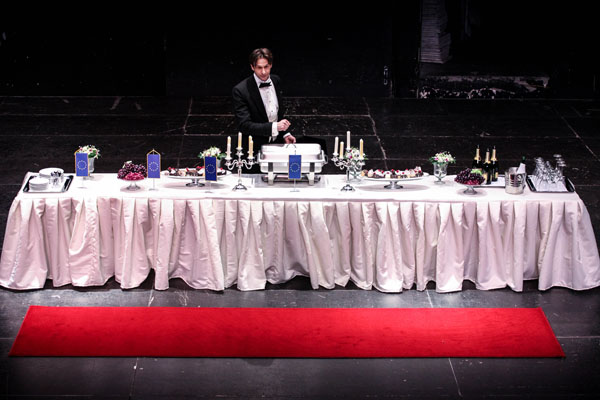 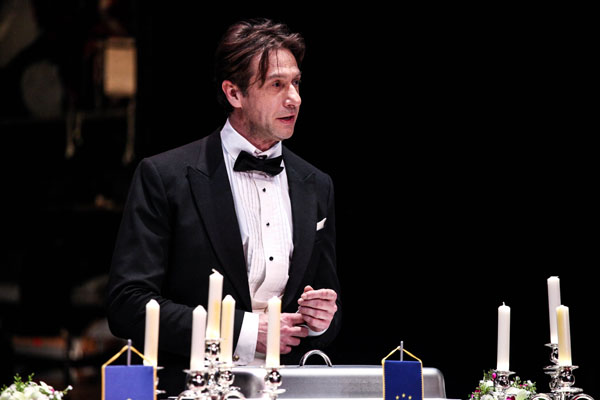 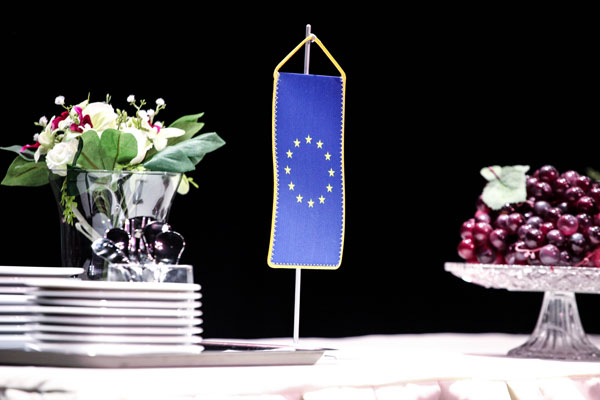 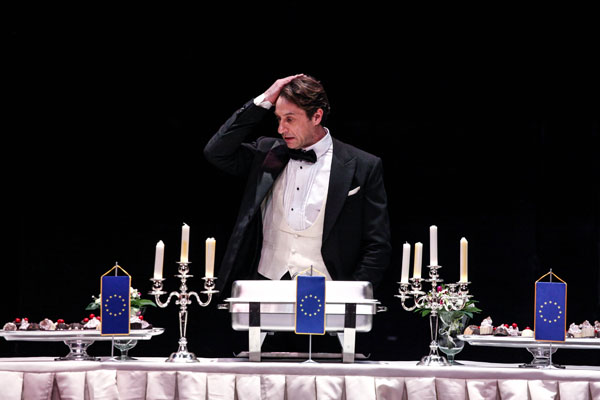 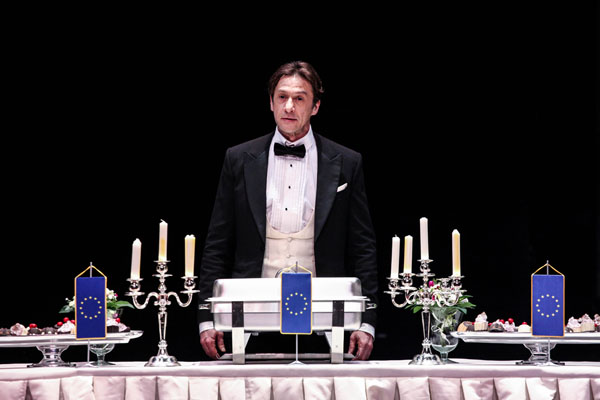 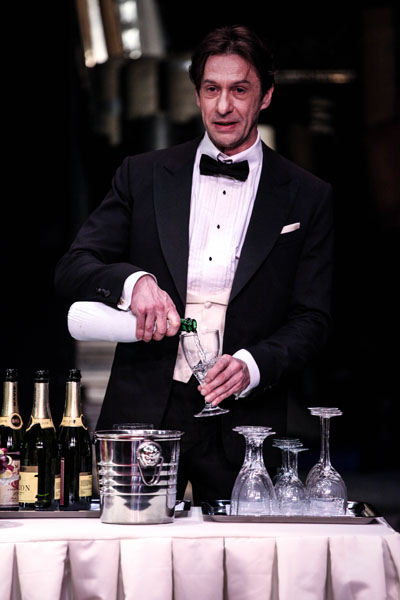 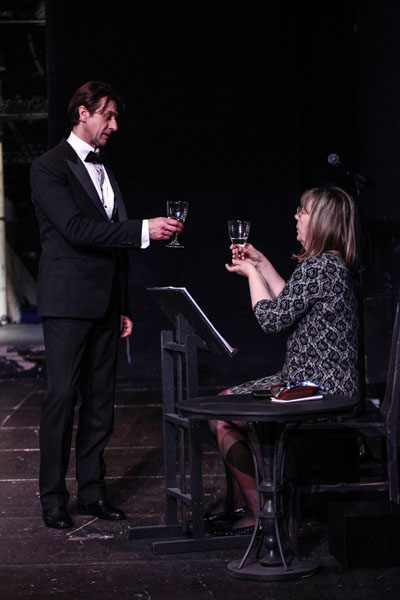 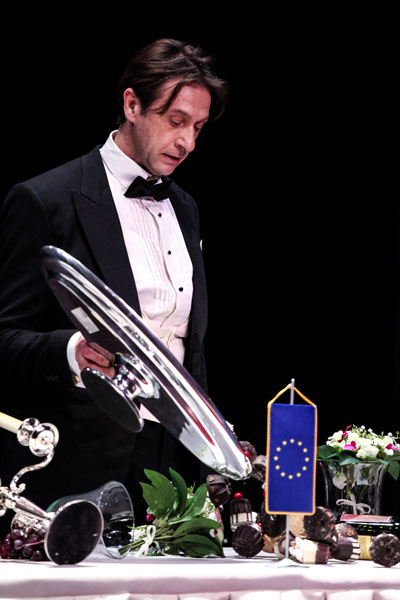 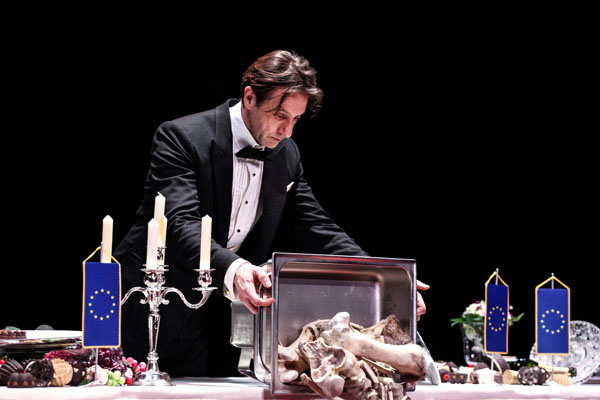 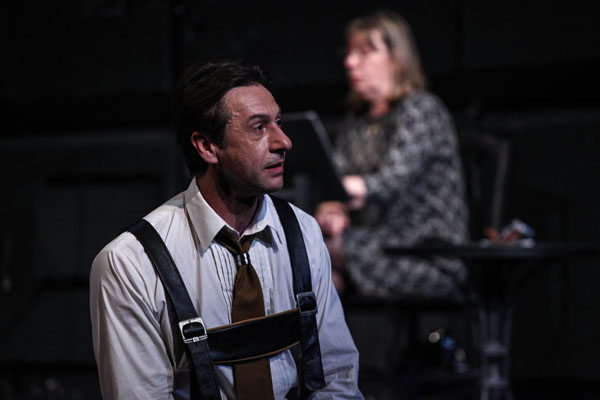 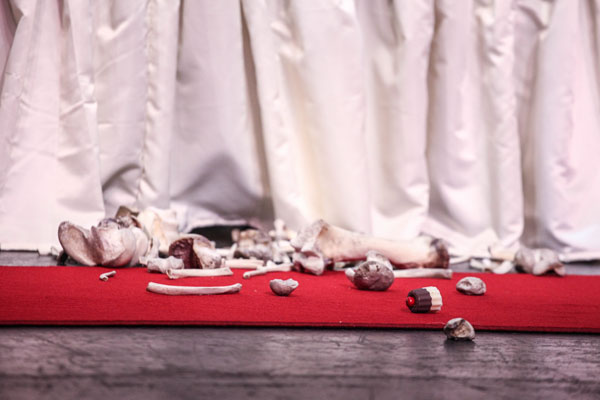 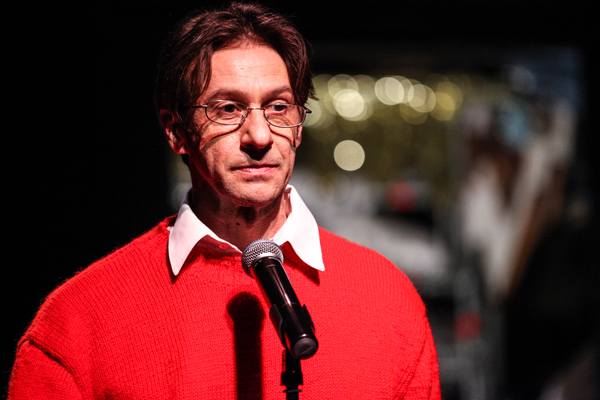 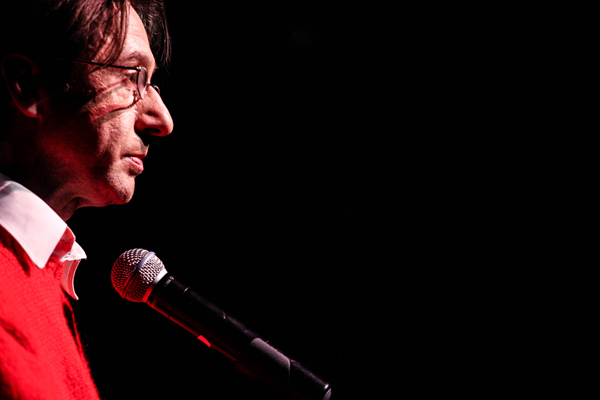 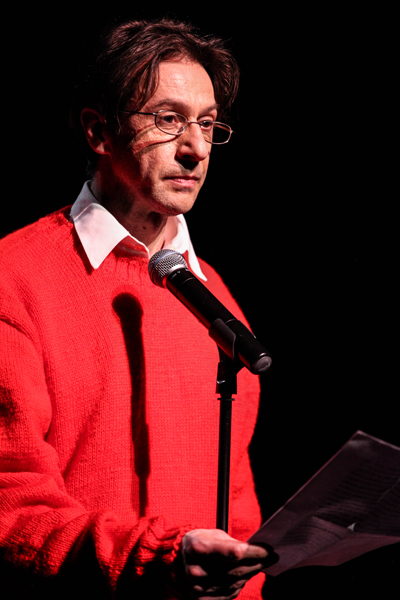 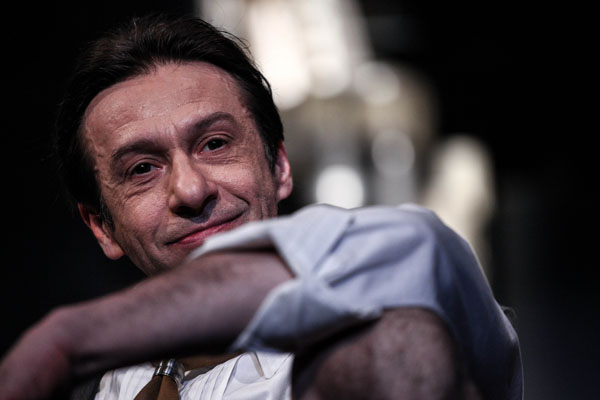 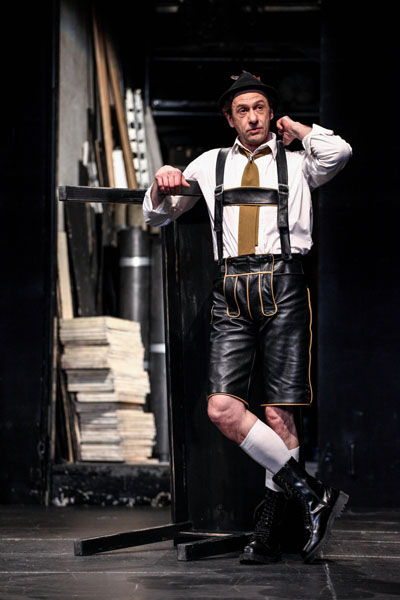 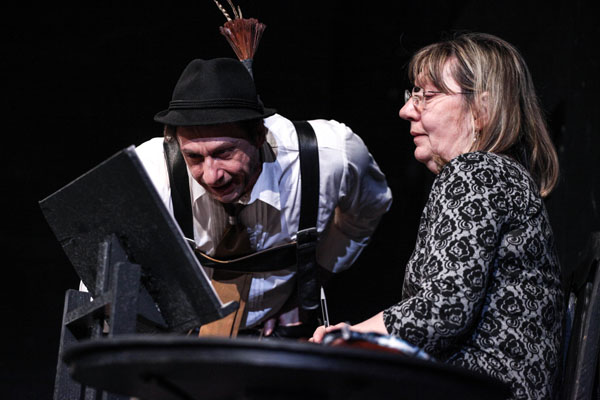 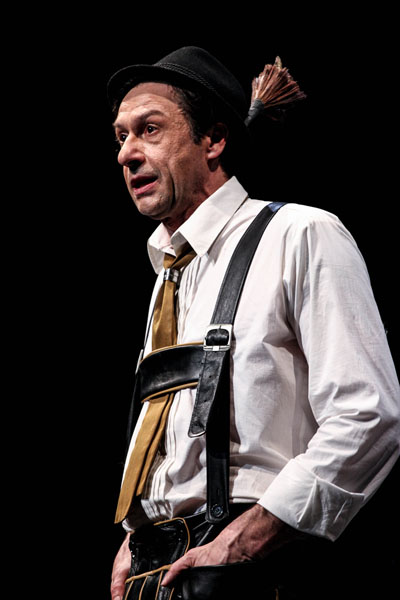 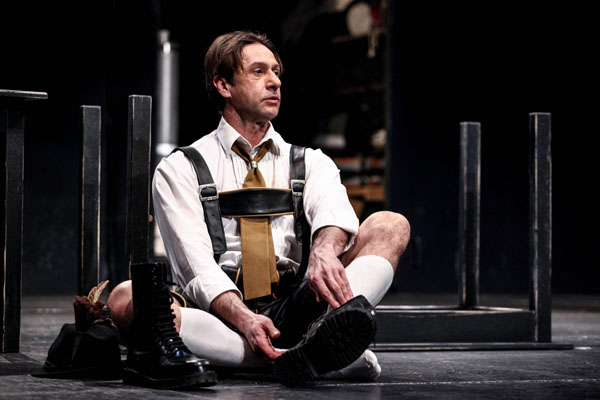 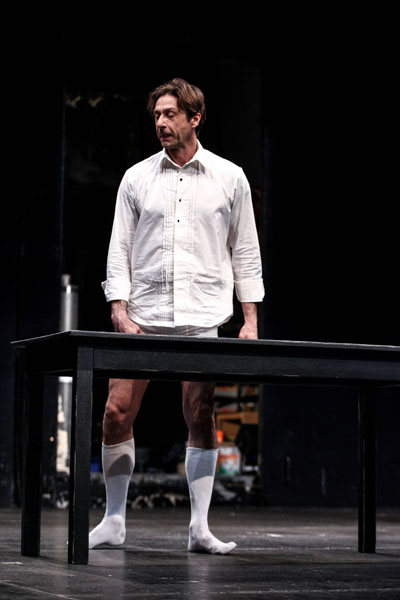 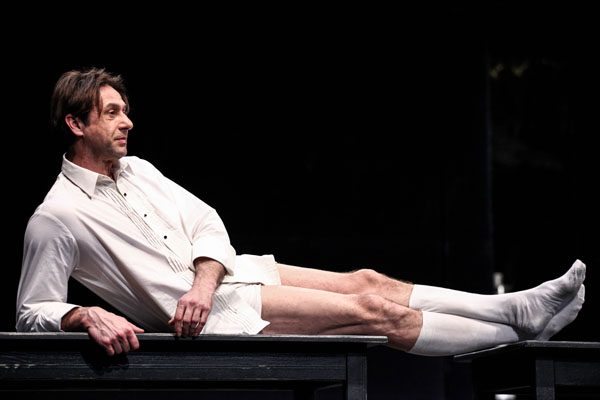 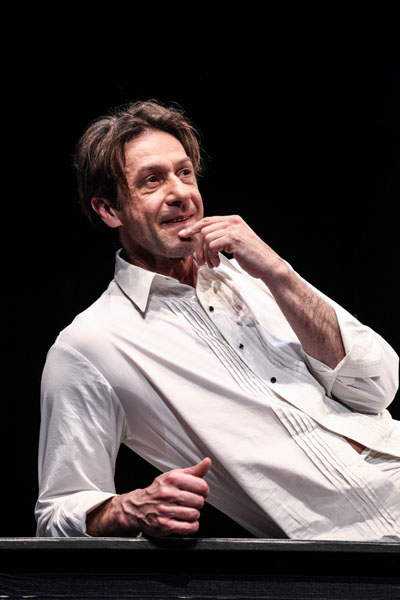