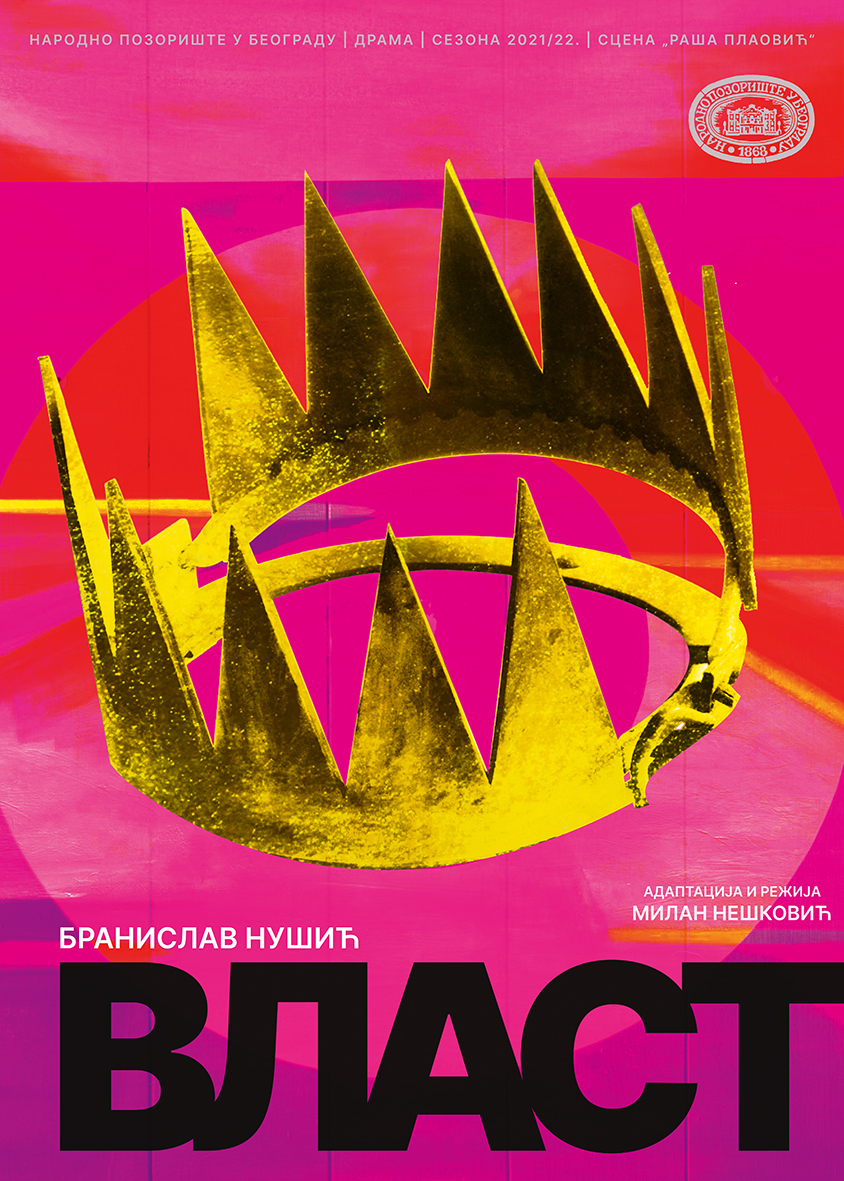 …Both the topic, if we use this notion in its broader sense, and the motif, if we use this other term in its narrow sense, revealed Nušić, his spirit, his persona, his literary expression already in “A Member of the Parliament”. It was with this play that he started exploring his motifs related to power as a topic; even when he was writing his final words, before he died, that was again about the same topic and the motif became equal with it; unfortunately, the satire “Power”, which he had only started writing, deprived us of learning about Nušić’s most general experiences and thoughts regarding his main topic…
…The old theatre expert Eugène Scribe believed that there were only seven motifs the same as there were seven notes in a music scale and that it was up to a playwright’s skill to make the most interesting combinations he could. We saw that Nušić does not look for a motif. He observes life, reflects on things and by reflecting he makes up things, so in the end, the work is as much a fact of life as it is the result of author’s fiction. The fact that he so often addressed such topic as power is not, by all means, a proof of weak Nušić’s inventiveness. Nušić depicted power in dozens of variants; approaching it, he was always more in the mood for satire than for vaudeville…

...He was nineteen when he discovered himself in “A Member of the Parliament”. But he wouldn’t settle for that. He searched, he wandered around, and he even tried pure fiction comedy, which is deprived of realistic base, striving to reach poetic heights. All these searches and wanderings of his in the field of comedy can tell more today to a biographer of his interested in exploring the writer’s soul than to a spectator or a reader who looks for a direct artistic experience. Because both in literature and in theatre Nušić remained in the eyes of his audience primarily and above all a realistic comic playwright, a portrayer of social characters and social types, an author of undisputable spirit and a comedy writer who saw and literary shaped the humorous aspects of people’s life and stupidity more profoundly and more permanently than it sometimes may have seemed to his contemporaries. That is why we still find his observations true even nowadays, while his spirit often has a way of saying something about ourselves quite eloquently...

...A year after Nušić’s death, in memory of their writer, the National Theatre in Belgrade performed one act of his unfinished comedy Power...It is clear that the topic it addresses unquestionably represents a so-called “leitmotif“ of his entire opus as a comic playwright and it is presented already in the title. Nušić yet again focuses on the attitude of “ordinary“ people towards the highest authorities in power. If we regard the preserved first act of this comedy as an exposition, then we can certainly presume that Nušić intended to depict, by describing several “cases“ i.e. life stories, what a “small“ individual expects that authorities can do for him, pretty much as he depicted it in his early comedies, particularly in those written in his first creative period, with an abundance of satirical sparks...
Raško V. Jovanović – “Branislav Nušić – Selected Comedies and Plays“, Nolit 1987

A WORD FROM THE DIRECTOR

Addressing the issue of power and our attitude towards it is something that will inspire art and artist as long as this planet should orbit the Sun. The only way for us to imagine a world without power also lies in art because those in power have their stronghold only in reality. The thing that has always interested me regarding this matter is the fascination with power and the change it brings in people who are or once were in power, and I am most intrigued by the proximity to power as a social determinant. Nušić dissected all this, but unfortunately, he only did it halfway, because had he finished the play, perhaps some of those in power would have read the play and experience some sort of a catharsis.
...I wouldn’t dare add anything to the work of someone like Nušić for so many reasons that are needless to explain. The same way that Nušić addressed the theme of power from various aspects in his plays, I also just took parts of his comedies dealing with that phenomenon and I played a little by giving lines from various situations to some new characters. Theatre is really about playing, so you can only imagine the amount of challenge and inspiration.
...Nušić’s “Power” hides much more profound questions related to the manner of functioning of a family who managed to come close to power in one way or another and follows (at least our play does, because we cannot be sure of the direction Nušić would have taken) its success or downfall. Since we know that all families in power are the happy ones, and happy families are all alike, we can find there a base for humour without which we can no longer cope either with life or with those in power.
Excerpts from an interview with director Milan Neskovic
led by Мikojan Bezbradica 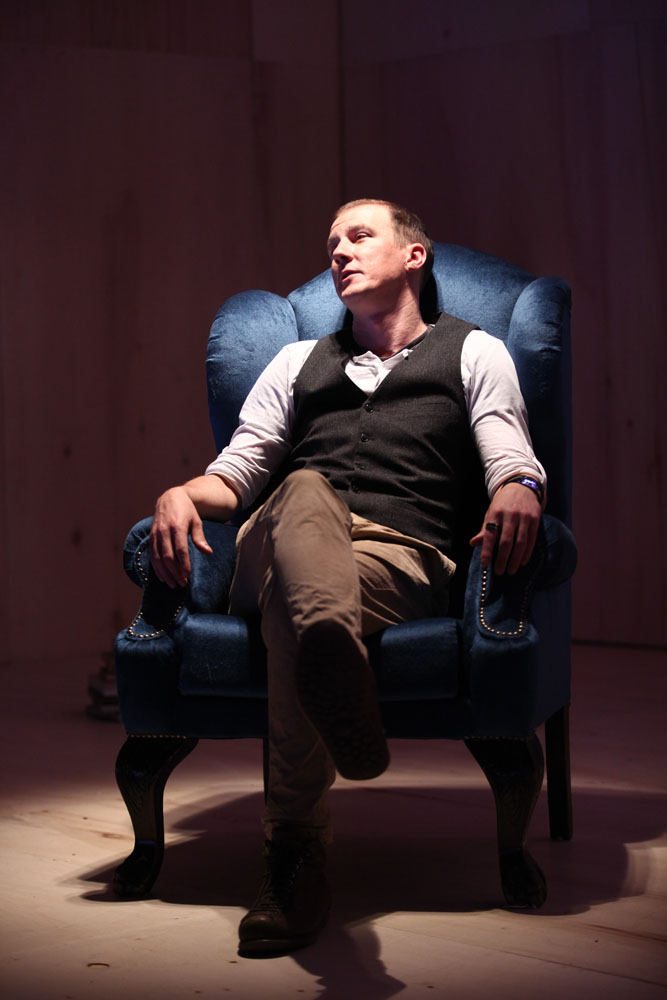 MILAN NEŠKOVIĆ
Milan Nešković was born in Valjevo in 1985. He graduated from the Department of Theatre Directing at the Faculty of Dramatic Arts in Belgrade, mentored by Professors Nikola Jevtić and Alisa Stojanović. He has received numerous awards for his work in theatre and in other fields. He is teaching at the Academy of Arts in Belgrade. This is his fourth performance in the National Theatre in Belgrade.

Set and costumes were manufactured in the National theatre workshops. 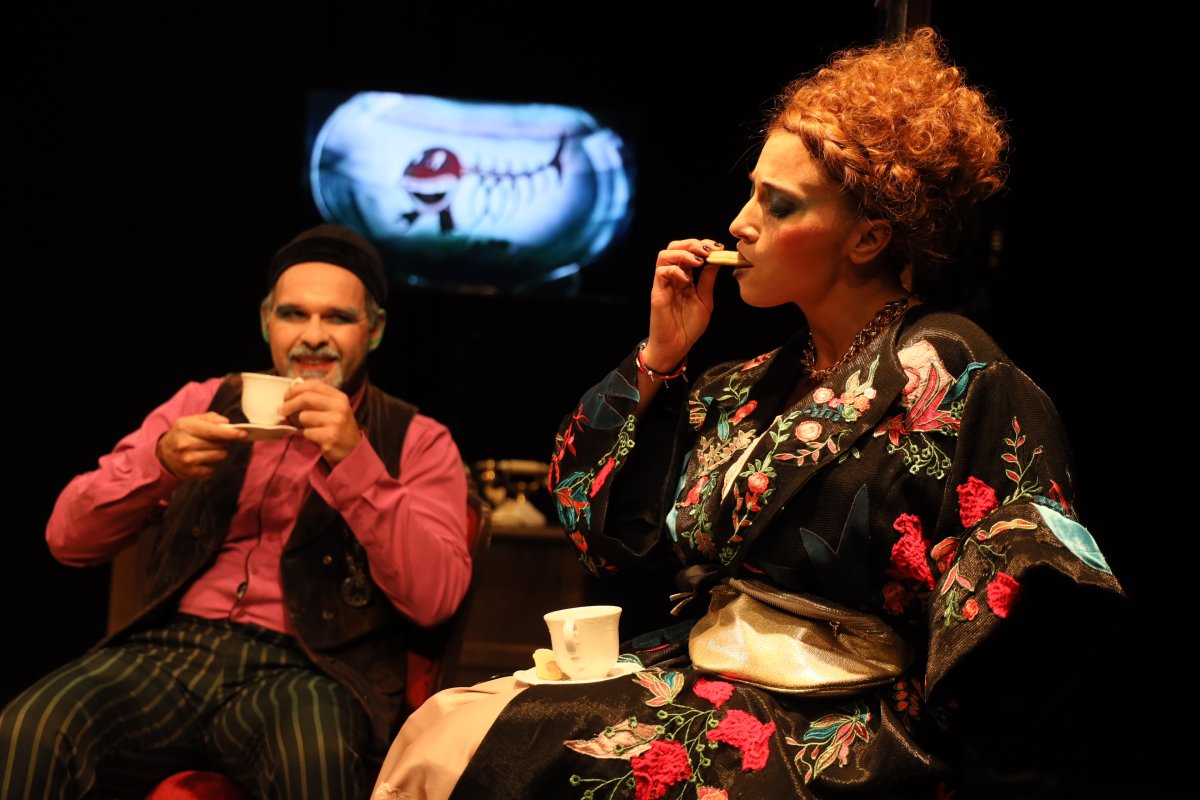 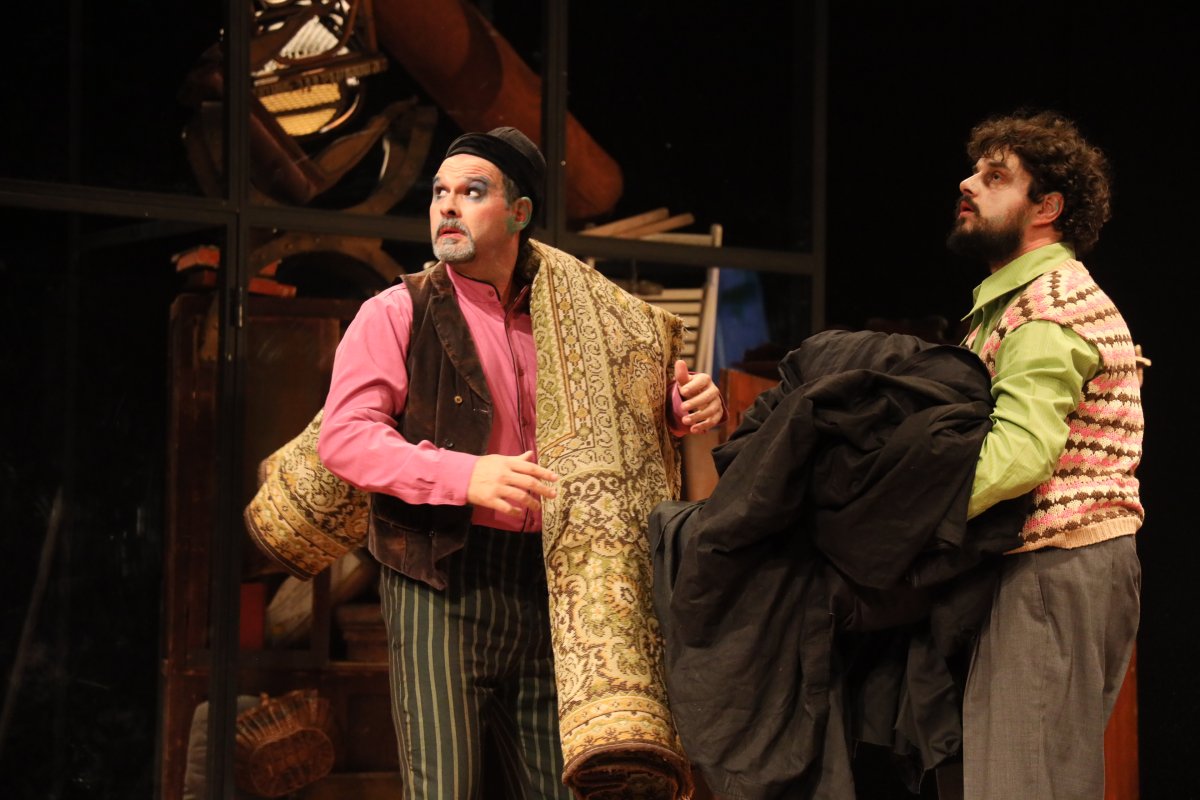 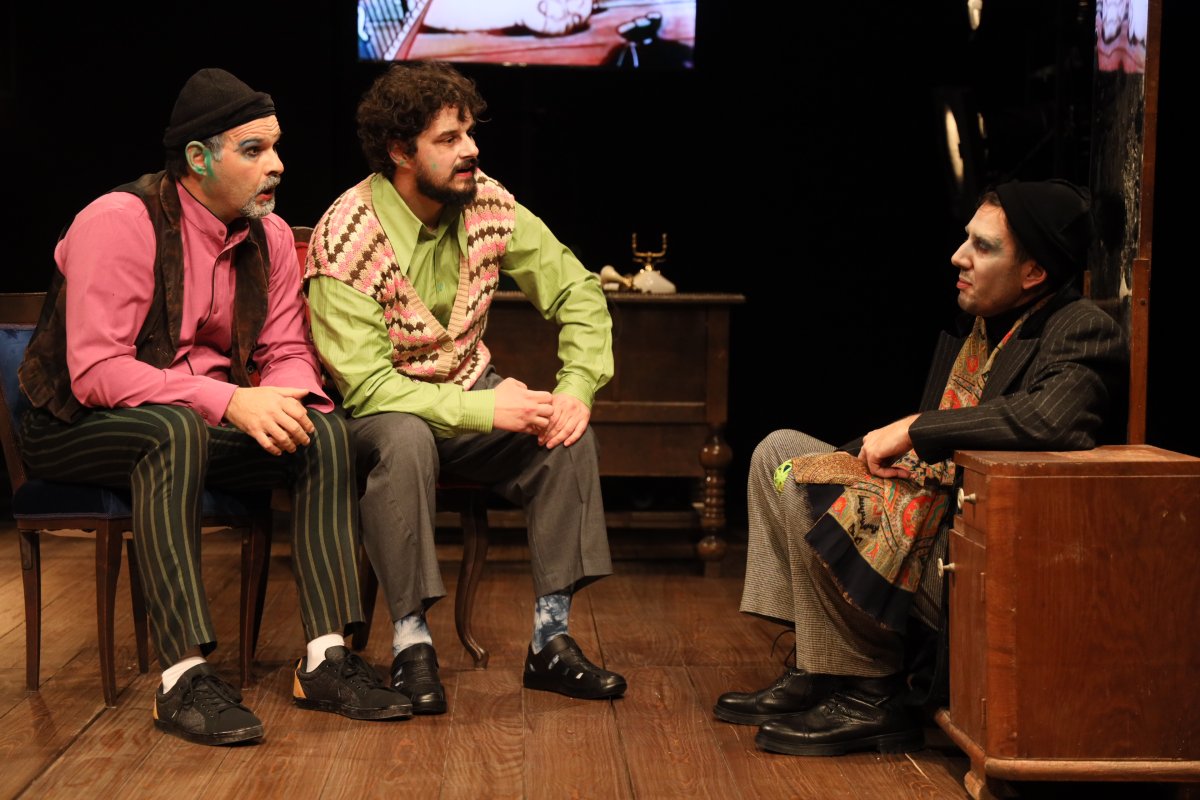 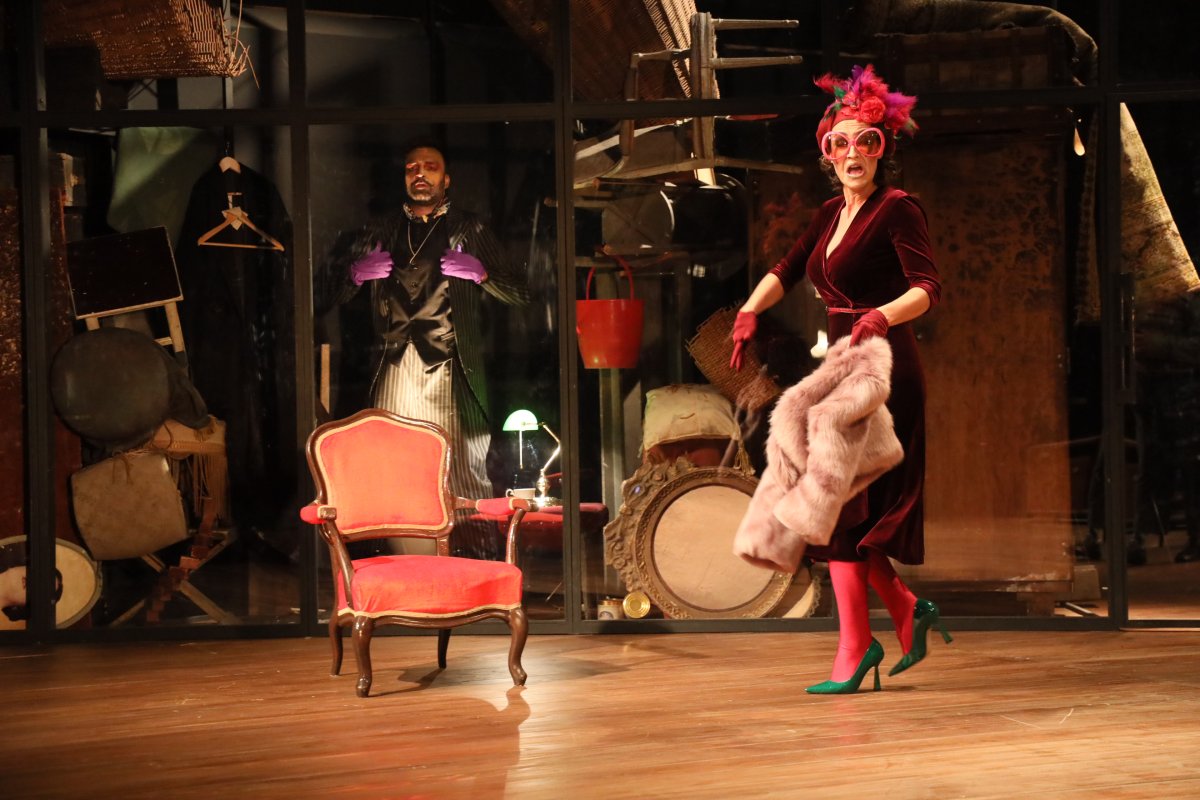 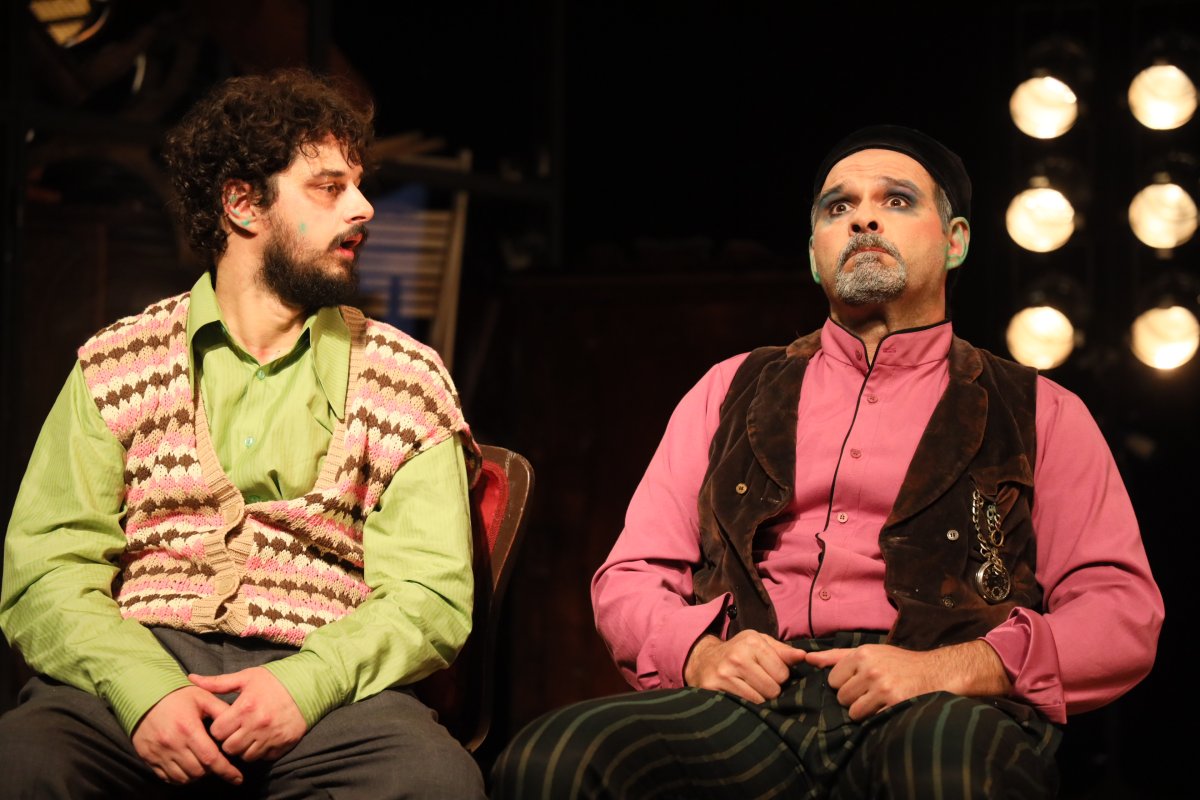 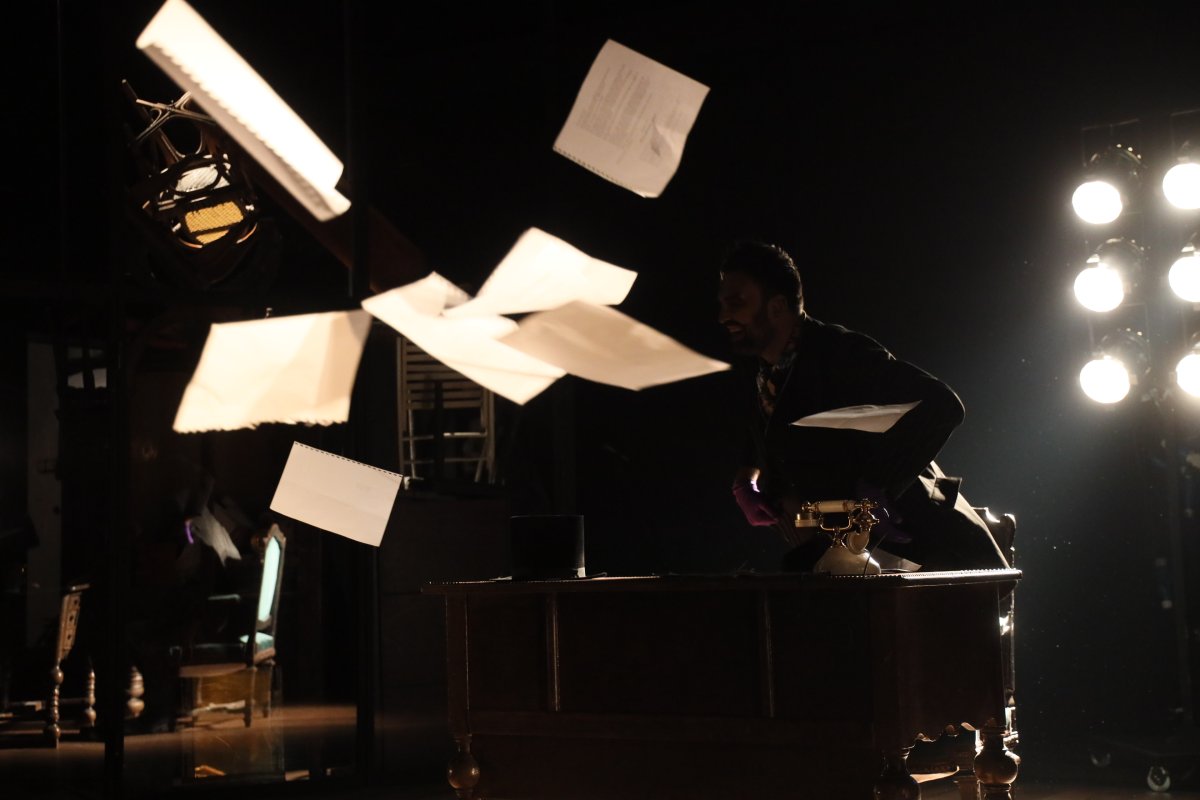 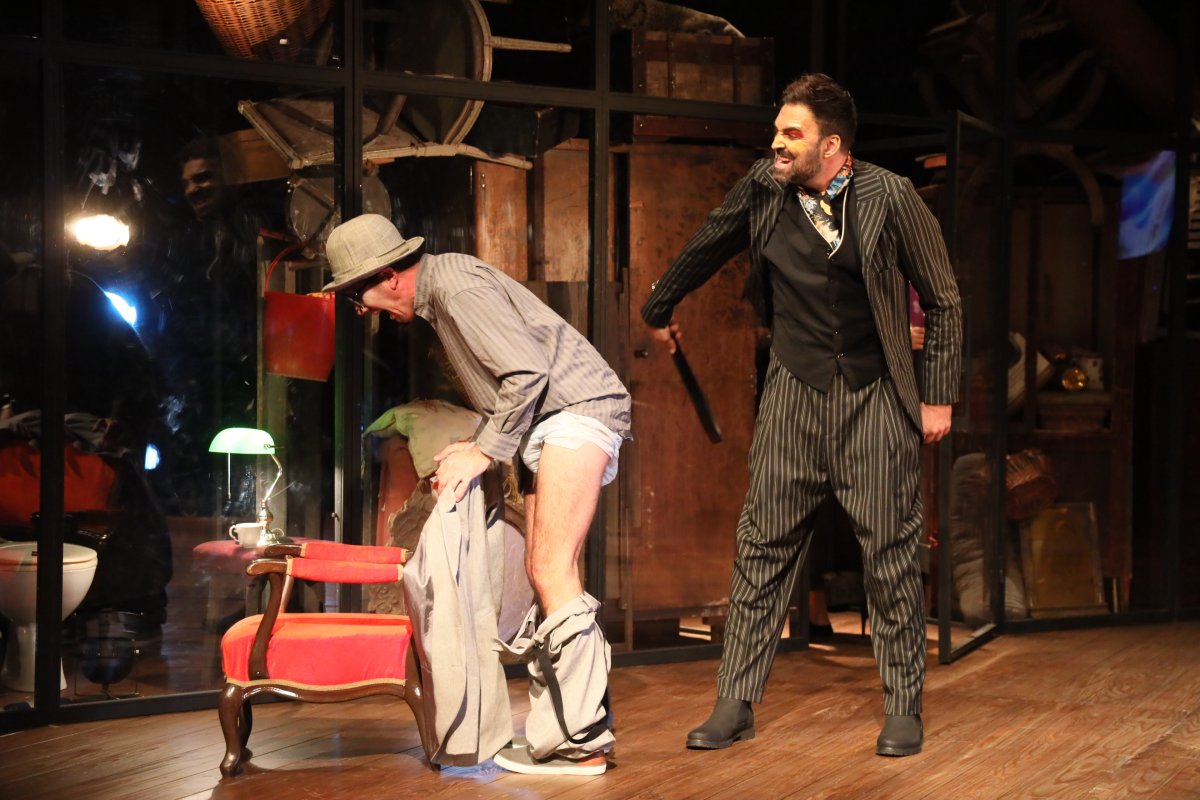 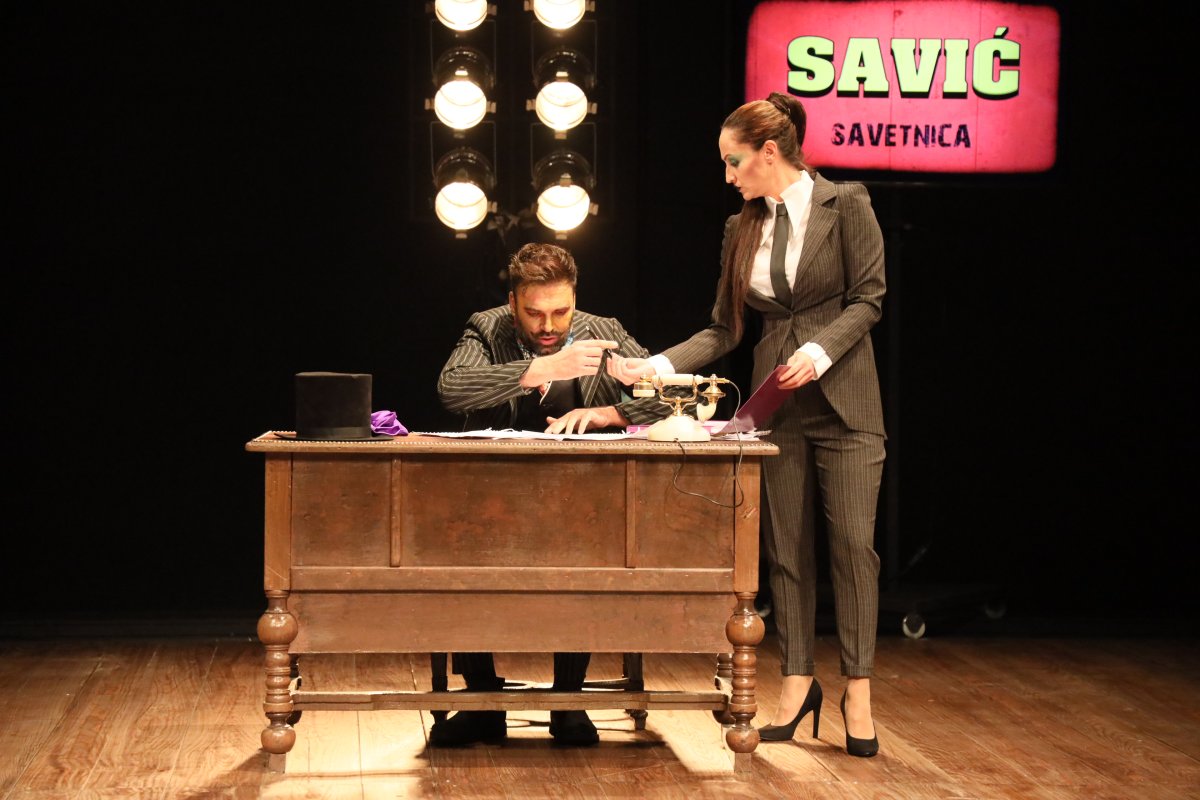 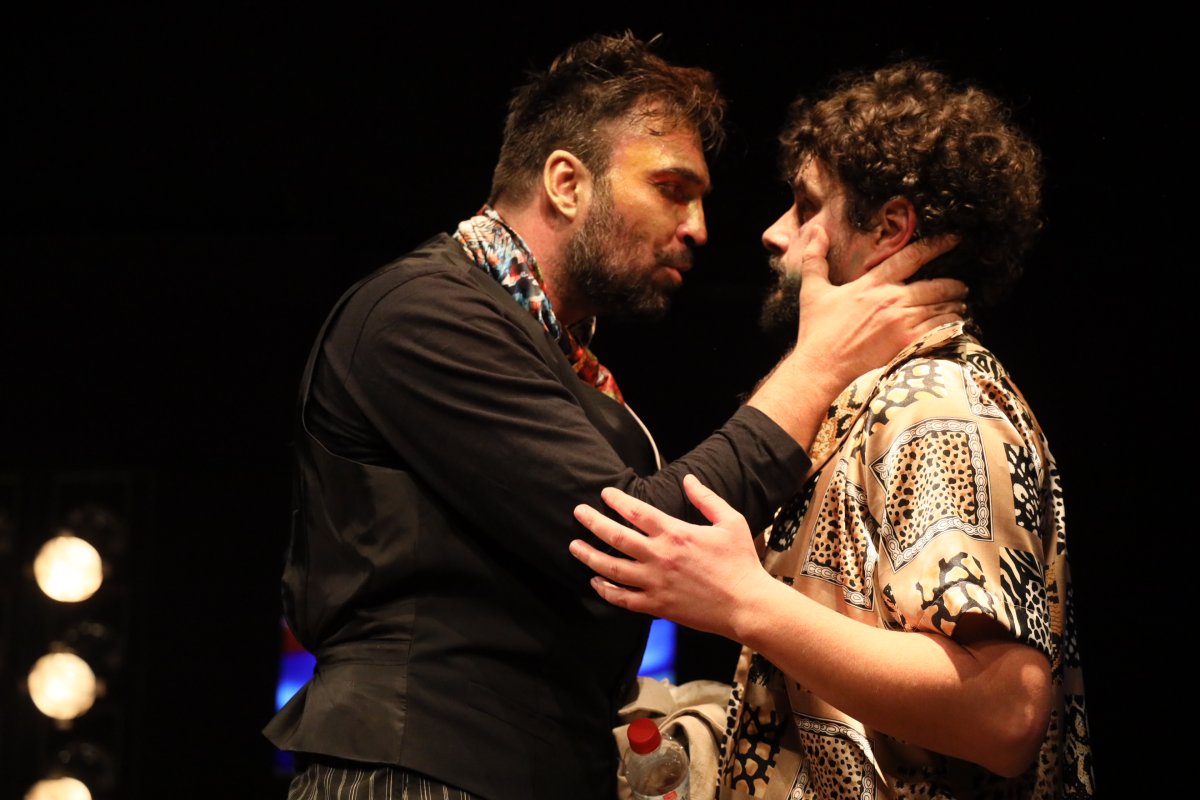 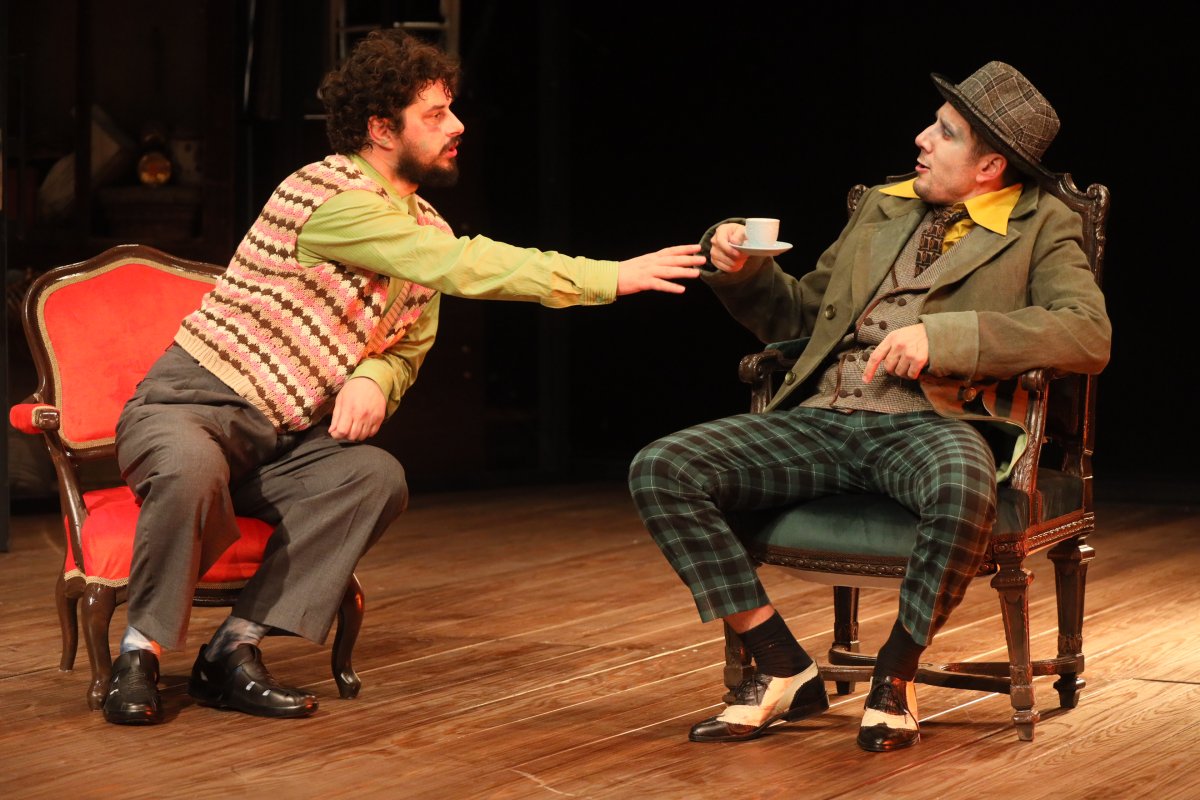 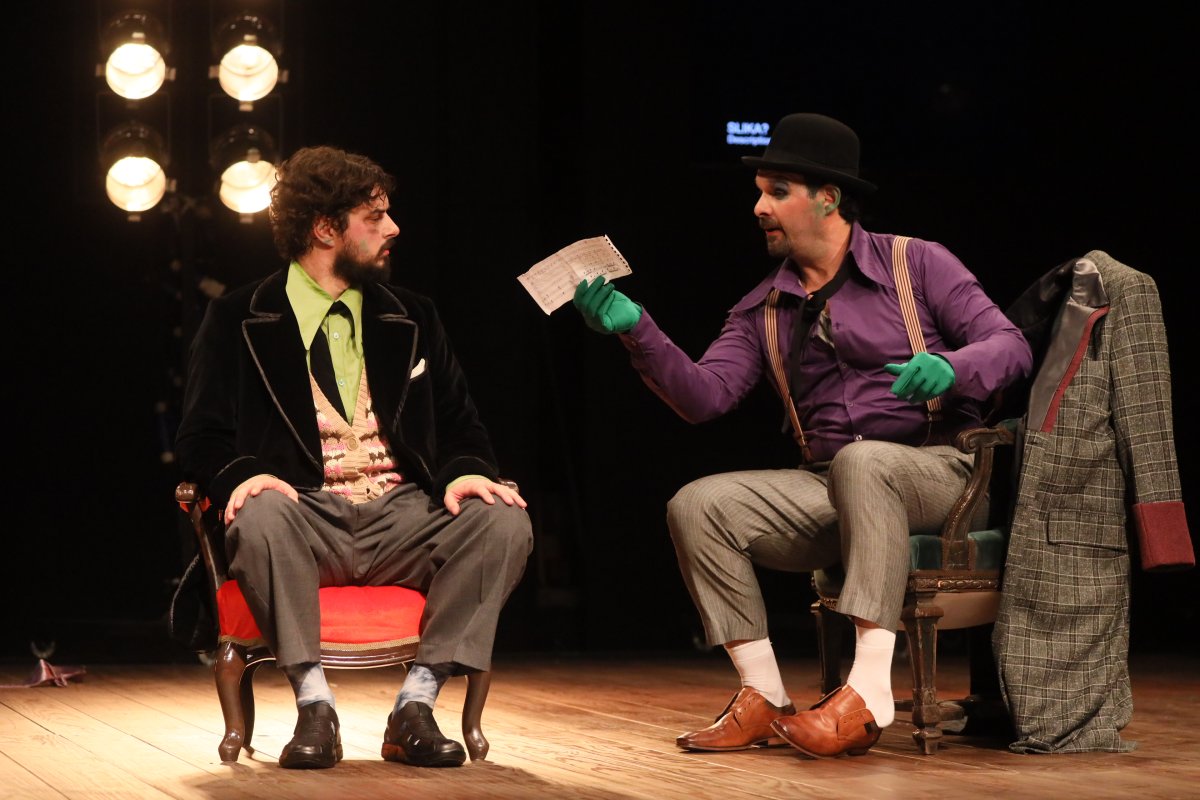 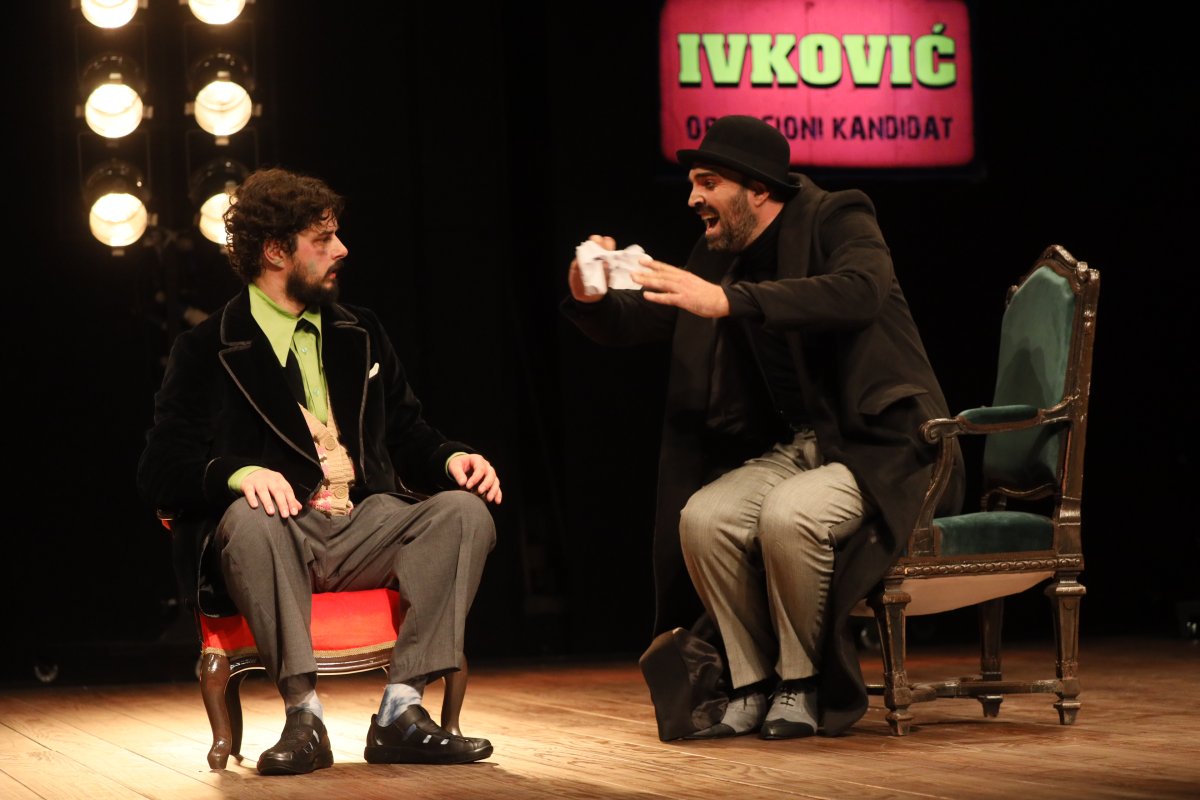 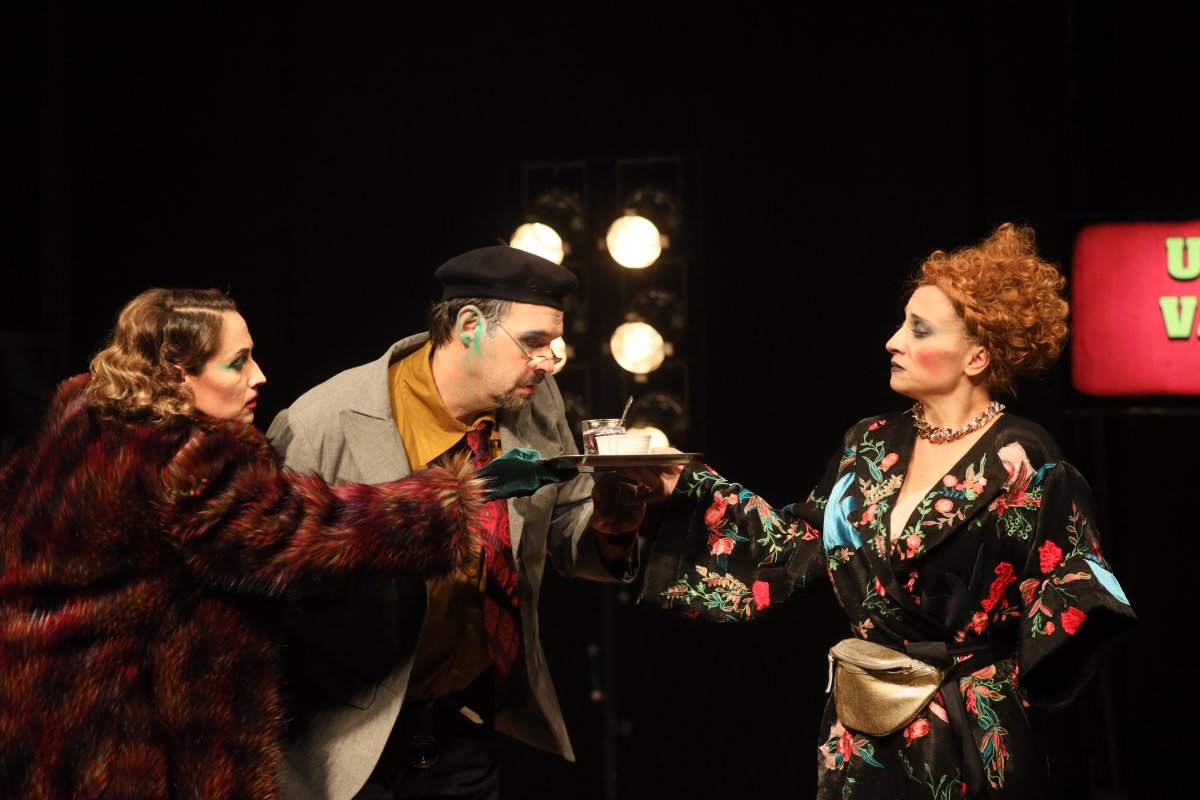 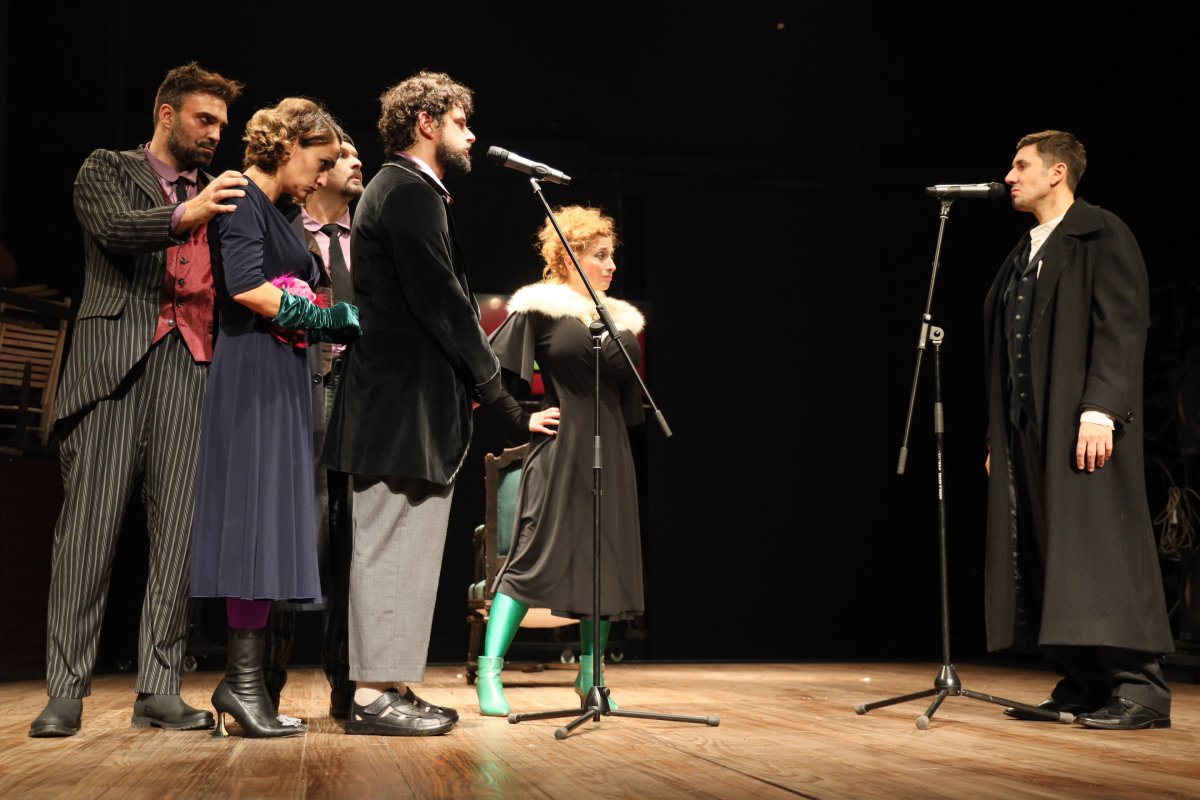