based on the novel by Virginia Woolf, dramatisation by Tanja Šljivar in cooperation with Goran Ferčec 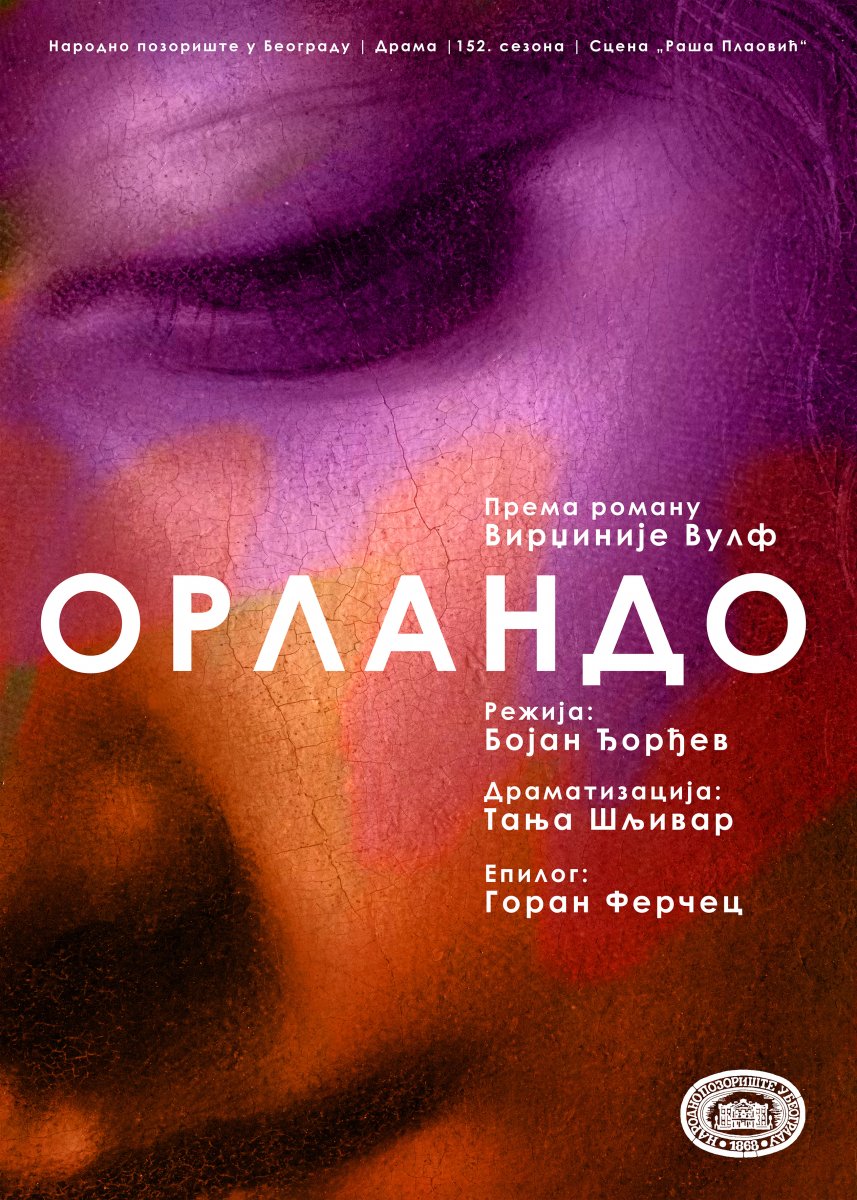 A COLLECTIVE BIOGRAPHY OF THE ARTISTIC TEAM
Artistic team working on the play “Orlando” is linked by joint projects in the field of arts, particularly theatre in various constellations: Ilić and Djordjev since 1998, Mirković since 2003, Ferčec since 2005, Marojević and Djerić since 2007, Šljivar since 2012 and Papić since 2018. Bojan Djordjev, the director, Siniša Ilić, a visual artist and Maja Mirković, a costume designer, all collaborate in institutional theater and independent productions, and in 2019 they curated Serbia’s exhibition at the Prague Quadrennial of Performance Design and Space. Tanja Šljivar is a playwright interested in collective writing practices and in various models, media and formats of representation of performance texts. Goran Ferčec is a writer, dramaturge and collaborator in performance projects. Until now he has published a novel, a book of essays and a book of performance texts. Dijana Marojević is a full-time professor of diction, stage speech and rhetoric at the Faculty of Dramatic Arts. In addition to having worked as a speech coach in over 30 theater productions, she also works on television and film. Čarni Djerić is an actor, contemporary dance performer, director and co-author of numerous plays as well as stage movement director. Luka Papić is a film director also engaged in music through the project mangulicaFM, “Bicycle” the band and as a composer for theatrical plays. This is the first time that both Mina Milošević, dramaturge, playwright and undergraduate student and Maksim Milošević theatre director and master student of faculty of Drama Arts, collaborate with this authorial team.

DRAMATURGE’S NOTE
Orlando and Non-Orlando: Overcoming Otherness
The Colonial Politics of Falling In Love
“Orlando” by Tanja Šljivar is the adaptation of the novel of the same name written by Virginia Woolf, the longest love letter in the history of literature that Woolf dedicated to her lover, Vita Sackville-West, starting with its very title: “Orlando: Vita”. The term “vita” refers to the name of Sackville-West, but also to the term “biography”, because in this novel the author attempts to capture and describe Orlando’s/Vita’s personality by describing his/her life as a life of a nobleman who lives for over three hundred years, not having aged a day, who changes sex, without changing his personality in the slightest, with whom everybody is in love, but who has been only in search of his writing his entire life. In trying to describe Orlando’s personality, it is as if the narrator (male or female) attempts to unravel what is it that makes him so magnetic and why such a person is the object of infatuation.
“He – for there could be no doubt of his sex, though the fashion of the time did something to disguise it – was in the act of slicing at the head of a Moor which swung from the rafters”.
“Orlando”, Virginia Woolf
In her adaptation Tanja Šljivar openly politicises this story placing it inside a clear theoretical framework – this is a story of an aristocrat, a rich coloniser who is privileged by his class and race, by his “Britishness”. He often sets out on journeys and tries out “exotic” cultures by appropriating the lives of the oppressed, the exoticised, so he, as a white woman embarks on an adventure to “taste the charms of the Orient” in Constantinople, which is pure exoticism when compared to his British civilisation heritage, or when she was living with a Gypsy tribe when it doesn’t take much for her to feel as a “free spirit”, but these escapades of hers are only episodes after which she would always return to the comfortable safety of her Britishness and class privileges. “Orlando had that luxury to address the identity politics”, the character of Rustum the Gypsy says about his lover. “She could always choose moments when she would consent to be discriminated as one of us, moments when she would be even willing to take the burden of being a person of color, only to shake this burden off with such ease at any time if it becomes too heavy, too tedious or simply whenever she gets bored with, let’s say, mere fascination with nature.”
The characters in this play, many narrators in the role of a biographer, try to describe Orlando in their monologues and to determine the identity of this fatal, magnetic and elusive creature. However, it becomes clear that Orlando’s identity owes its elusiveness to his plurality – Orlando is both a man and a woman, a Taurus and a Scorpio, a Dionysian dual personality in whose honour this theatrical performance is staged. All Orlando’s narrators, lovers, both male and female, are mere Bacchantes in a trance celebrating Eros trying to determine Orlando’s identity by comparing it to their own, they all are just mere gender caricatures, identified as “others”, as “Non-Orlando”.

“What does your mirror say? It’s always the other one who looks back. We seek him, when we tunnel through unknown bodies, away from ourselves”.
“Quartett”, Heiner Müller
“Such thing as being British, being white, cannot exist if there is nothing in relation to which it can be determined, and in this case, the lord could be easily determined in relation to the Moor’s head that has just been severed.”
“Orlando”, Tanja Šljivar
Hence, this play unites two largest conflicts in history of both “masculine”, political, military, combative and “feminine”, romantic, melodramatic genres – a conflict between a conqueror and a slave and a conflict between an object of infatuation and a subject who is in love, and it elaborates what was on the tip of everybody’s tongue – in a conquering, colonising world the love itself is conceptualised as a conquest and the process of love colonisation seems as painful as the process of political colonisation. All Non-Orlando characters ache for Orlando seeing in him the very thing they “miss”, the thing that makes them “less worthy” than him. Thus, the elderly Queen Elizabeth sees her youth in him, the Russian princess, Sasha, sees in him the Western civilisation in comparison to which she is a barbarian, the poet, Nick Greene sees in him money and the status of a nobleman, the Romanian Archduchess and later on the Romanian Archduke, in both cases gender caricatures, with increased femininity of a “madam” and increased masculinity of a “groom”, see in him/her their monogamous destiny with clearly defined roles of male-female. The unnamed Turkish lover sees in him civilisation in comparison to his Orient, Rustum the Gypsy sees a white woman in her, a higher class member, Madame du Deffand and her company from the salon see in Orlando an intrigue, a thing of interest, a puzzle which is quite opposite to their dull snobbish lives, Nell, the prostitute, sees in Orlando the first person in front og whom she can take off her femininity mask (even the brassiere as its symbol) and stop being a dehumanised body engaged in unfulfilling sexual intercourses with her clients which she finds quite repulsive, to put it mildly, and Shel sees in Orlando his soulmate – a person of the opposite sex who equally belongs to his own gender as much as he belongs to hers.
However, in each following scene Orlando leaves Non-Orlando more and more baffled by his self-centeredness and inconstancy. Absorbed in the pursuit of his writing, he is too occupied to play the role that was attributed to him by birth – he does not show much interest in playing an aristocrat, a master, a man, a conqueror, although every Non-Orlando character is always ready to greet him by playing an expected complementary role of a conquered person. When Queen Elizabeth I falls into a trance from grief that she caught Orlando kissing other girls, Orlando quite calmly writes her a wordless farewell letter which leaves her lost for words. The unexpected escape from the gender role provides the comic element of this play and brings forward its potential for setting oneself free from gender roles, from patriarchy and class society – from every kind of colonisation and enslavement.
Through playfulness and plurality of motifs of gender performances, the character of mankind given in the undefined, androgynous Orlando overcomes the relationships of domination and enters into relationships of egalitarianism. From horrific determinism that the notion “fate” bears Orlando, in his final monologue, (author: Goran Ferčec) when he finally finds his voice, says: “A century is but a trick. That is why one must outwit it. Just step out of it. Break the number one and two zeros like a spine.” And he adds to his recipe for liberation: “To read Marx and Spinoza” referring to the abolition of class society and replacing church authority and God by pantheistic perception of the divine power. Whereas Non-Orlando looks for a divinity in Orlando, who is superior in class to him, in the world in which God was devised in order to justify class division and hierarchies which spring out from it by maintaining his position on the top of this hierarchy, Orlando, yet, searches for a divinity in nature and arts, and it will turn out that for Orlando, God is collective polyphony of all the voices that make a century and mankind. It becomes clear – otherness is a manner of maintaining class society and order of a “century”. Every falling in love is, therefore, a desire to overcome otherness; to break free from narrowly restricted, oppressed position; to abolish categories; to be set free; to move from patriarchy to the regime of love with the help of a fatally attractive person, like in the play of the same name written by Tanja Šljivar which was also directed by Bojan Djordjev. 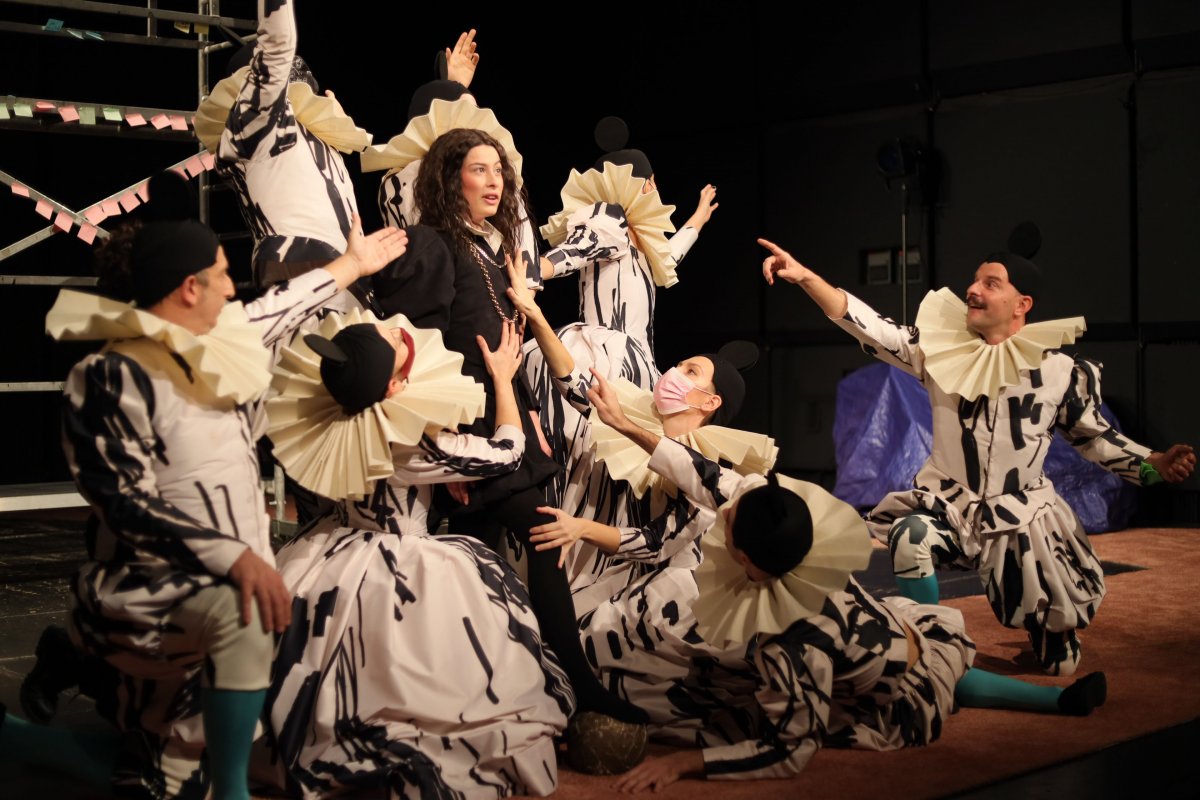 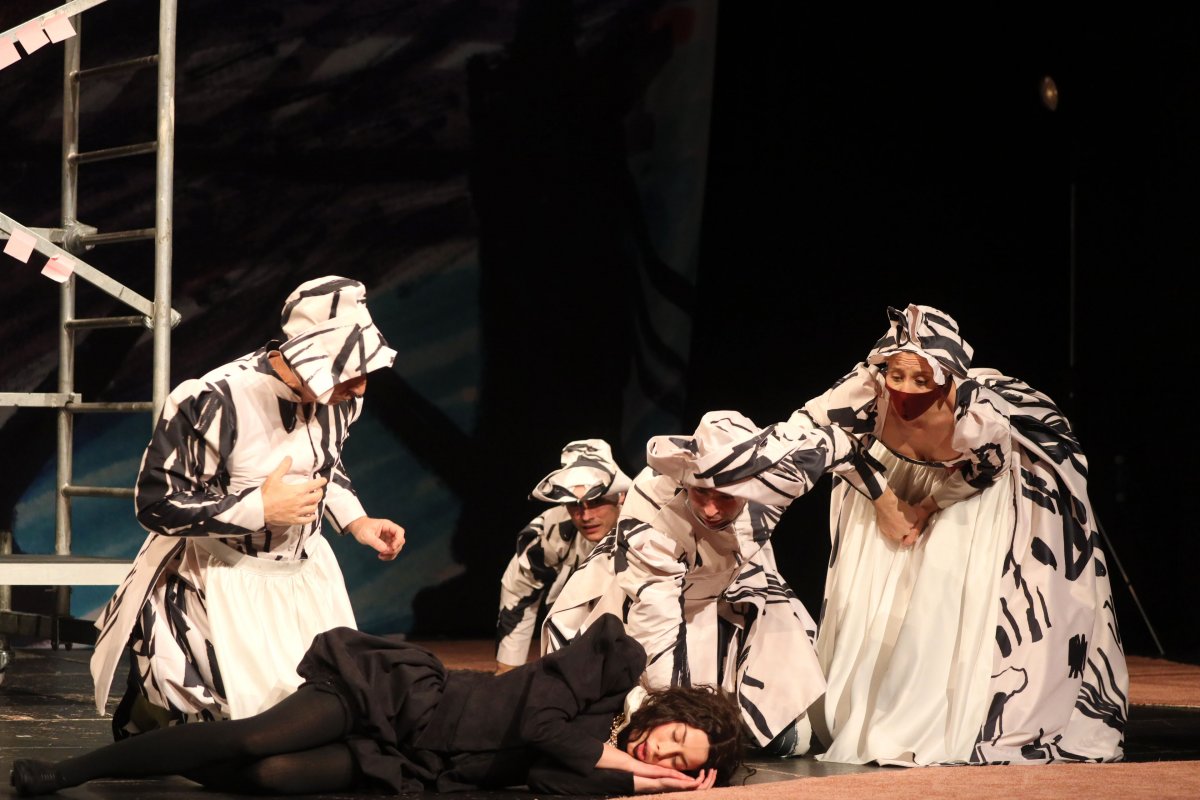 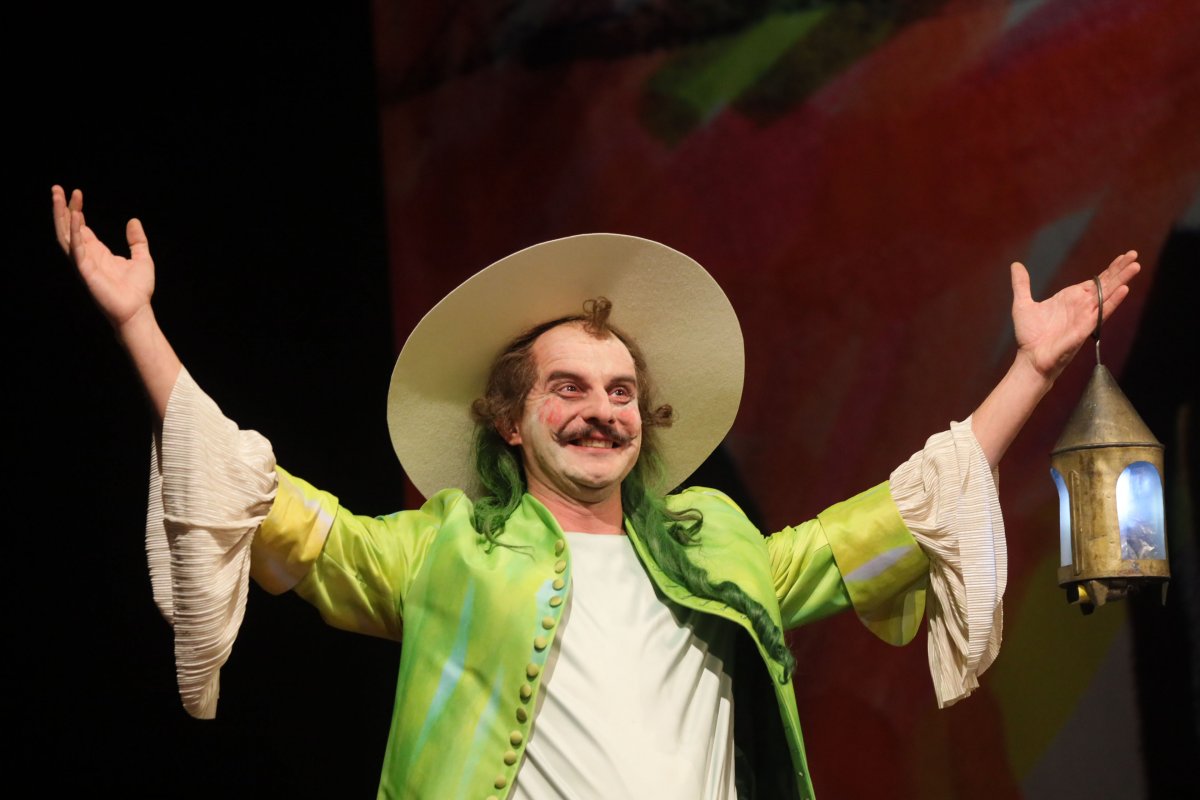 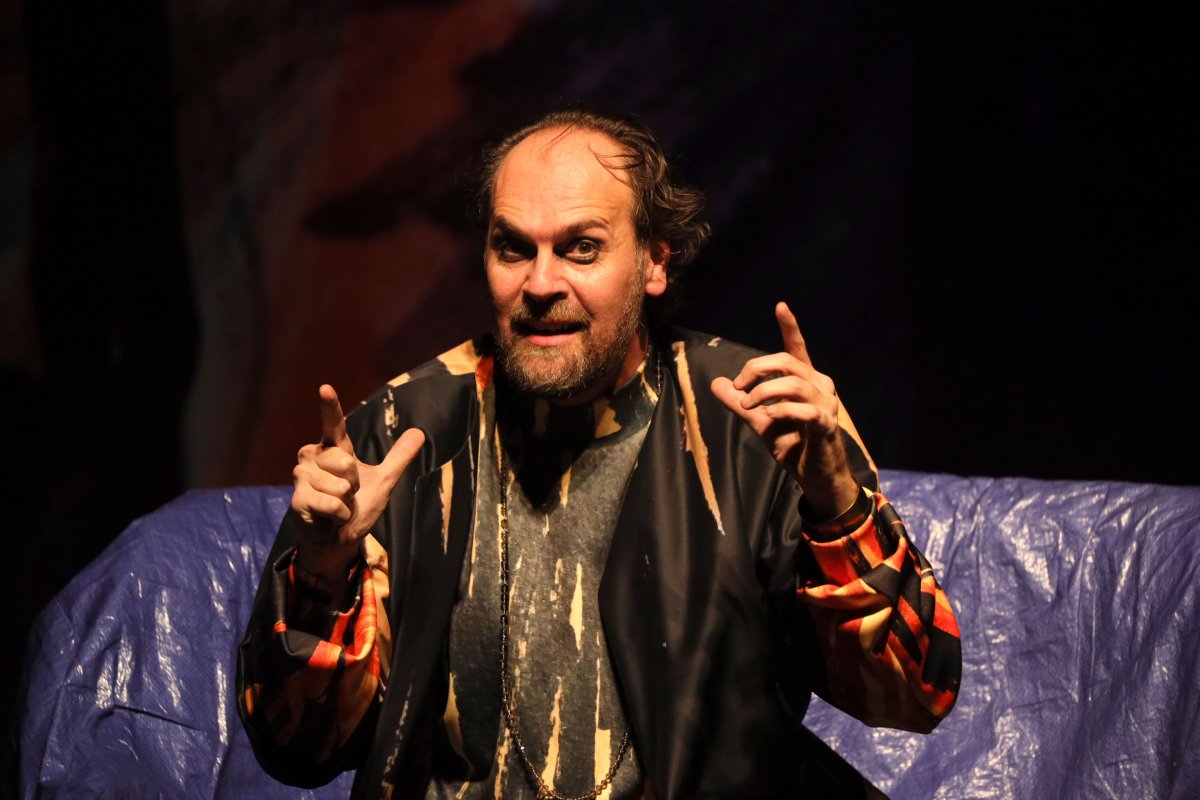 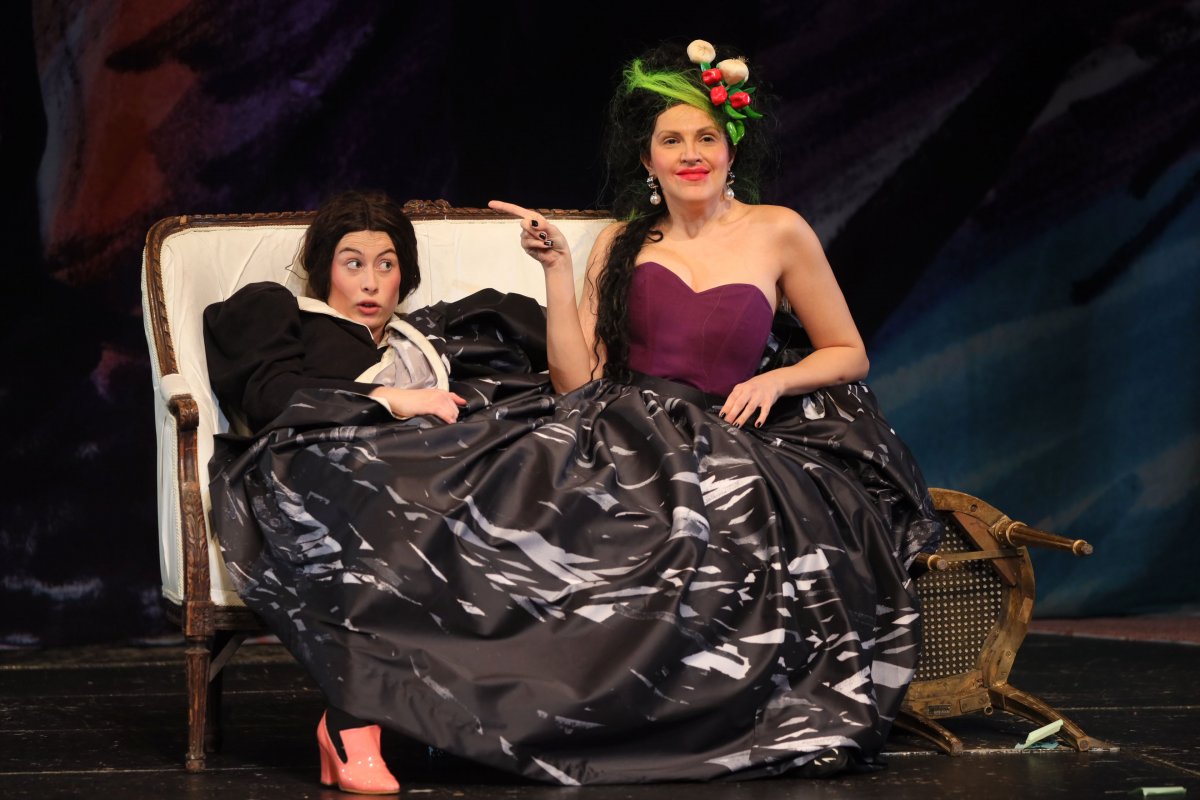 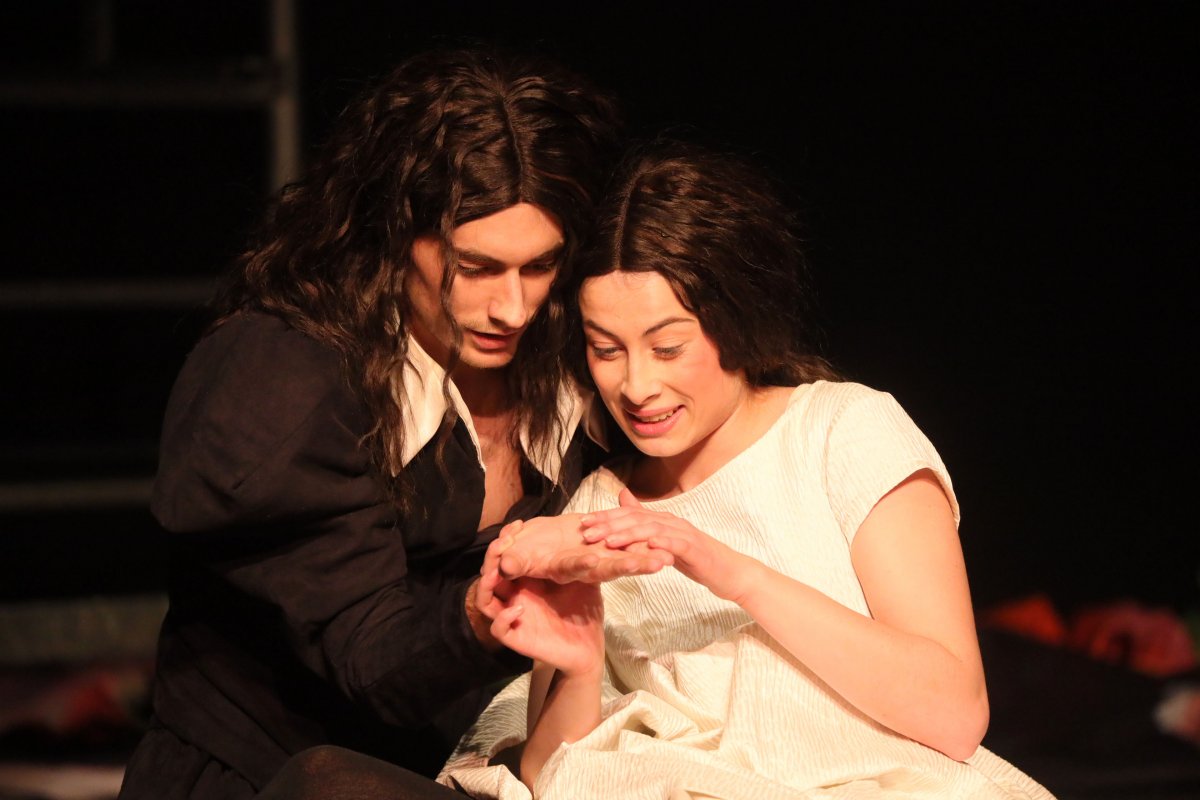 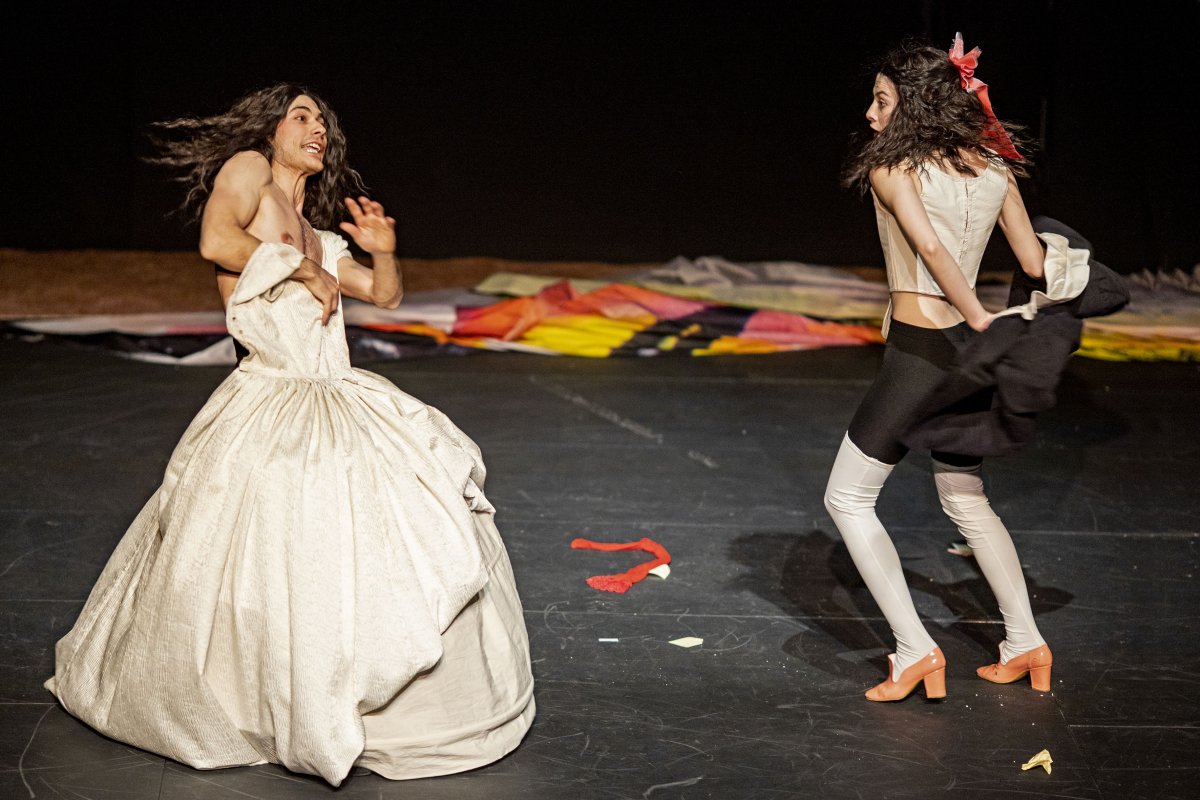 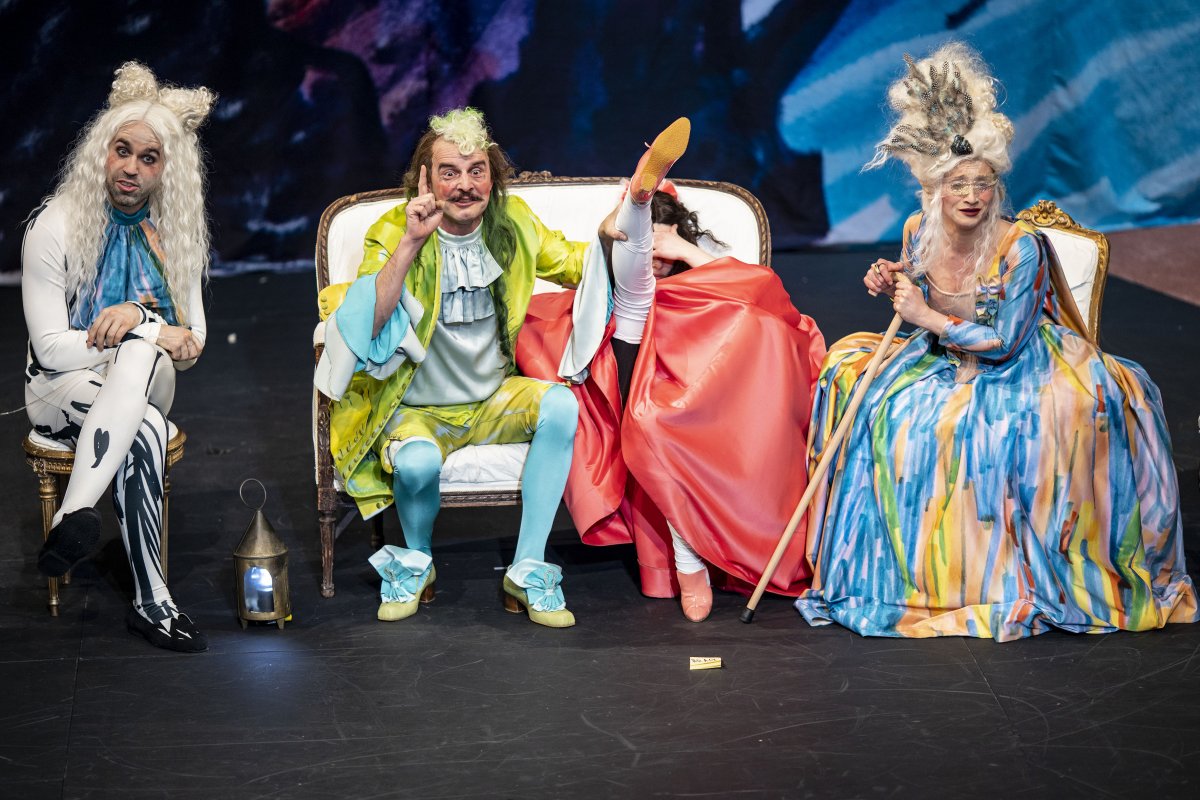 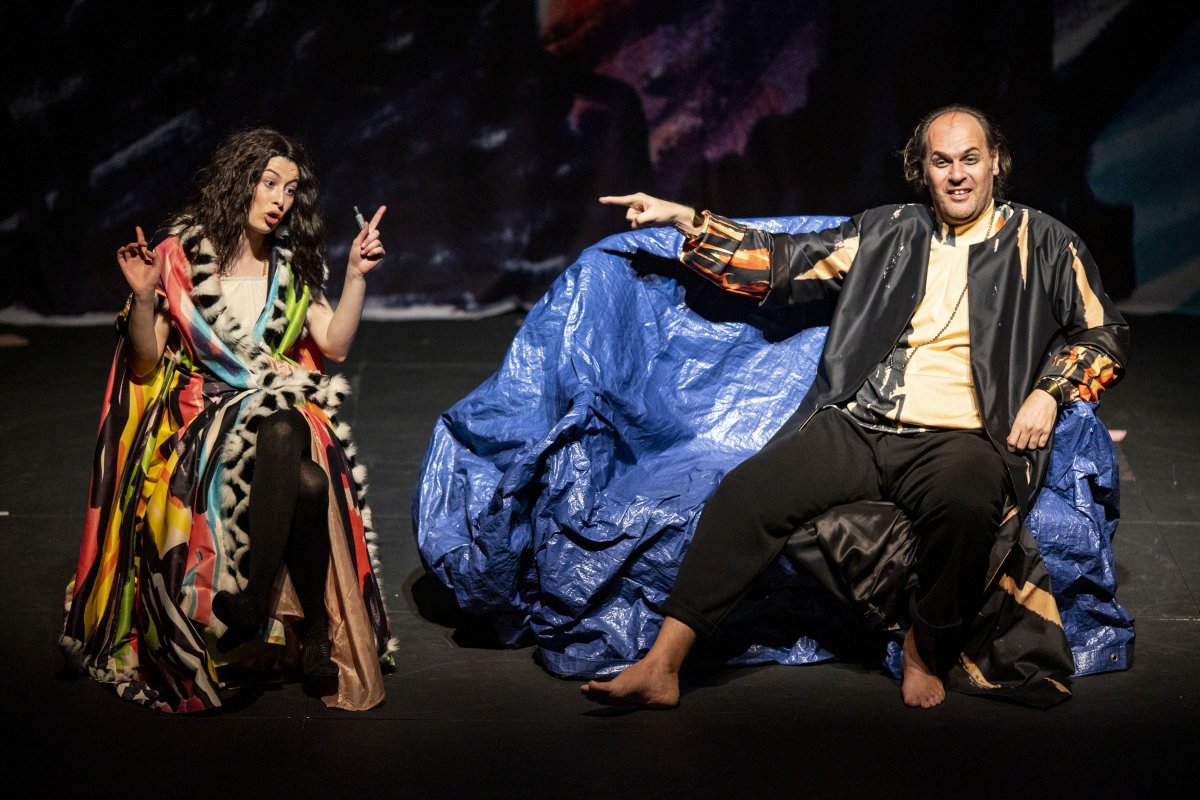 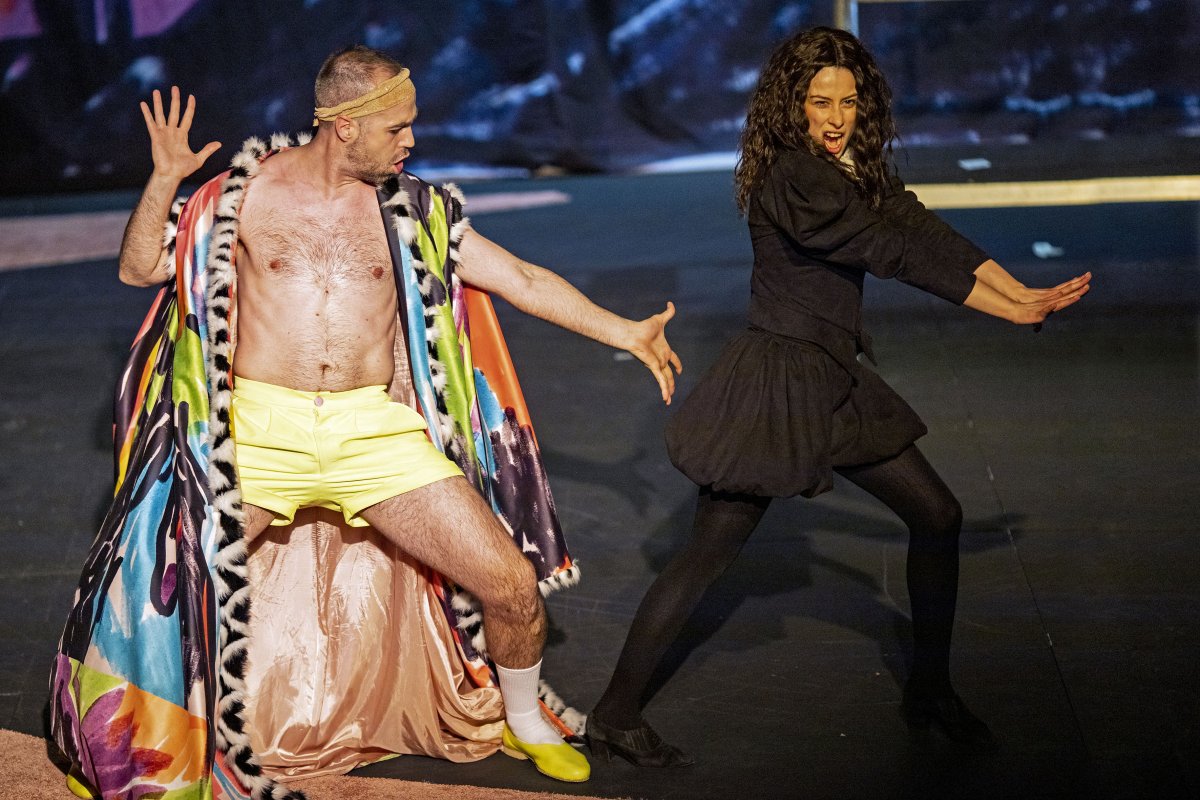 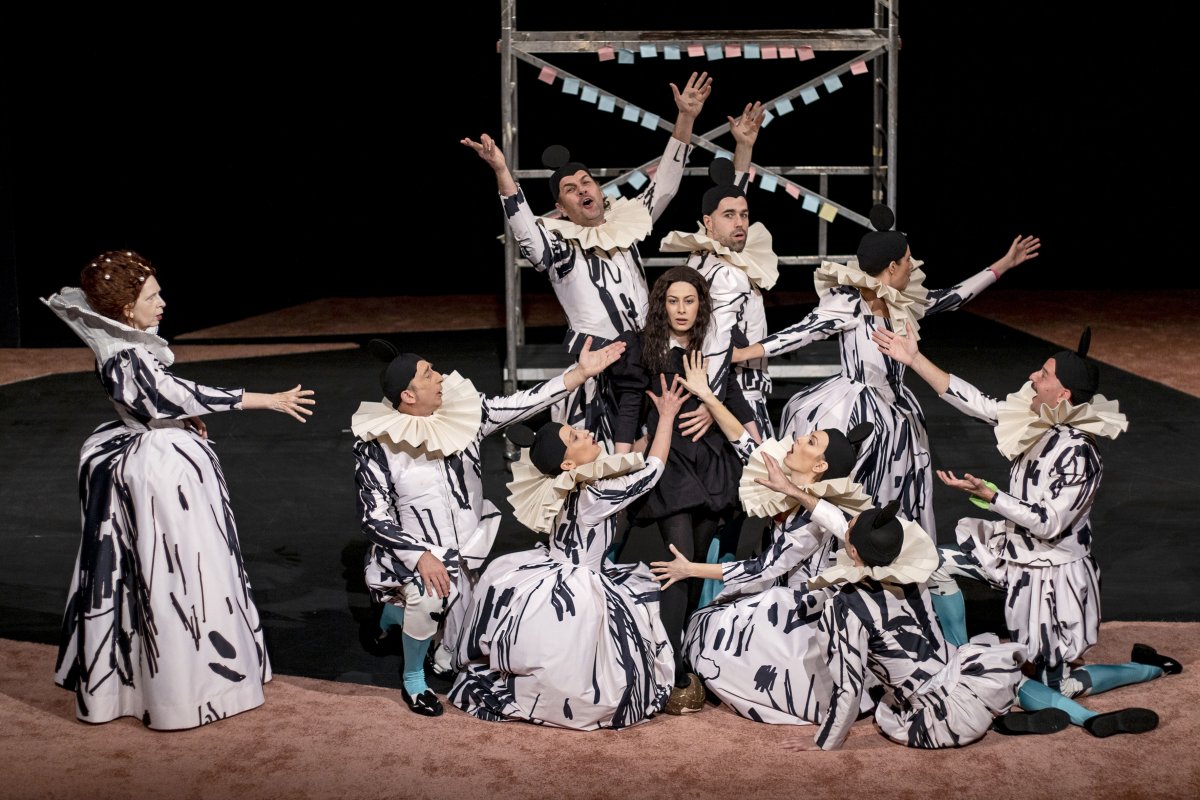 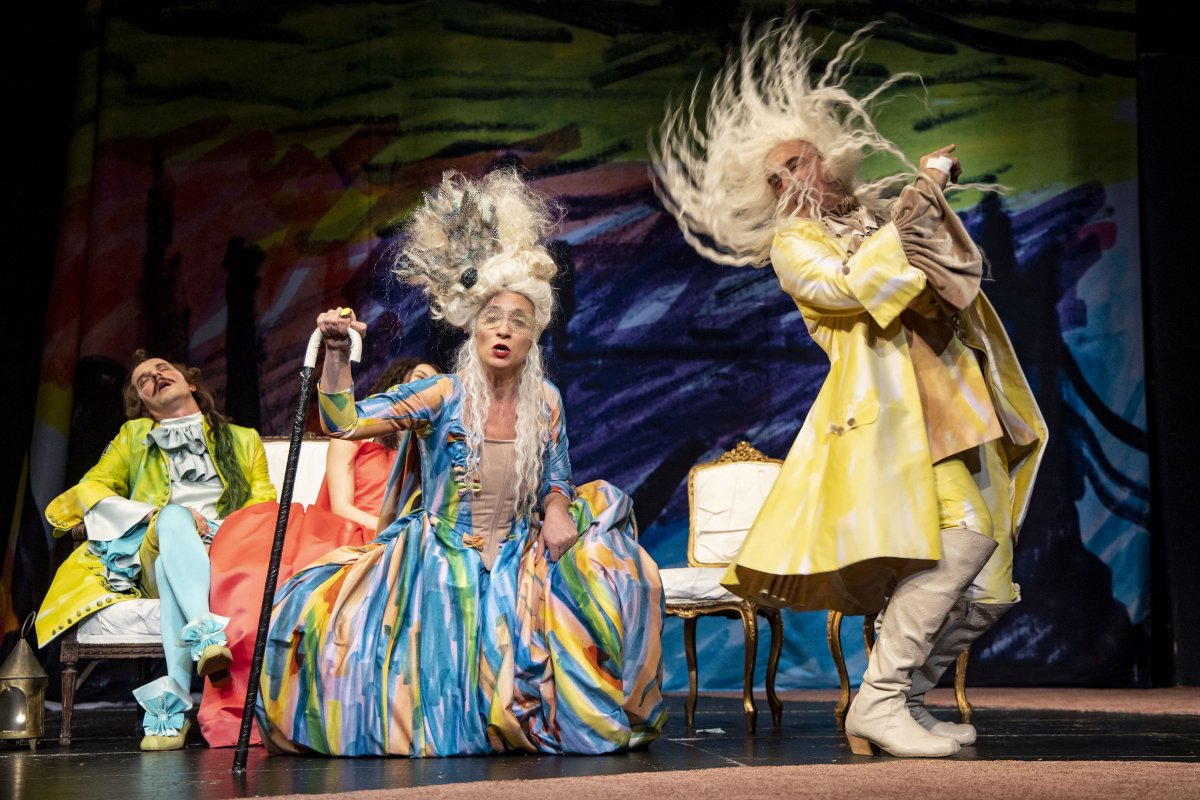 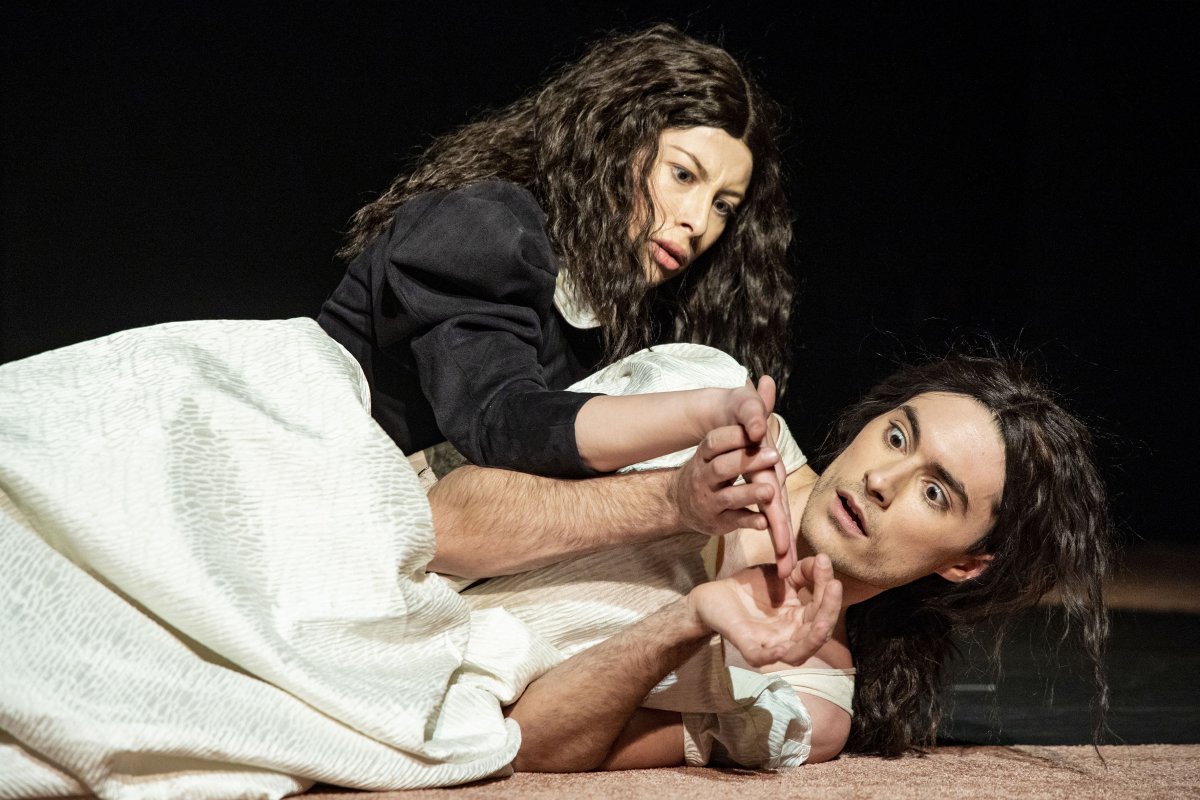 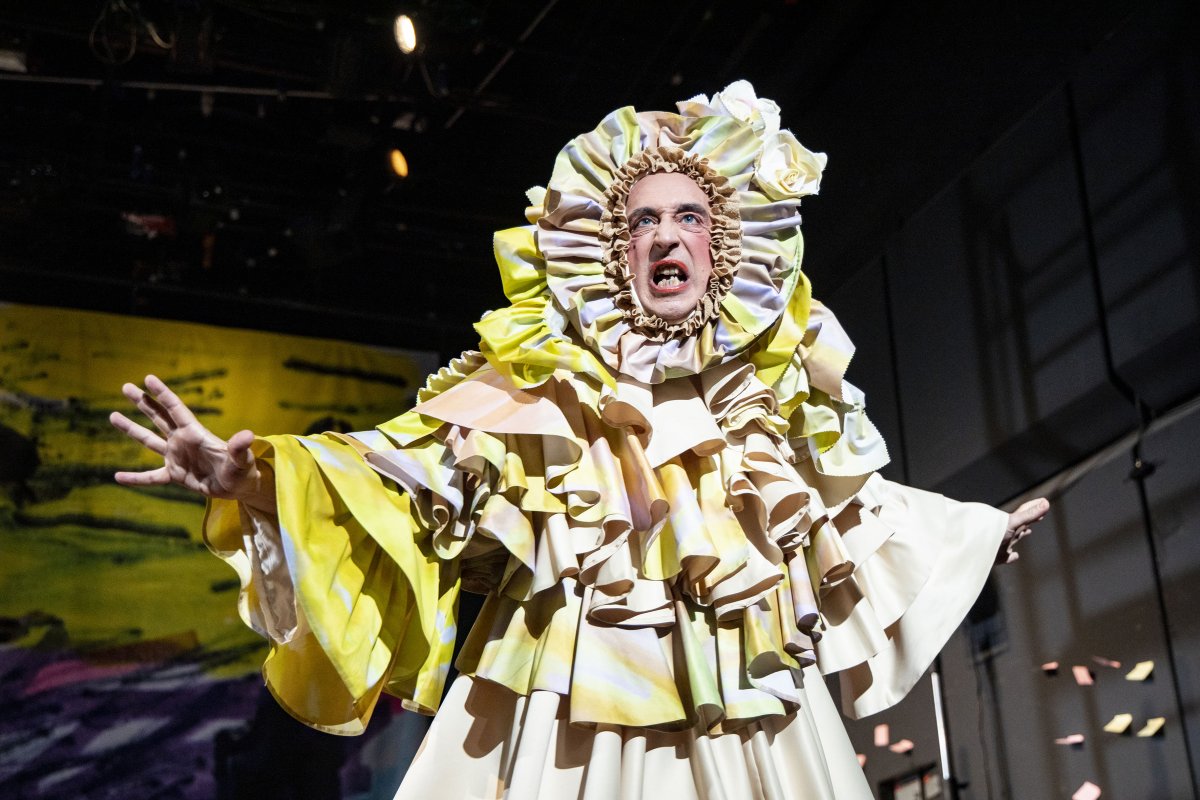 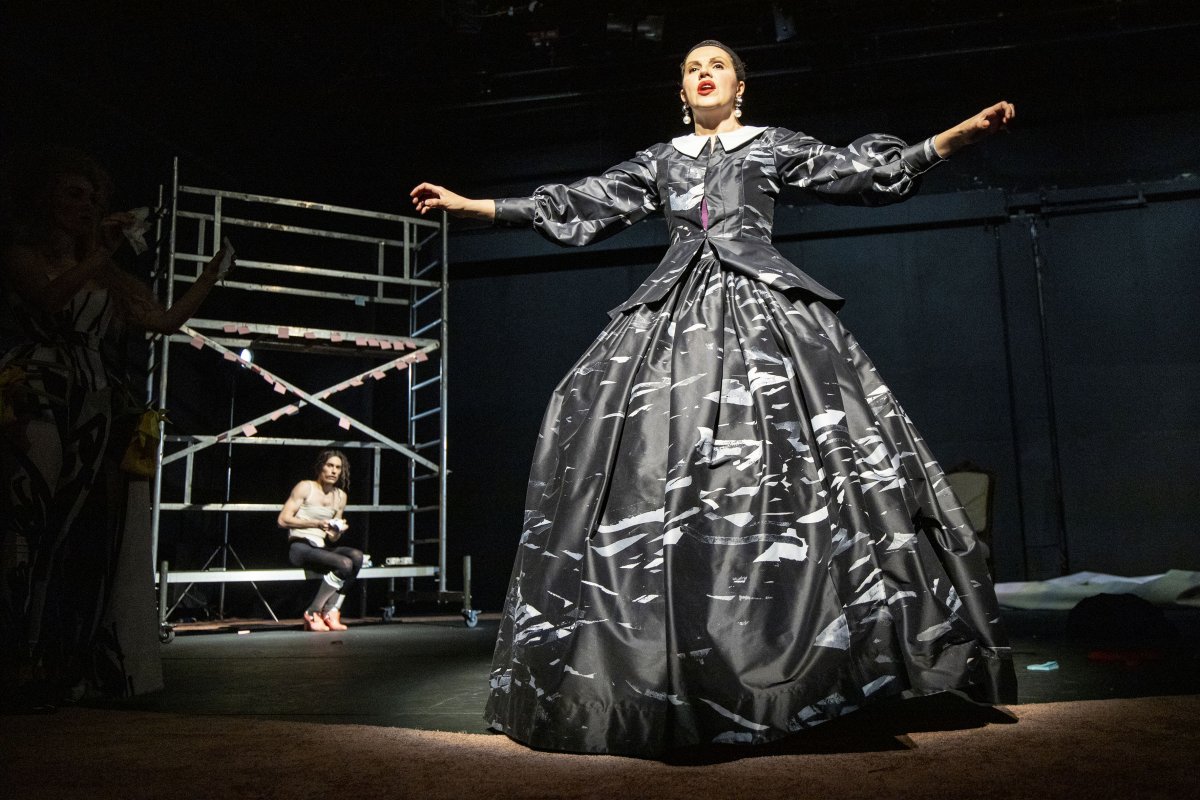 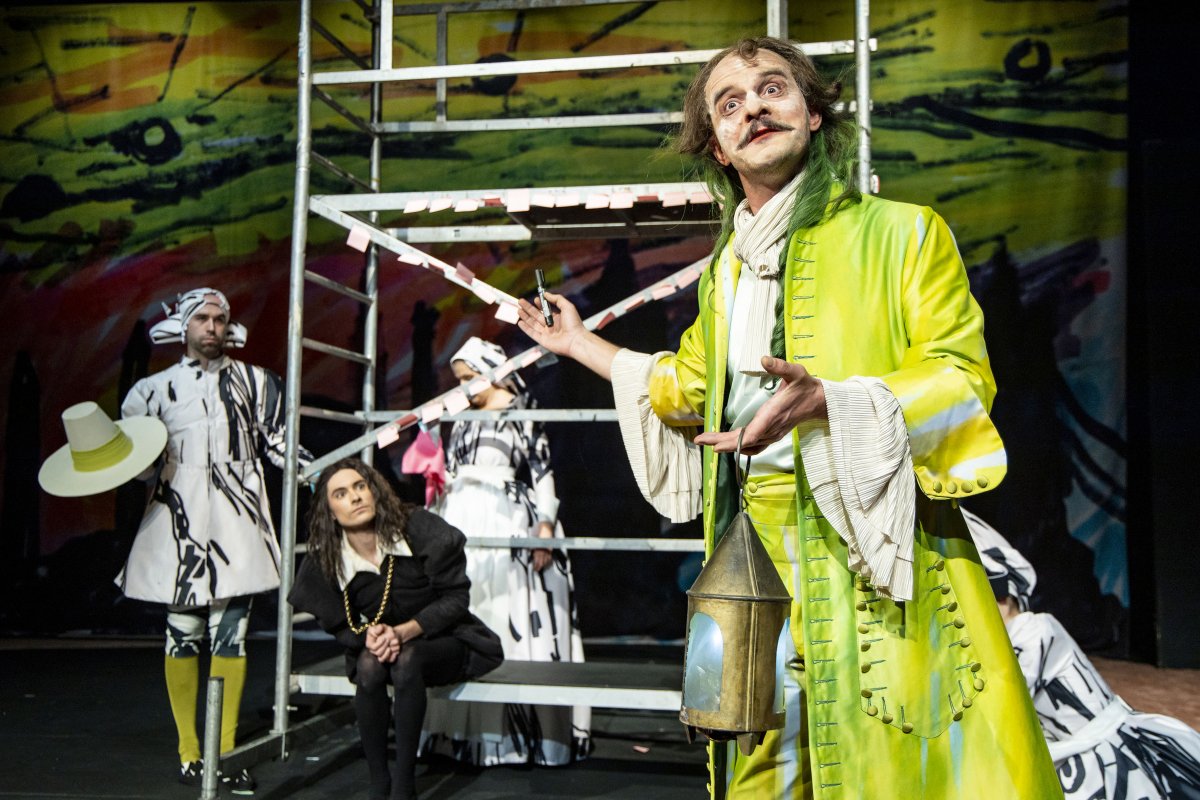 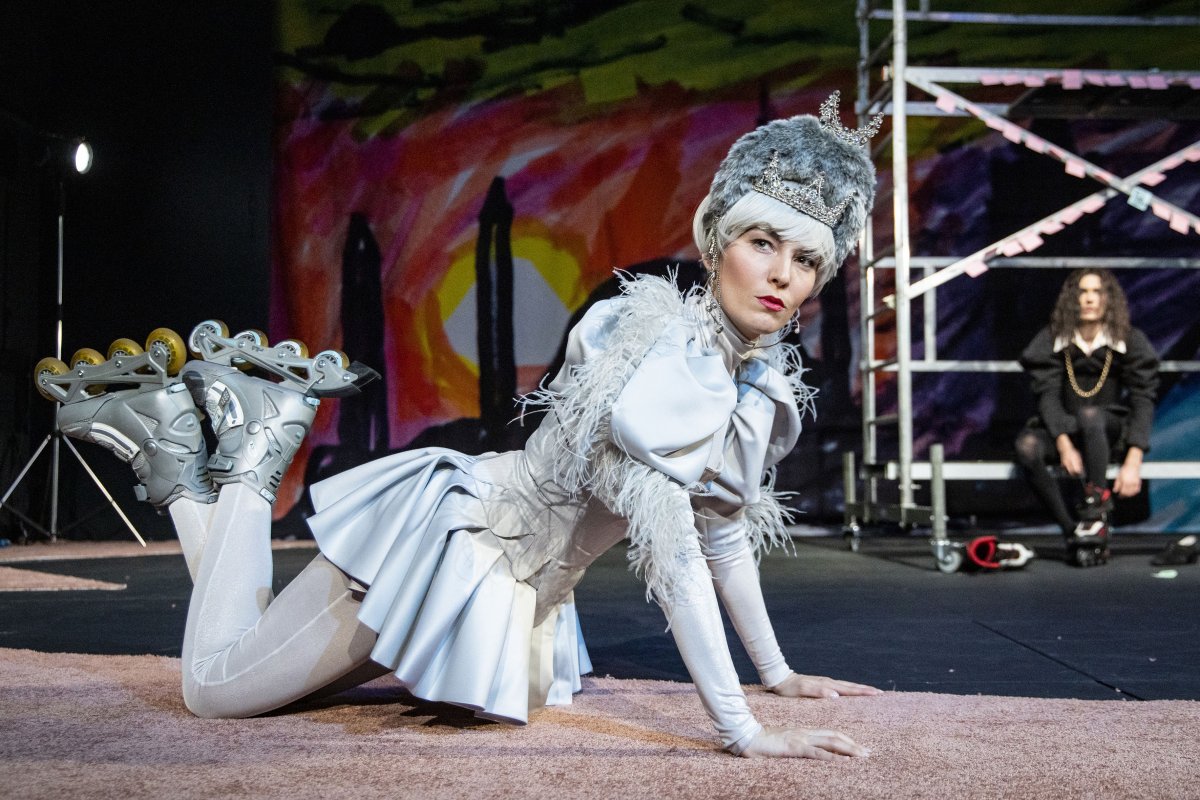 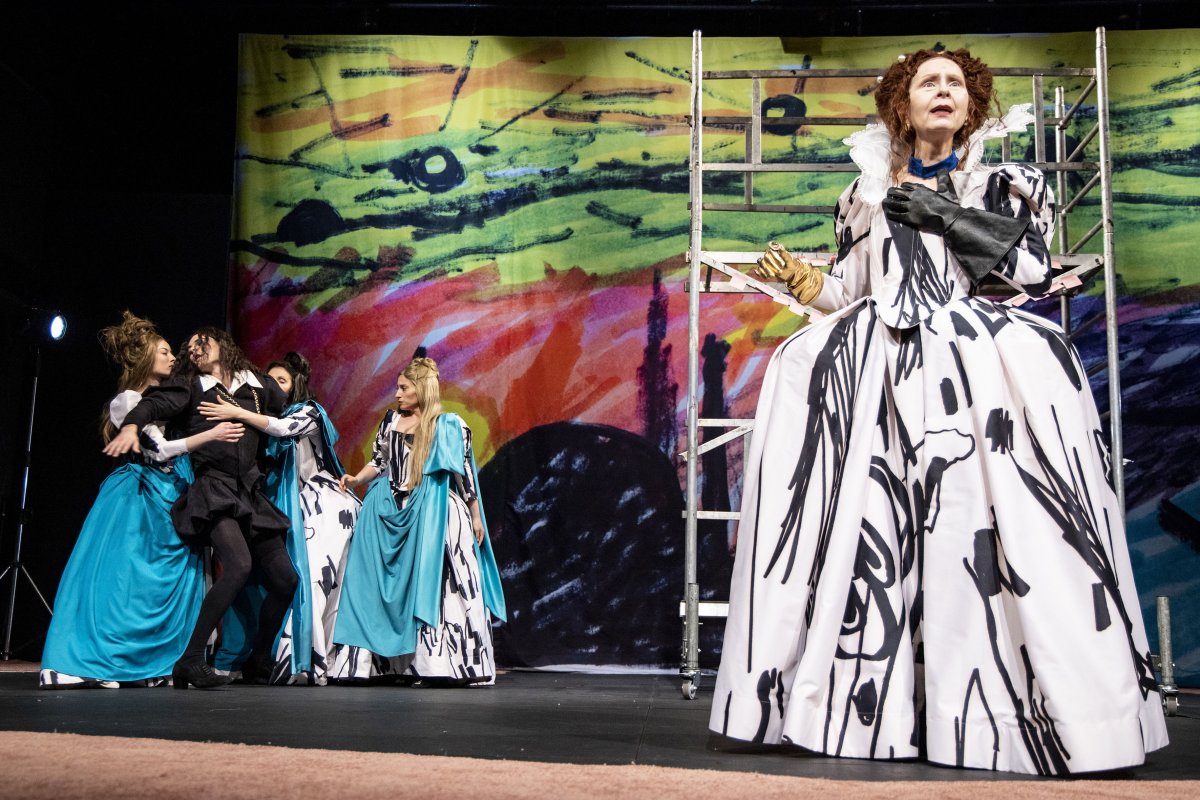