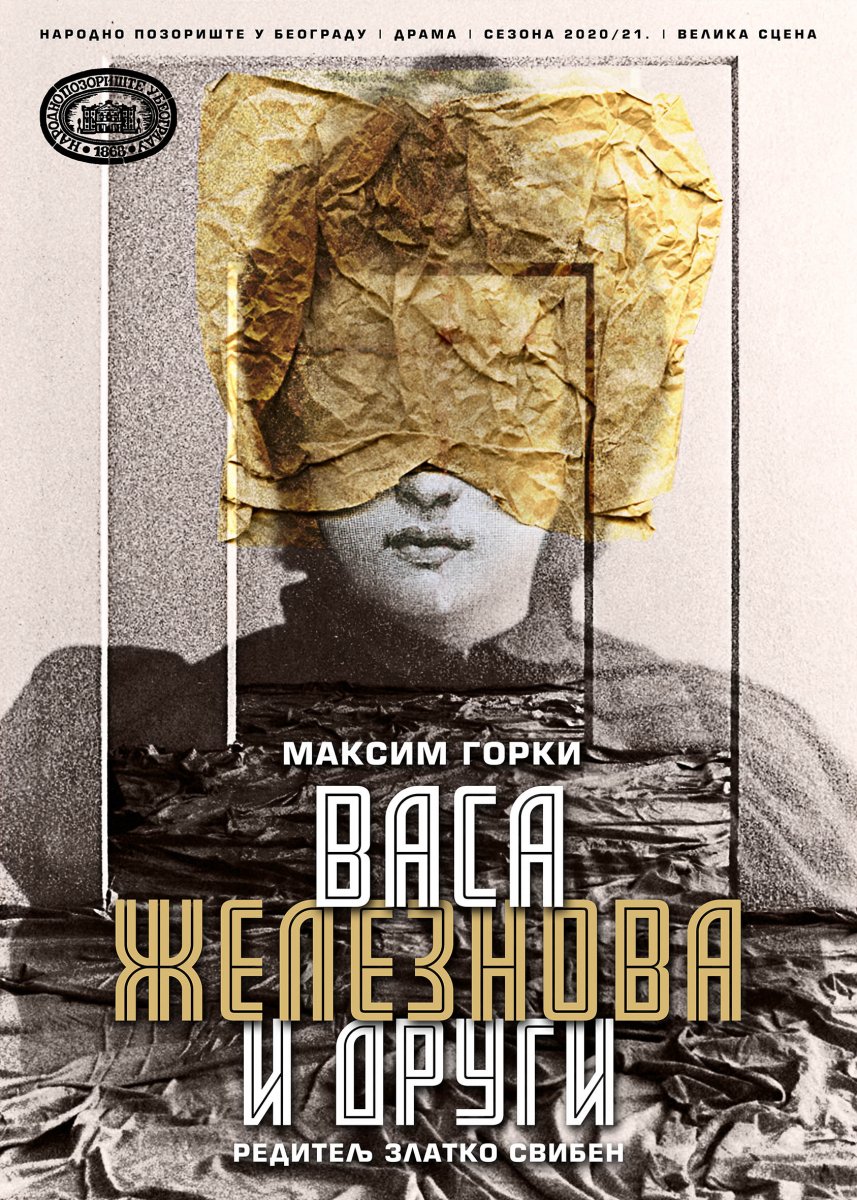 MAXIM GORKY  (Alexei Maksimovich Peshkov, 1868-1936), Russian Soviet prose writer and playwright. He entered literature as the bearer of rebellious romantic tendencies, symbolized as the “storm bearer” (Poem about the storm bearer) and based on legendary fables about free people (Makar Chudra, Old Izergil), but also on contemporary material about apostasy from the conventional morality of the petty bourgeoisie (Chelkash, Konovalov, Malva). In the works under the influence of the Russian tradition and Nietzsche, he discussed the conflict between the principles of action and the passive-contemplative attitude towards life (The Song of the Falcon), the dilemma between “low truth” and “comforting lies”. At the same time, he depicted the real crisis of society and the process of decay of strong individuals in the capitalist reality (The Orlovs, Foma Gordeyev, Three of Them ...), which in the drama The Lower Depths, led to a break with beggars illusions. In the later period, he devoted himself mainly to two topics - the search for a new faith within the God-building concept (the character of Luke in The Lower depths, Confession), which resonated in the educational novel about the maturing revolutionaries (Mother), and examining the petty-bourgeois reality of Russia at the start of the century, and its social psychology and the spiritless essence of her ambitions (Okurov City, The Life of Matvei Kozhemyakin). Since 1913, he has been approaching the topic of the conflict between a restless and irreconcilable individual and an inert environment creating autobiographical material (My Childhood, In the World, My Universities). After 1917, he argued with Lenin and the Bolshevik leaders, criticizing the attitude of the Soviet government towards the intelligentsia, the struggle for political domination and the manifestations of the peasant masses during the years of the civil war. He actively participates in the spiritual renewal of the country, which presented him as the most important cultural ambassador in the entire post-October era. At the same time, he completed his research on the phenomena of Russians and Russia, returning to the  active, creative principle of the conflict between heroes and the environment and condemning the new version of “man from the underworld” as a result of bad social circumstances, even in revolutionary reality(Sketches and Stories, three volumes). This philosophy of unconditional glorification of a man with principle and reputation of a passive attitude towards circumstances is most fully expressed in Artamonov Bussiness, and it also dominates the idea of ​​the tetralogy - Life of Klim Samgin. In his plays, he complemented the conflicts in the trade, developing the motive of choosing a life path and “escape” from the stagnant conservative reality into the world of freedom with a supreme example in the fate of “late rebel” Bulichov (Jegor Bulichov and others). Gorky was the most prominent spiritual developer; in the domain of aesthetic pursuits, he declared himself to have a realistic view, , arguing with decadent orientations, Tolstoy’s social pedagogy and the philosophy of “suffering” in Dostoevsky’s legacy; he is a follower of Korolenko and Chekhov, responsible for the renewal of legends and fairy tales with modern materials and symbolism, for the development of the narrator’s function in epic narration, for the improvement of  a “negative hero”, for continuing Shakespeare’s dramatic conflicts within “historical” scenes. Most famous for: The Philistines, The Lower Depths, Summerfolk, Children of the Sun, Barbarians, Enemies, Vassa Zheleznova, Yegor Bulychov and Others.

About the text:
While we were creating the performance we were searching for a family that was lost. We were dreaming of it. The moment we woke up Vasa Železnova abandoned us.
Slavenka Milovanović

About the writer:
When Alexei was twelve, his grandfather, whom he lived with, threw him out of their home saying: YOU ARE NOT A MEDAL TO HANG AROUND MY NECK, GO TO THE STREETS AMONG THE PEOPLE TO GROW UP. In the streets among the homeless, artists and people’s leaders he was looking for the TRUTH, because of which he died. And that is how he became Maxim Gorky.
Slavenka Milovanović

ZLATKO SVIBEN
Director and theater pedagogue, graduated in comparative literature and philosophy at the Faculty of Philosophy, University of Zagreb and theater directing, in the class of Professor Dimitrije Đurković, at the Faculty of Dramatic Arts, University of Arts in Belgrade. At the same faculty in Belgrade, he also attends postgraduate studies at the Department of Dramaturgy. He has directed plays in many city and national theaters (Skoplje, Bitola, Niš, Leskovac, Užice, Belgrade, Vršac, Novi Sad, Subotica, Zenica, Tuzla, Sarajevo, Dubrovnik, Split, Zadar, Rijeka, Osijek, Zagreb). On several occasions he performed the duty of the director of Croatian drama, artistic director and permanent director in Rijeka HNK. He is also active in theater pedagogy (Novi Sad, Tuzla, Zagreb), especially when in the program sense he initiated and formed the Department of Acting and Puppetry at the time of the founding of the new Art Academy of the JJ Strossmayer University in Osijek. He is the winner of many professional awards. We highlight the Firebird Award; with five nominations, on three occasions, in the Croatian theater certainly the most prestigious - the Croatian Acting Award (2002 for directing the play “Tonight we improvise” (HNK, Zagreb), and in 2005 and 2012 for the Osijek play “Sirano de Beržerak” and “Unterstadt” (HNK, Osijek)); the Republican Vladimir Nazor Award (2012) and the Dubrovnik Orlando Award (2013). In Serbia, Zlatko Sviben is the winner of the Joakim Vujić Award for directing (1985) and the Ardalion Award, which was won in 2013 by the play “Crime and Punishment” (Gavela Theater, Zagreb) as a whole, and a directing award. He participated in Sterija’s Pozorje from 1984 to 1987 with four plays, and from 2013 to 2016 with three more plays. 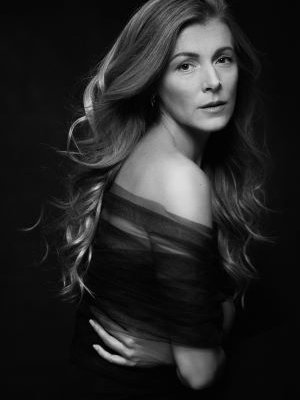 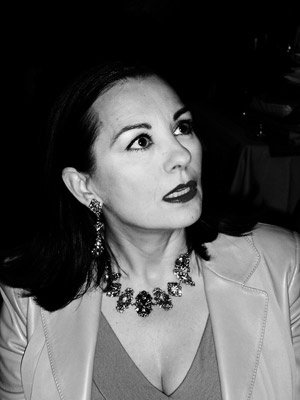 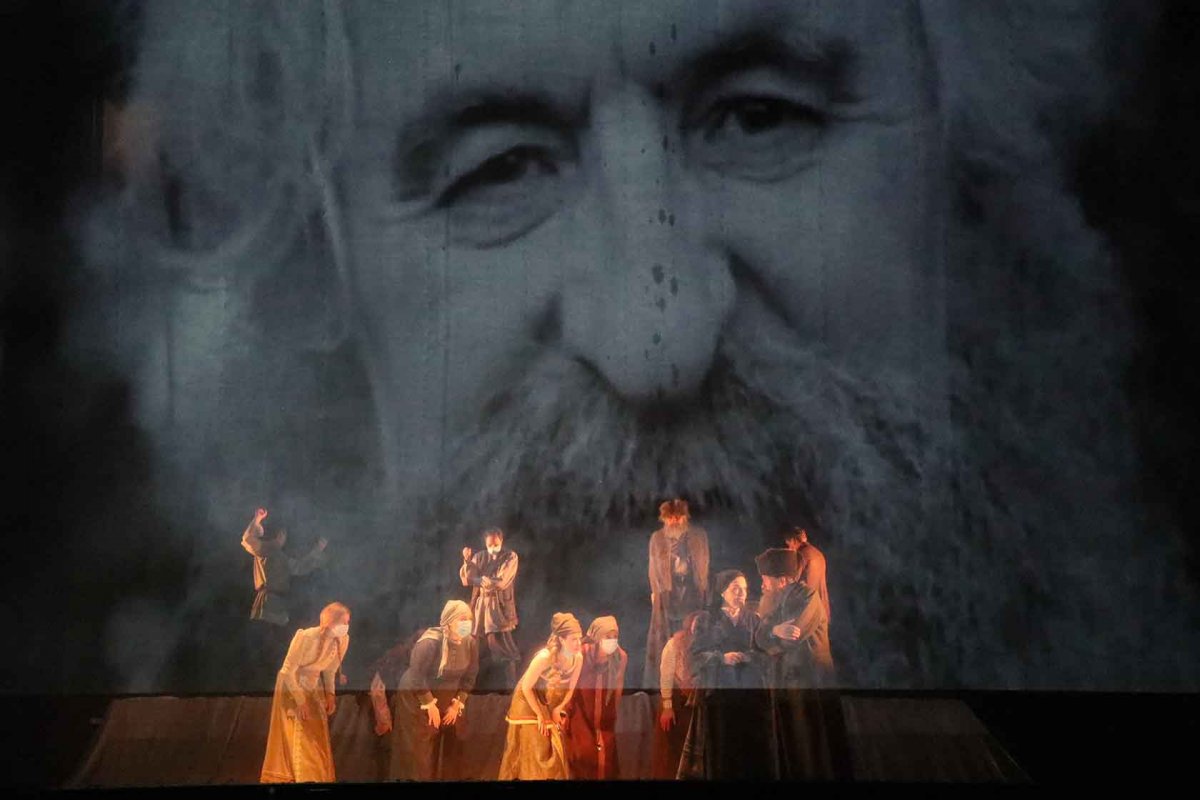 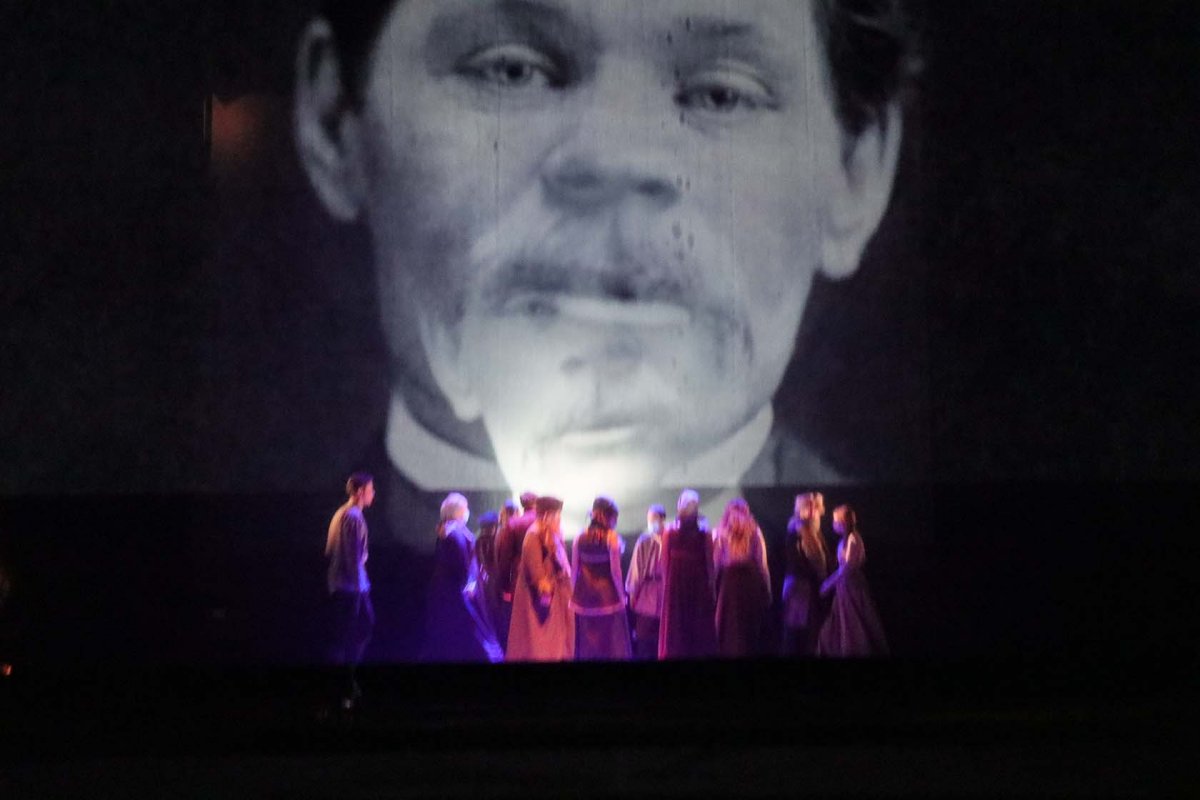 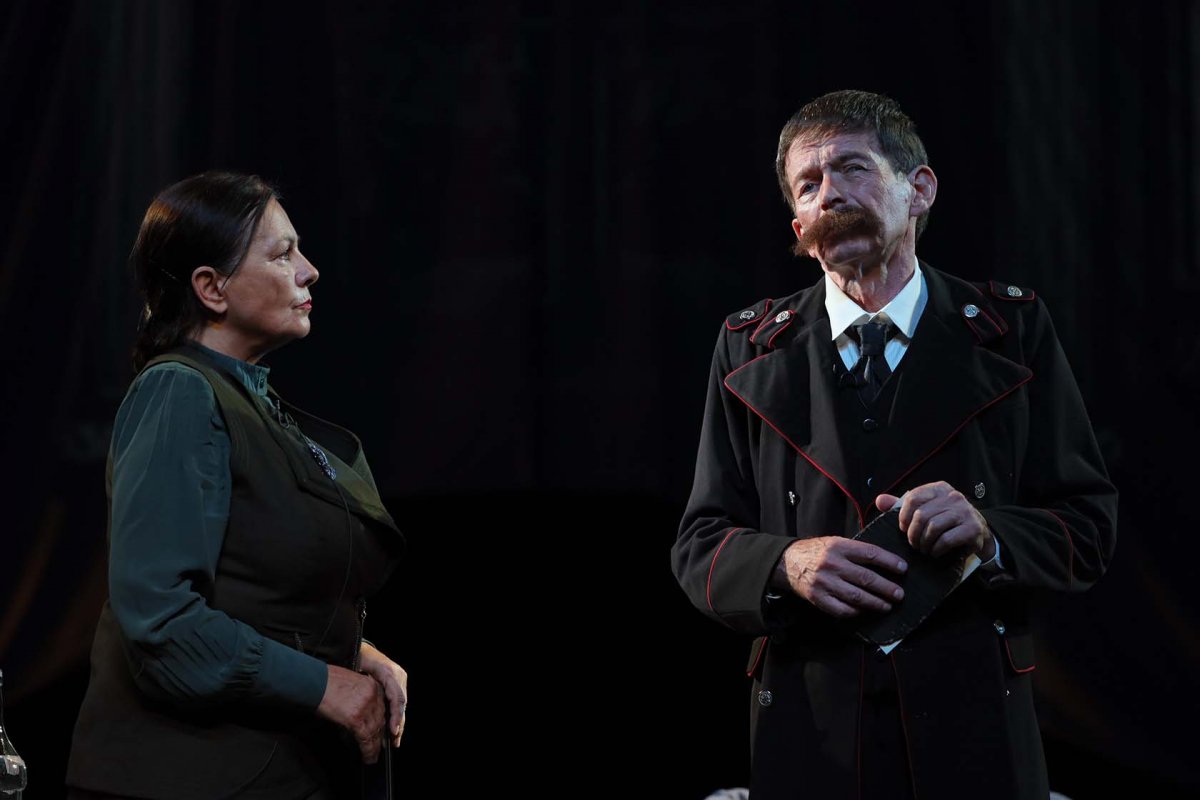 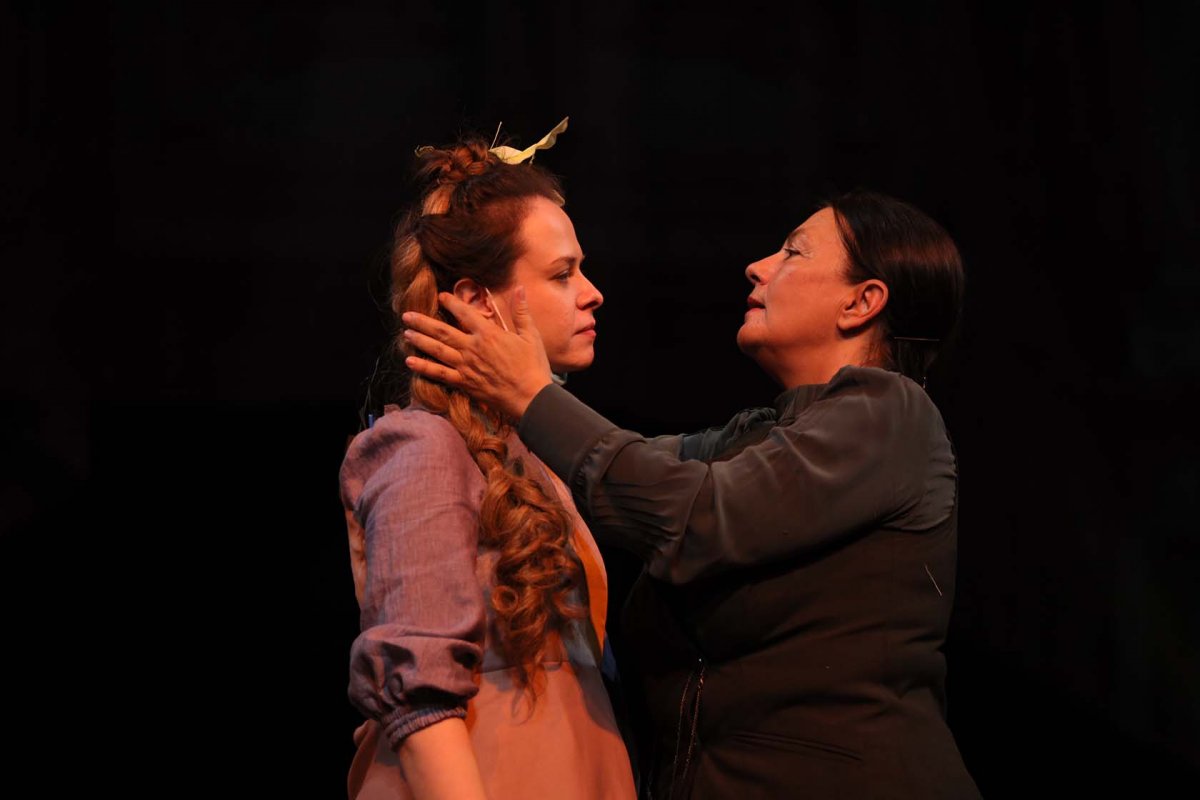 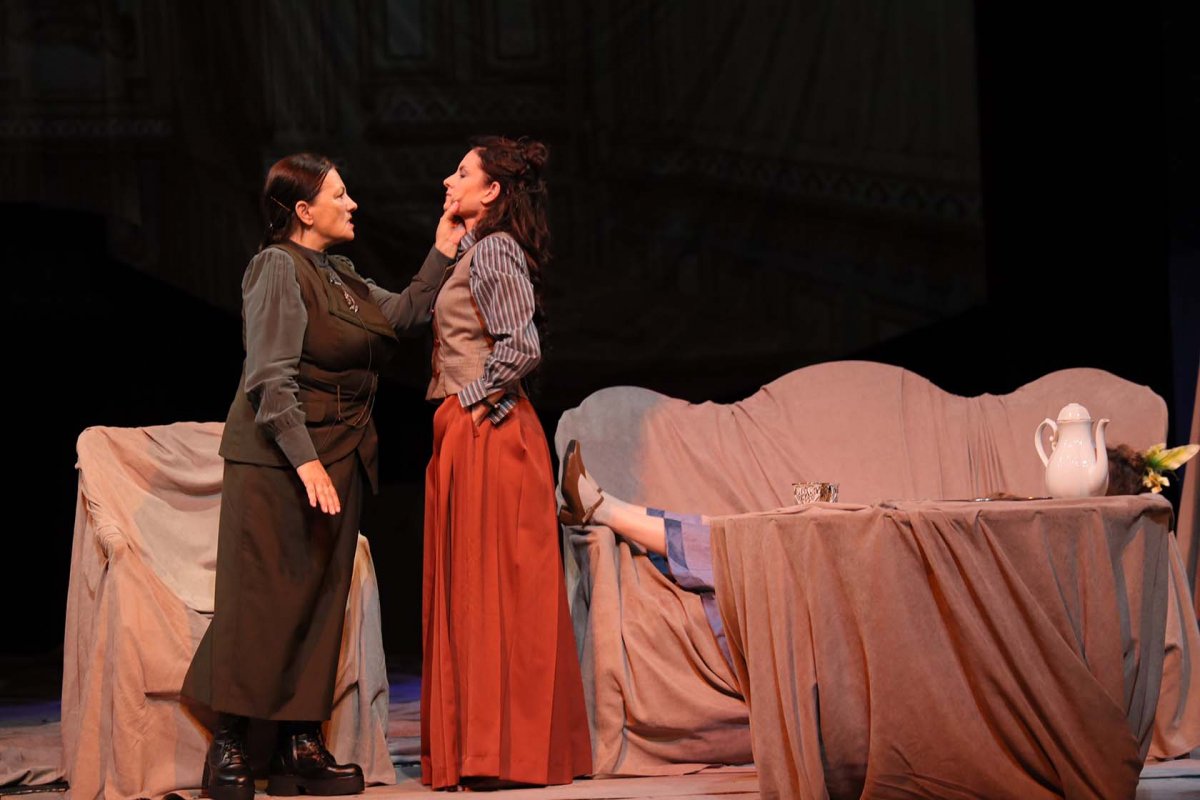 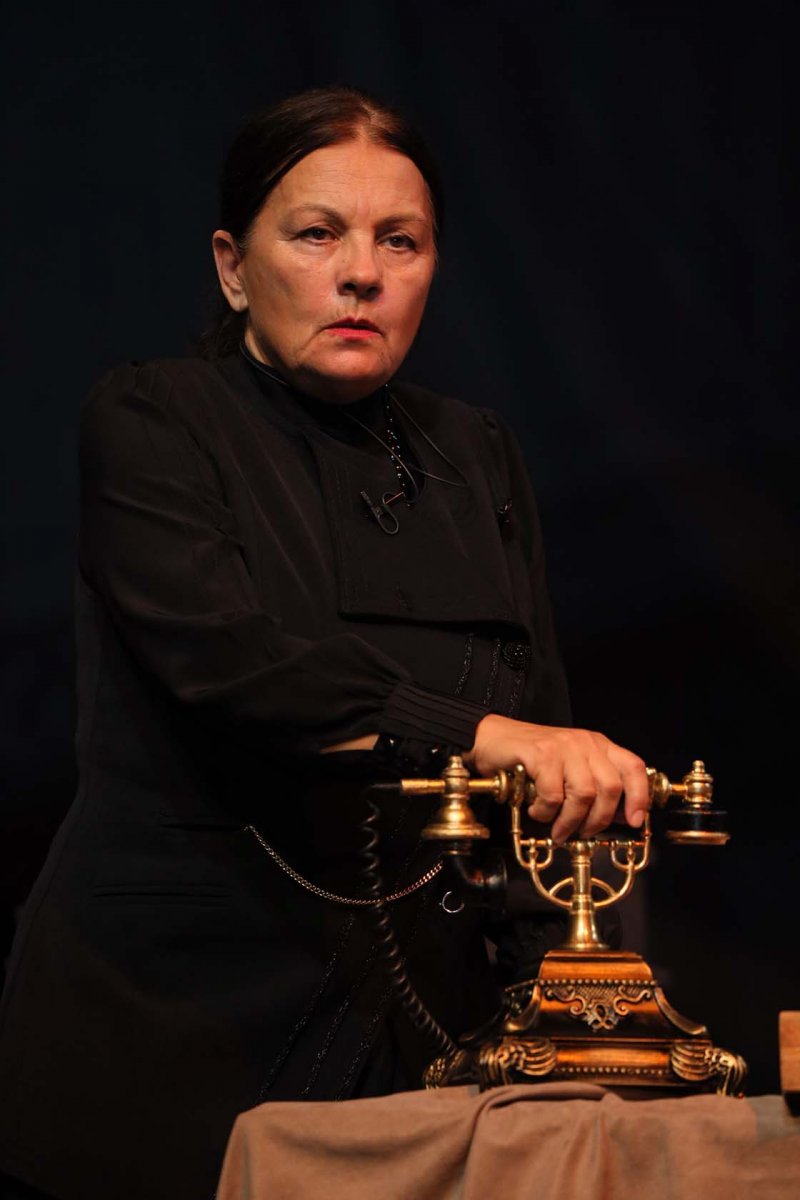 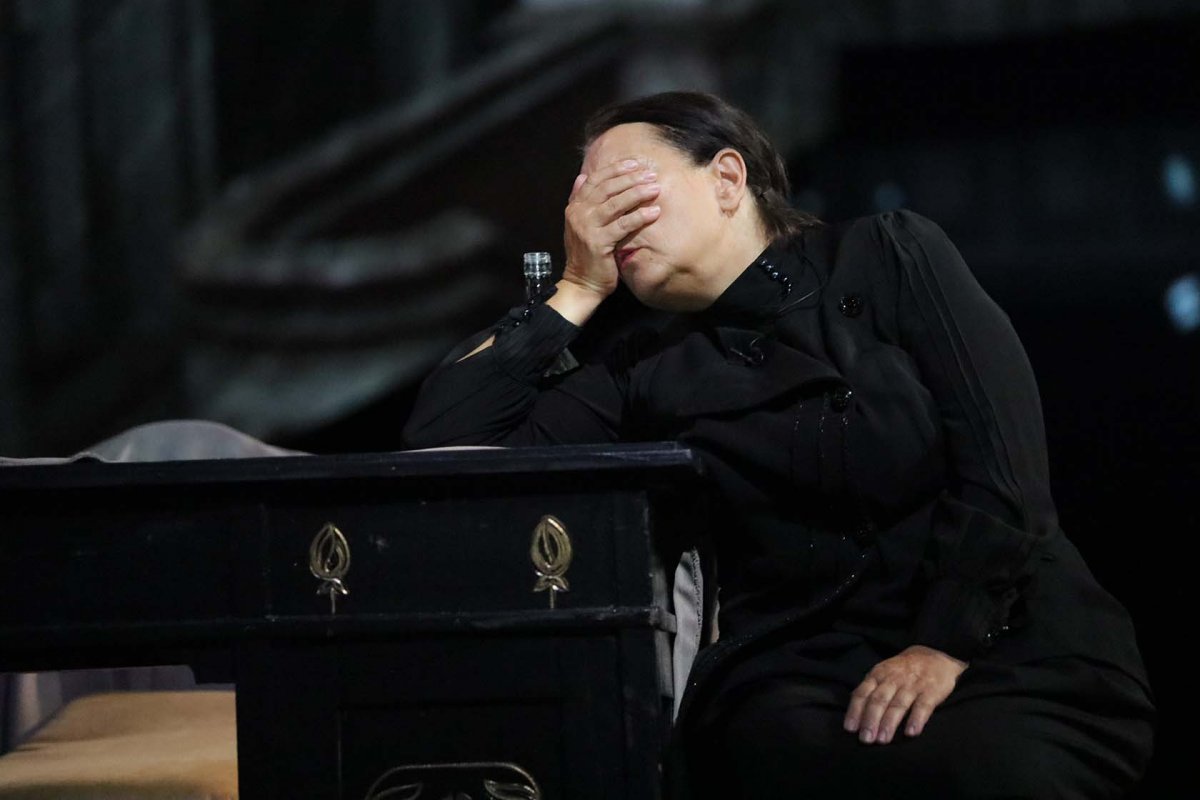 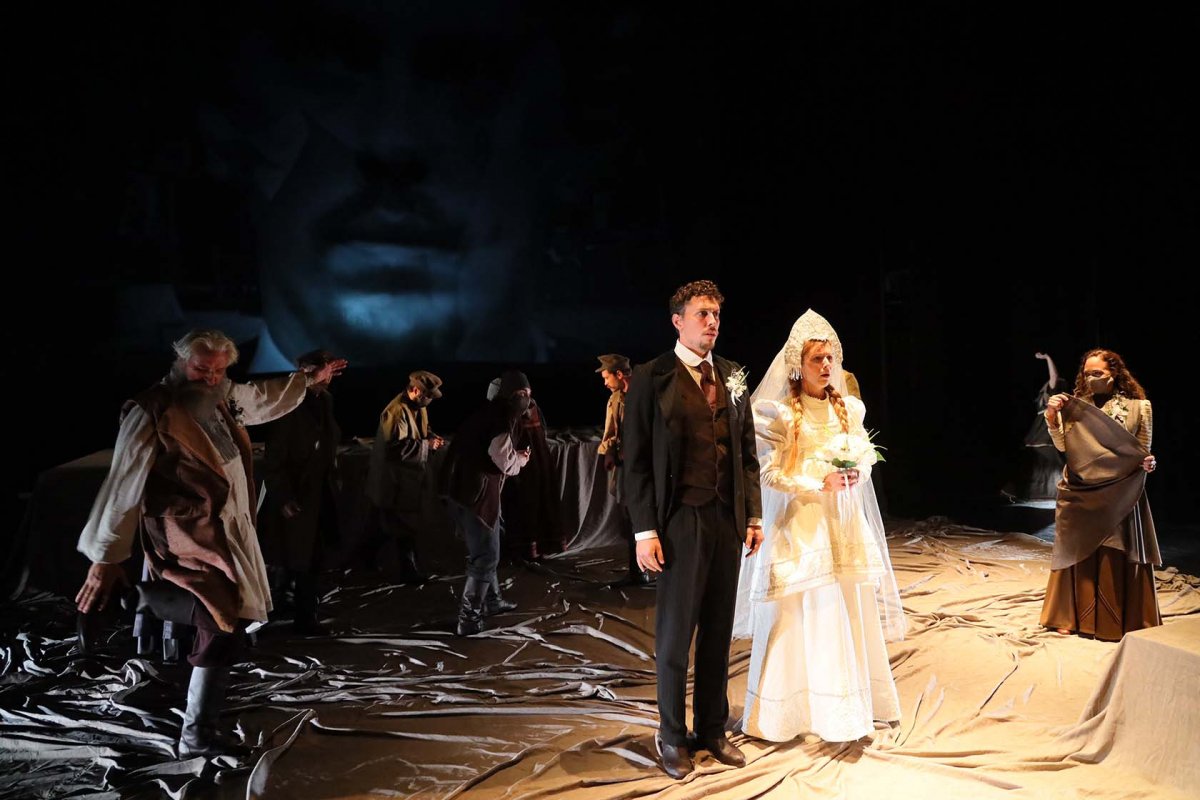 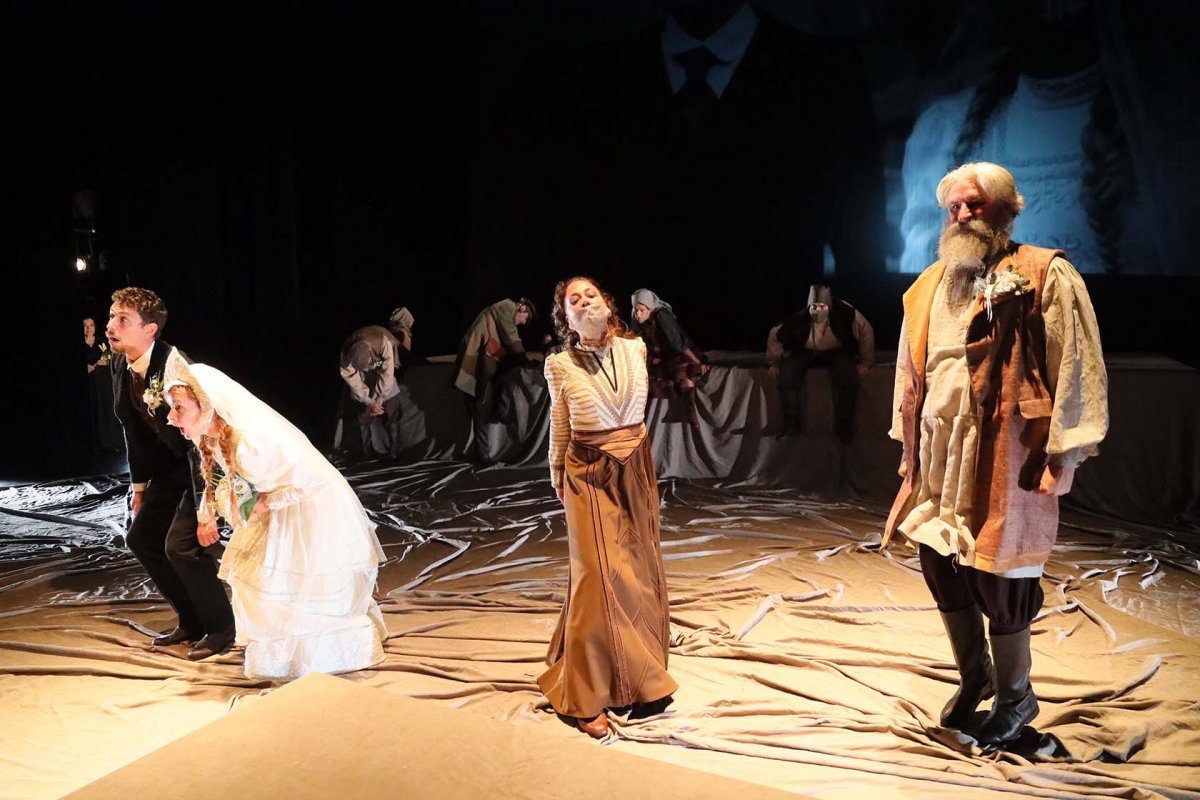 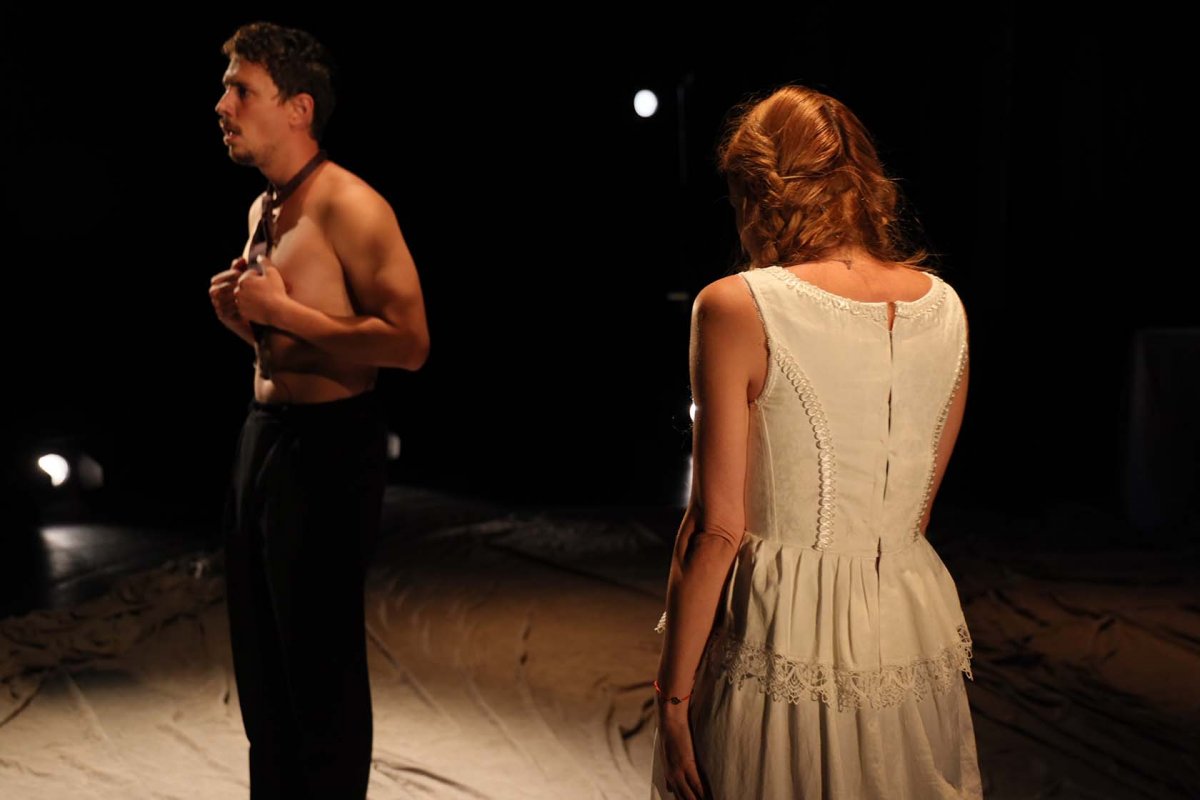 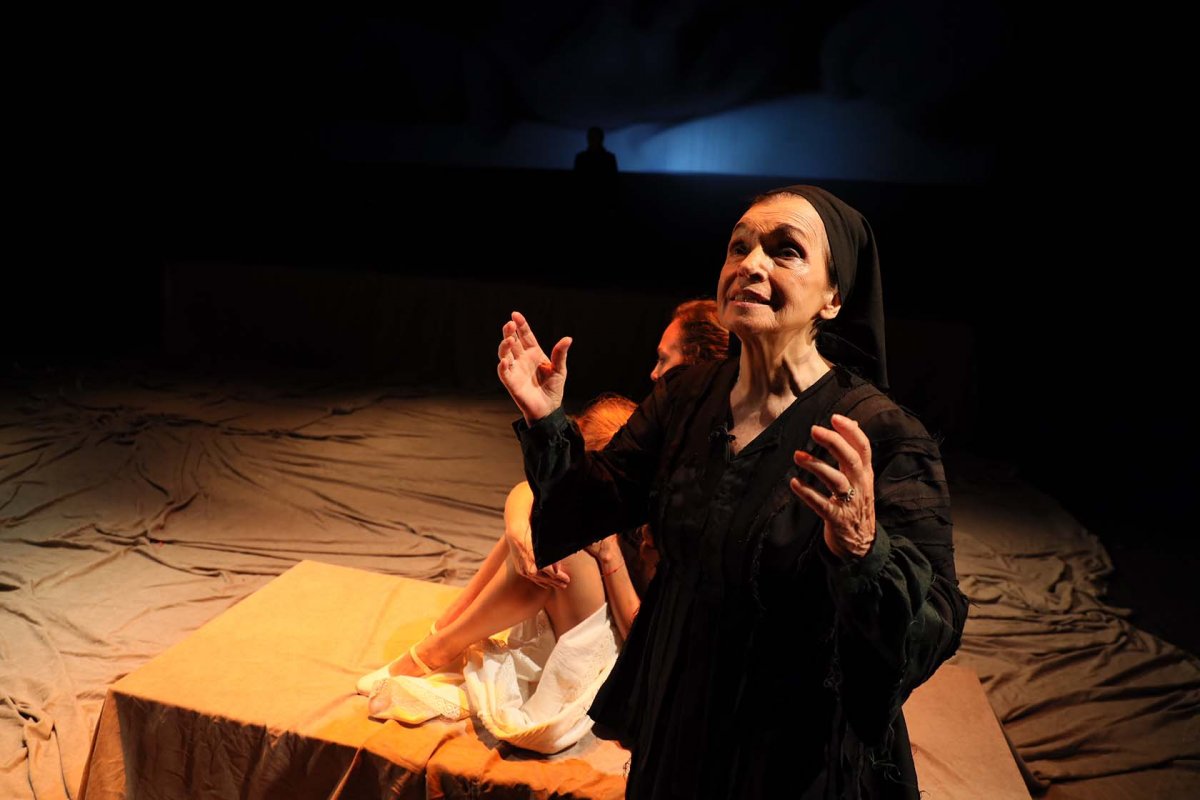 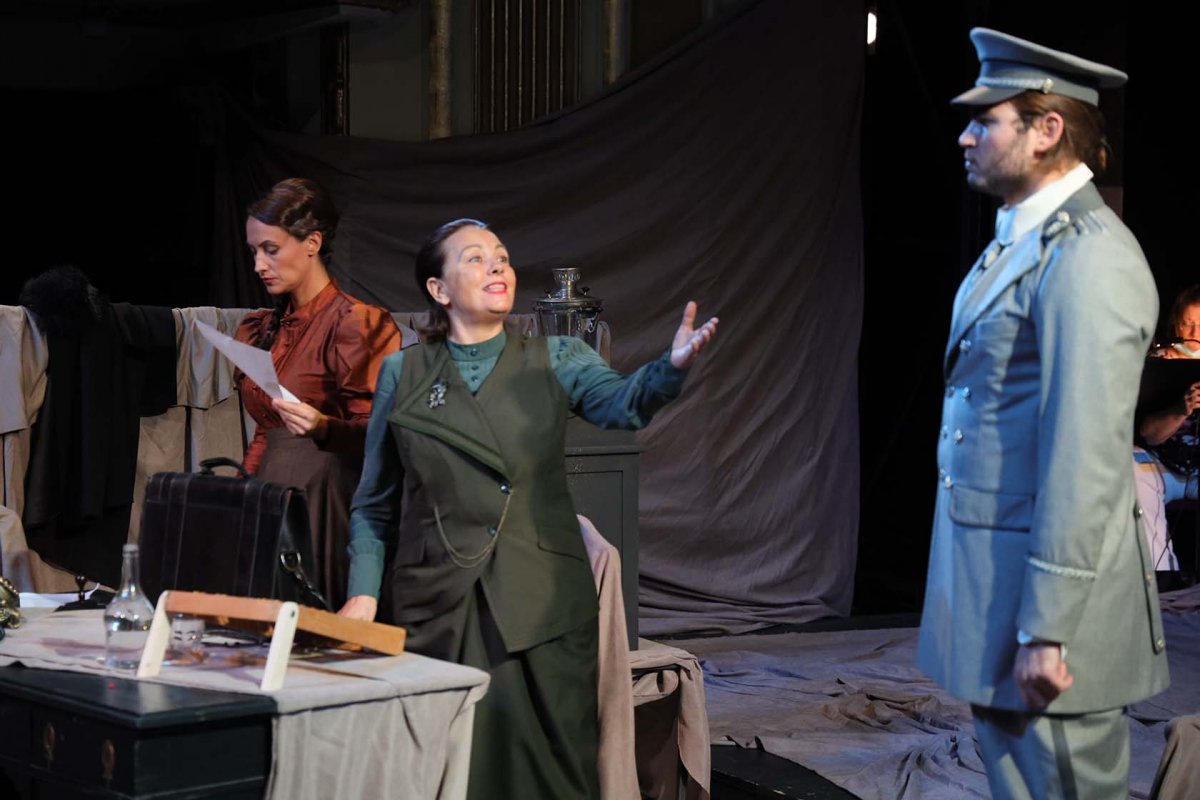 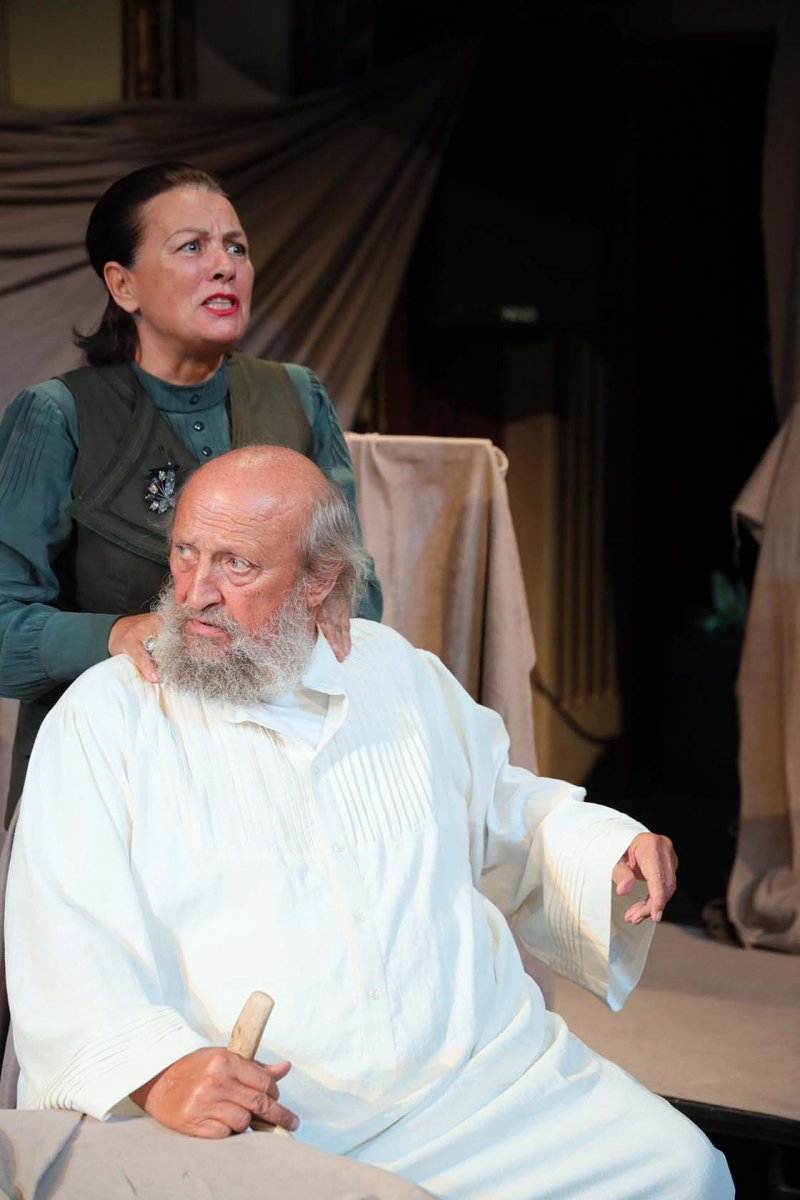 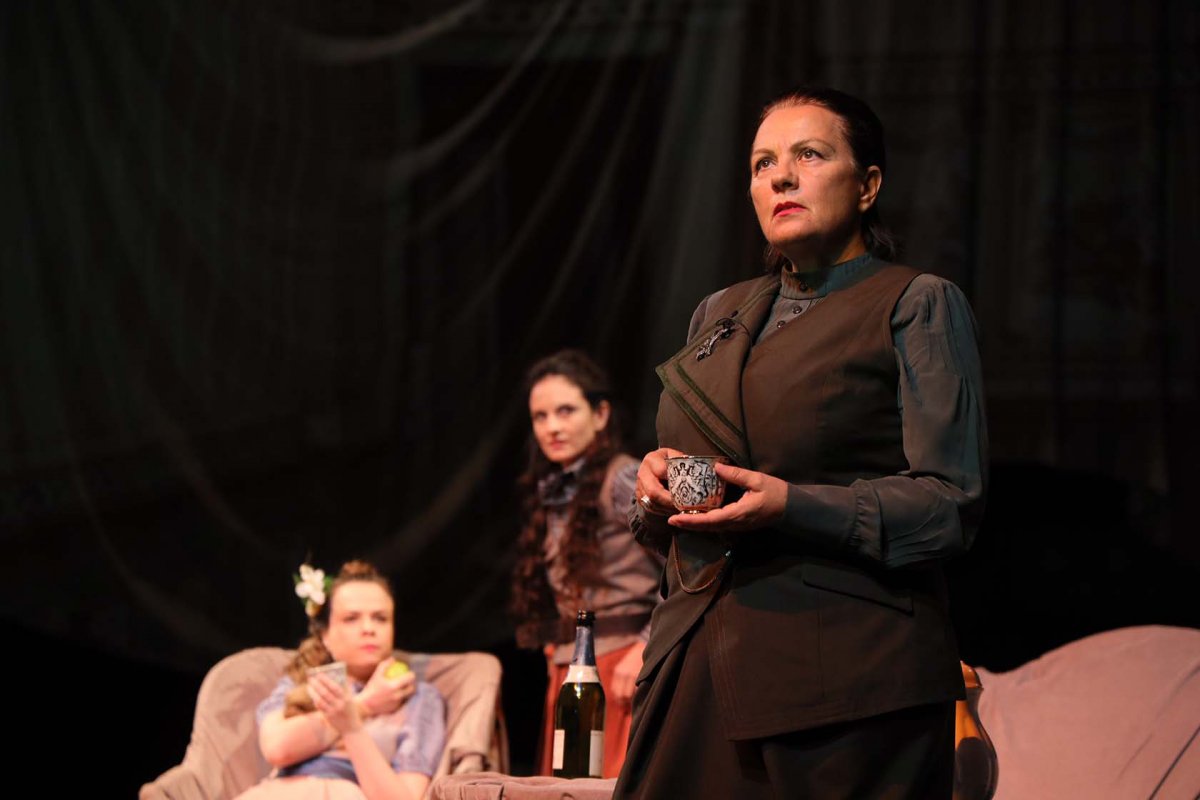 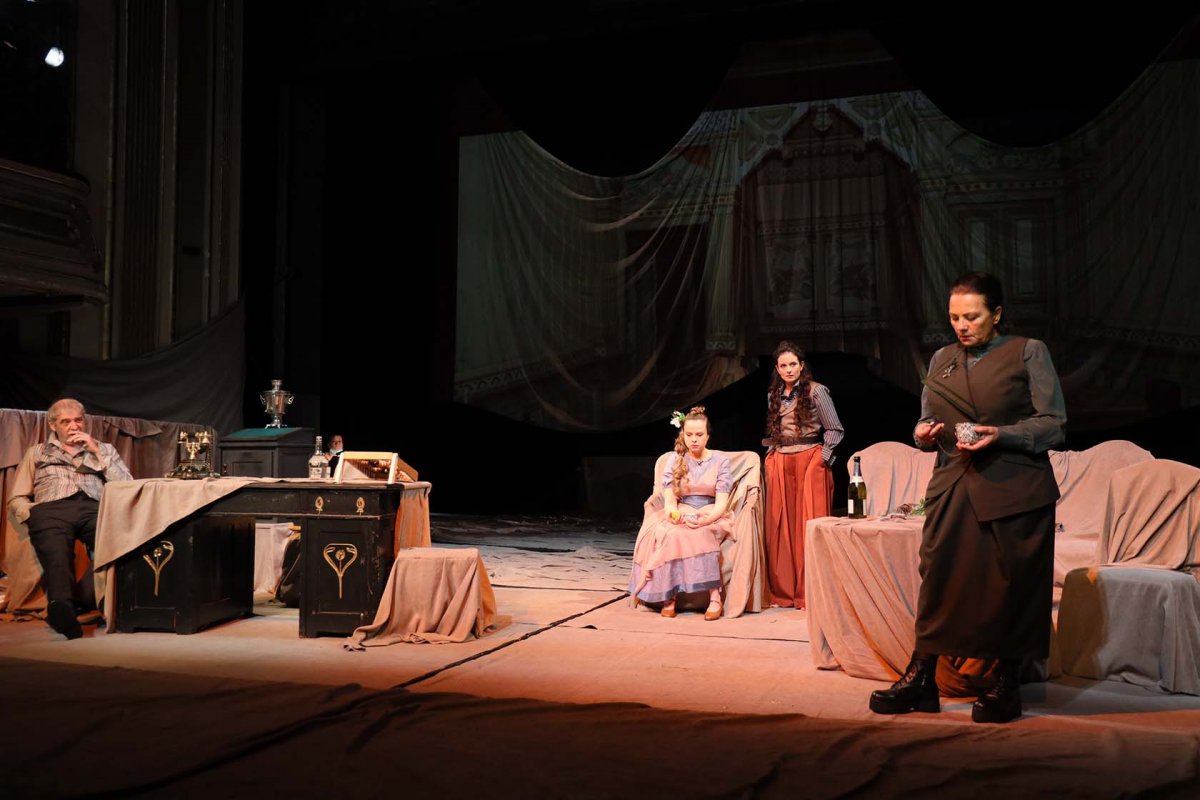 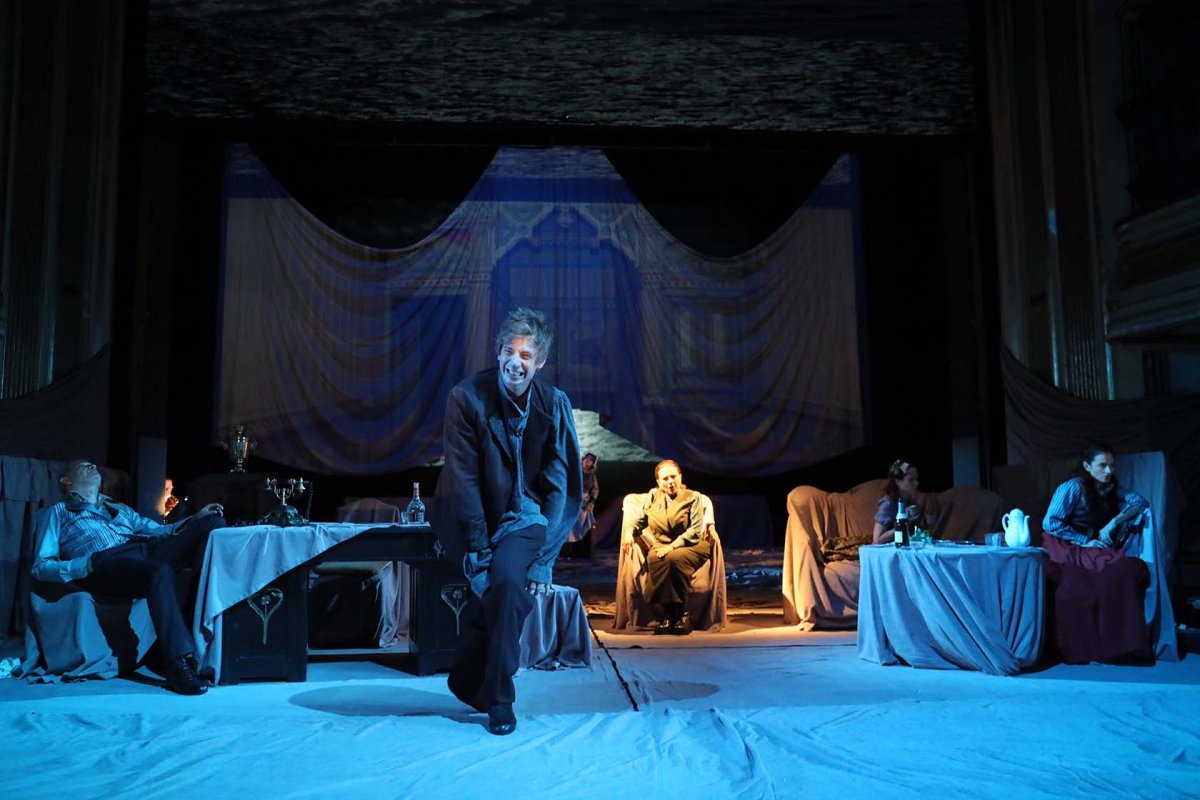 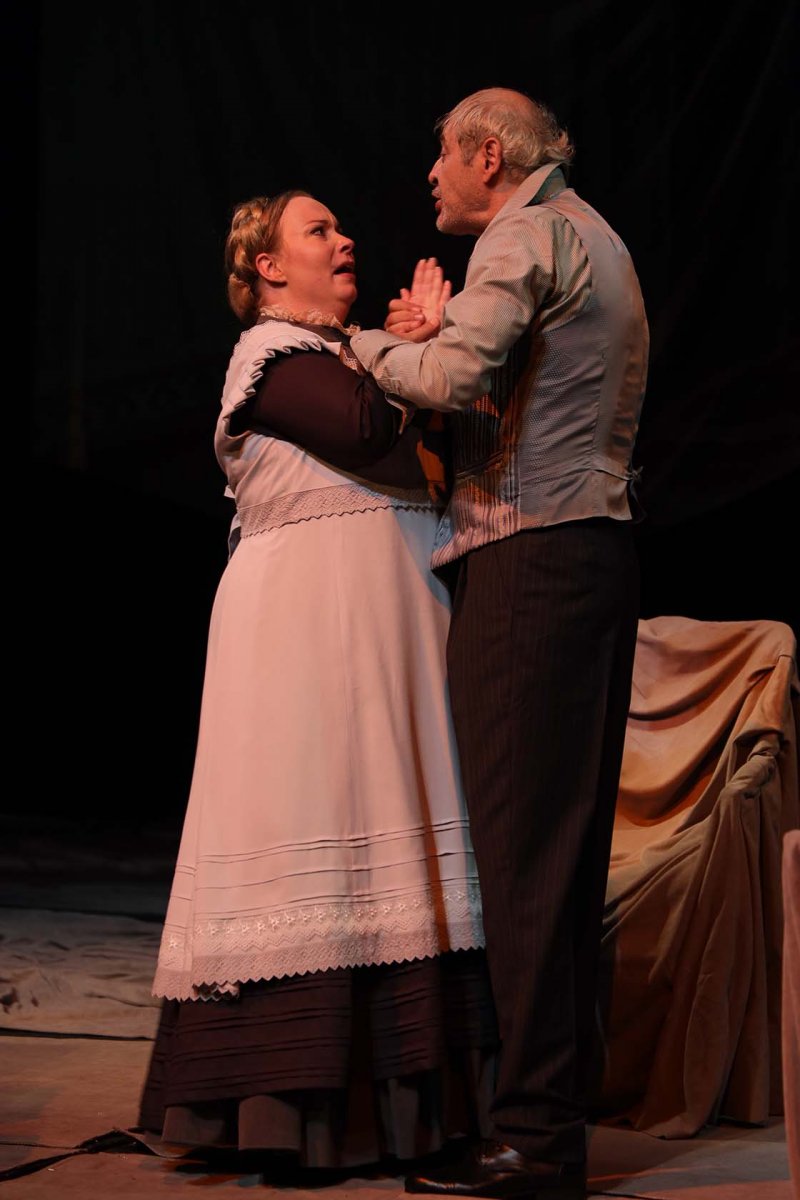 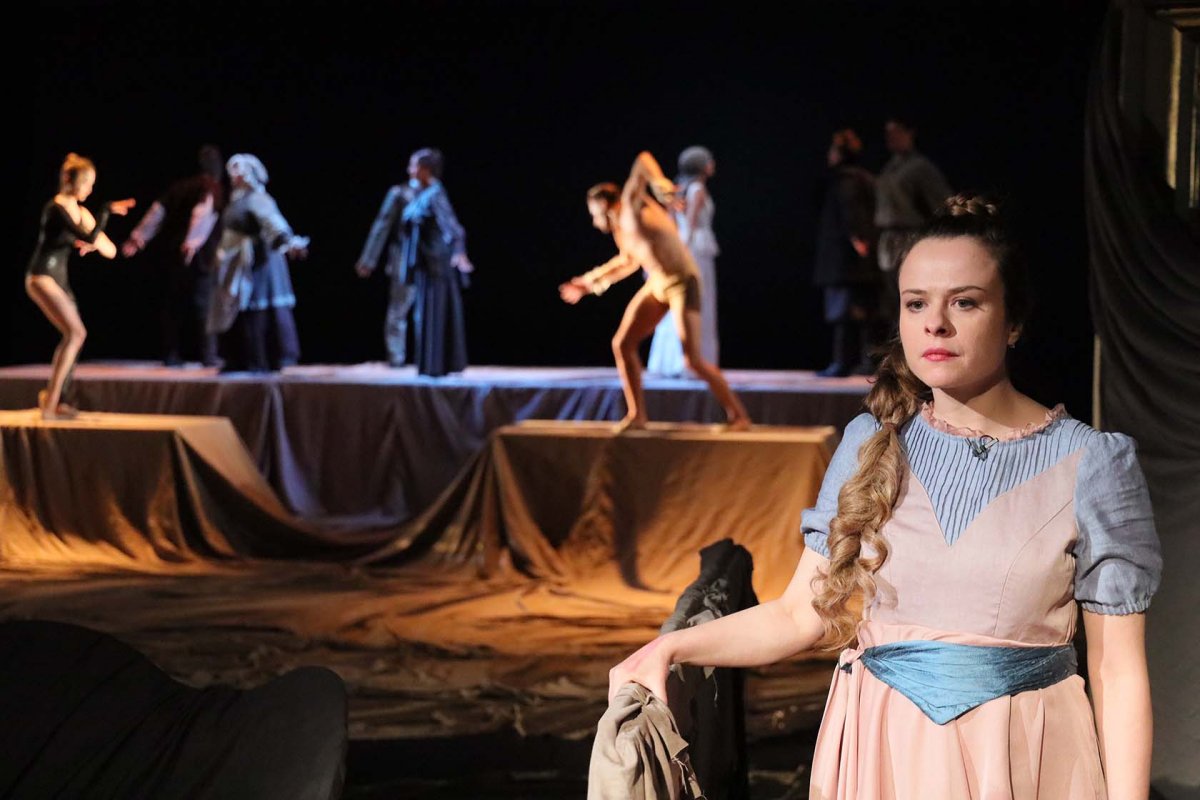 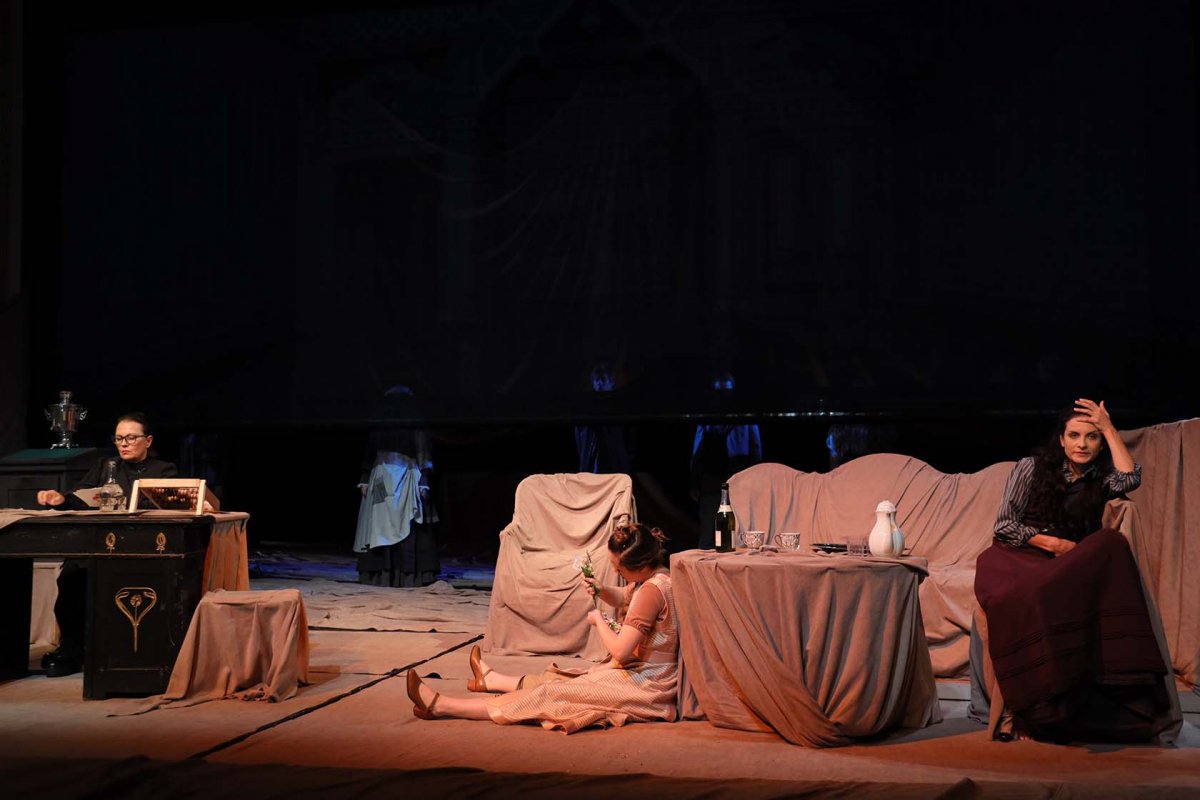 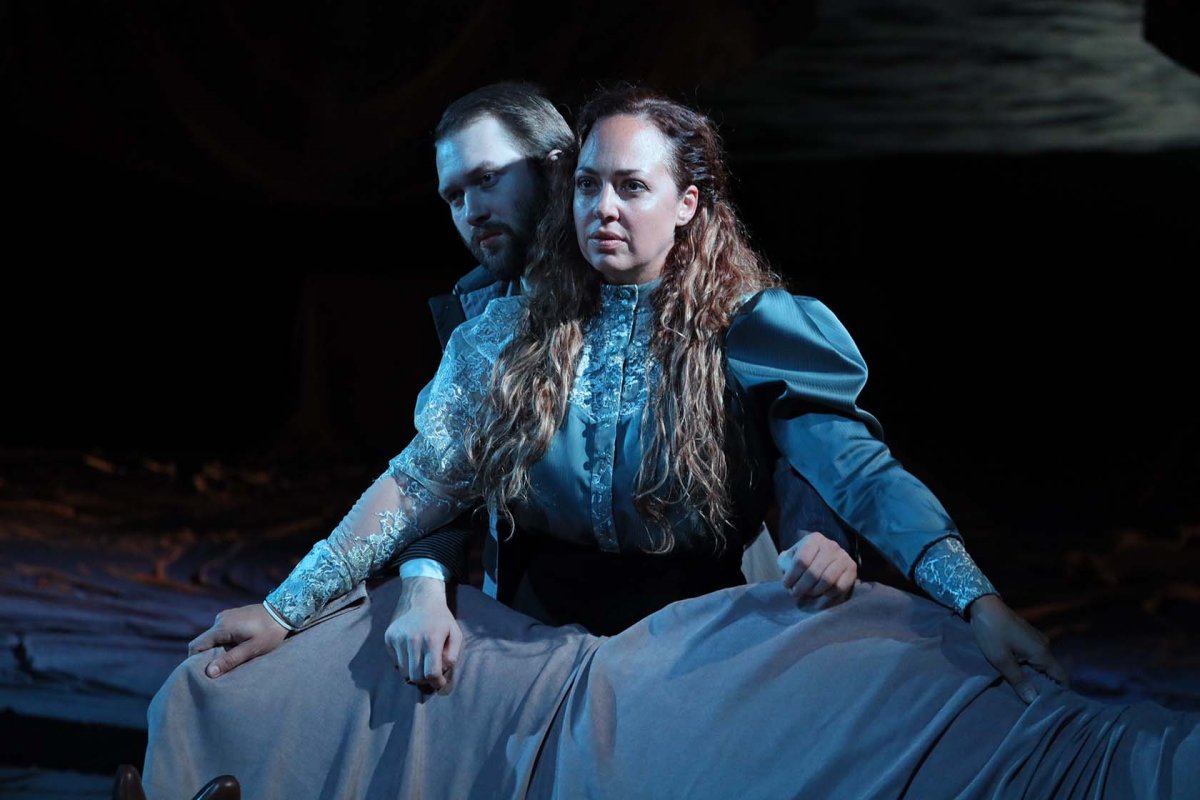 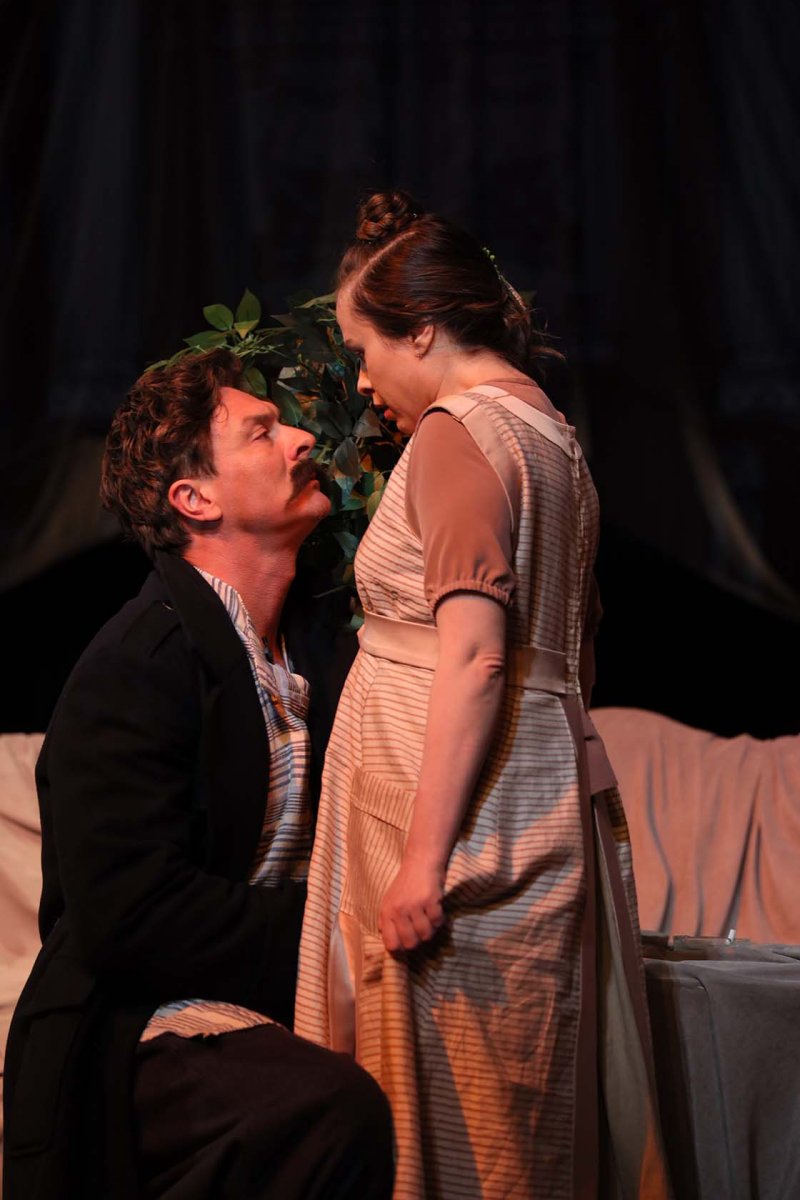 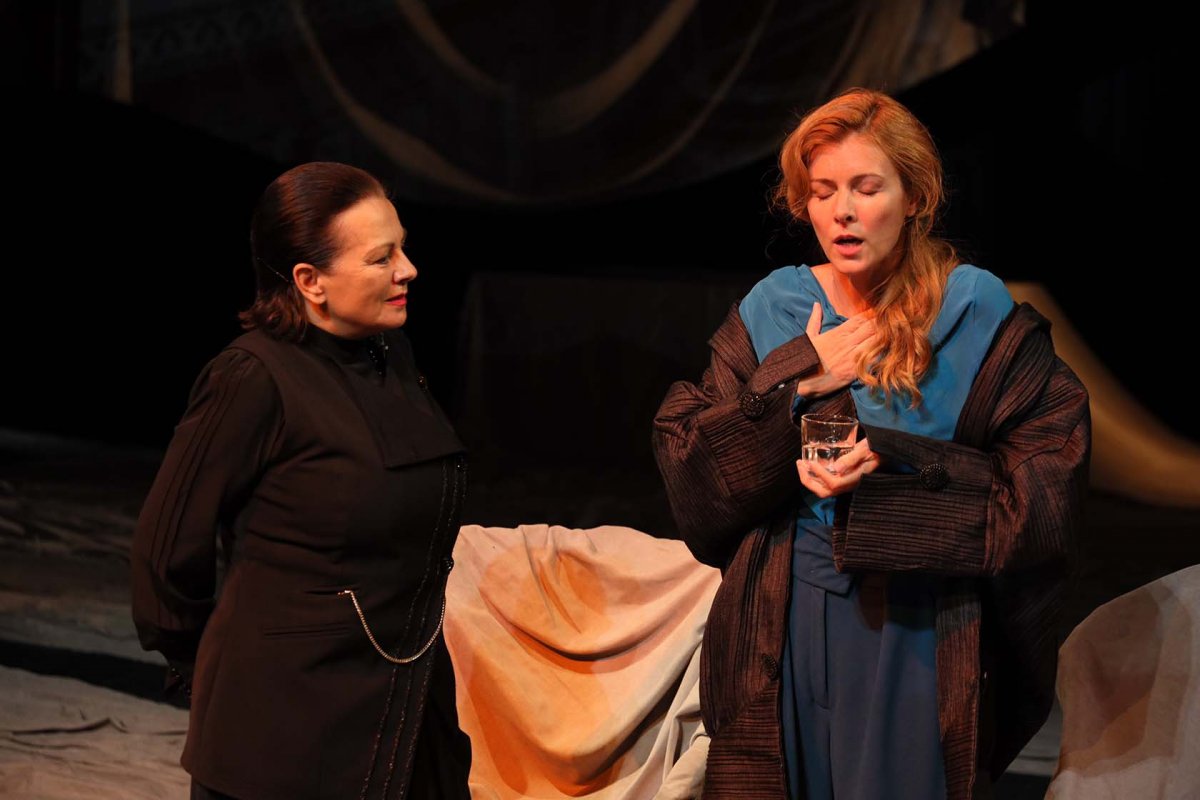 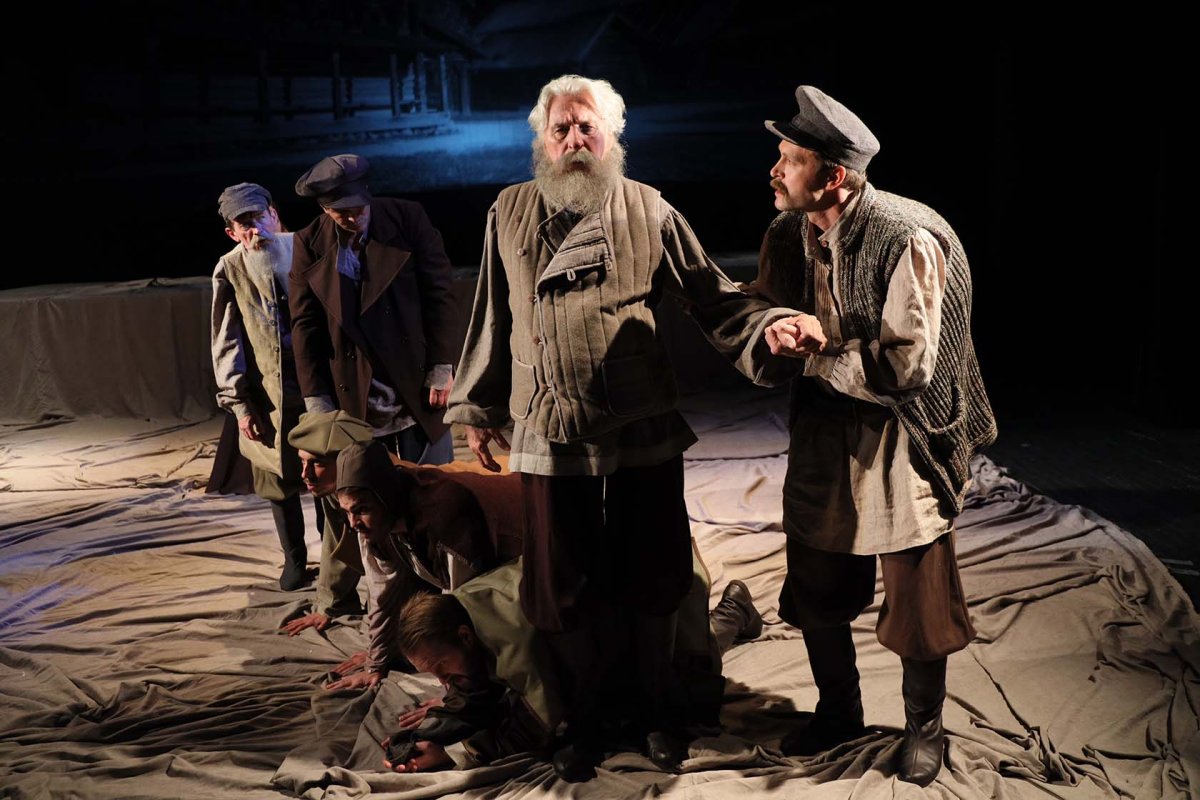 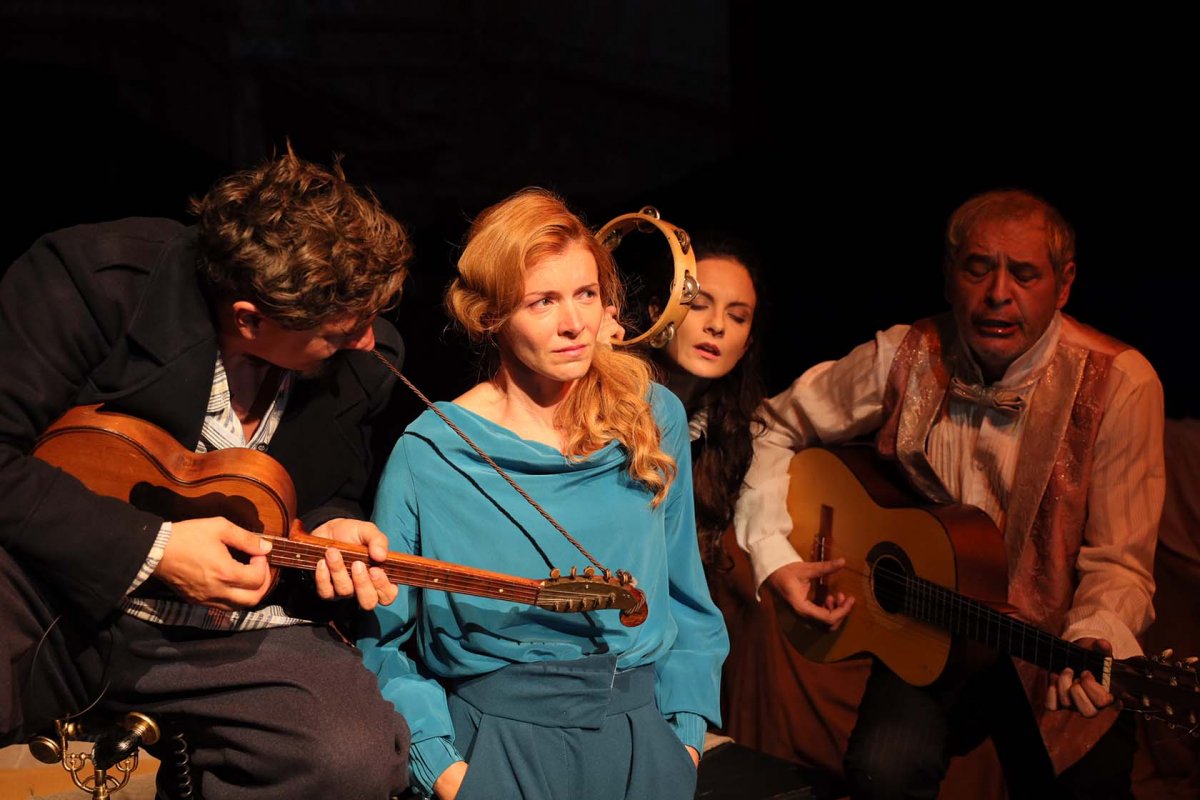 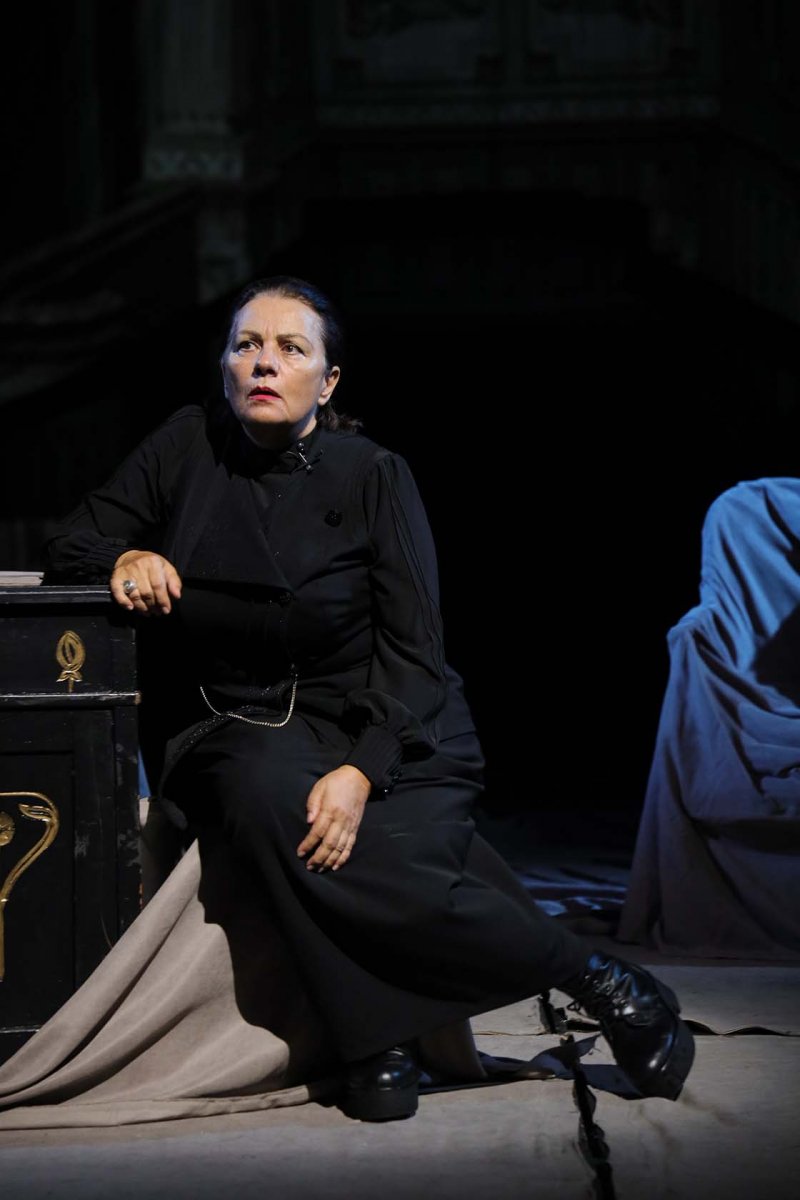 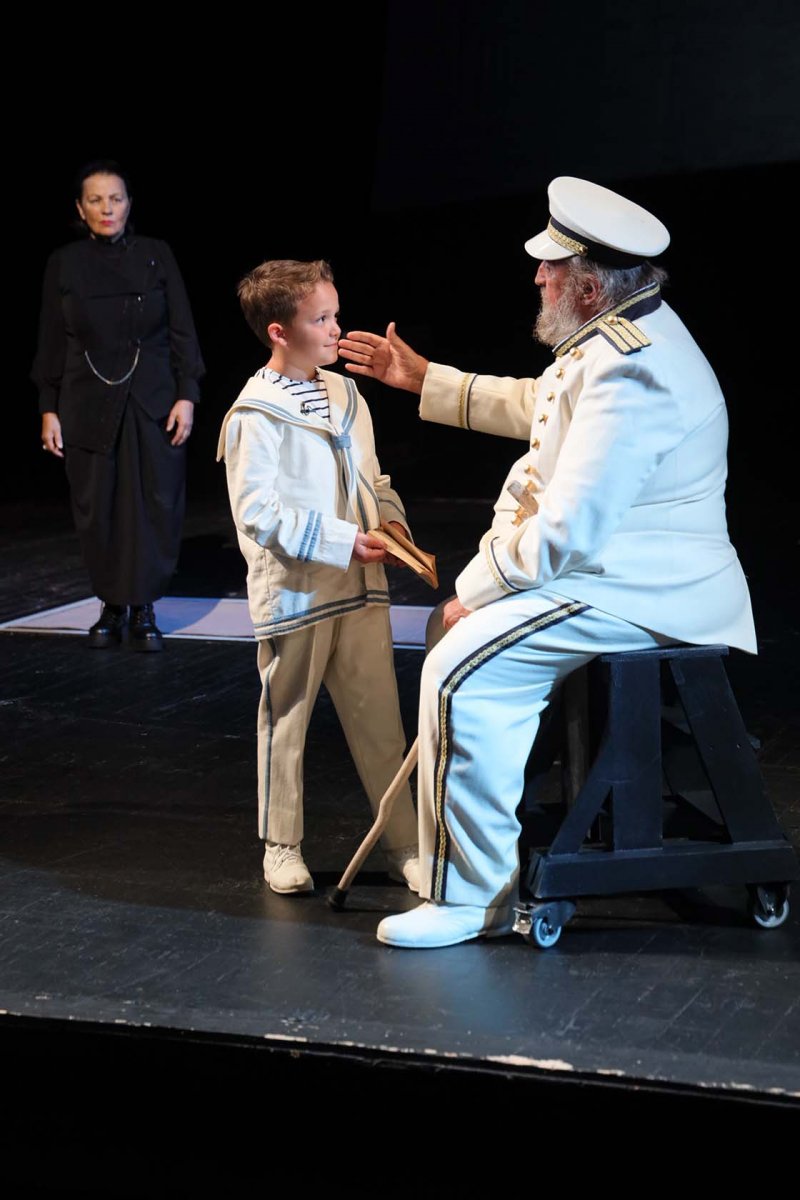