based on the novel by Leo N. Tolstoy 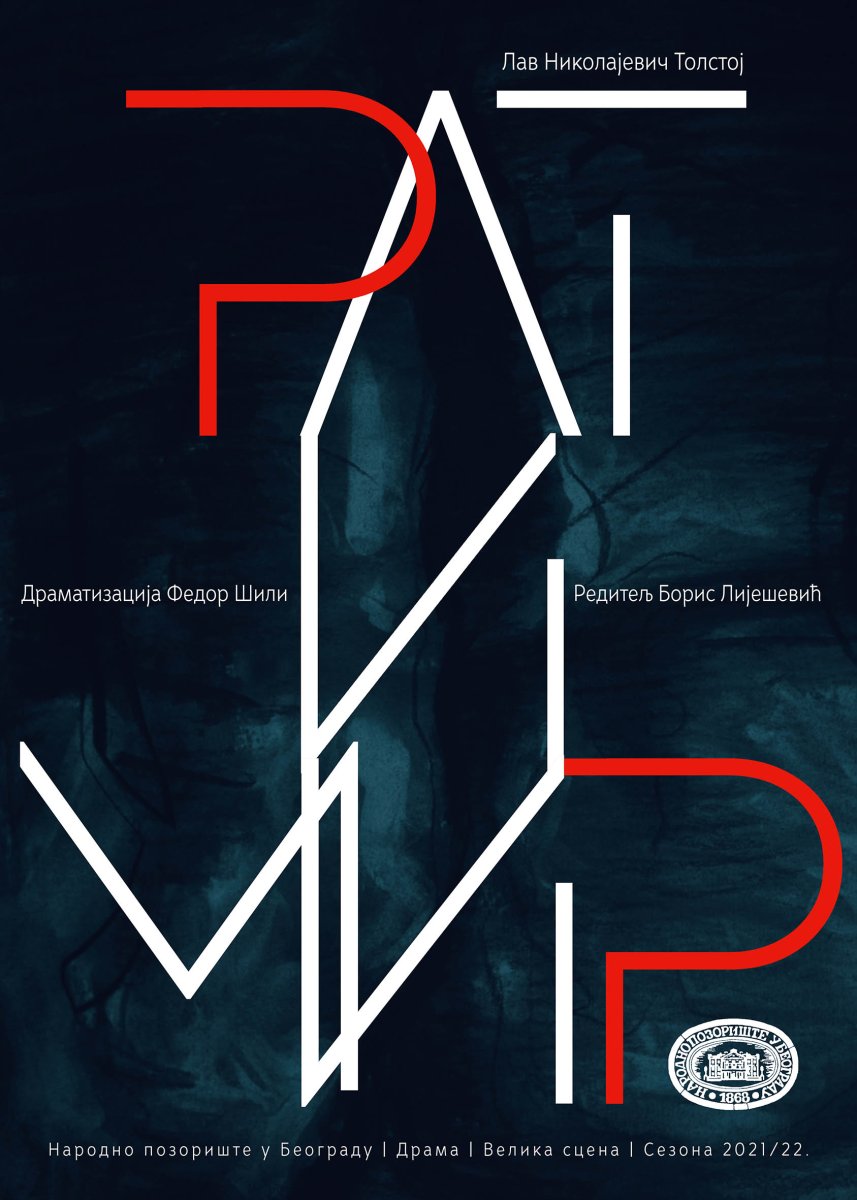 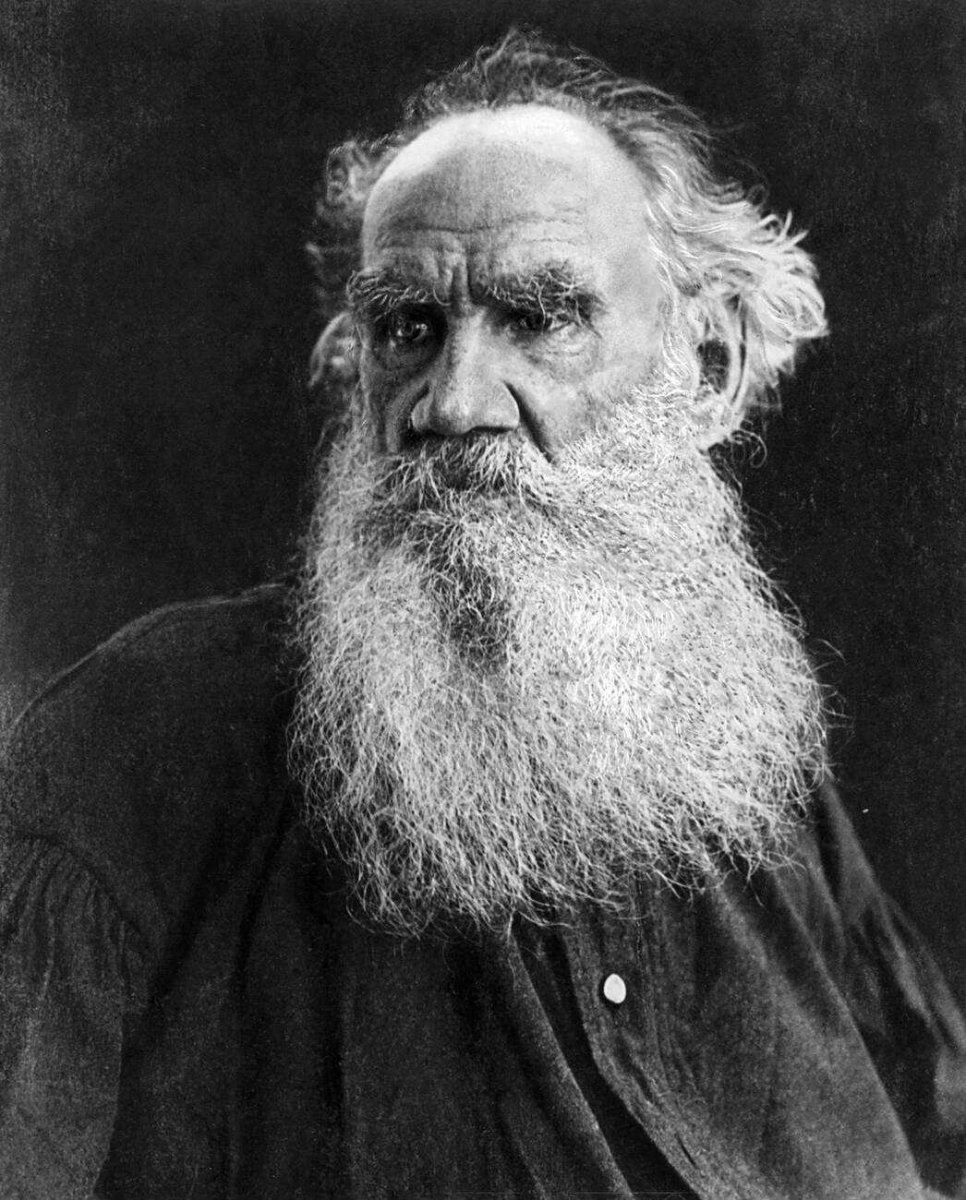 LEO NIKOLAYEVICH TOLSTOY, writer, philosopher and educator, was born on September 9, 1829 in     Yasnaya Polyana, Tula Governorate, in a rich aristocratic family. He held the title of count and was a boy when his parents passed away. He enrolled at the University of Khazan, but soon dropped out. At the age of 22, he joined the imperial army in the Caucasus together with his brother. He began writing the trilogy  Childhood, Boyhood, and Youth. Due to his merits in the Crimean War (1853-1856) and the battle for the liberation of Sevastopol, he received a medal for exceptional bravery. After the end of the war, he went to St. Petersburg and published “Sevastopol Sketches” in the magazine “Contemporary”. His exceptional writing talent was immediately noticed. His further development of literary talent was influenced by his trip to Europe, where he met Victor Hugo, the author of the novel “The Miserables” and the philosopher Pierre Joseph Proudhon. “If I mention the conversation with Proudhon, it is to show that in my personal experience, he was the only person who understood the importance of education and printing in our time,” Tolstoy said of Proudhon. Inspired by the experiences from Europe, upon his return to Yasnaya Polyana, he founded thirteen schools for the children of Russian peasants and presented his vision of education in the essay “Schools in Yasnaya Polyana”. The Imperial Secret Police disapproved of his views on education and schools were soon closed. He published his first masterpiece, the novel “War and Peace”, in parts in the period from 1863 to 1869. This work is considered one of the greatest novels in world classics ever written. Tolstoy’s second masterpiece is “Anna Karenina”, a novel published in 1878. After this novel, Tolstoy turned to Christian themes, emphasizing the ethical idea of ​​Christianity, which he understood as the basis of the universal brotherhood of people. From 1862, he was married to Sofia Andreyevna and had thirteen children. Many world writers admired Tolstoy’s work, and Virginia Woolf called him the greatest novelist of all time. In a poll conducted by The Top 10, 125 American and British contemporary writers named Tolstoy the best writer of the past two centuries. During onewinter night, he left home and headed to the train station in Astapovo. He died there due to pneumonia on November 20, 1910.

A NOTE BY THE DRAMATURGE

Romain Rolland wrote the following about “War and Peace” – “This work, like life itself, has no beginning, no end. It is life itself in its eternal movement”.
And the truth is that Tolstoy’s novel has no beginning and no end in a conventional sense.
The first chapter takes us to the salon of Anna Pavlovna Scherer, where St. Petersburg aristocracy and intelligentsia gather. Along with vivid discussion about Napoleon, Tsar Alexander, Austria, Prussia, the coming war, deals are also made through the royal family, marriages of convenience arranged, while all eyes are on the best dressed person in the salon. No introduction, no explanation, or any special indication is made as to which of the characters present will be the main ones, who are to be the secondary ones, and whose only appearance in the novel is in this chapter. Thus, the narrative end (the very end of War and Peace is actually a longer essay on Tolstoy’s understanding of history) instead of concluding the plot, introduces a new topic, a new event: the beginning of the Decembrist Revolt in Russia in 1825.
It is interesting to see why War and Peace ends like this. Tolstoy actually wanted to write a novel about the Decembrist Revolt, but in his research he realized that the roots of that event lie in the Napoleonic wars that were fought from 1803 to 1815. Therefore, War and Peace was written almost as an introduction to what Tolstoy was really interested in – but, alas, in the end, Tolstoy never wrote a book about the Decembrists.
And yet, what is the main idea of War and Peace? The main idea, it seems to me, is the search. The protagonists of the novel are in constant search, looking for God, love, glory, happiness, the meaning of life ... Pierre Bezukhov wonders: “What is the purpose of our life? Why are we in this world? What are people and humanity supposed to build and create with their lives?” I think that is the main question that Tolstoy raises, the main theme of the book – and accordingly, the main theme of this dramatisation and performance.

A WORD BY THE DIRECTOR

Tumultuous sea called Mankind and History is like nature itself – at one point it seems peaceful as if nothing can disturb that peace, and yet the storm that will change everything is on the horizon; just like the sea when it becomes restless. And we are but tiny bits, residents of that body of nature. Sometimes we think that we control that body unaware that waves are those that lift us up, throw us down and scatter us all around. We may be the same, but the wave lifts some of us up at one point and we see a leader, a genius, strength, while others get scattered by the same wave only to become victims and losers. That is Tolstoy’s tumultuous sea of history. We see leaders and commanders and initiators and wars, and Tolstoy sees a natural and yet incomprehensible process for us – a sea of history that became restless. The restless sea of Europe – now more turbulent than ever in its recent history. What is happening? The world is changing like at the start of the 19th century when Napoleon brought a new world order in Europe and spoke of a common fatherland – Europe without borders. He left behind millions of dead who refused to accept his kind of freedom. The world was facing “the greatest war that has ever been waged” until then. What is happening? “Do not try to understand”, Tolstoy shouts. “Because you will not be able to”. The same as the animals in a pen do not understand when the farmer chooses one ram and feeds him better than others. Other animals think that ram is a genius and a leader. And then they are dumbfounded and scared when that same ram gets slaughtered and eaten first. They wonder what happened, what he did wrong. This logic is beyond us. The only thing that we can understand is that we are mere tools in the hands of history. That history is guided by inevitable events. How can one direct War and Peace? The same as Kutuzov led the Battle of Borodino, by understanding the circumstances that surround us and realising that the process is run by chance and inevitabilities that should be constantly recognized, while always bearing in mind that we are mere bits in that large organism of War and Peace. As Peter Brook says, nothing is more important in a play than the people who participate in it. 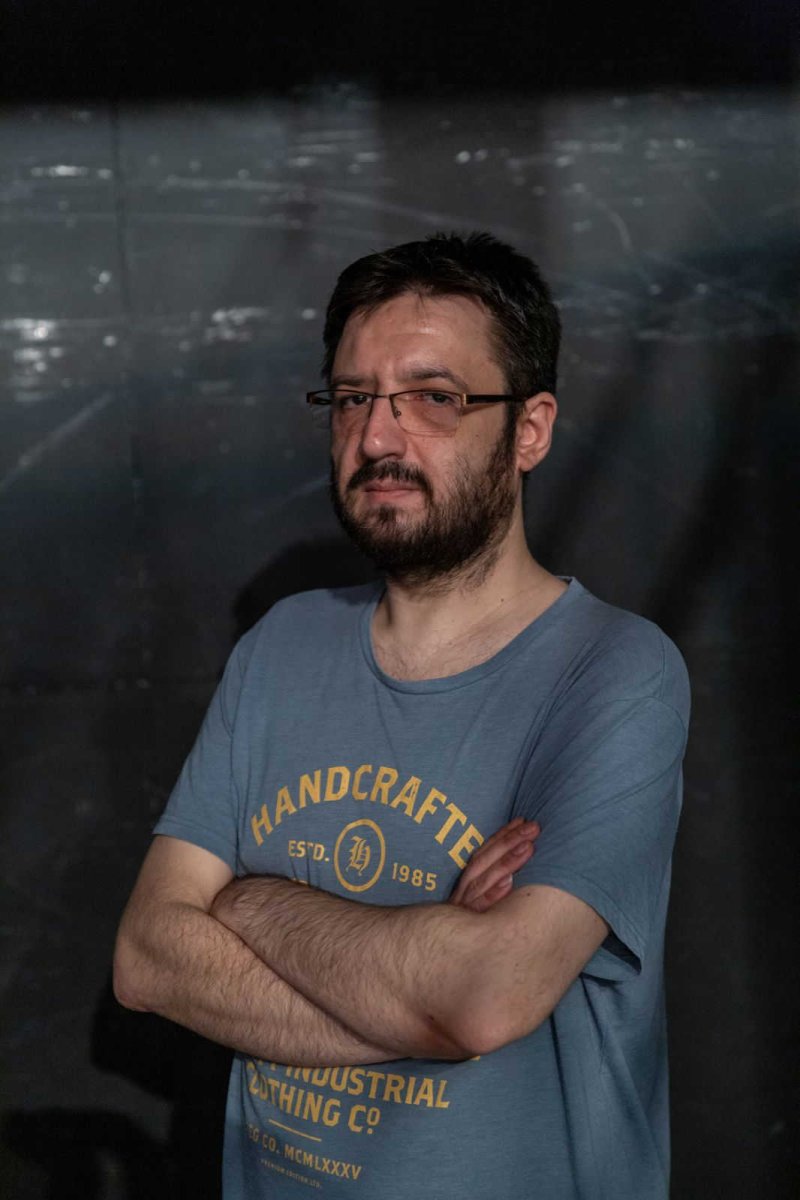 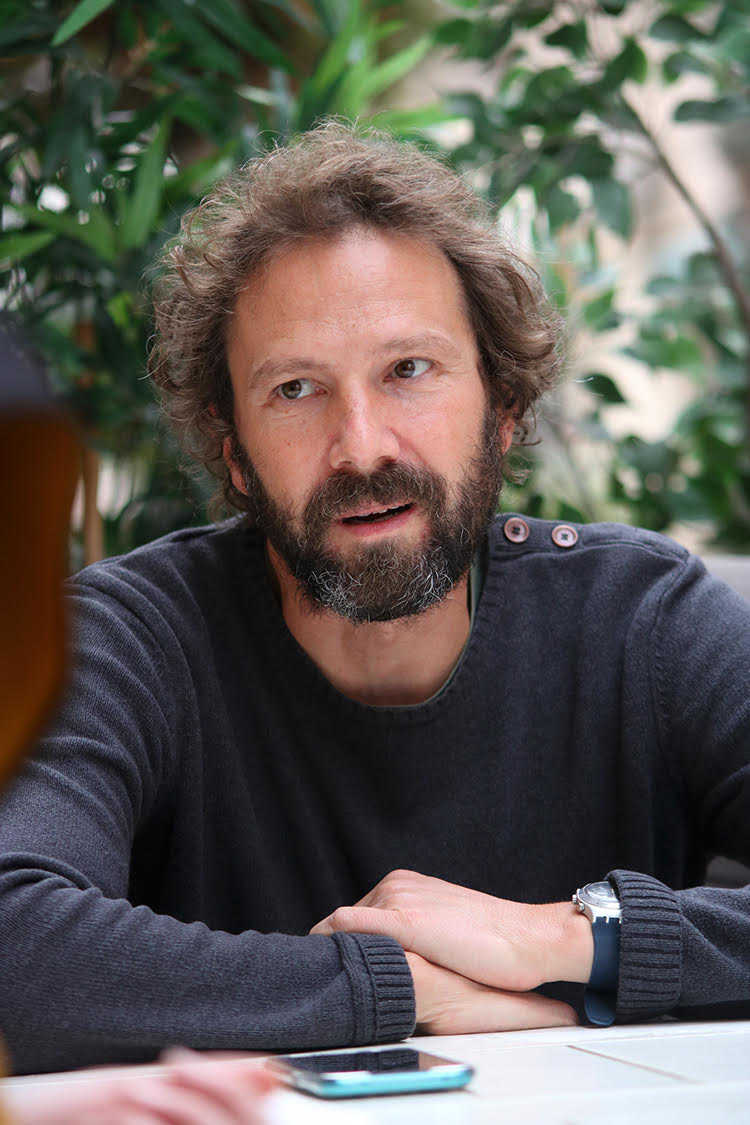 Born in 1976 in Belgrade; he grew up in Budva, where he finished elementary school and grammar school. He graduated from the Department of Serbian Literature and Language at the Faculty of Philosophy in Novi Sad. In 2004, he graduated from the Directing Department at the Academy of Arts in Novi Sad, where he still teaches Acting as an associate professor.
He was a triple scholarship holder of the Goethe Institute in Belgrade. He is an associate of the Zagreb Acting Studio, where he teaches the Strasberg Method.
In his directing work, he worked with different titles, authors and directions. The first years of his professional career were marked by collaborations with Serbian playwrights of the younger and middle generation: Fedor Šili, Minja Bogavac, Dušan Spasojević. He is interested in contemporary regional and European authors: David Harrower’s “Presence”, John Osborne’s “Look Back in Anger”, Lutz Hübner’s “Gretchen, Page 89”, Igor Štiks’ “Flour in the Veins”, Yasmina Reza’s “Bella Figura”, Ivan Vyrypaev’s “Drunks”.
A significant part of his work is dedicated to documentary theatre, where authorial projects are created by recording topical conversations with selected anonymous interlocutors who reveal their authentic experiences: “Waiting Room” and “Fertile Days”, “In Commemoration of the Seagull”, “Our Fathers Were the City (Builders)” , “The Fifth Park”.
The classic works of dramatic literature that he directed include “The Servant of Two Masters”, a comedy by Carlo Goldoni, Euripides’ “Alcestis”, “Lorenzaccio” by Alfred de Musset.
Isidora Žebeljan’s opera “Two Heads and a Girl” based on the libretto by Borislav Čičovački, on which he worked in 2016, represents his first experience in the field of opera directing; he was a director supervisor of the children’s opera “Children’s Room” by M. Živković, based on verses by Desanka Maksimović
A large and growing part of his director’s oeuvre consists of plays based on dramatisations of the novels: “Municipal Child” by Branislav Nušić, “A Goat in Milk” by Yuri Polyakov, “Elijah’s Chair” by Igor Štiks, “Lazy Days” by Erlend Loe,  Sándor Márai’s “Peace in Ithaka”,  “Blue Moon” by Damir Karakaš, “The Use of Man” by Aleksandar Tišma, “Mephisto” by Klaus Mann in Ujvideki Szinhaz…

For his work he has been awarded many national and regional awards, including three Sterija Awards (for the author’s project of the play “Waiting Room”, for directing the play “The Wizard” and for the best play “Drunks”), two awards of Sarajevo magazine “Dani” - Brave New World within the MESS Festival, “Mira Trailović” Award - Grand Prix of the Bitef Festival, “Ljubomir Muci Draškić” Award, “Bojan Stupica” Award, City of Belgrade Award for Theatre Creativity - “Despot Stefan Lazarević”, “Anđelko Štimac” Award for Best Director at the International Small Stage Theatre Festival in Rijeka, “Petar Kočić” Award at the Banja Luka Festival, Grand Prix at the Brčko Festival, “Ardalion” Award at the Užice Festival, “Spark of Culture” Award presented by the Institute of Culture of Vojvodina, awards at the “Vršac Autumn” Festival, awards at the Festival of Premiere Performances in Aleksinac, “Budva Theatre City” Award. He is also the recipient of annual awards presented by Atelje 212, Serbian National Theatre, Belgrade Drama Theatre and the Yugoslav Drama Theatre and some others.

He lives and works between Belgrade, Novi Sad and Budva.

SET AND COSTUMES WERE MANUFACTURED IN THE NATIONAL THEATRE WORKSHOPS 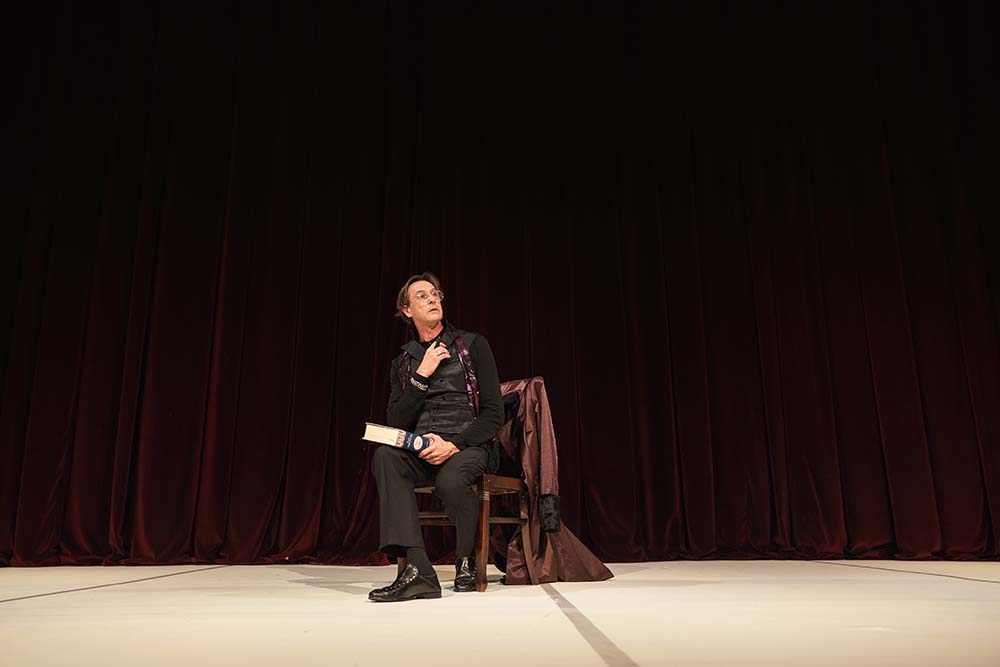 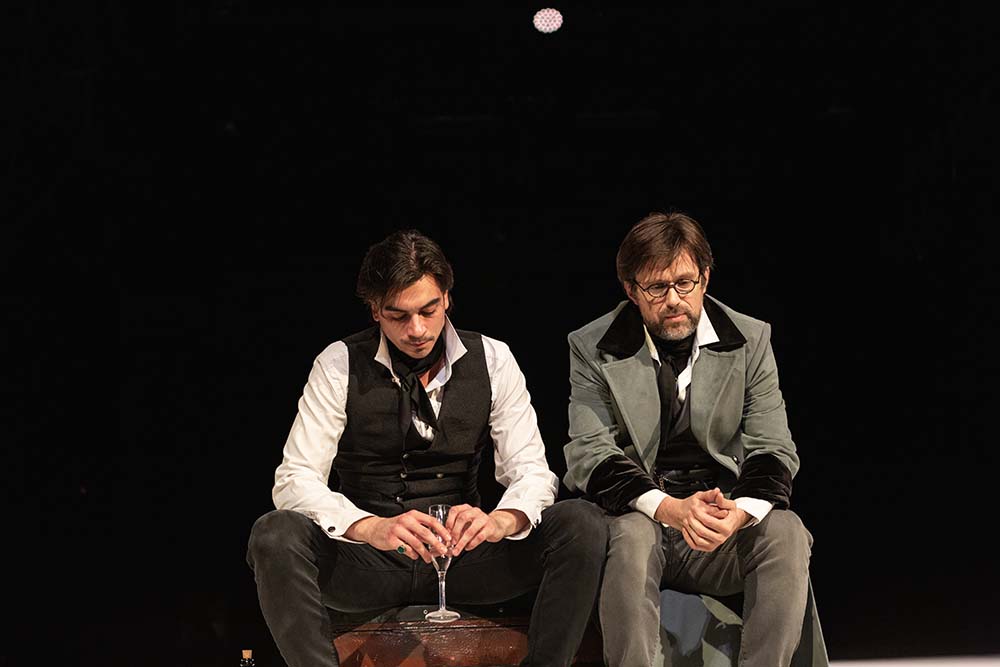 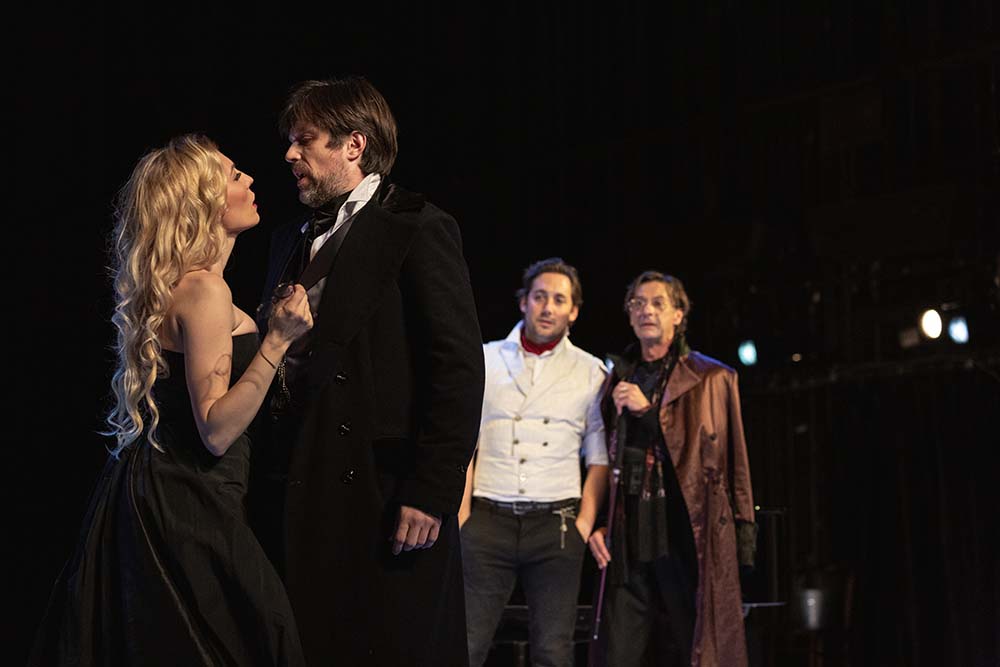 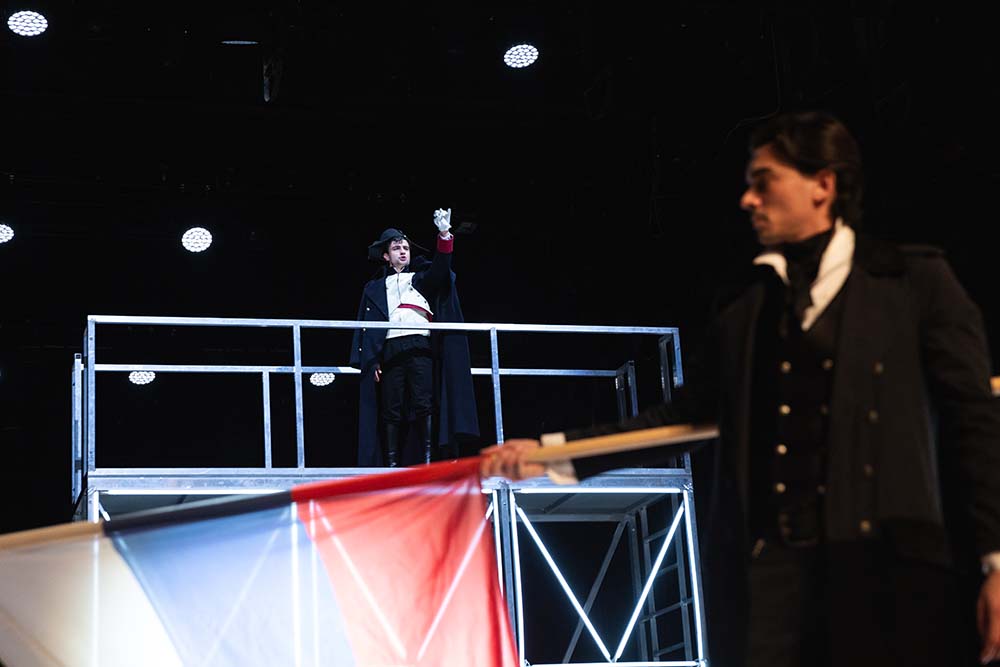 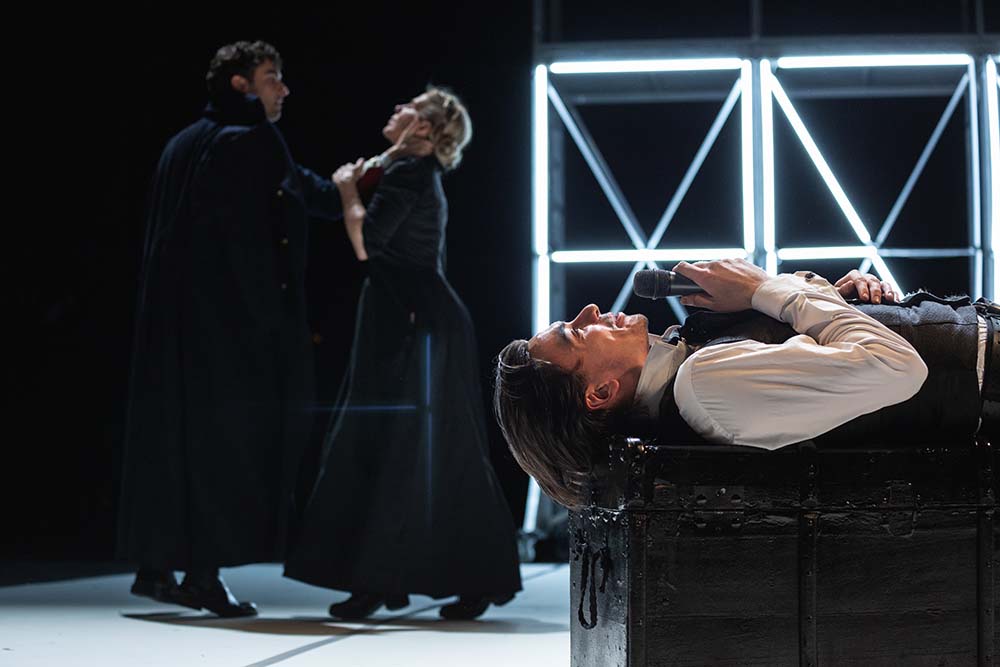 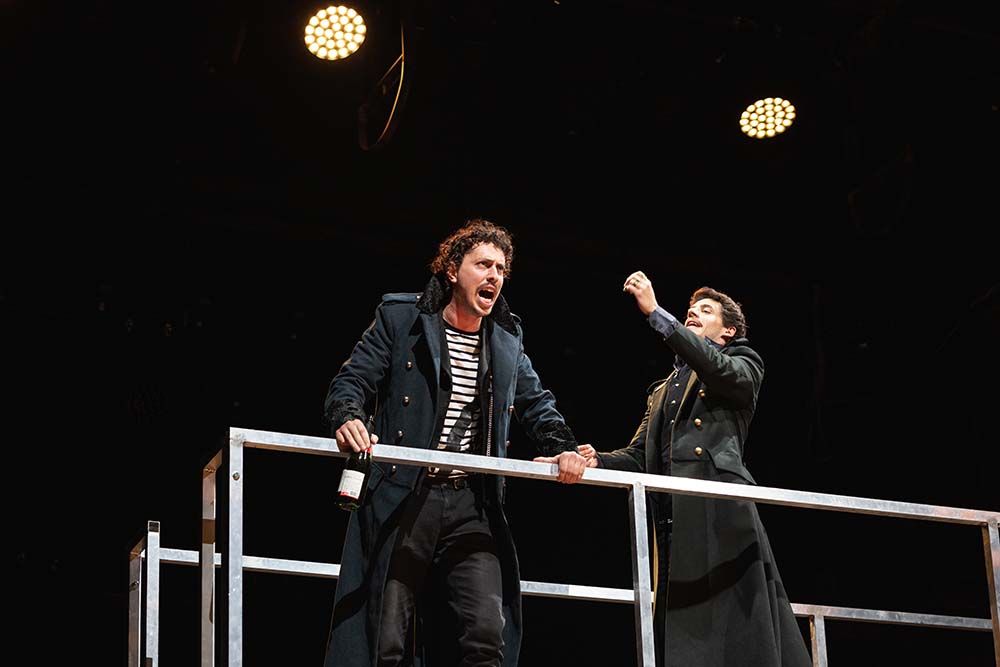 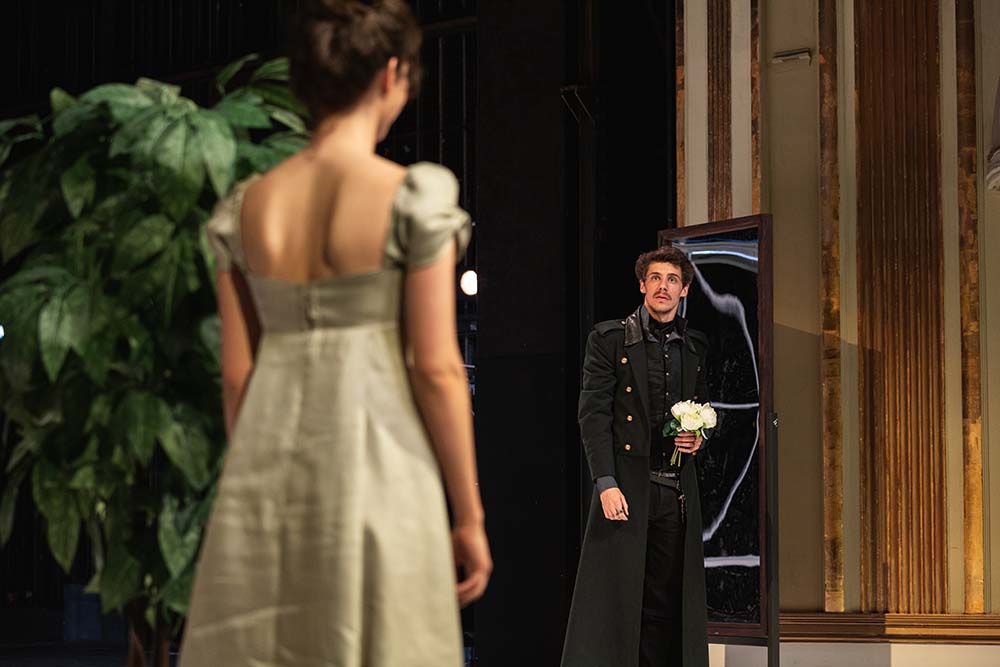 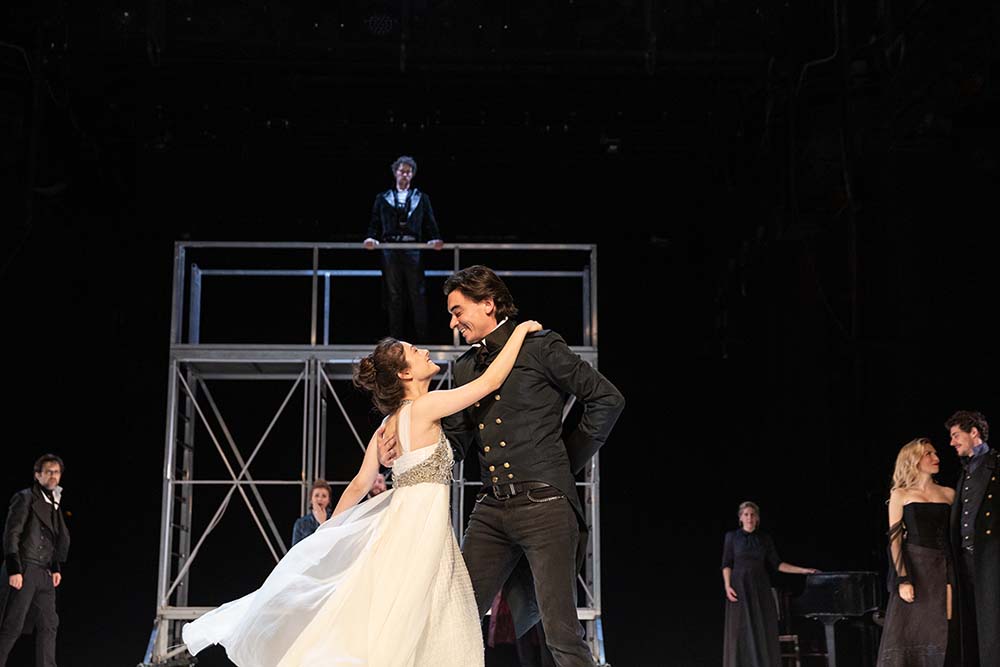 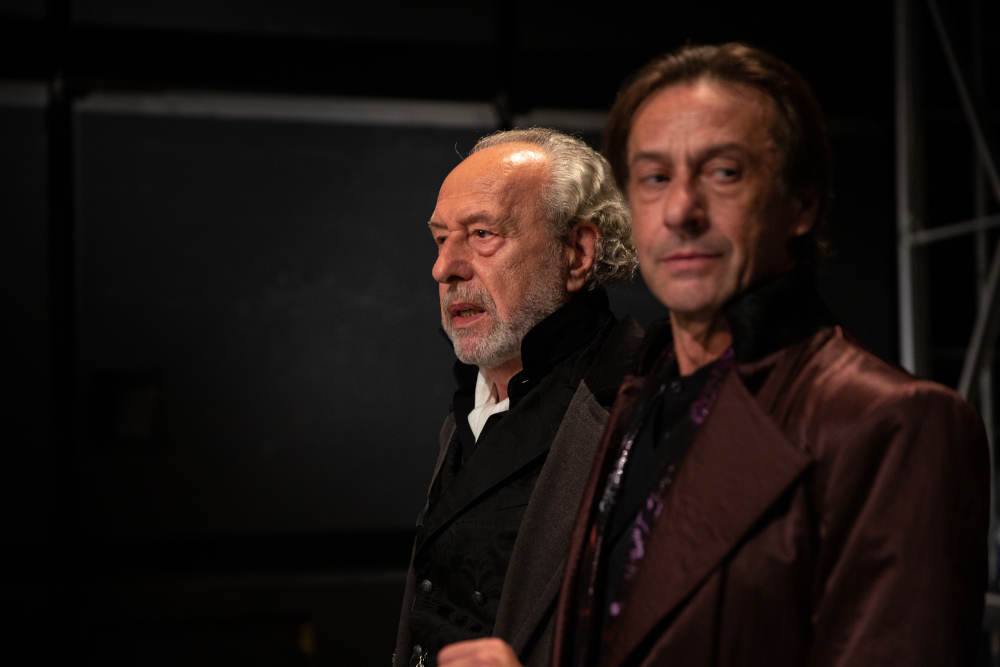 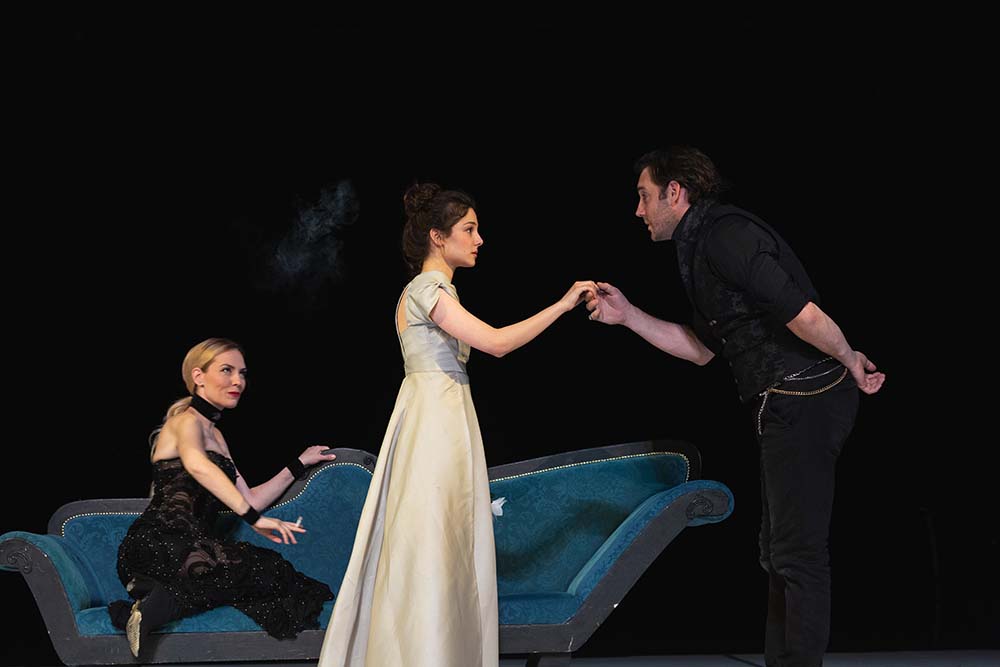 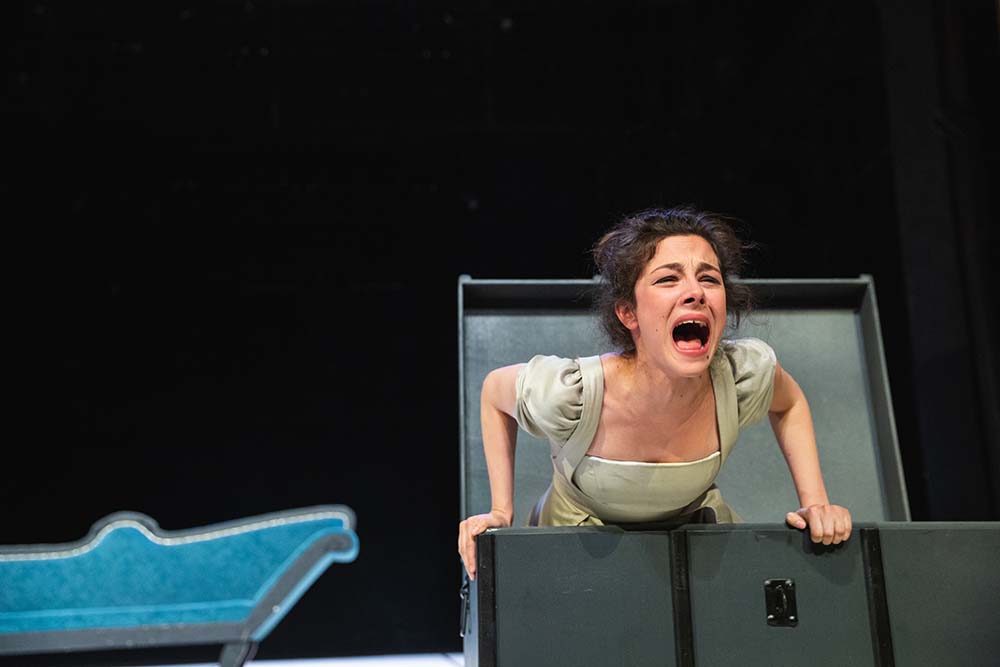 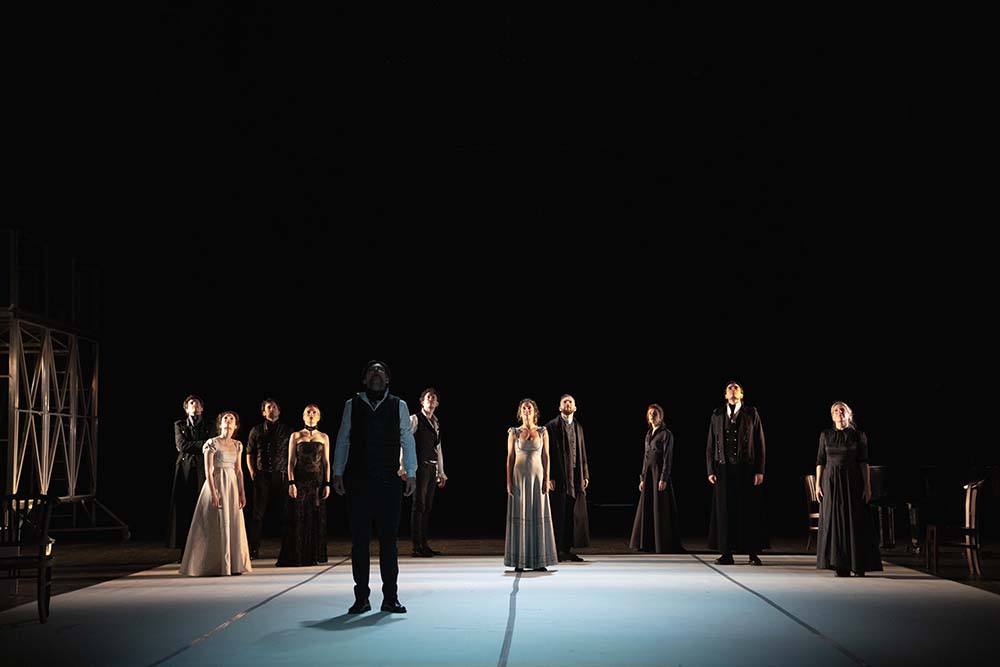 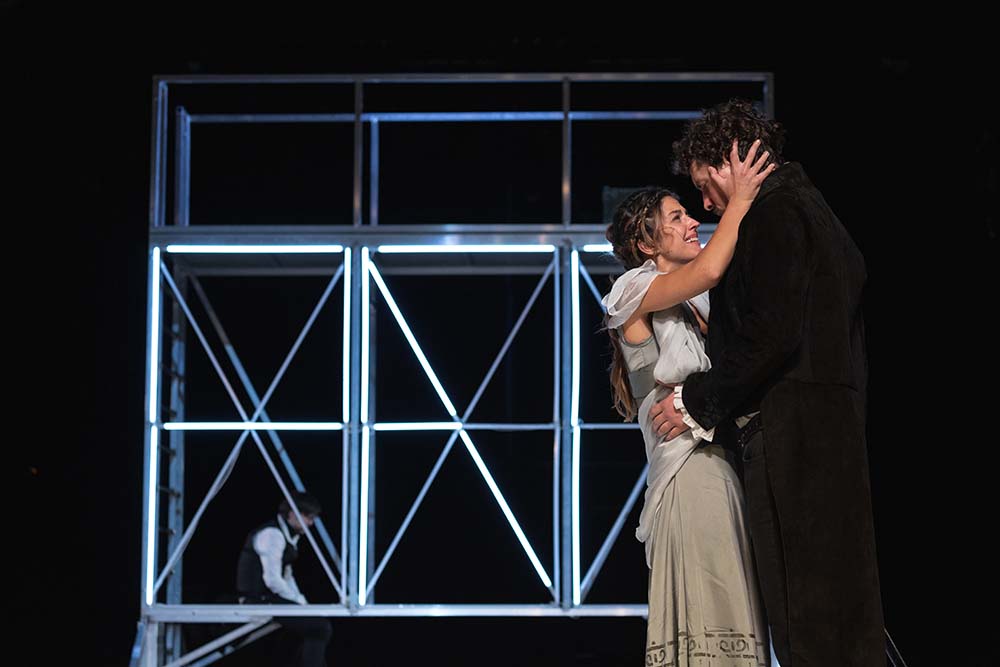 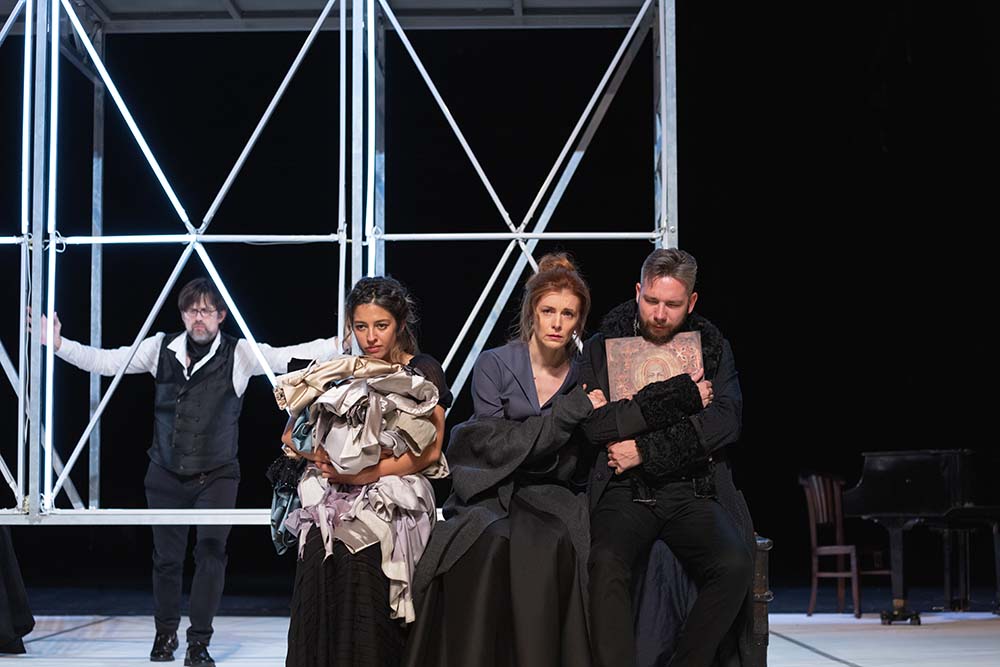 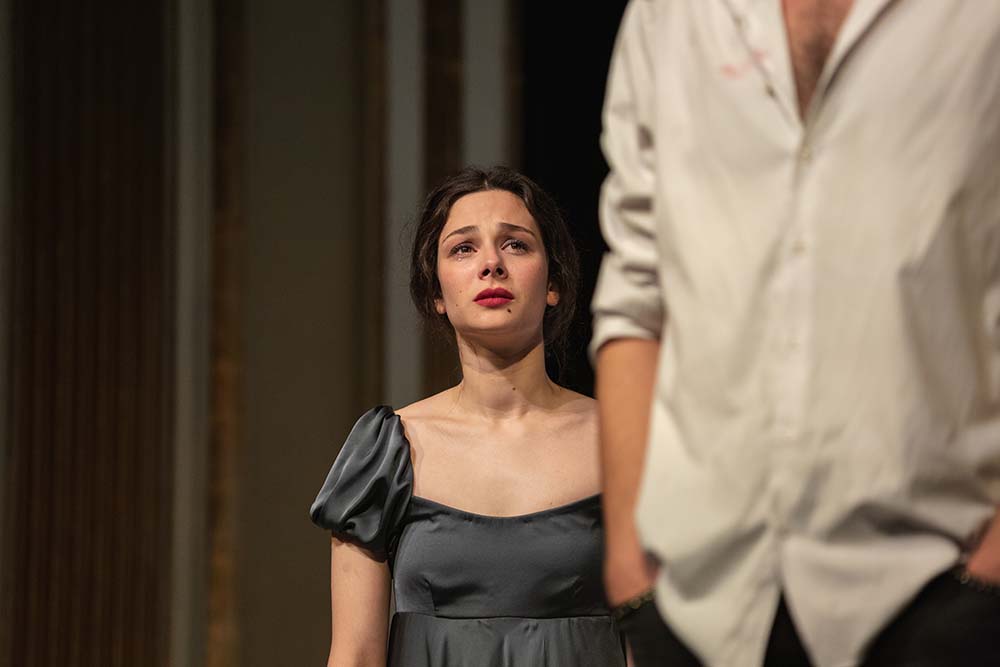 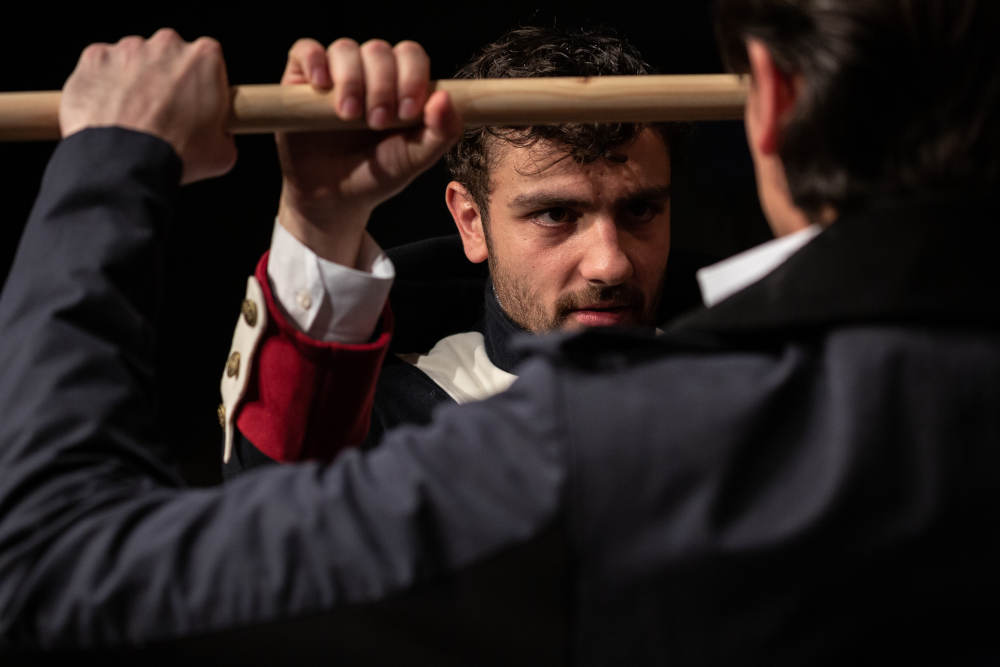 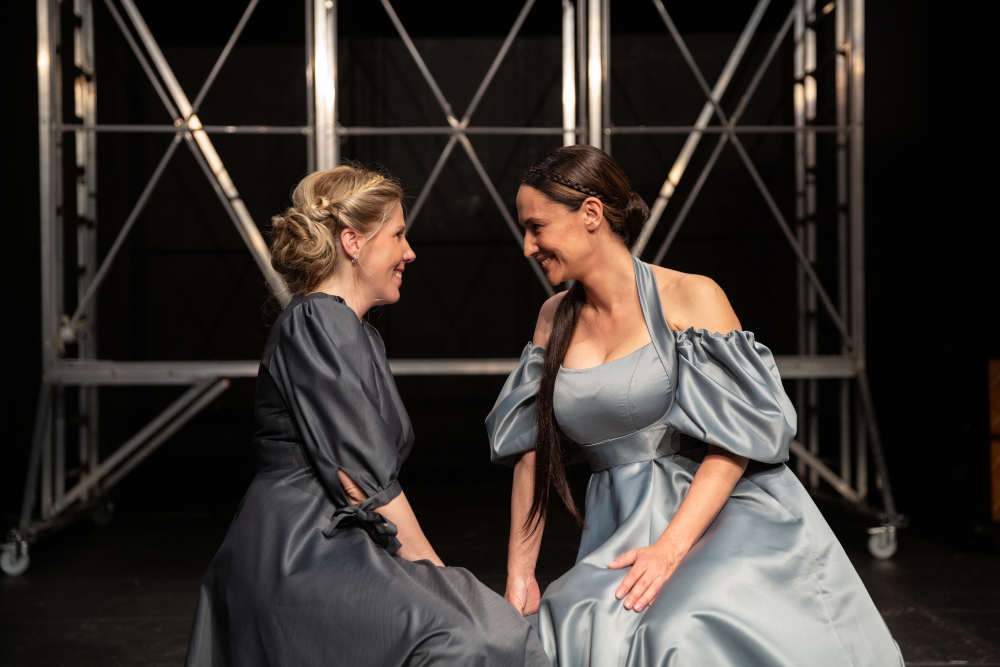 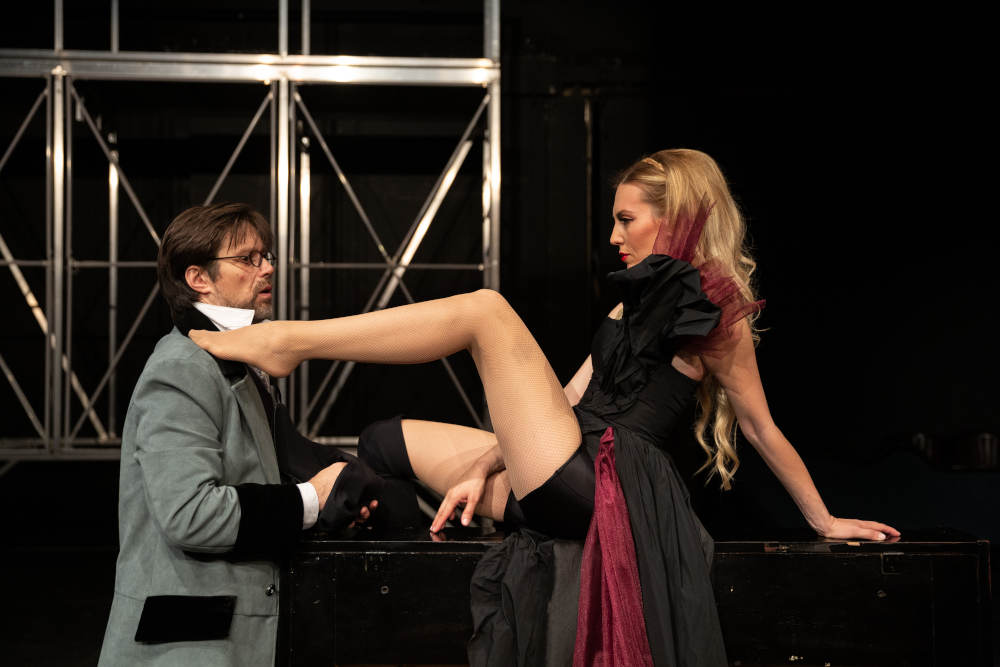 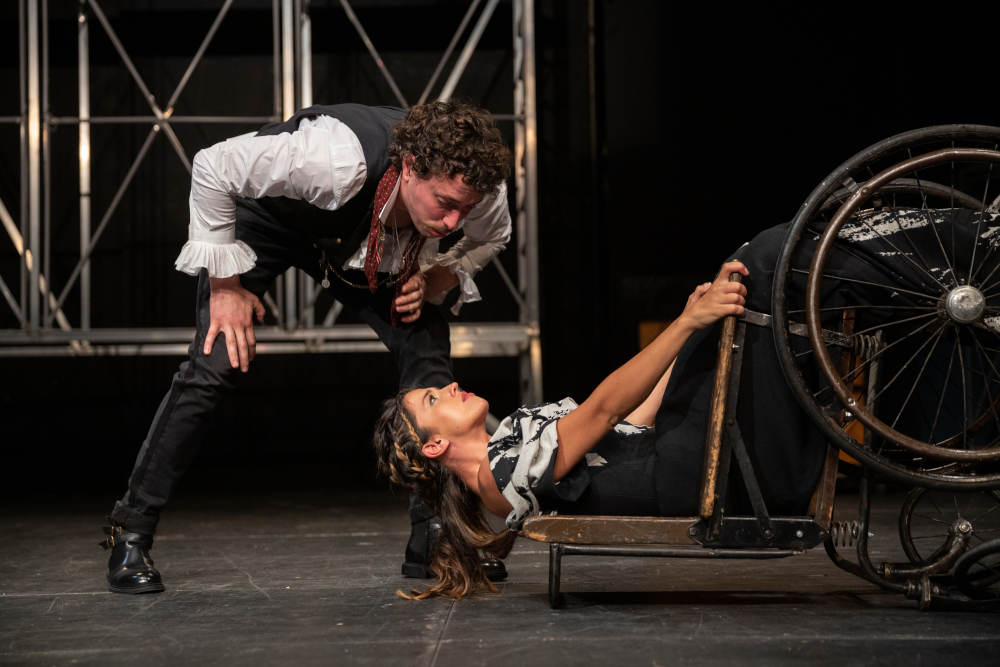 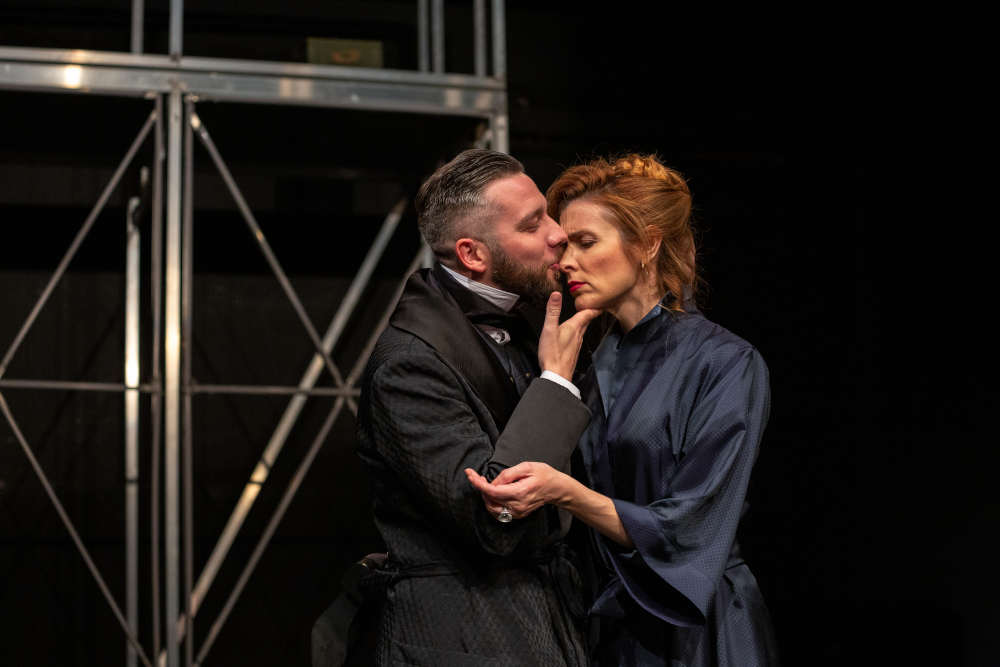