Two-hundredth Jubilee Performance of "Who’s Singin’ Over There" Ballet 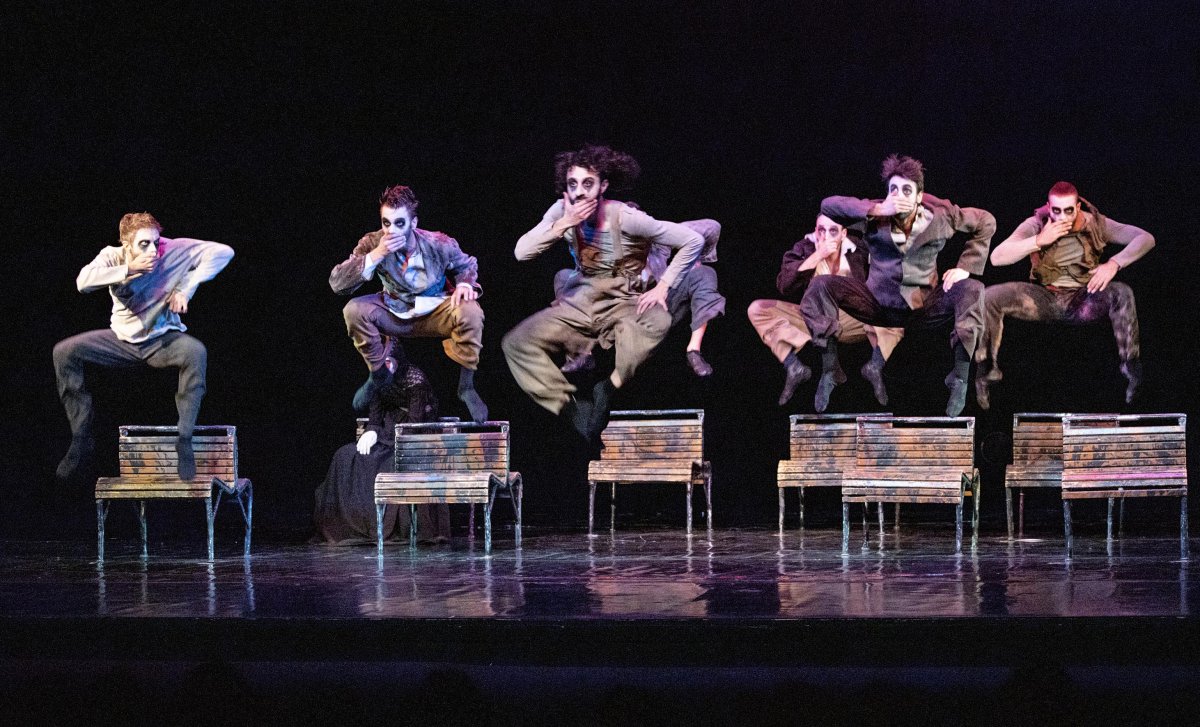 The iconic ballet "Who’s Singin’ Over There" was performed on April 29, on the International Dance Day, for the 200th time.

The ballet, whose libretto was based on Dušan Kovačević’s script for the film of the same name and was made to the music of Voki Kostić, choreographed and directed by Staša Zurovac, caused quite a commotion among the cultural public at the very beginning.

Namely, at that time, the public still could not accept the fact that, after the legendary film made in 1981 whose replicas have long become a part of everyday speech, someone actually "dared" do nothing less than a ballet.

However, already at the premiere performance, on December 22, 2004, all doubts were cleared.

Ballet art lovers enthusiastically accepted the production, and it was not only journalists and critics, but also many others who had not attended ballet performances before, that expressed their fondness for the show.

The critic of "Politika" newspaper, Petar Volk, said in his review, a few days after the premiere, that it was a show of "extraordinary values".
"When the magnificent music of Vojislav Kostić and the expressive choreography of intentional rhythms and inner meaning with which the players are inspired are combined together, a performance of extraordinary values is the result. The film remained what it is, however, the ballet will be remembered", Volk said.

Savo Popović from "Večernje novosti" daily, in his article entitled "A Hit from the Bus", among other things, pointed out that “the standard that has long been used in ballet performances in the West has been reached here: there are no leading and supporting roles - they are all soloists.”

The critic of the Zagreb daily, "Jutarnji list", Branimir Pofuk, noticed that the entire ensemble of the National Theatre was excellently coordinated, equally convincing not only in its gross grotesque, but also in its tender lyrical performance, and that is why it deserves all praise.

So, an attractive cast, in which there are no leading and supporting roles, superb music without which the show would not be so special, great choreography and directing through which our mentality is presented, are just some of the details that secured "Who’s Singin’ Over There" ballet its iconic status.

Thanks to its universal storyline, the show was understood and appreciated also by the audience who attended its numerous performances on tour all around the world: in Bogota (Colombia), Rome (Italy), Toronto and Ottawa (Canada), Cairo (Egypt), Budva and Tivat (Montenegro), Banja Luka (Republic of Srpska), Skopje (Macedonia), Timisoara (Romania) and Sarajevo (Bosnia and Herzegovina).

This ballet won the Annual National Theatre Award for the Best Performance in the 2004/2005 season, the April Award of the City of Belgrade and the “Dimitrije Parlić” Award of the Association of Ballet Artists.

"Who’s Singin’ Over There" is the first dance performance in recent theatre history to be performed as a part of the prestigious International Theatre Festival BITEF (2005).

The audience interest in this show has not reduced over time and there are many who have seen it several times.

After the show ended followed by several minutes of loud ovation from the audience in the packed hall, Staša Zurovac, Ana Pavlović, Artistic Director of the Ballet, and Ljubivoje Tadić, actor and former General Manager of the National Theatre in Belgrade during whose term and according to whose idea this ballet was staged, addressed the audience.

Accordionist Miodrag Mića Kostić appeared at taking bow as a special guest, who in the atmosphere of general euphoria, performed the legendary song "Towards Belgrade", which he sang in the iconic film "Who's Singin’ Over There" from 1980. 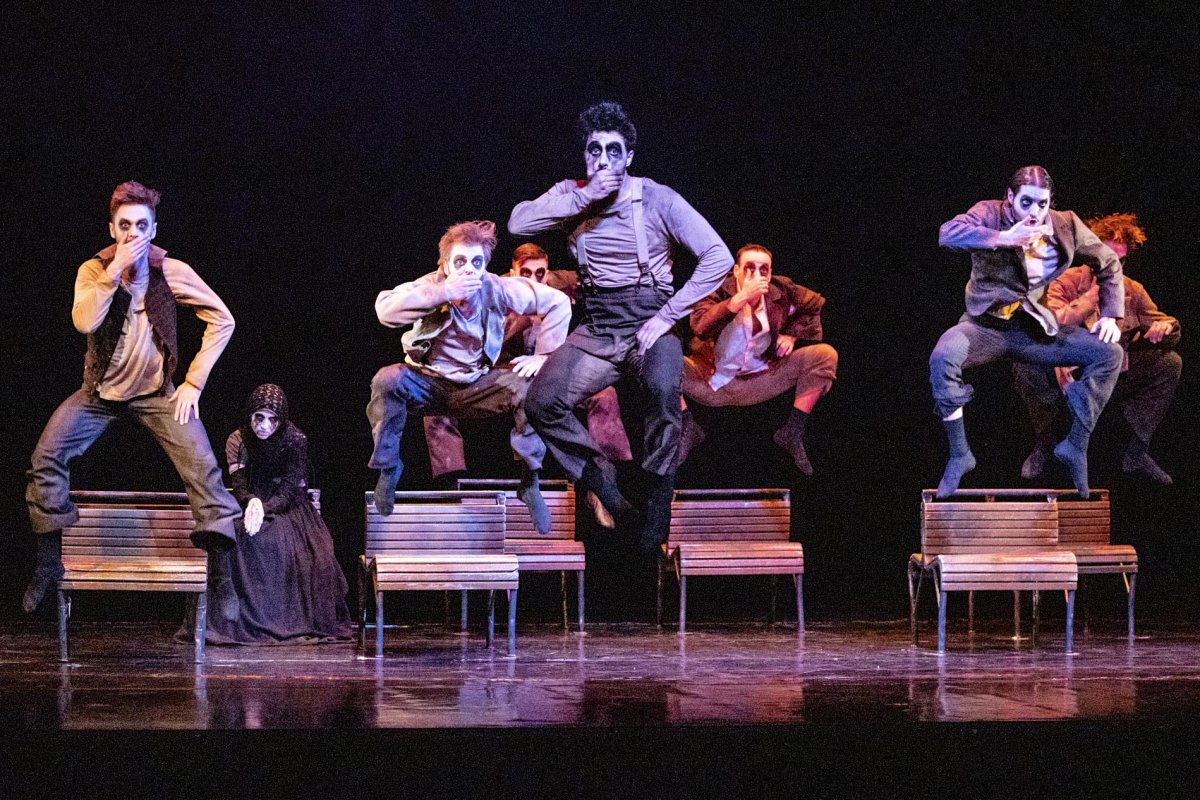 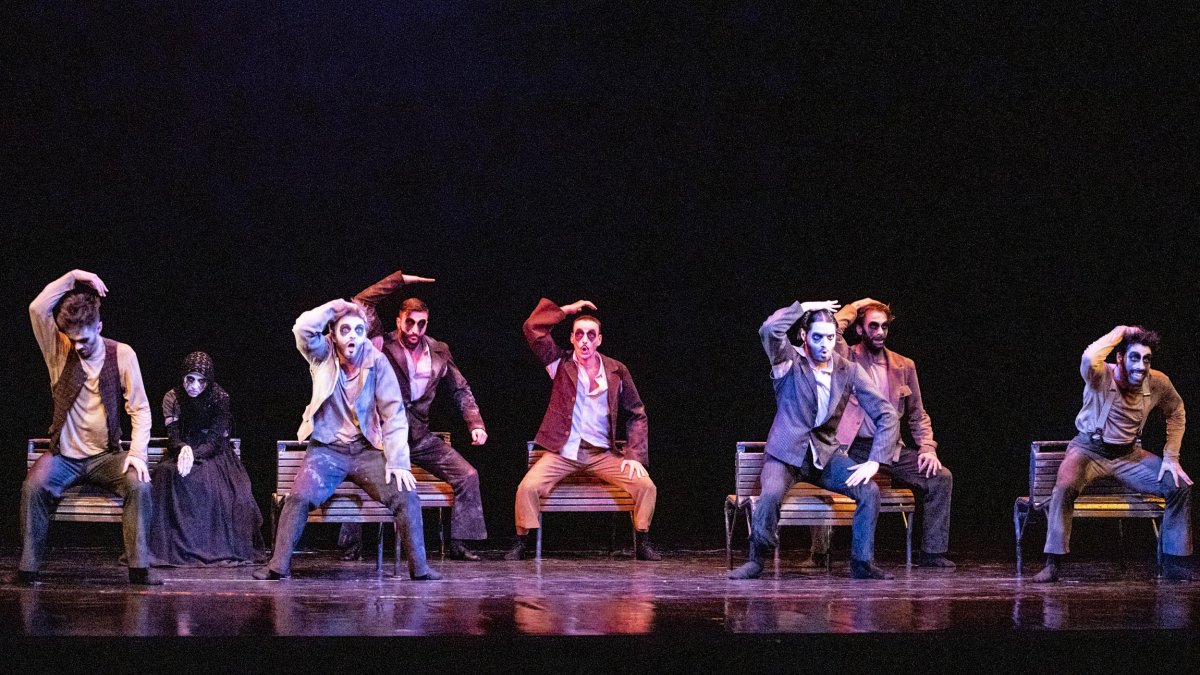 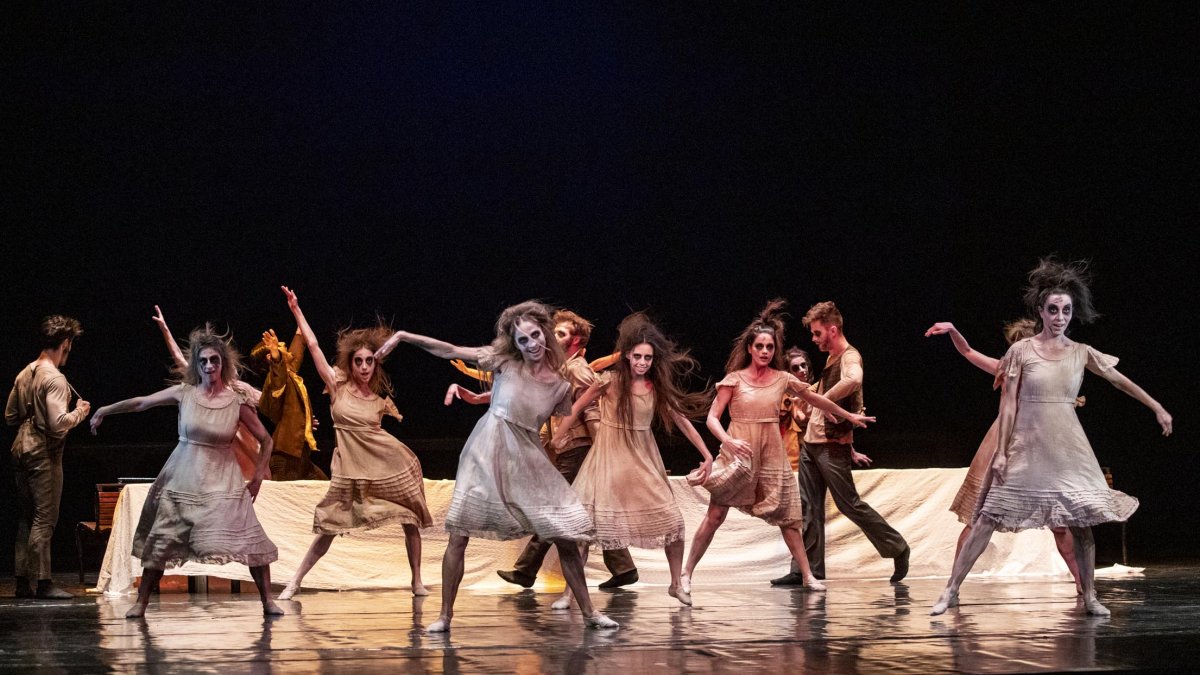 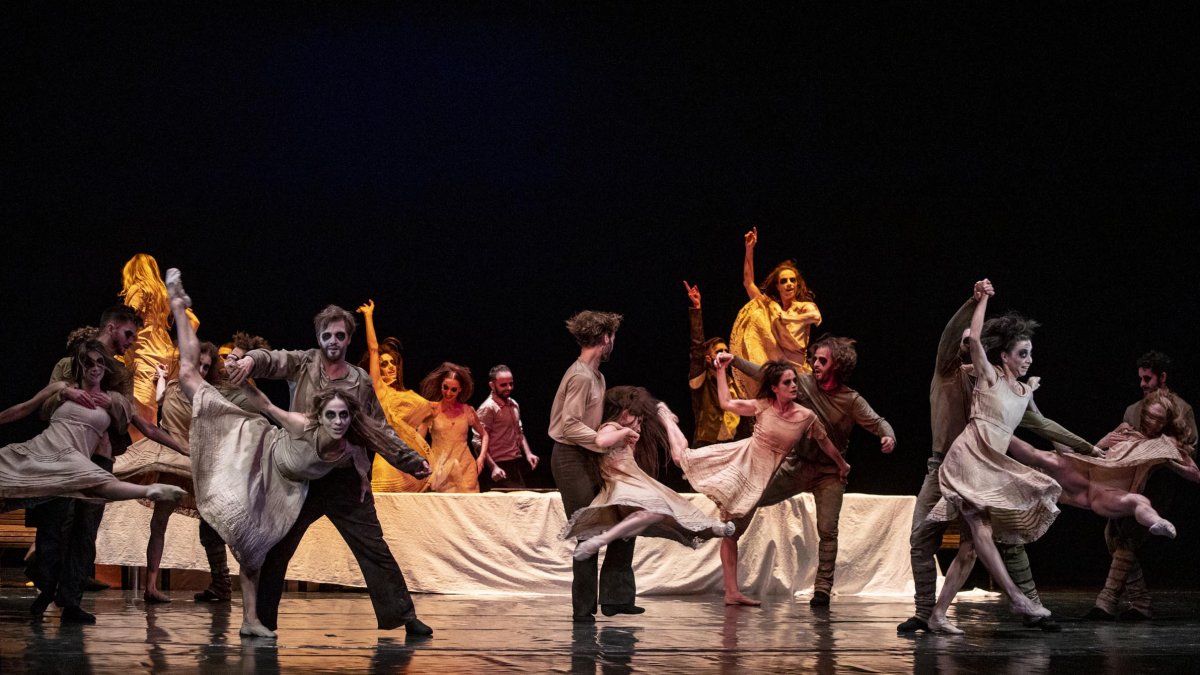 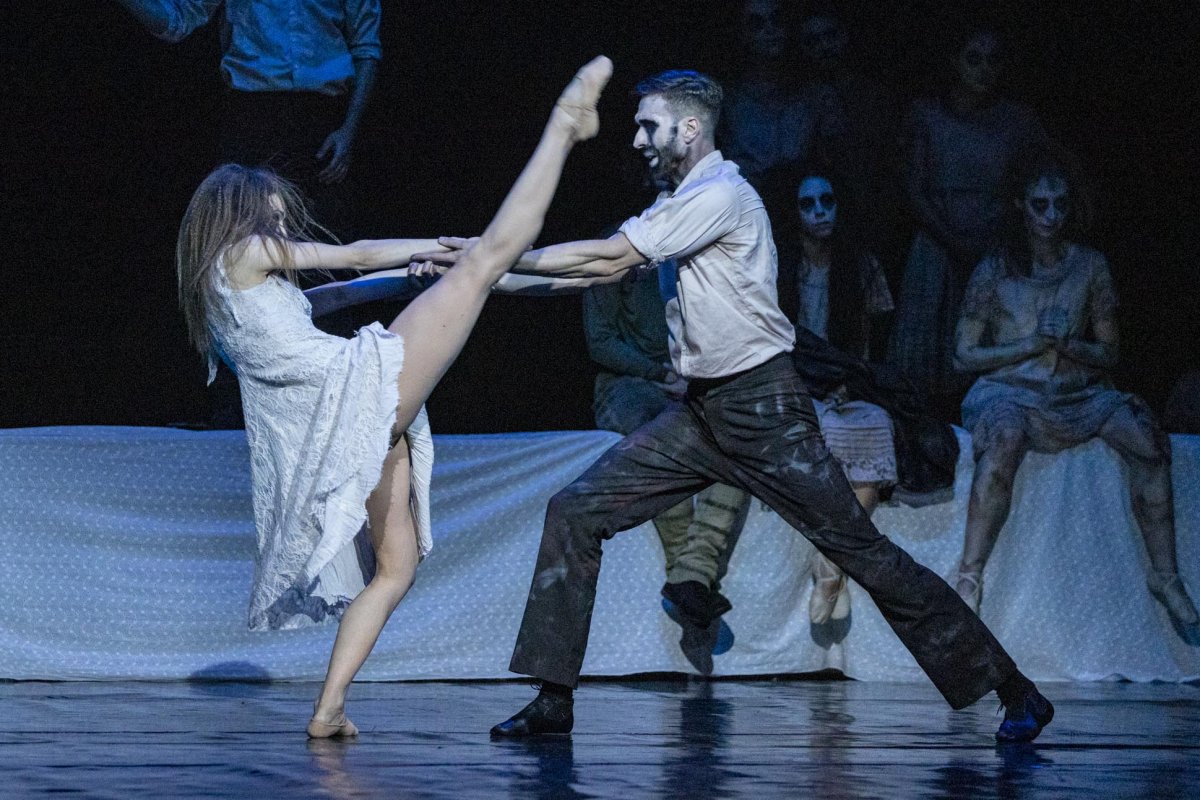 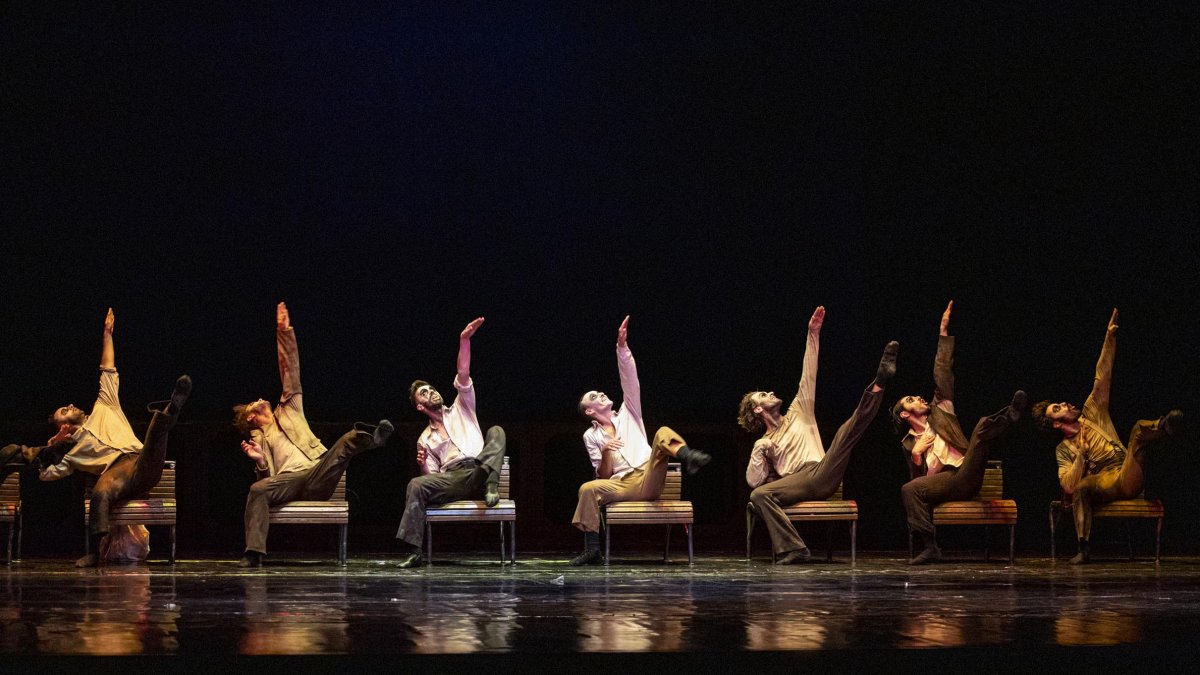 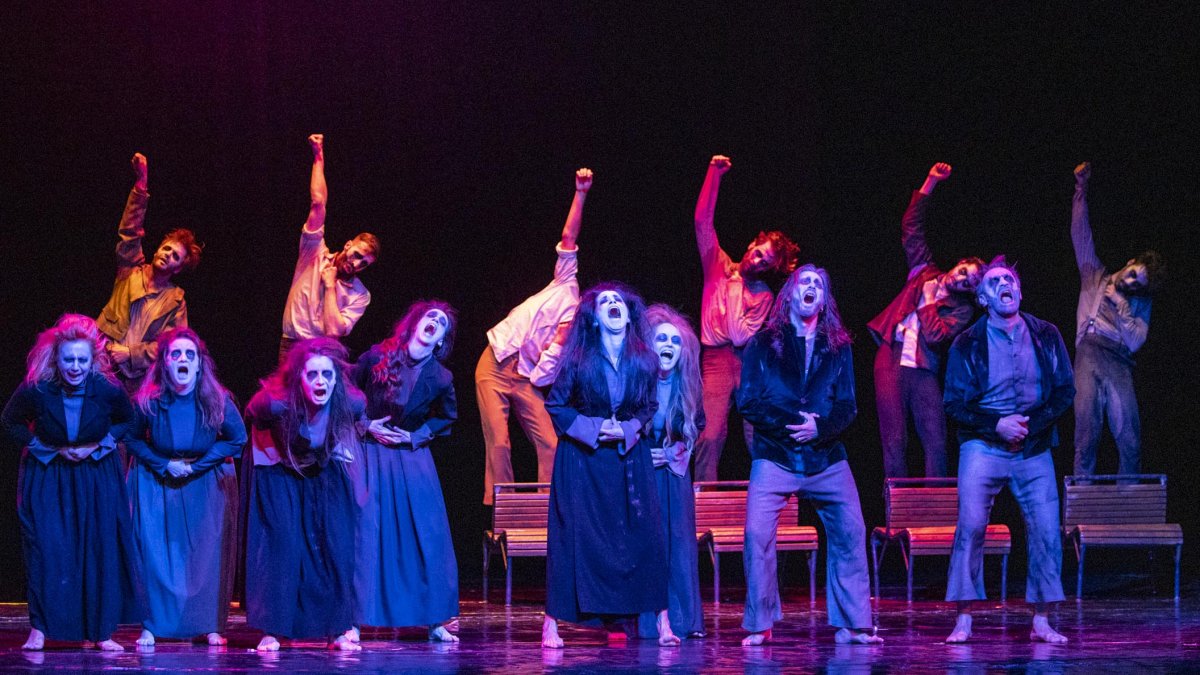 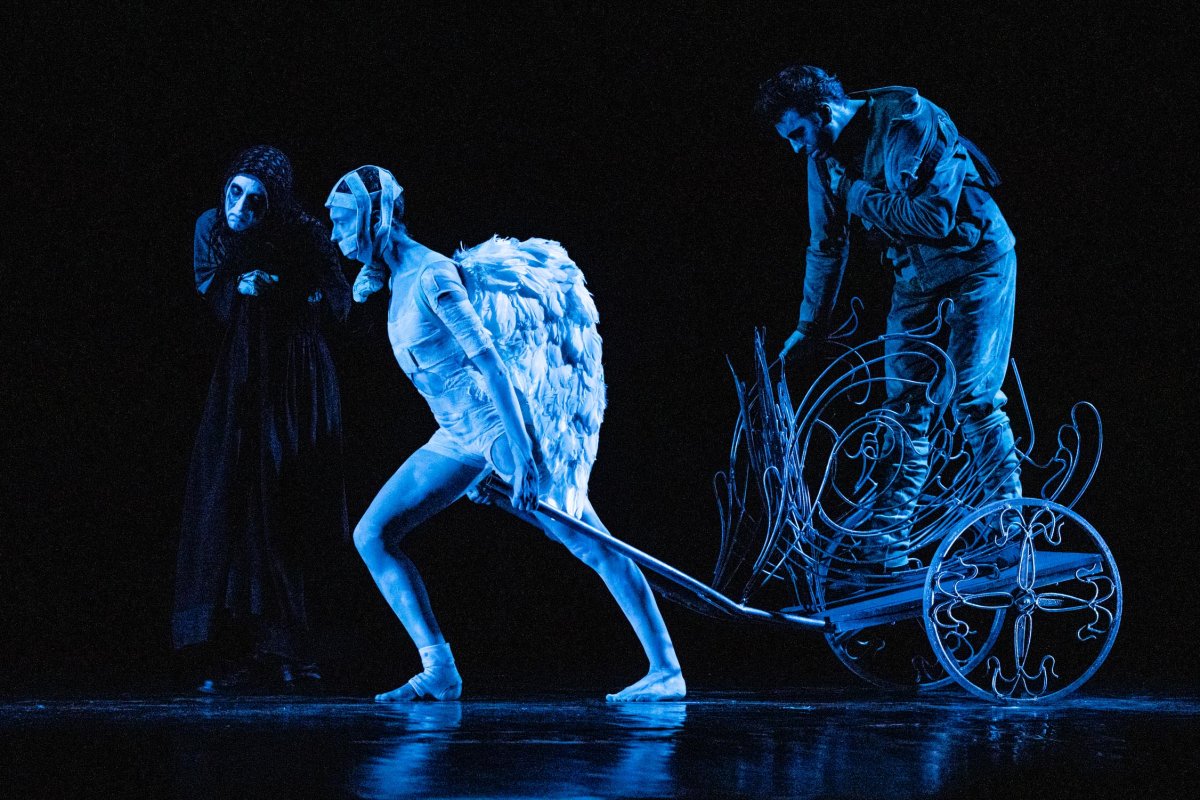 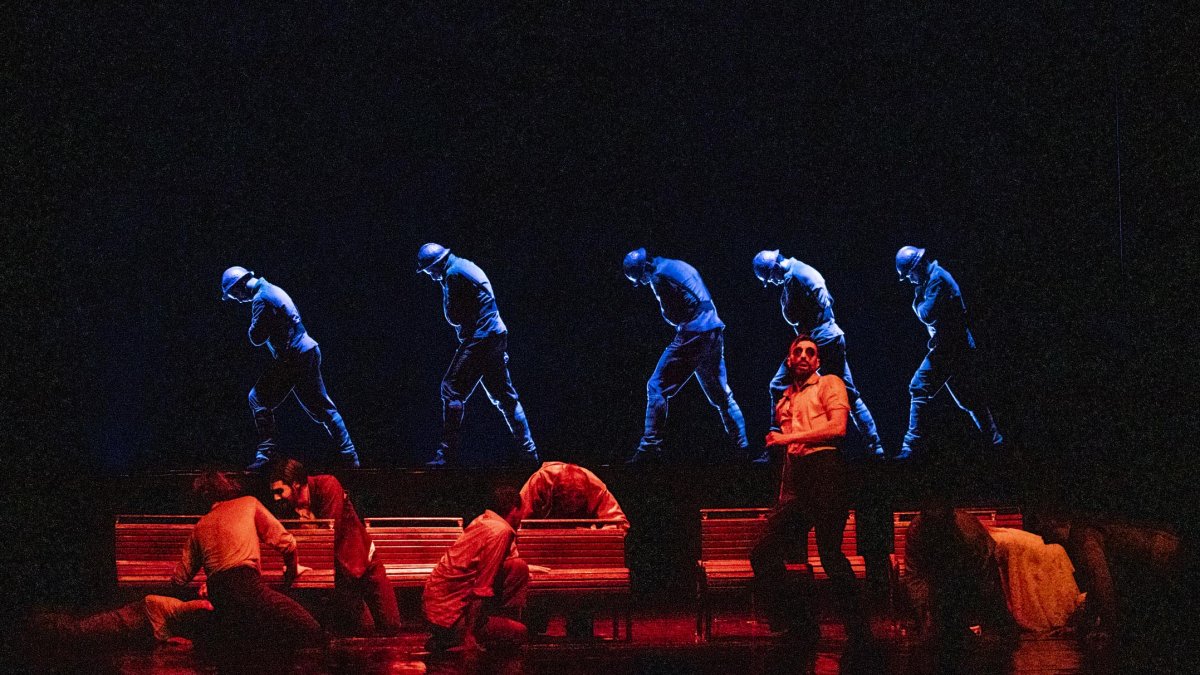 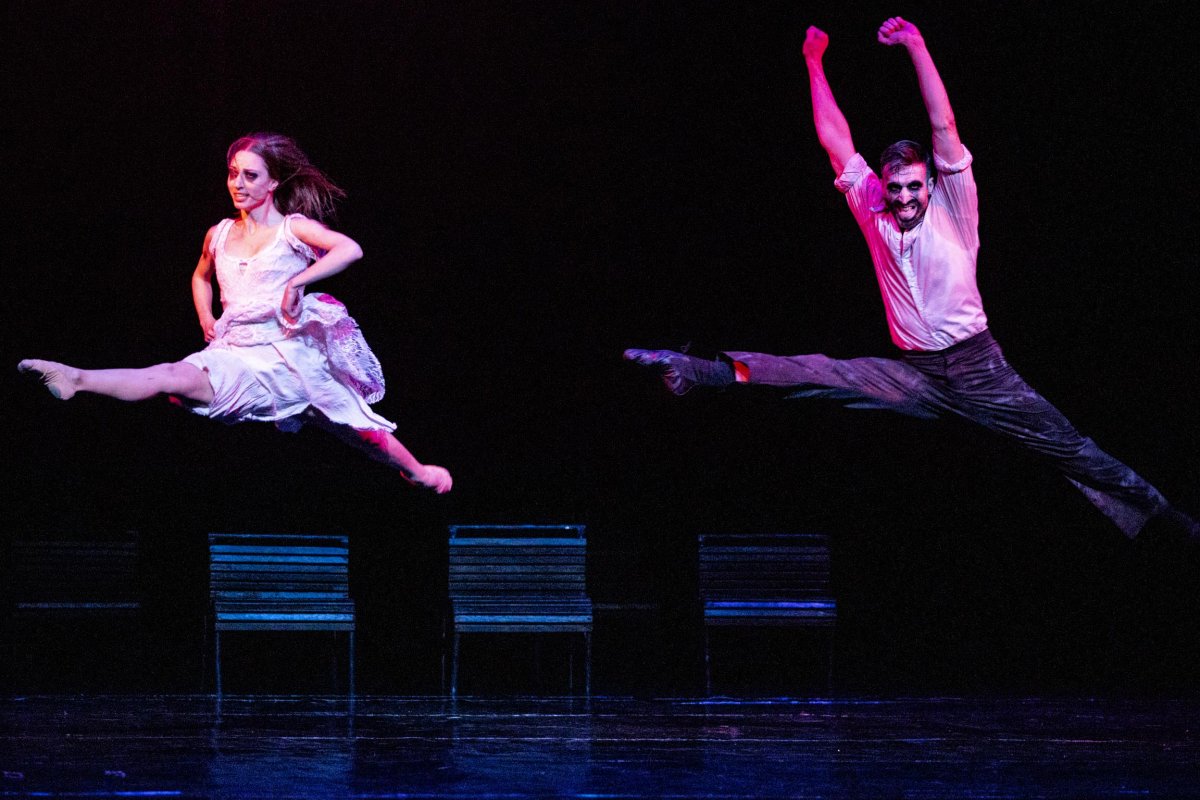 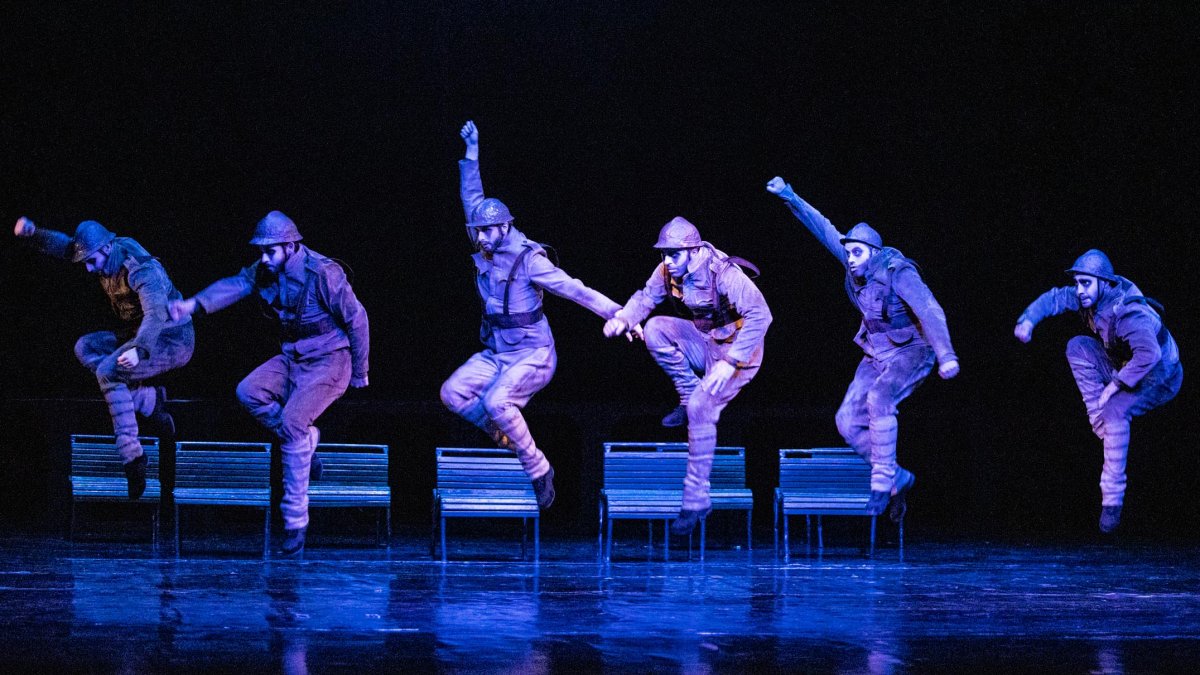 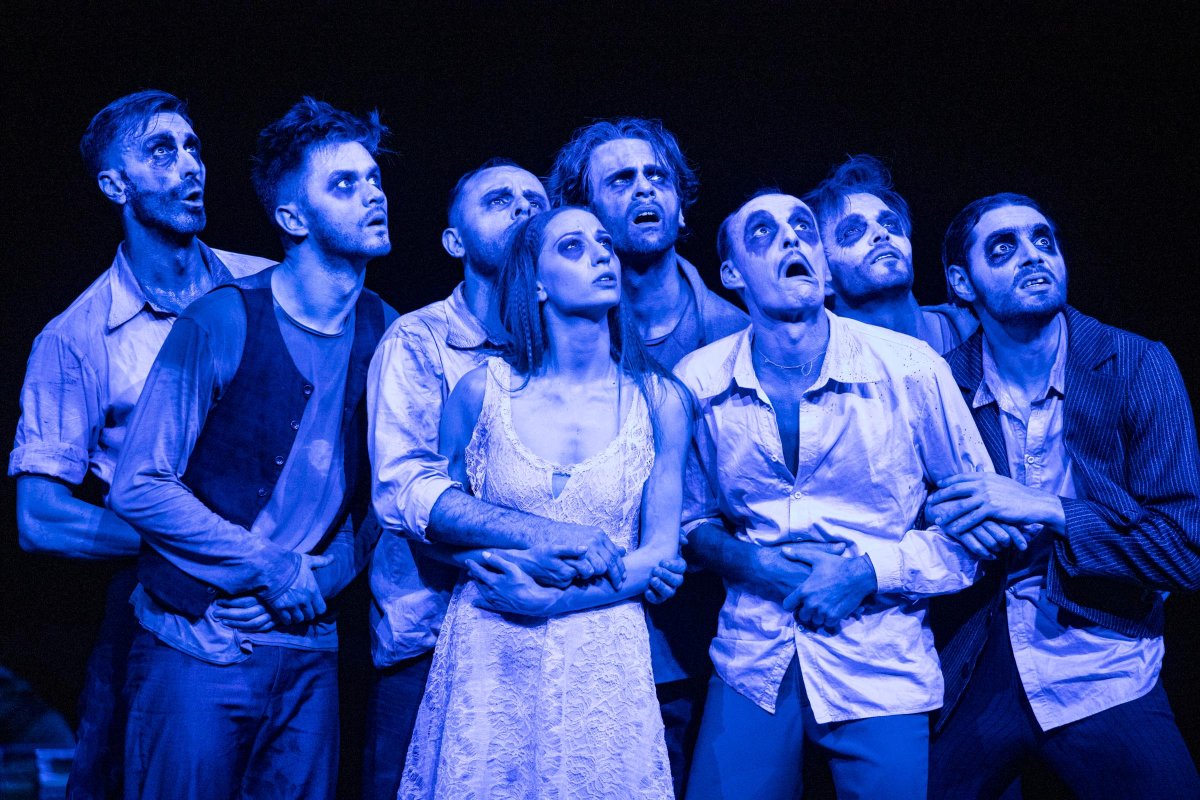 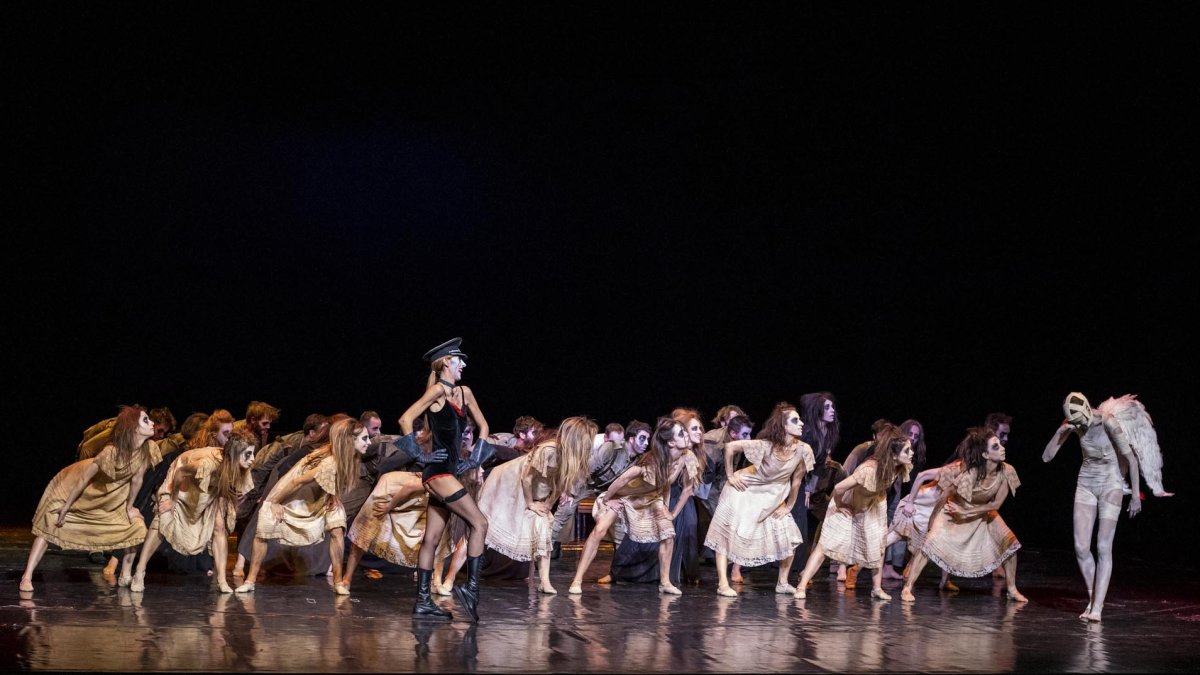 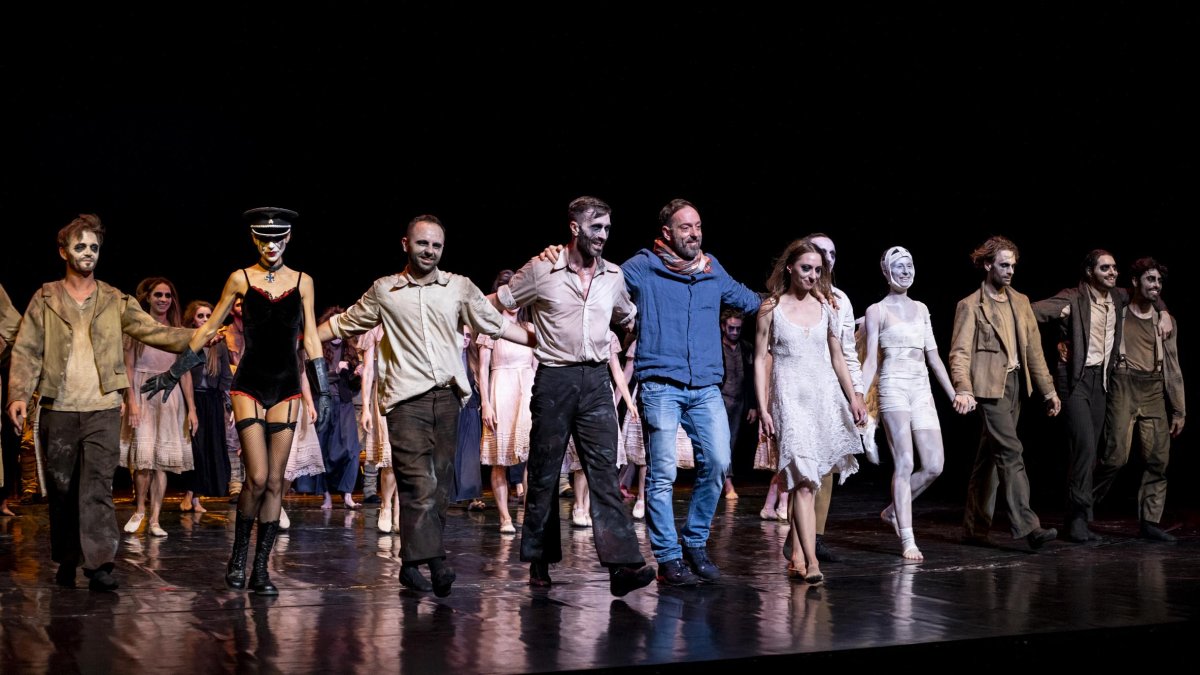 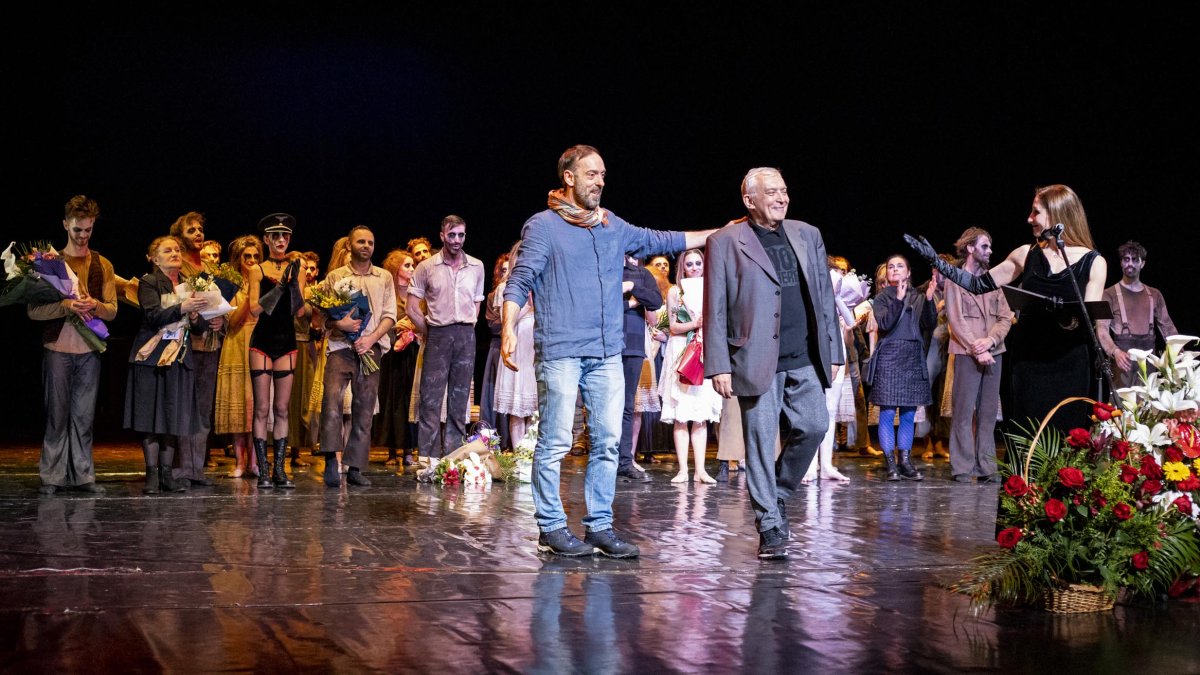 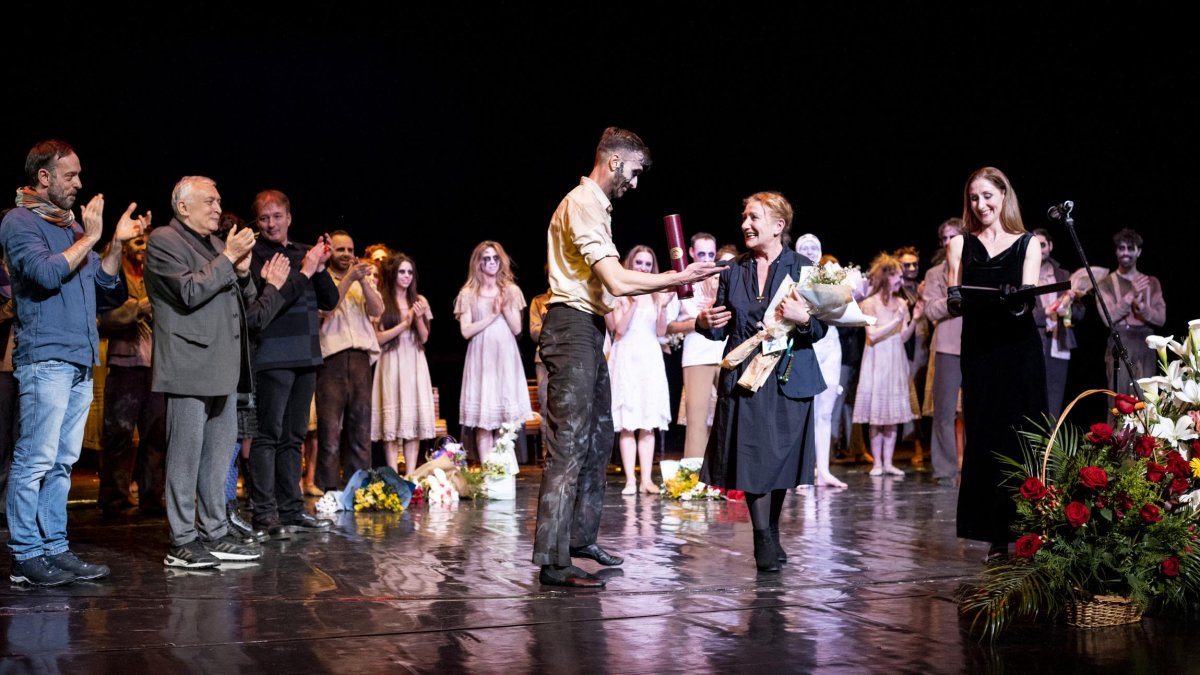 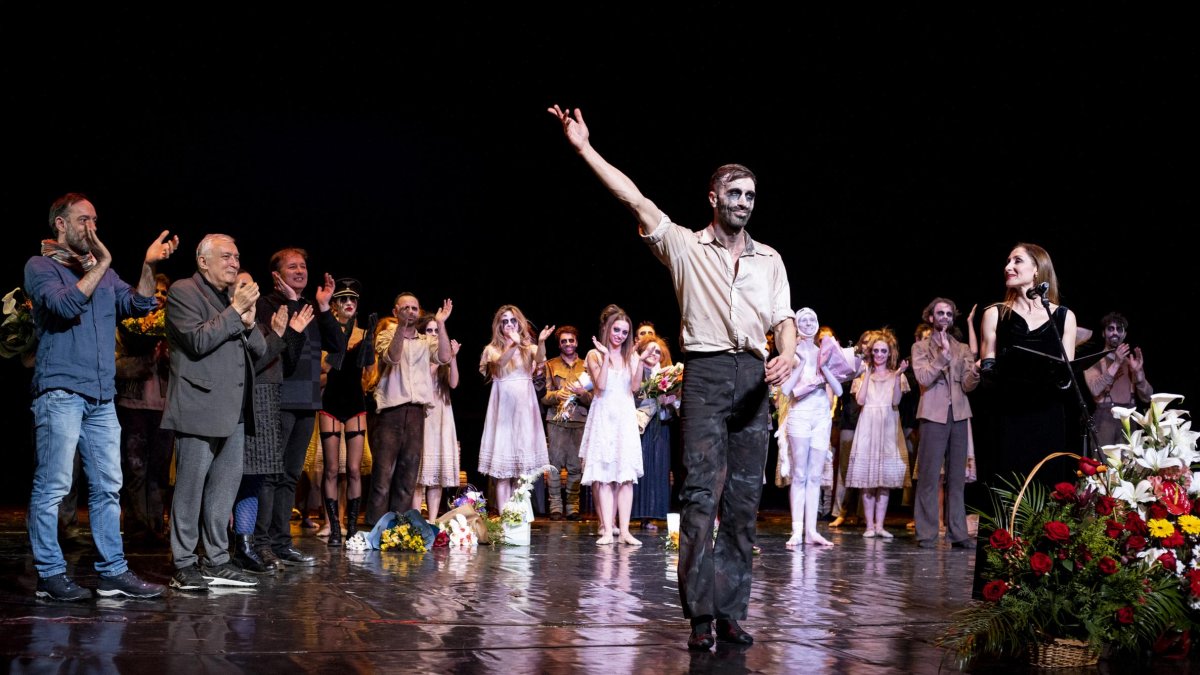 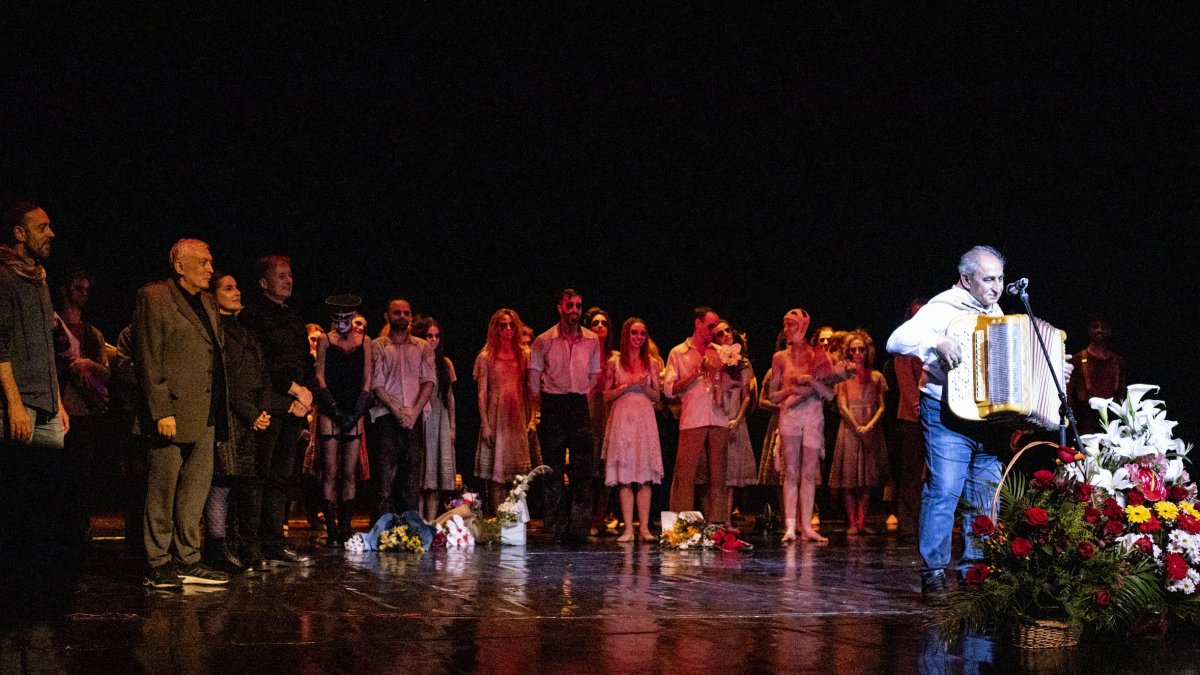 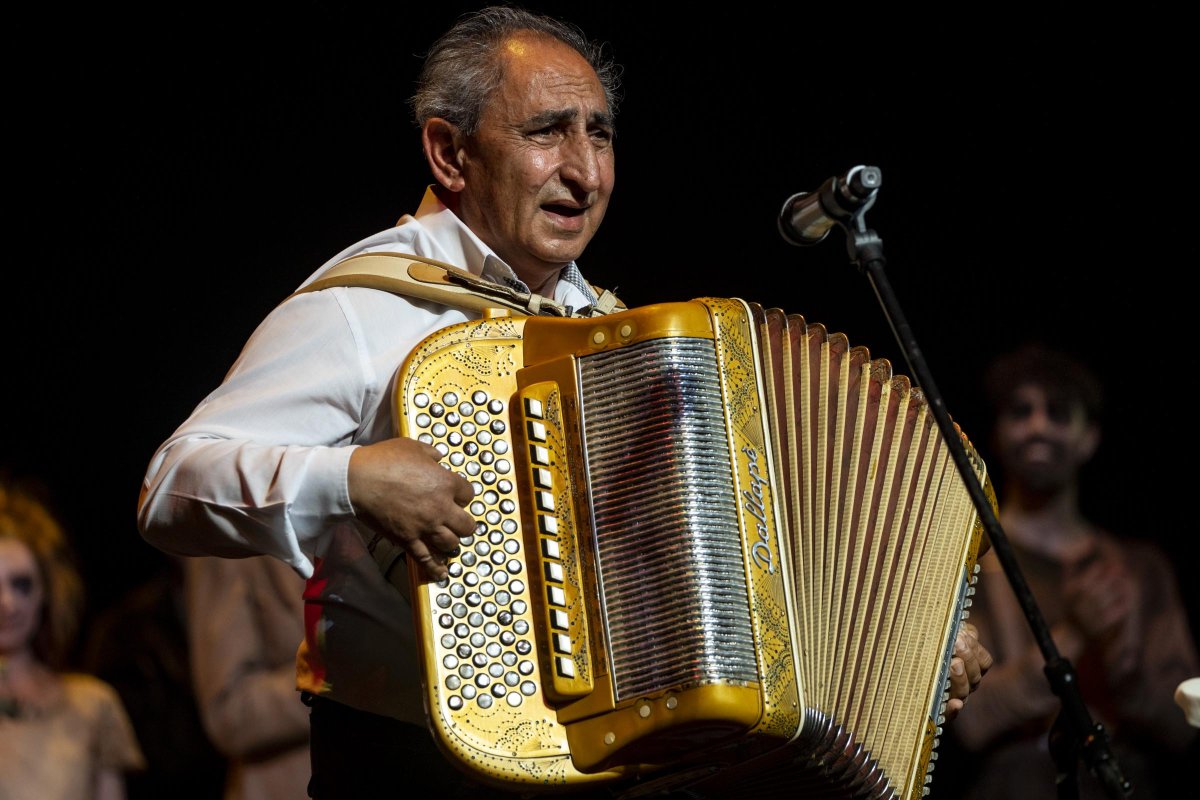 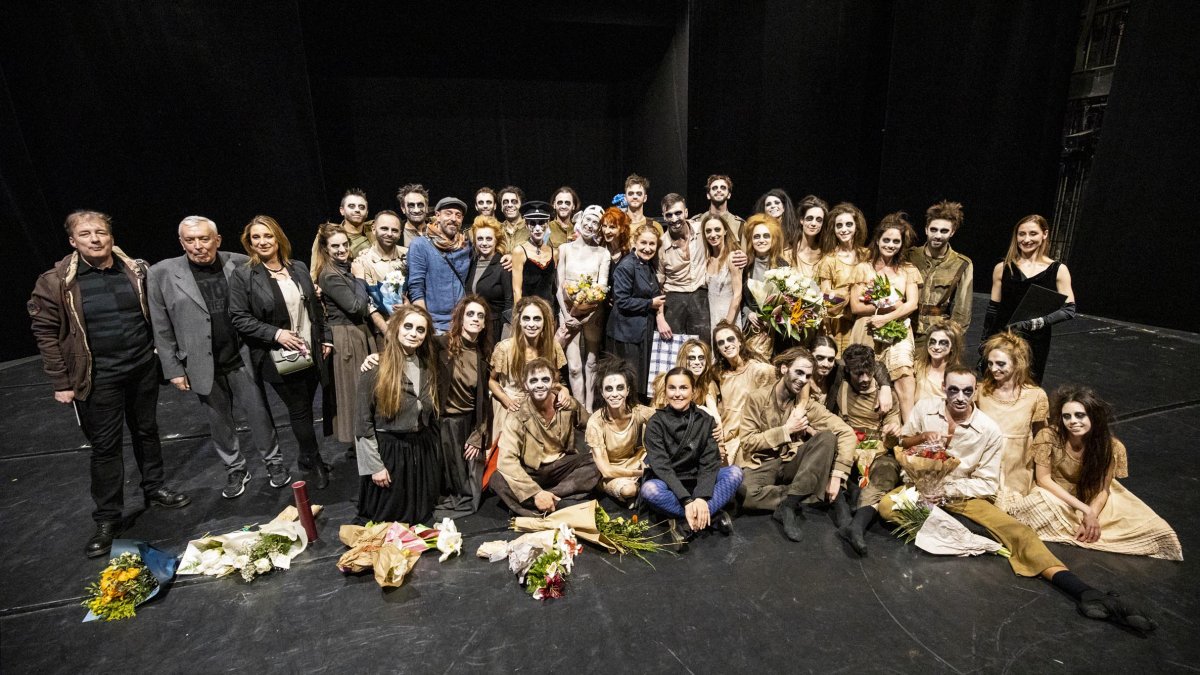